It was the Mario Puzo’s fantasy and creativity that led him to create the Sicilian mobster Vito Corleone – and the rest of the gang for that matter. This American writer, journalist, and screenwriter gave the world a novel that perfectly depicted the life of an Italian Mafioso, their loyalty, and the high importance of family and a friendship.

And like many other great novels, this one too was immortalized on the silver screen in a trilogy entitled The Godfather. Francis Ford Coppola gave life to all of Mario’s fictional characters such as Don Vito Corleone, Sonny Corleone, and Capt. McCluskey. It was in The Godfather II that the young Vito Corleone got off a ship and set foot on American soil for the first time. 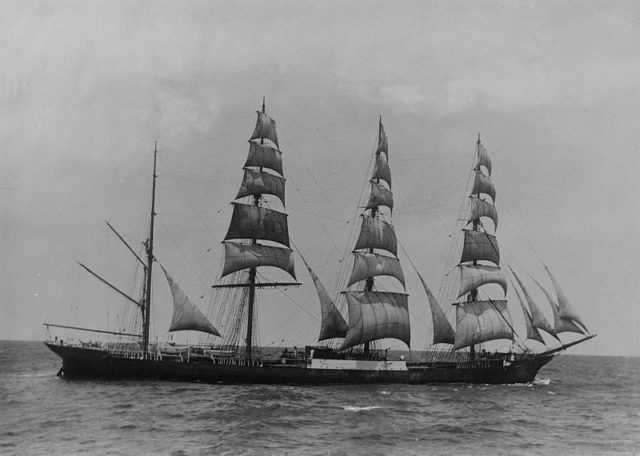 The ship on which Corleone sailed was steel-hulled barque named Moshulu. It was brought to life by shipwrights of William Hamilton and Company, a shipyard in Port Glasgow, Scotland. In its days of youth, this four-masted ship was known as SV Kurt; named in honor of Dr. Kurt Siemers, the president of the Hamburg shipping company, G. H. J. Siemers & Co., for whom she was built. 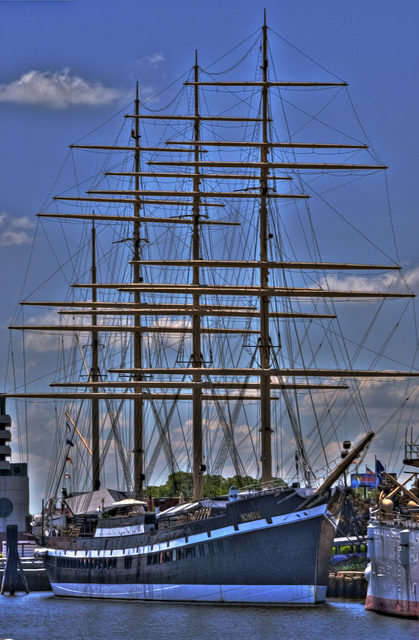 She was launched for the first time in 1904 for use in the nitrate trade. Captain Christian Schütt was the first man to stand behind the helm of Kurt. Four years later came Captain Wolfgang H. G. Tönissen, the man who managed to get from Newcastle, Australia, to Valparaíso in less than a month, fully loaded. 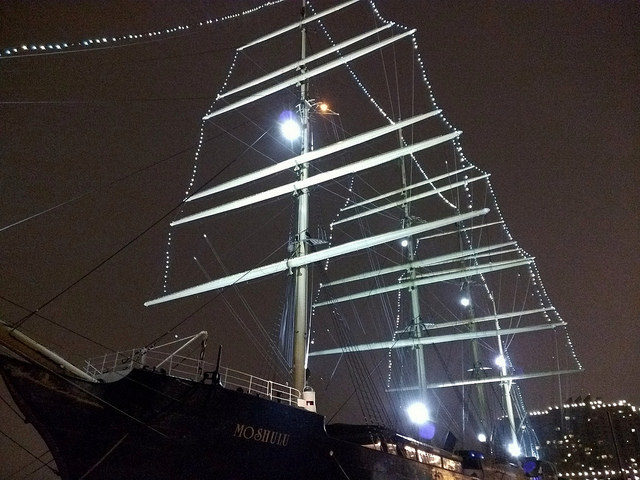 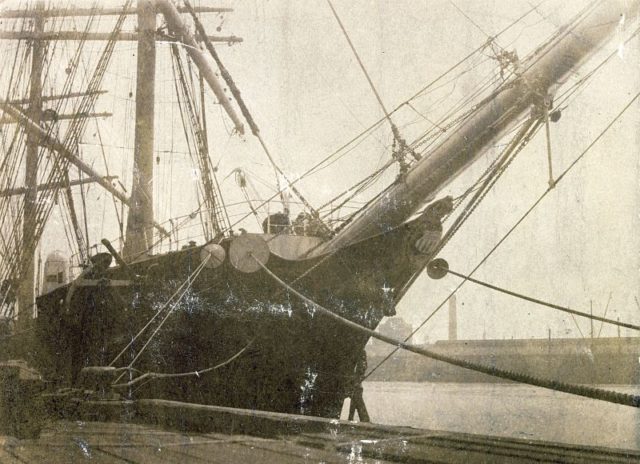 As a trader ship, Kurt transported coal, nitrate, and coke all the way from South America to Australia. But things started to change around 1914 when the First World War broke out. Navigated by Captain Tönissen, she was taken to Oregon and was docked in Astoria. She was taken over by the United States military not long after that, and in 1917 was introduced to war for the first time. 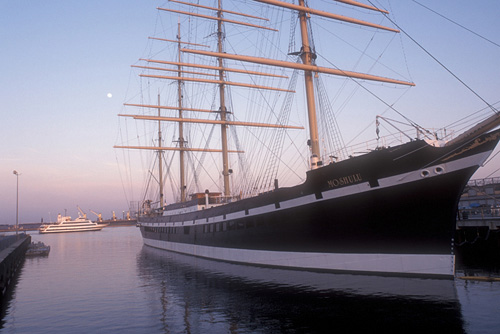 She received the name Dreadnought – “one who fears nothing” – but another contemporary ship bore the same name, and so she was renamed once more and this time as Moshulu. This is a Seneca word meaning fearless. It was the First Lady of the United States, Edith Wilson, who had the honor of naming this ship. 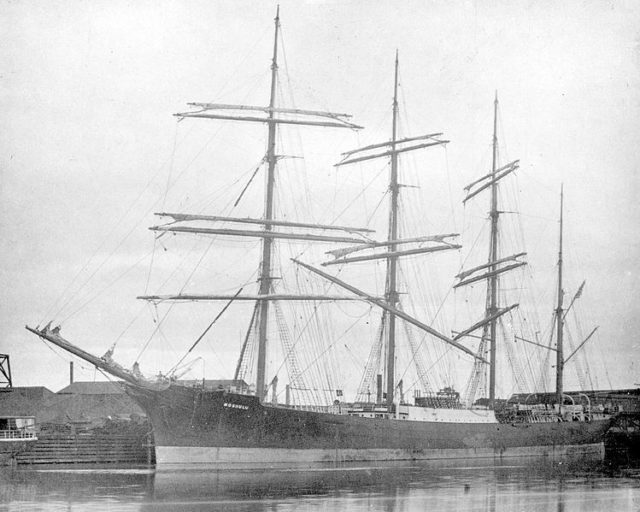 For three years the U.S. Shipping Board was the proprietary owner of Moshulu. She was still being used as a cargo ship, only this time to transport chrome and wool across the oceans from North America to Australia. Once the war was over, Moshulu began a period of switching owners. The first, around 1920, was the Moshulu Navigation Co. Two years later, James Tyson purchased the vessel, only to resell her to the Moshulu Navigation Co. later that same year. 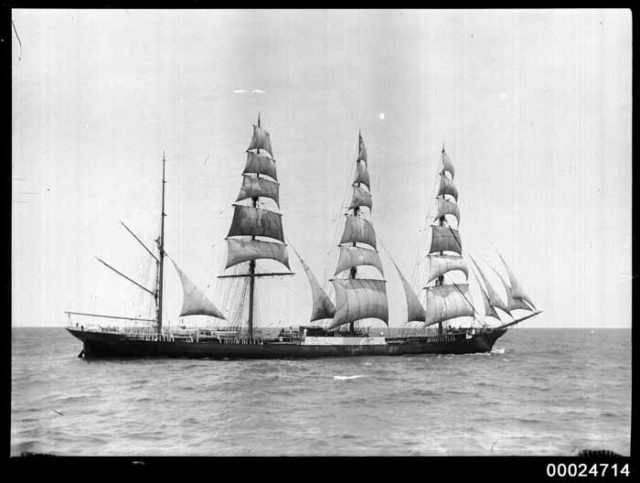 And for almost a decade she was used to transport timber to locations already known to her. Moshulu’s last trip was to Melbourne in 1928, after which the ship was docked in the Los Angeles area. After that she was moved several times; to Seattle, to Washington, and to Canada. 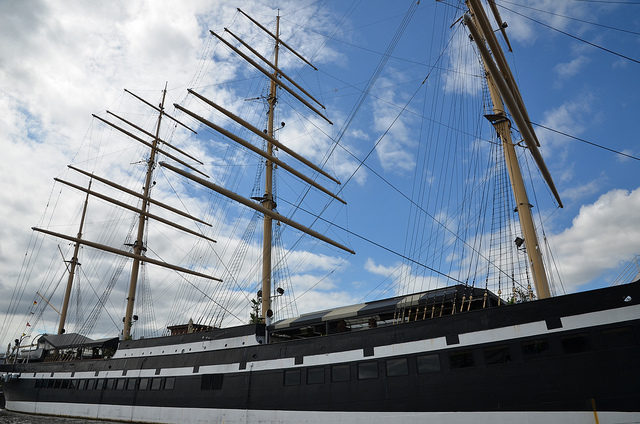 Years later came the Second World War and Moshulu was once more part of it. Sadly she was captured by the Nazis. She managed to survive the war only to be destroyed by a storm in 1947, and was rebuilt in 1948. From that point on, the ship was used for different purposes such as grain storage. Today Moshulu is outfitted as a triple-A, 4-diamond-rated restaurant and keeps the company of museum ships USS Olympia and USS Becuna at Penn’s Landing, Philadelphia.

« Lincoln, New Mexico – where Billy the Kid first started out
Ruby and the biggest manhunt in southwest America »