The island of Tenerife is the largest of the Canary Islands. It is famous for its active volcano, Mount Teide, which is considered the third-largest in the world.

On the north side of the island there is a place called Los Realejos where a set of ruins offer stunning views of the Atlantic Ocean.

This abandoned place is known as Elevador de Aguas de Gordejuela, Levator Gordejuela, or simply Casa Hamilton. It is a pumping station where hydraulic pumps once transported the abundant waters of the Gordejuela springs to hills and banana plantations.

At the beginning of the 20th century, lack of water on banana plantations became a problem. The locals joined together to create the Gordejuela water company.

Their goal was not only to find sources of water but also to figure out a way to supply that water to gardens and plantations. Even underground mines were investigated as possible sources. 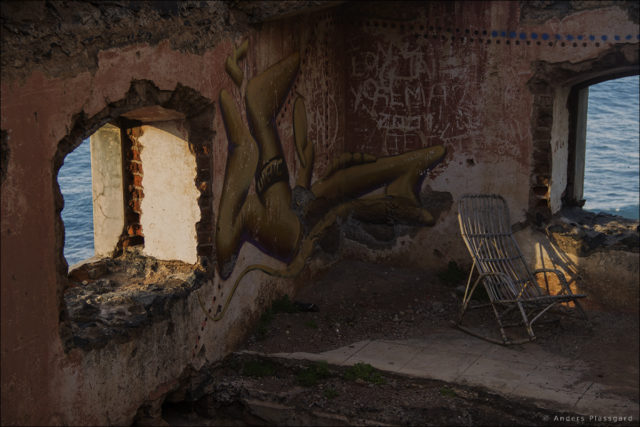 In 1898, the British company Hamilton House (or Casa Hamilton) acquired several shares in the water company. Seeing the potential for further investment, in 1902 they then decided to acquire all of the shares.

After that, they began working on plans to build a water pump in the northern part of the island on the coast of Los Realejos at the mouth of the Barranco de Palo Blanco gorge.

At the time, it was believed that constructing a five-story building at the foot of a vertical cliff was impossible or, at best, incredibly problematic.

Nevertheless, in 1903, the company completed construction of a pump station at the site of the old mill.

The main idea was to pump water from Gordejuela springs to rural plantations in the Orotava Valley using several hydraulic pumps. The military engineer Don Jose Galvan Callagher was responsible for the design.

This was a unique project and resembled no other building at the time. With an incredibly tall chimney, the upper building also became the tallest building on the island. 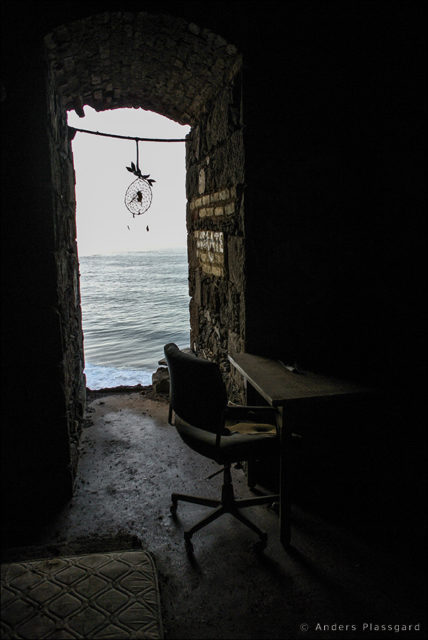 The cost of building a fully-fledged complex reached 1 million Spanish pesetas. This pumping station was also the site of the first steam engine to be installed in Tenerife since the engine was needed to power the pumps.

Using the power of the engine, water was pumped from the springs at the bottom of the cliff to the top, which stood 200 meters (219 yards) above sea level.

After that, the water was further transported to the banana plantations that needed it by means of a 12-kilometer (7.5 mile-long) aqueduct.

The pumping station consisted of two buildings, one at the top of the cliff and another at the bottom. The buildings at the top were connected to those at the bottom by a spiral set of steps winding up the cliff.

The upper buildings also have a road leading to them, which was used to bring in coal for the steam engines.

The ruins that can be seen in the photographs are mainly those of a rectangular building at the bottom of the cliff, which housed the pumping equipment.

The building at the top of the cliff, which included the 43-meter (47-yard) high chimney and had once housed the steam engines, was destroyed. Only the western wall remains. 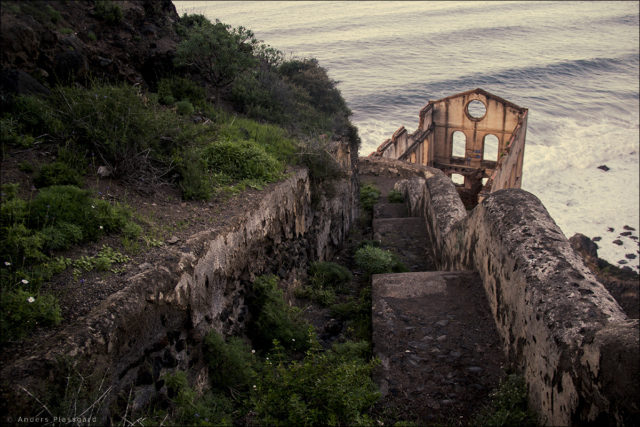 A reservoir was constructed at a distance of about two kilometers (just over a mile) from the station. Approximately 4,800 cubic meters of water per day was pumped into the reservoir, which had a capacity of 12,000 cubic meters.

The lower station consisted of five floors and was approximately 27 meters (29 yards) high, and its foundations were built onto the rock of the cliff itself. The fifth floor housed the pumping machinery while the fourth floor was the main entrance.

For fifteen years, the station supplied water to nearby plantations. However, eventually, the company became unprofitable due to the rise of electricity. 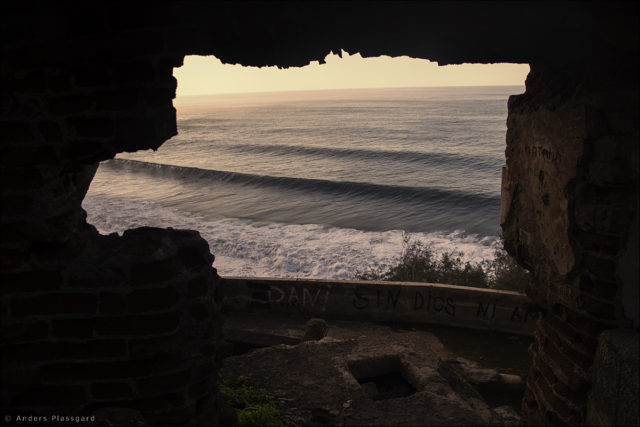 In 1919, the company was forced to close down the station due to the losses it was making. The building complex was sold to Fyffes, which also attempted an irrigation project that ultimately proved too expensive.

Eventually, the site was abandoned and fell into disrepair. Today, little more than the walls remain standing as the roofs, doors, and windows have all gone.

In 2000, there was talk of restoring the building, but no action was taken. In 2019, it was added to the Red List (or Lista Roja), which includes abandoned and destroyed structures.

This place has become popular with tourists and local people. There is a path leading to the abandoned station from the nearby San Pedro Lookout, and many walking and running trails pass close by. Cars can be parked on the side of the main road.

Entering the lower building is strongly discouraged to prevent accidents given both its derelict state and its precarious position on the side of a cliff. All visitors are asked to be careful when viewing the site and respect the historic building. 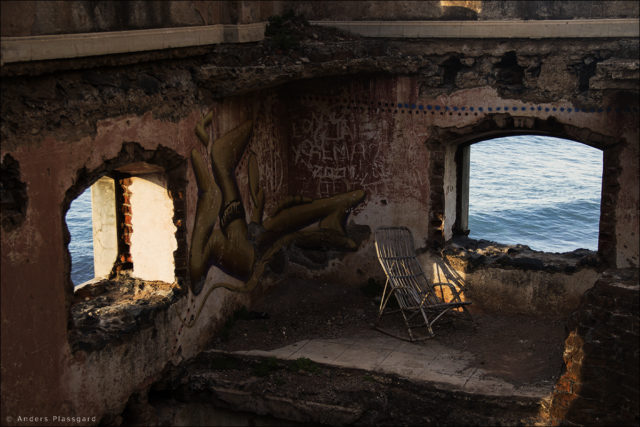 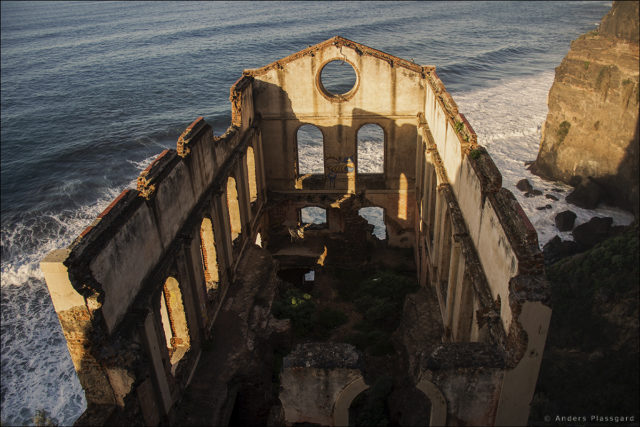 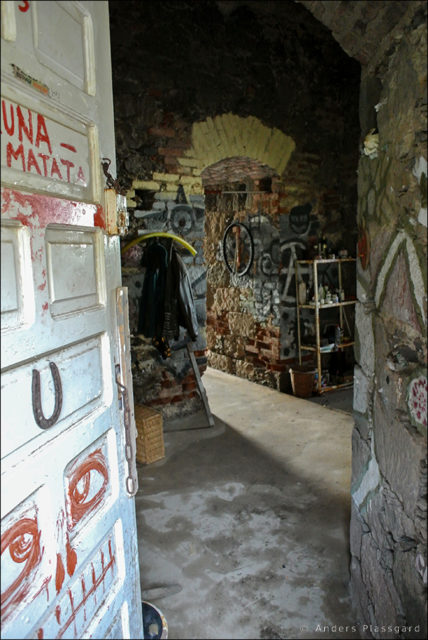 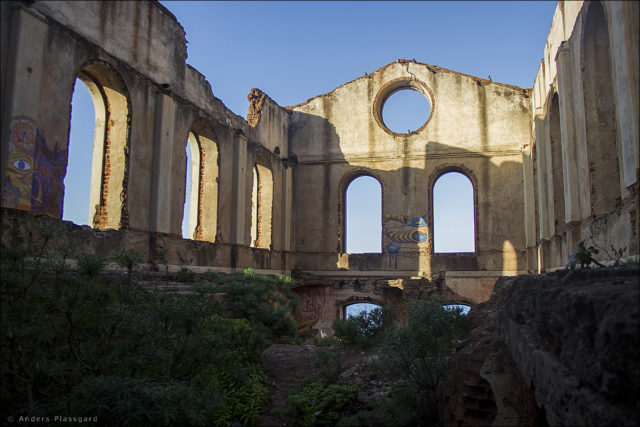 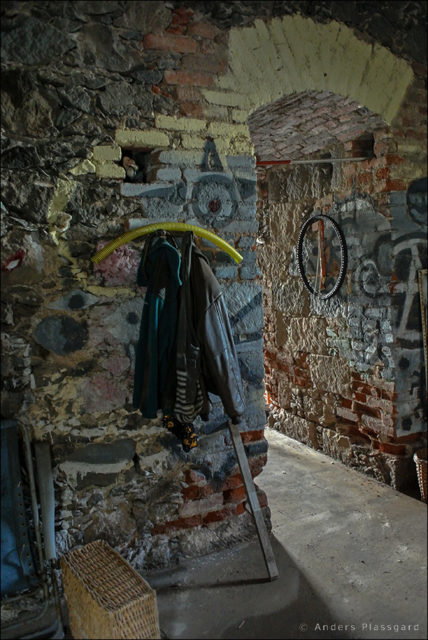 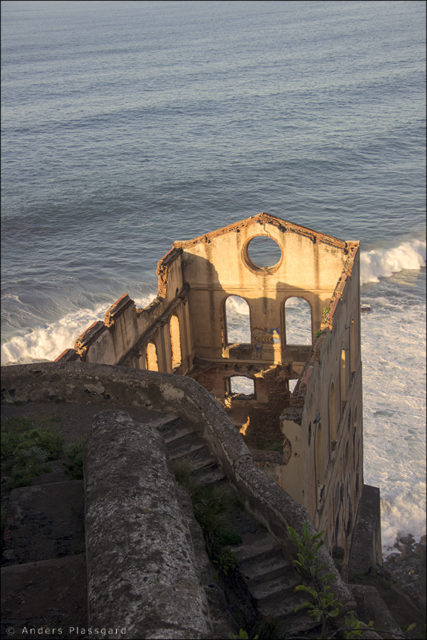 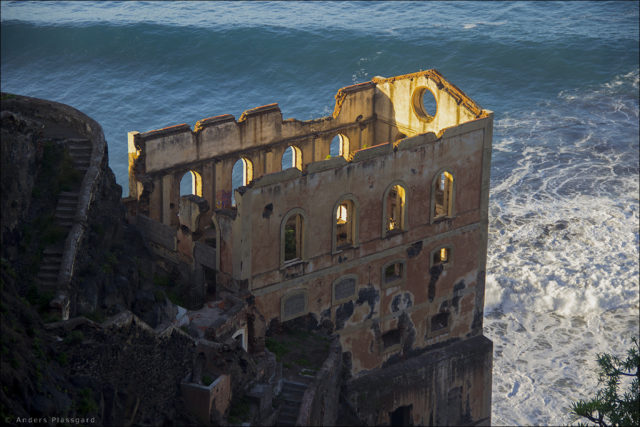 Another Article From Us: Some of Berlin’s abandoned spaces 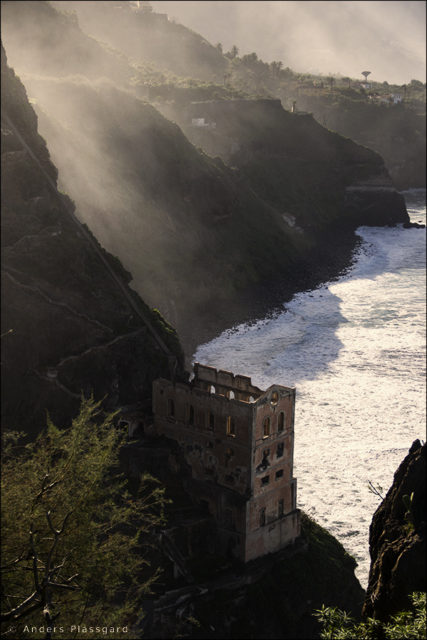