Monastère Antoinette, of which only ruins remain today, is located in the Belgian district of Liège in the center of the small town of Amay on the banks of the Meuse river.

Although the current ruins date back to the early 20th century, before the monastery was built on this site, there was a small castle that was constructed for the Count of Levignan, Louis-Charles-François Lallemant in 1786. Unfortunately, no remains of this castle are evident today.

It is unclear what happened to the castle during the Count’s lifetime and immediately after. The next piece of information on record for Monastère Antoinette indicates that in 1892, the Sisters of St. Charles moved into the castle. They resided there for three years until they moved to a new monastery outside the town of Amay. 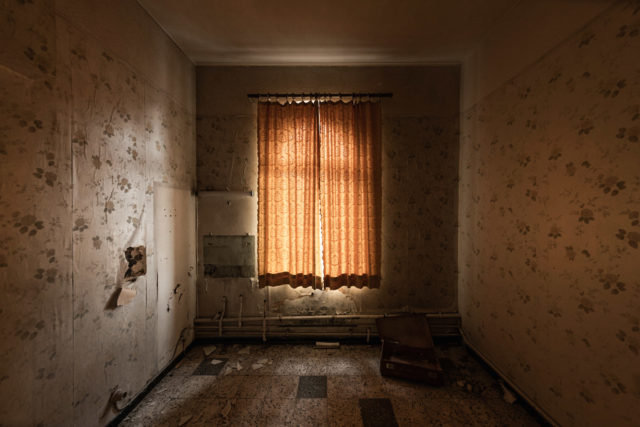 For some time, the castle was left without any owner. It wasn’t until 1904 that two businessmen purchased the property, announcing plans to convert the castle into a monastery. The changes they made were so significant that virtually none of the castle’s previous features or structures were retained. Anything still standing today was built in the 1900s.

After construction was completed, the French Carmelites moved into the new monastery of Antoinette. During their residence, the chapel was named Carmel Reparation. However, the Carmelites remained there only until 1927, when Benedictine monks took over.

The Benedictine monks only lived in the monastery for a short time since World War II broke out not long after. In 1940, Monastère Antoinette was occupied by German troops. However, during the German occupation in 1942, new nuns settled there and restored peace inside the building. 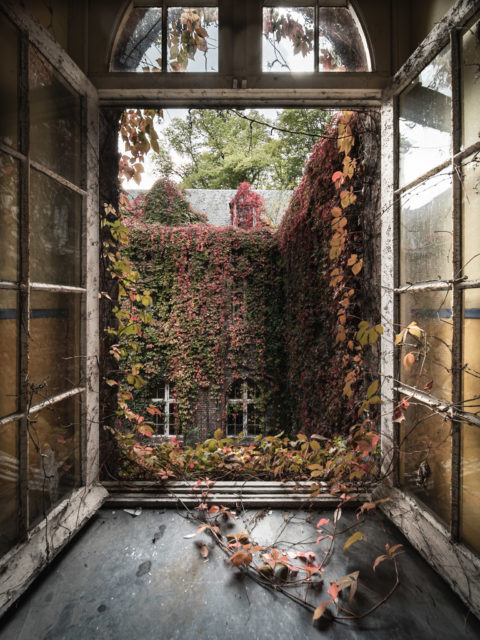 In 1969, the nuns merged with the Sisters of St. Augustine, and the monastery was converted into a rest home for the elderly for 50 people. Unfortunately, at the beginning of the 21st century, the Monastère Antoinette rest home was closed. The last inhabitant left in 2008 and the building was abandoned.

Only a year later, there were plans in place to renovate the property when a real estate group in Visé purchased the land. The company intended to turn the former monastery into 44 residential apartments, but this project was never realized and the building fell into further ruin. 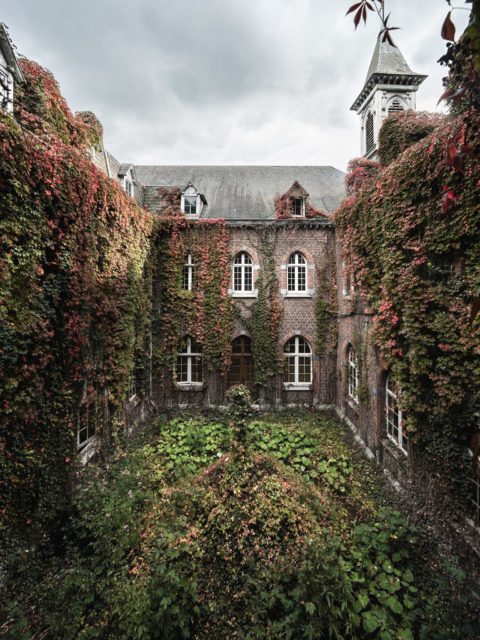 Recently, the former Monastère Antoinette has become quite famous, possibly because it is quite easy to enter, making it a tempting location for photographers and urban explorers. It is also helpful that bushes screen entry to the building.

The monastery is now almost completely overgrown with ivy. Even the large, wooden crucifix which acts as a focal point in the courtyard is covered with plants. The building itself is quite large and badly ruined. The cornerstone at the entrance to the building was laid in 1904, the year when many significant changes took place. 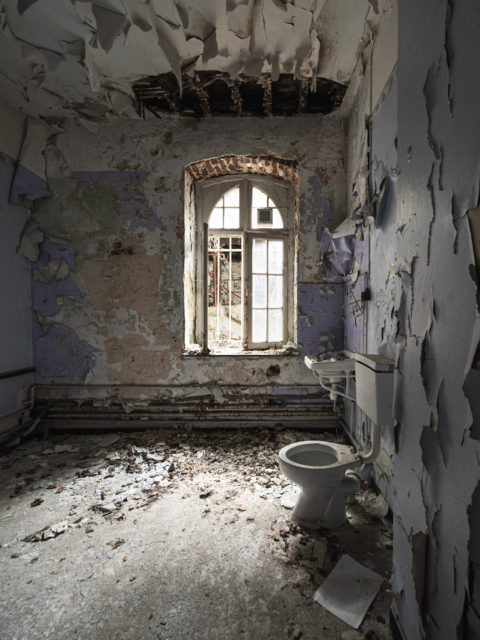 Inside, visitors can walk through various rooms and halls, but they have to use their imagination as to what each room was used for since the furniture is long gone. The empty building has some graffiti on the walls, but the monastery’s beauty is still evident. 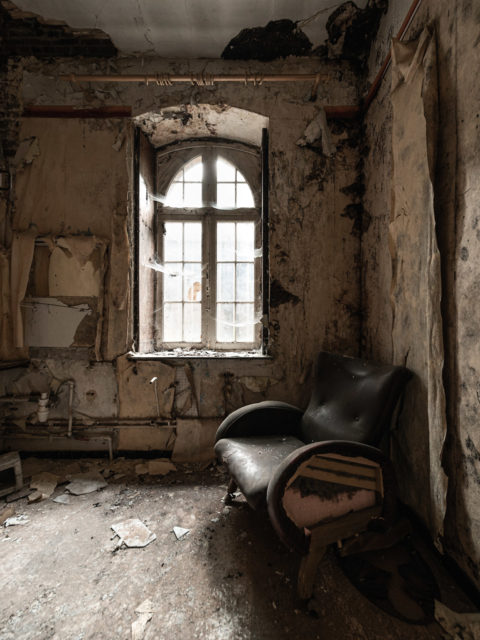 These gorgeous photographs of the abandoned monastery were taken by Jeroen Taal. He is passionate about photography and manages to capture the historical significance of architecture and works of art in decayed form.

Another Article From Us: Abandoned Army Base In The Woods

Jeroen Taal travels around the world, capturing interesting footage of abandonment and decay. He shares the beauty of decaying objects that is sure to interest you. You can find more on his Instagram page and website. Enjoy! 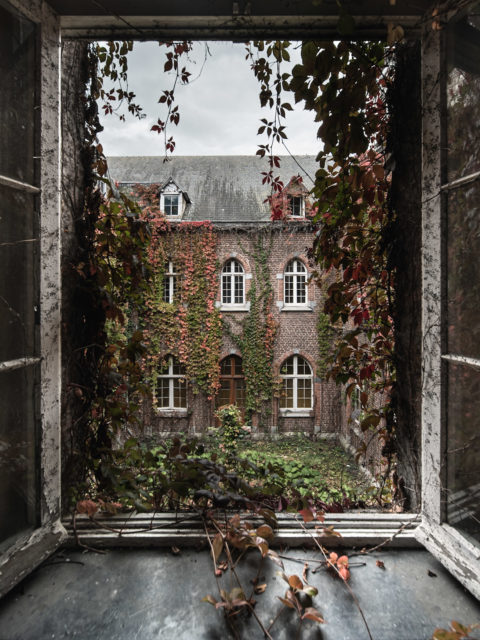