A rocky coastal promontory located on the coast between Montara and the Linda Mar District of Pacifica, California, has the daunting name of the Devil’s Slide. This moniker arose due to the many landslides that happen in this area due to coastal erosion.

Tourists come to enjoy the spectacular views across the Pacific Ocean and also to view an abandoned military bunker located on an outcrop of the promontory. Before it fell into ruin, this cement building was a former military triangulation station and observation post. 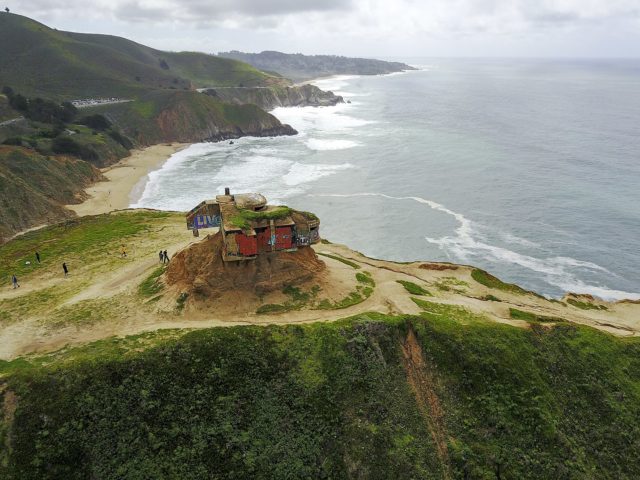 The Devil’s Slide bunker was built during the Second World War and was one of six structures placed at strategic points along the coastline. These military buildings included another bunker, a steel observation tower, and three observation pill-boxes.

All of these structures were built with one purpose in mind: to defend the harbor of San Francisco, which was not only an important transportation hub but also contained naval shipyards.

Military staff posted to the Devil’s Slide Bunker had to identify any threats from the air or sea in the bay area. Before radar was invented, they would use binoculars to monitor ships at sea. If an enemy ship was sighted, its coordinates were transmitted to the central post. 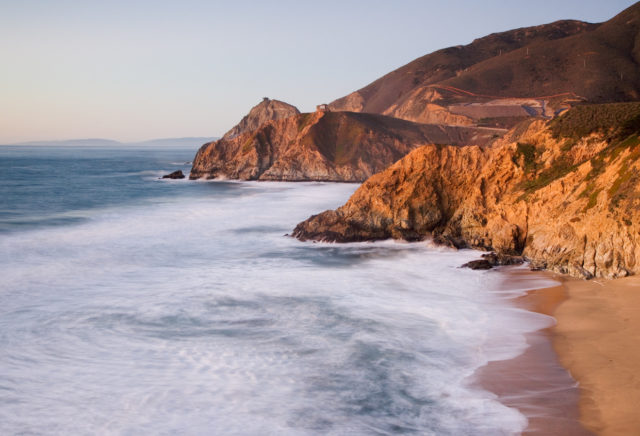 After World War II ended, the Devil’s Slide Bunker was abandoned. This was because the modern radar defense system had replaced the defensive triangulation system used at the station. The empty military facility came into the possession of the US government from 1949 onward.

At one point during the 1970s, the earth on the top of the peak was cleared for an anticipated construction project. The ground near the bunker was exempted, however, and when the project was abandoned, the Devil’s Slide Bunker was left teetering on its solitary pile of rock. 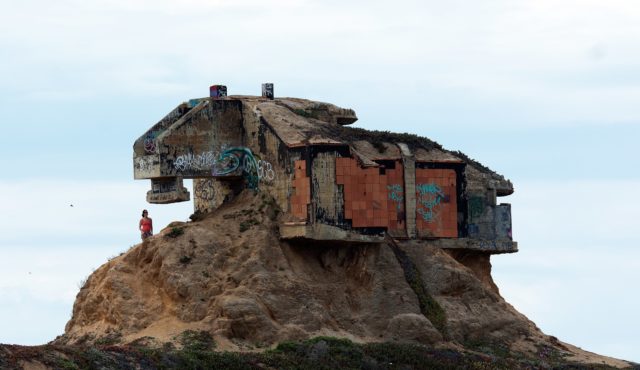 Eventually, the bunker and its surroundings became private property in 1983. The bunker is still privately owned today. Despite this fact, trespassers are not deterred and the structure has been covered with a significant amount of graffiti.

Given its highly unusual appearance, the Devil’s Slide Bunker is a draw to many people. It sits near the Devil’s Slide Trail, a 1.3-mile walking and cycling route that used to be Route 1. Today, Route 1 runs east of the trail, having been rerouted due to constant erosion and landslides. 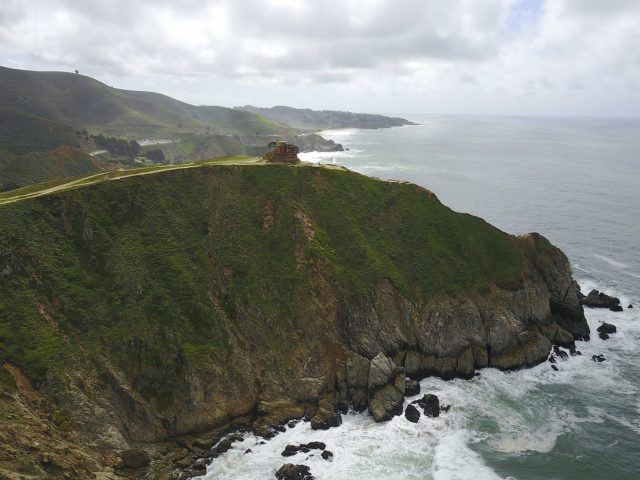 The promontory itself also featured in a key scene in the 1960 thriller Portrait in Black, where Lana Turner and Anthony Quinn had to push a car over a cliff. Permission was given to film the scene at Devil’s Slide, so long as the vehicle was retrieved afterward. Pictures of the scene made the local news at the time. 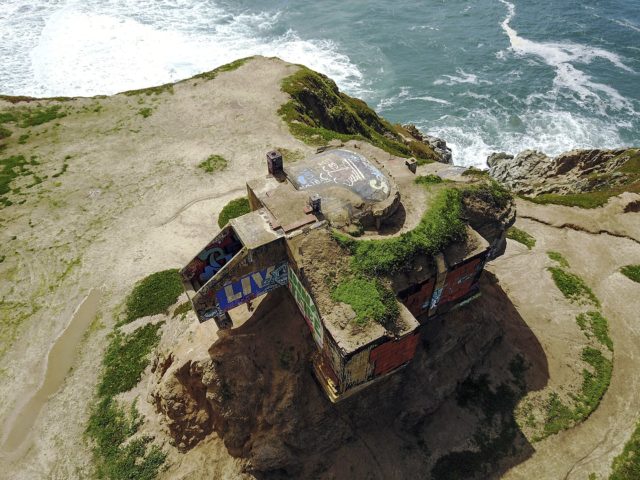 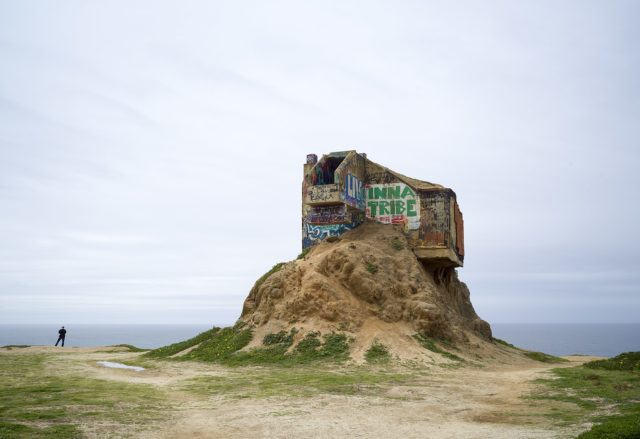 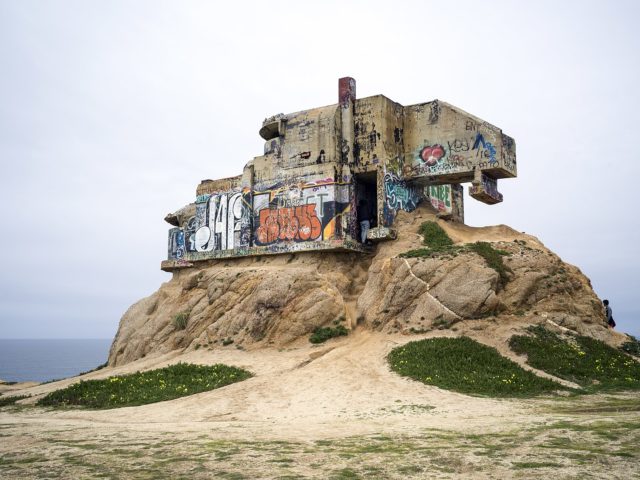 Another Article From Us: Military Helicopter Graveyard St Petersburg, Russia 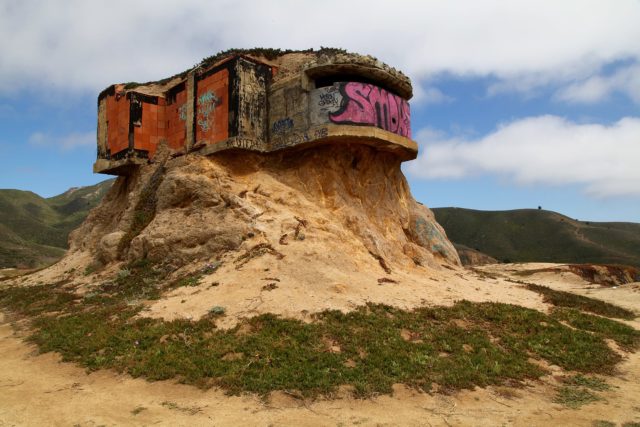 By Nikita from Russian Federation, CC BY 2.0