Eaton Elementary School. After the Gulf and Ship Island Railroad were completed in Hattiesburg, Mississippi, in 1897, the city began to develop rapidly, and there was a need to serve the increasing number of children in the city.

Consequently, Eaton Elementary School was founded and began accepting students in 1905. The educational institution was named after one of the first settlers, George Eaton, who donated the land on which the school was built. The school was also known as the Third Ward School and Ward 3 School.

Local architect Robert E. Lee designed the school building and opted for the Romanesque Revival style because it was a popular choice for schools in the early 20th century.

The main building of Eaton School is a brick structure with arched window frames and the front entrance door is also highlighted by a rounded arch. The school consisted of two floors with four classrooms. The hipped roof was covered with asphalt tiles. 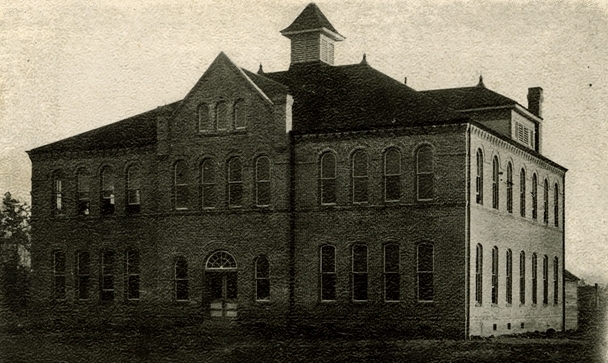 1920. By Courtesy of the Mississippi Department of Archives and History

The exterior brick walls were given a stucco finish to ensure they were smooth, another element often found in Romanesque style buildings. The front door is located on the southern facade. A steel fire escape was installed on the east facade for the second floor, along with a metal door to access this staircase.

A one-story cafeteria was added to the west side together with three additional classrooms in 1949 in response to another population growth. The flat roof of the extension was designed by the architects Hearon and McCleskey. The cafeteria was sometimes used as a conference room since it contained a stage.

In 1957, an auditorium was built and connected to the previously built stage. The project was designed and carried out by Associated School Architects.

By the late 1980s, Eaton Elementary School had ceased to function. Left abandoned, it began to fall into disrepair. However, in 1991, the building was declared a Mississippi Landmark and entered on the National Register of Historic Places in 2008. 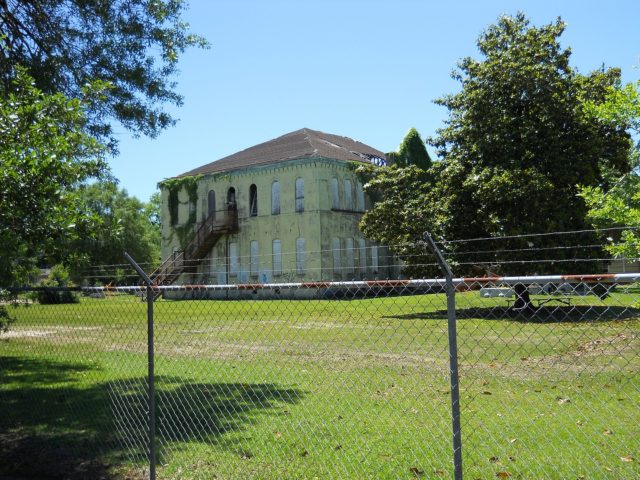 Because the building has remained intact for over 100 years, Eaton School is considered a unique example of Romanesque Revival architecture. In addition, the school has played an important role in providing general education to children living in Hattiesburg over the years, lending it historical as well as architectural importance.

In the late 2000s, the Mississippi Department of Archives and History (MDAH) awarded the City of Hattiesburg a $39,000 grant to renovate the roof.

Repair work on the roof began in November 2009, but the MDAH insisted that this work be done again three times over so that the new roof had the same slope as the original. Unfortunately, when the roof was nearing completion in March 2010, disaster struck. 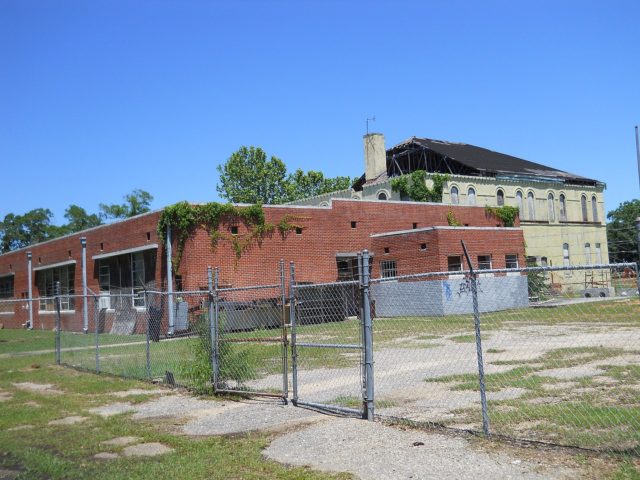 Exposure of the interior to rain during the intervening five months had weakened the support beams on the second floor. As a result, part of the second floor collapsed and a crack appeared in the walls of the building. The structure was strengthened by installing two-ton concrete anchors and running steel cables to them through the outer walls.

In the end, a temporary roof was installed, and the City of Hattiesburg was able to recover only part of the cost of bundled roofing work from the contractor it had engaged. 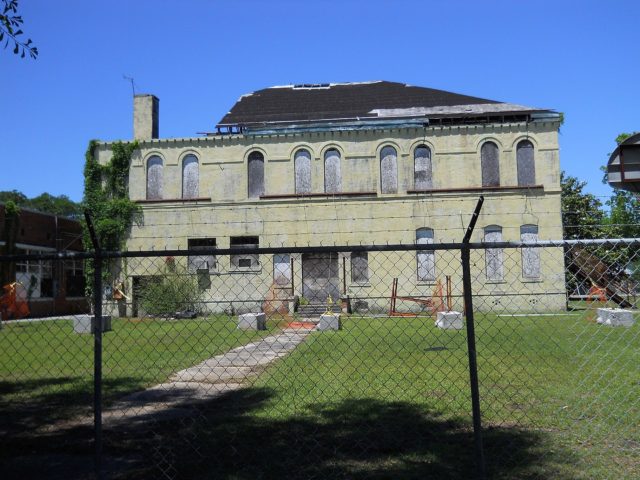 By 2015, the building had been stabilized, and the city applied for a $1 million grant to rebuild the structure. There is still hope that the historic building can be preserved for future generations.

Speaking in 2017, Ann Jones, the city’s chief administrative officer, commented: “The city would love to honor the history of that building. It would help create development in that entire neighborhood if funding were available.”

Another Article From Us: Johanniter-Heilstätte Sorge Sanatorium 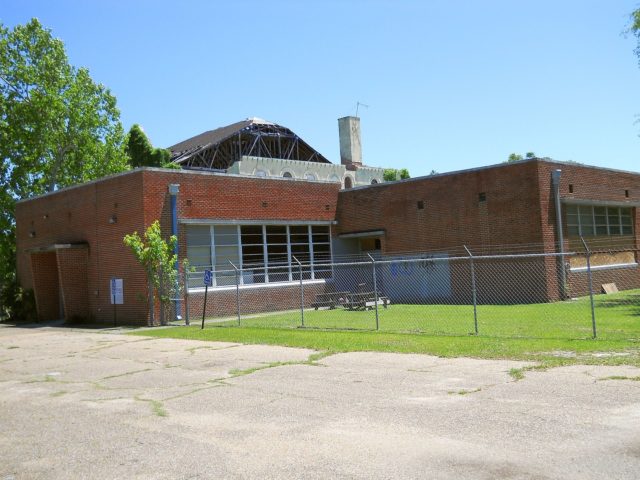