The Ninth Fort: A mobile Nazi squad arrived – a dark chapter in the world’s history

It was on the eve of the 19th century when Kaunas City, Lithuania, became fully fortified with nine gun batteries and eight forts watching over the city. In 1902 construction of another fort was initiated–and this fortification was logically named the “Ninth Fort.” It was completed at the start of the First World War.

Some years after the war ended, in 1924, this fort became a prison known as Kaunas City Prison. Then, in 1940, Lithuania fell under Soviet occupation. During this period, the fort was re-purposed for use by The People’s Commissariat for Internal Affairs which was the government interior ministry of the Soviet Union. 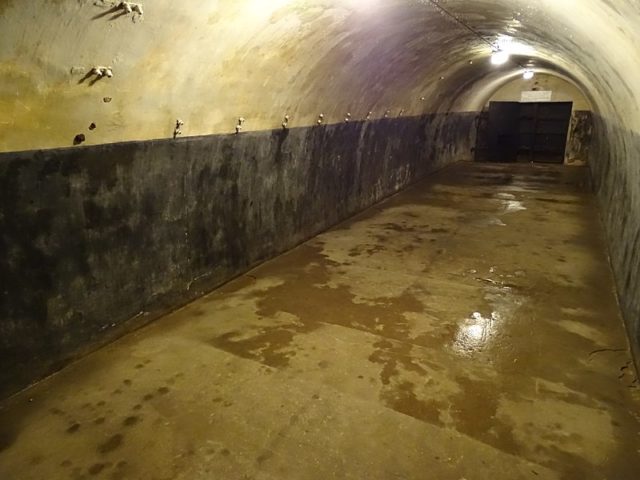 Its primary use did not change much, however, for the fort was still used as a prison, only this time it housed political prisoners who were waiting to be transferred to a gulag. The Soviets used this fort for barely a year. After 1941 it fell under Nazi control and the Ninth Fort’s dark period began, in a series of terrible events known as the Ninth Fort Massacres. 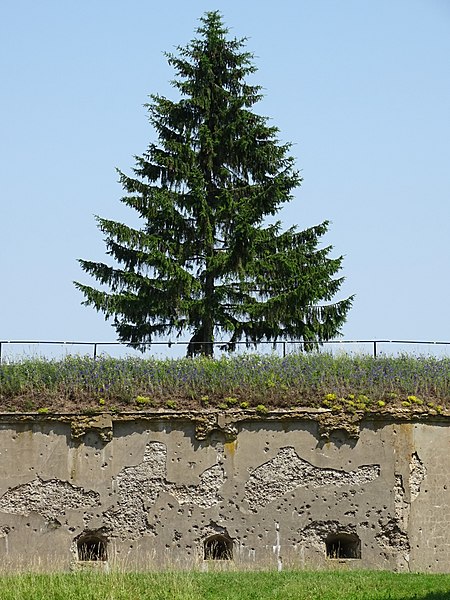 In 1941, at the order of Adolf Hitler, 300,000 Jews were to be deported as far from Germany as possible. And the task of doing so, Hitler gave to two of his best collaborators: Reinhard Heydrich, Hitler’s chief of police and “man with the iron heart,” and Heinrich Himmler, Reich Leader of the SS who was possibly the most powerful man in the Third Reich after Hitler himself. Both of these high ranking men played key roles in the inception and execution of the Holocaust; Himmler directed the deaths of no less than six million people.

Heydrich and Himmler swiftly orchestrated the deportation of around 58,000 people. A total of 59 trains were used, five of which were bound for the Kaunas Ghetto. When the trains arrived, the people were unloaded and imprisoned inside the Ninth Fort. 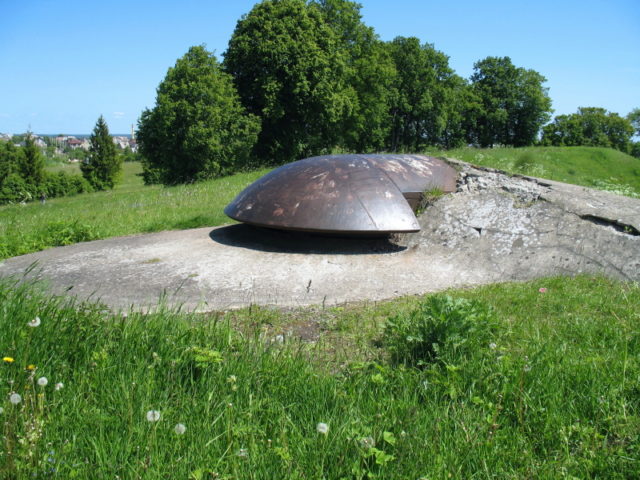 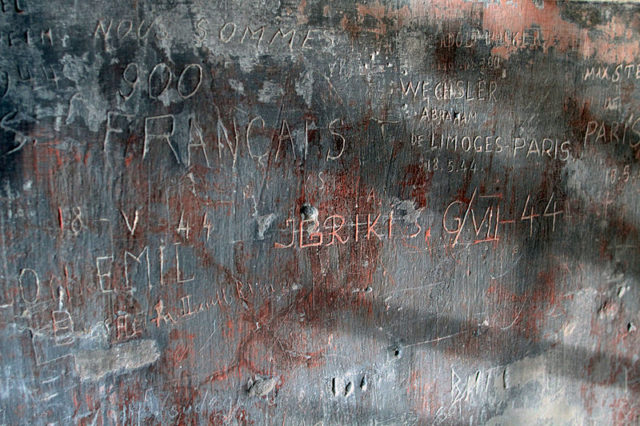 Old prisoner-inscriptions on one of the fort’s walls. Author: Staff Sgt. Keith Anderson

To this very day, there is no written evidence as to who gave the order for the massacres. But the November Massacres were not the only tragedy to take place here. On October 29, 1941, an event known as the Kaunas Massacre took place in the Ninth Fort. On this day, 10 men of the Einsatzkommandos, a mobile Nazi German killing squad, arrived at the Ninth Fort and murdered 2,920 women, 2,007 men, and no less than 4,273 children. 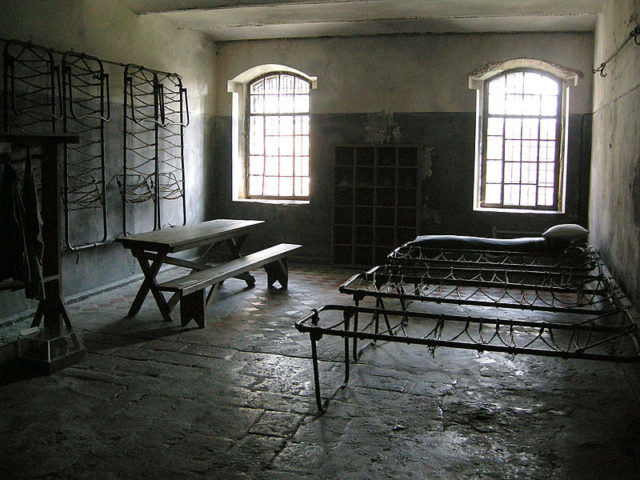 The interior of a prison cell. Author: Andrius Vanagas – CC BY 3.0

In order to deal with the thousands of dead, a group of Jewish prisoners were tasked with burning the dead bodies and to dig a mass grave for the remains. With time the Ninth Fort received its moniker of the “Fort of Death.”

The advance of Allied Soviet forces into the area in 1944 left the Nazi’s no choice but to deport the remaining prisoners to other sites and shut down the ghetto as they retreated. 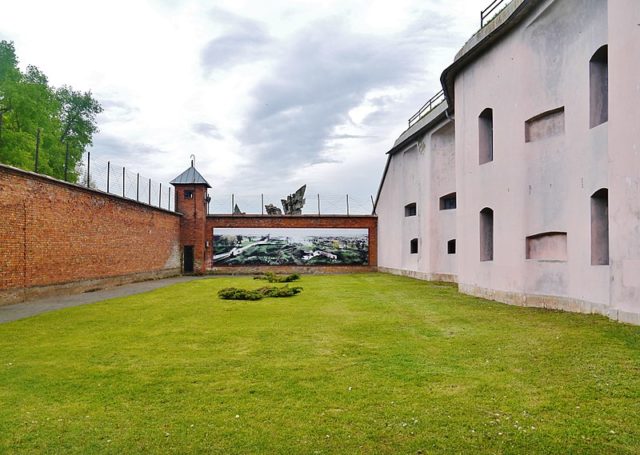 The inner courtyard of the fort. Author: Zairon – CC BY-SA 4.0

Once the Second World War was over, Lithuania remained within the U.S.S.R. and the Ninth Fort continued to be used as a Soviet prison for a couple more years. It was 1958 when it all came to an end and the fort was converted into a museum. 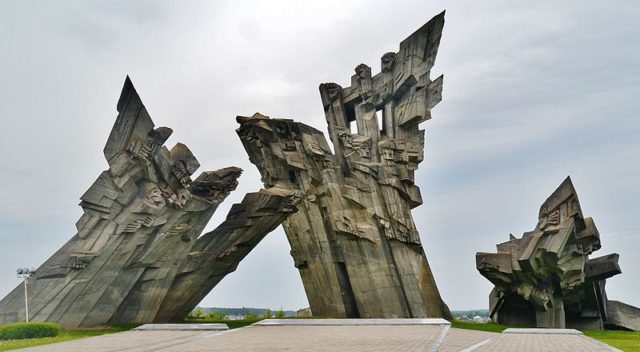 An exhibit was organized on the war crimes of the Nazis as well the fort’s dark history. Two years later, a forensic investigation began in order to find out more about the genocidal slaughter of thousands of innocent civilians at the Ninth Fort, and their mass graves. A memorial was erected in 1984 but shockingly the sculpture was vandalized in 2011 and tagged with white swastikas. 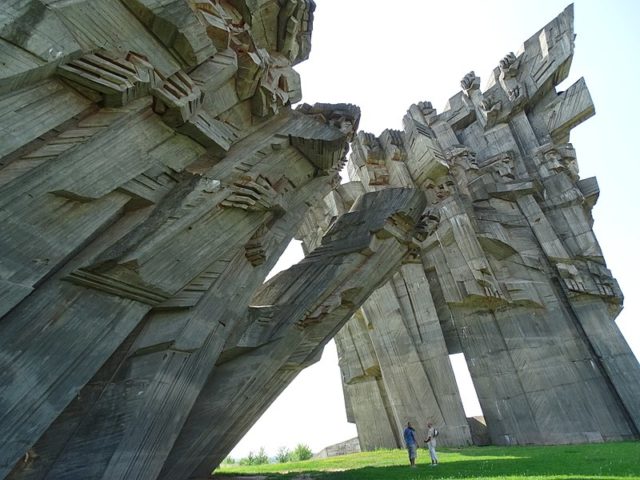 To this day, the prison-turned-museum remains open for anyone willing to learn more about Lithuania’s dark history and the atrocities committed by the Nazis in their quest for power.

« Macquarie Harbour Penal Station: wrongly considered escape-proof
Old Melbourne Gaol: A journey back in time, the jail even housed children, some of whom were locked up for thievery »