Siegfried Line: An abandoned defence wall that saw both peace and war

The first Siegfried Line (Siegfriedstellung) was built during the World War One, in 1916-17, as a defense line to protect Germany’s western front in northern France. It formed a section of a network of tank defenses and forts called the Hindenburg Line.

In World War Two, Germany once again erected a line of defense along her western flank. The German’s referred to this as the Westwall, but the English nicknamed it the Siegfried Line and this was the name that stuck. We’re Going to Hang out the Washing on the Siegfried Line was a popular morale-boosting song among the British soldiers as they were sent off to fight in France. And by the end of the war, indeed they did. 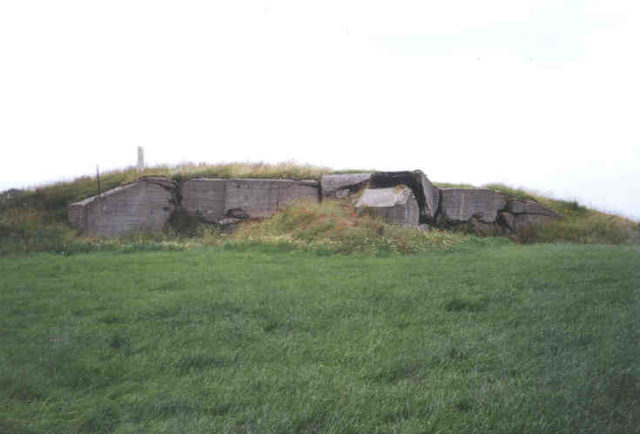 The World War Two Siegfried Line was laid further to the east than it’s original namesake. It stretched for almost 400 miles along the border of the German Empire, from the northern-most point of country’s border with the Netherlands at the town of Kleve, down to Switzerland. Much of it ran counter to the French Maginot Line, itself an extremely formidable but ultimately ineffective defensive line. 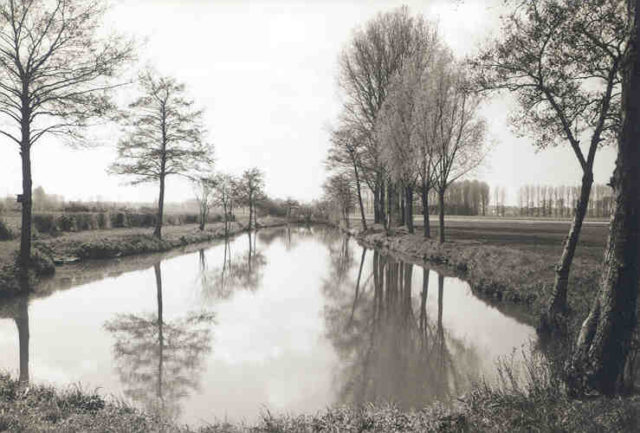 The plans for it’s construction were laid down in 1936. Work on the various elements began in 1938 and lasted until 1940. Along the Siegfried Line there were around 18,000 structures, such as bunkers, traps for tanks, and tunnels. For instance, many “Regelbau” bunkers were built, which roughly translates as “standard design”. As the name suggests, these bunkers were the de-facto standard bunker design built by the Germans along the Siegfried Line and the Atlantic Wall as well. 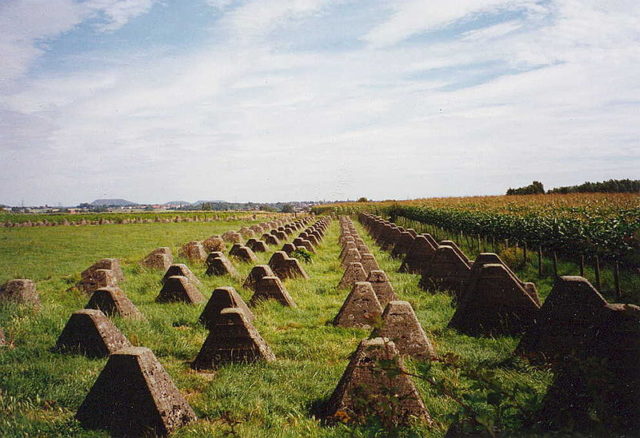 Also, there were the pillboxes, strong concrete structures smaller than the bunkers, built in either cylindrical or hexagonal form which allowed for a 360-degree view of the surroundings. Each side was equipped with an opening from which the soldiers fired their weapons. 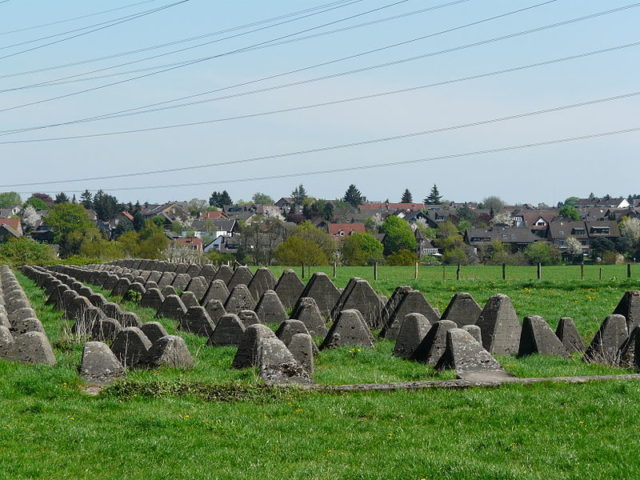 There were also thousands of anti-tank obstacles, largely “Drachenzähne” or dragon’s teeth, laid between the manned structures. They were concrete pyramidal, or square fortifications 3 to 4 feet tall that were an effective impediment even for a full-sized tank. But that was not all. Between the teeth, the were placed land mines and barbed wire. Water filled ditches and steel bars were also employed in tank defenses. 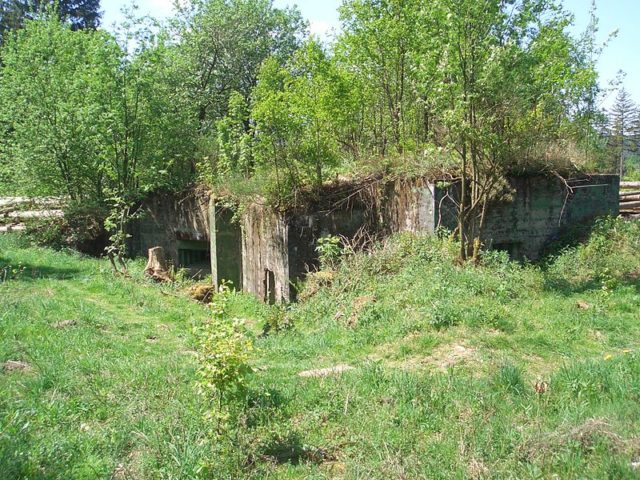 “On top of the mat were the teeth themselves, truncated pyramids of reinforced concrete about a meter in height in the front row, to two meters high in the back. They were staggered and spaced in such a manner that a tank could not drive through,” writes Stephen Ambrose in his book The Victors: Eisenhower and his Boys — The Men of World War II.” 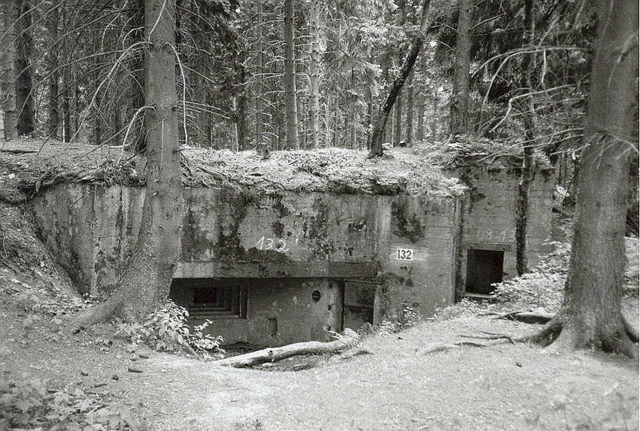 In 1938, Hitler made an order to reinforce these lines of defense on Germany’s western border. Construction began immediately on a series of fortifications, but this was during the turbulent period before war was declared, so the Limes program was disguised as an archaeological expedition. The name Limes was chosen because it comes from the Latin word meaning path or boundary and is often used by historians to describe the borders of the ancient Roman Empire. 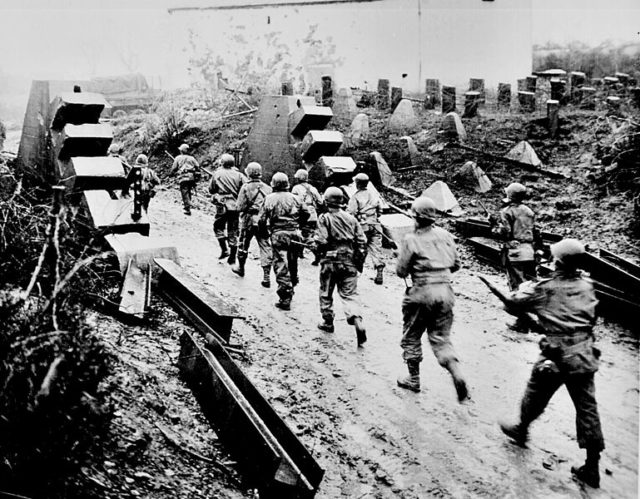 In total, the Germans built 3,471 of these bunkers. Inside, there was room for 12 men, and once inside the soldiers were safe from a potential poison gas attack. But the bunkers were quite cramped; the soldiers had no more than 11 square feet of space each inside them. They had a place to sleep and a small stool. The officer in command, given his higher rank, had a chair. 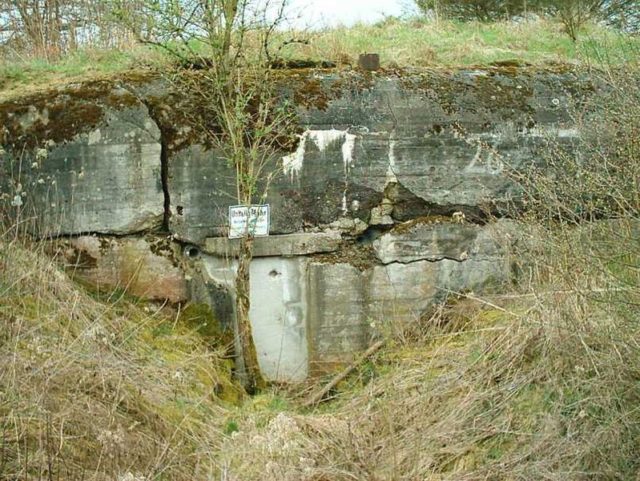 One of the bunkers on the Siegfried line. Author: Saperaud CC BY-SA 3.0

But despite the work of the Limes and similar programs, once the Second World War was in full swing, the defensive line began to demonstrate some weaknesses. Field Marshal Gerd von Rundstedt, upon inspecting the Westwall, began to laugh at the insufficiency in the structures and weapons available. Luckily for Germany, the Siegfried Line saw little action in the early war years, but it did play a role in what later became known as the “Phony War,” a stand-off between the opposing forces. 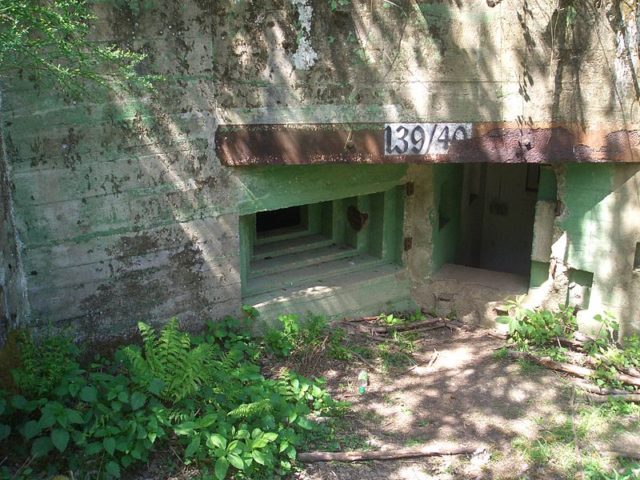 Further reinforcement of the Siegfried Line took place in 1944 when Hitler gave a directive to increase the defenses following the D-Day landings. 20,000 laborers were summoned to work on the line. In 1944 and 1945 there were a number of battles along this frontier, notably the Battle of Hirtgen Forest in which 24,000 American troops lost their lives, and the Battle of the Bulge.

American, British, and Canadian soldiers breached the German defensive line at several points, with heavy losses on both sides. In total, the Siegfried Line claimed the lives of around 140,000 American soldiers.

Once the war was over, and there were no tanks to stop, most of the structures were removed. Parts of this defensive line remain today as a memory for all of those who were lost.