Manoel Island lies abandoned and alone in the heart of Malta, just a five minute walk away from the nearby commercial streets.

Boats and ferries going from Sliema to Valetta go around it; the only attention it receives is from tourists and their cameras. It is such a peculiar small island, and it houses a beautiful fortress. For a long time, it was home to some lonely and unfortunate people.

“Lazaretto” is defined by Etymonline as a “house for reception of lepers and diseased poor persons,” however it can also refer to a quarantine station for maritime travelers.

Manoel Island served both to isolate passengers arriving by ship — the only way to reach these Mediterranean islands — and to house those showing signs of illness.

It was possibly the most effective measure in the pre-antibiotic era to prevent the spread of infectious disease such as cholera. 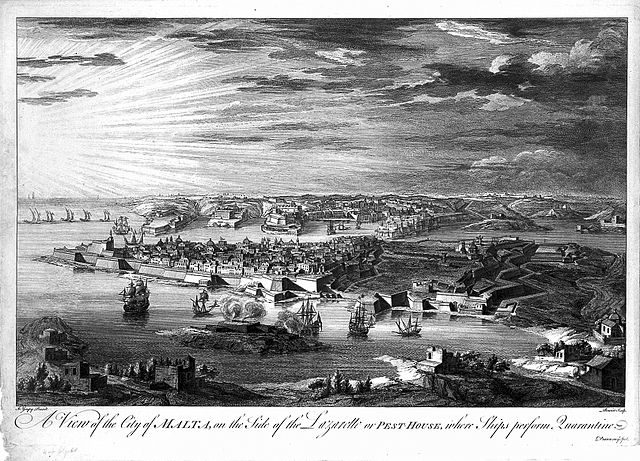 The first lazaretto was a temporary building, constructed during an outbreak of the plague between 1592 and 1593.

Around 50 years later, the Grand Master of the Order of Saint John at the time, Giovanni Paolo Lascaris, tore down the temporary isolation house and built a permanent, much bigger and better lazzaretto. At this time, the lazzaretto consisted of only one building.

The next Grand Master expanded the original building and added a second one next to it in 1670. His successor followed his example and continuously worked to upgrade the facility, adding more buildings, new blocks, and warehouses. 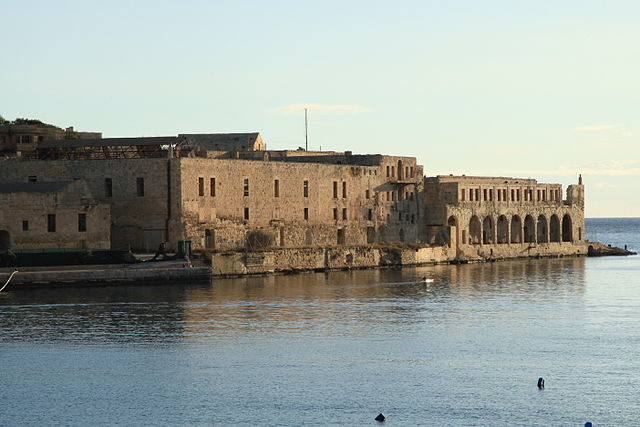 The continued efforts of the Order of Saint John to develop the island into a serious illness-fighting facility proved worth the trouble. The lazzaretto was turned into a hospital and was used extensively during a later plague epidemic in 1813, the widespread occurrence of cholera in 1865, and again for the plague epidemic of 1937.

It was also greatly used throughout the Crimean War, serving as a military hospital for British, Italian, and French troops.

In the period between 1816 and the late 1880s, all of Malta’s incoming mail had to first go through the Profumo Office, located on the Lazzaretto grounds, for fumigation. Afterward, it was re-sent packed in special disinfected mail envelopes marked with red seals. 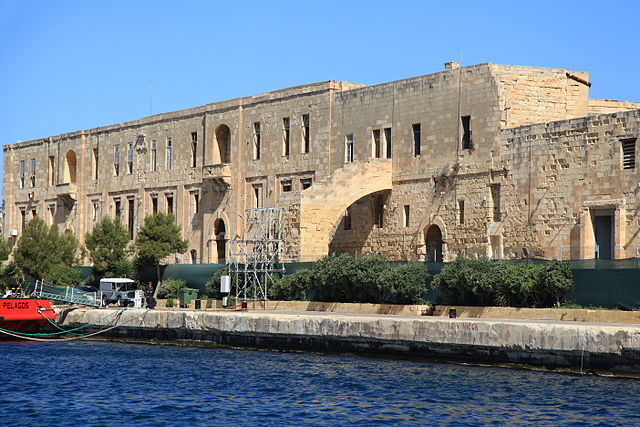 Today, the Lazzaretto of Malta consists of several remaining buildings that were constructed in the 17th and 19th centuries. The oldest piece of architecture that still stands dates back to 1643 and is called Palazzo Vecchio (Old Palace), Palazzo Grande (Great Palace), or even simply il-Palazz (The Palace).

It is a two-story building with an atrium in the middle and eight halls around it. Next to the Old Palace lies the New Palace, which was built between the 1670s and 1720s.

The New Palace consists of two courtyards surrounded by several warehouses – one of which was demolished in the bombing of World War II. Another building was added between the Old Palace and the Profumo Office in 1797 and named De Rohan Block, but this was also destroyed during the war. 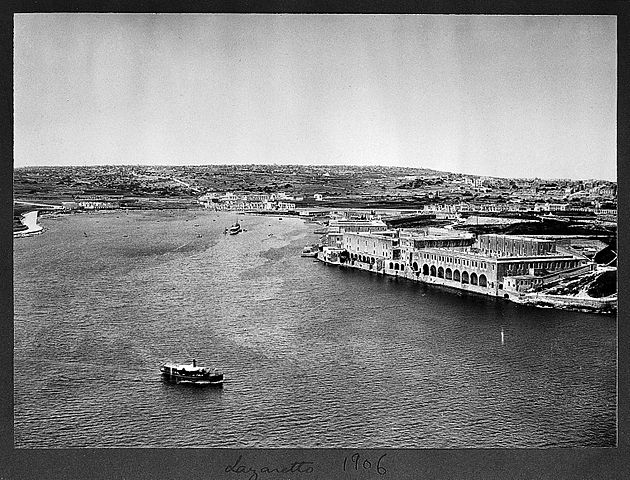 The lazzaretto was surrounded by a high wall to prevent infected people from escaping. In total there were six cemeteries in the area; only one remains today.

The site is now completely closed off to visitors and is undergoing renovations. Extensive works are planned to start soon.

The plans include the construction of an extensive residential and commercial complex including more than 600 apartments, a hotel in the place of the historic Lazzaretto, several retail outlets, streets, plazas, and a yacht marina. However, not all developments will be purely commercial. Big, green park areas will also be constructed, and the fortress will house art galleries and museums. 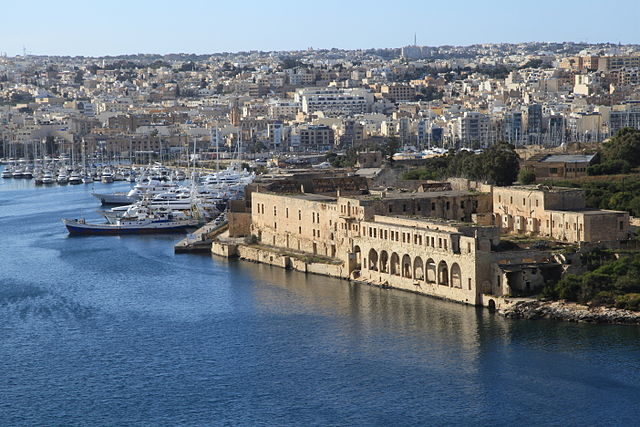 Views of the Lazzaretto complex from the bastions of Valletta in 2013 – Author: Frank Vincentz CC BY-SA 3.0

Another Article From Us: Drone Footage: A Castle From the Middle Ages

On the inside of the high walls, graffiti can be seen that was written by the site’s “prisoners.” The earliest renderings date back to 1681.