Back in 1871, the “Continental-Caoutchouc und Gutta-Percha Compagnie” was established in Hannover as the prime manufacturer of rubber tires for bicycles and various industrial uses. A couple of decades later, the main focus shifted towards the more demanding and uprising automobile industry.

World War One sabotaged the company’s prosperous plans to a degree, but afterwards it flourished and became even greater than ever before in the period of German National Socialism that lasted from 1933 until 1945.

Over these years, the company bought numerous other sites to built factories on. At it’s peak it was producing two thirds of the total rubber production in the country.

During the Second World War, as many other factories under the Third Reich in those days, Continental Rubber Works in Hannover-Limmer used prisoners as free labor. There is a testimony of a survivor from the Ahlem concentration camp, named Benjamin Sieradzki.

His story goes something like this. They were awoken every morning around 4 am and marched to the factory accompanied by SS guards with rifles on both sides of the column. At the factory he was assigned to the tire-making department. Stronger prisoners were sent to work with the heavy machinery (roller presses for the hot and thick rubber).

He says the rubber was hot and heavy, and the air in the hangars was almost impossible to breath. The prisoners were given no equipment whatsoever, no protective clothing of any kind, handling this hazardous materials in this very dangerous environment with only the same striped prisoner uniform they wore in the camp, the only piece of clothing they possessed.

Among the free labor prisoners there were German paid workers in the factory. The main difference, apart from receiving a salary, was that they were equipped for the job they were doing. For the conditions and the workers in his department Benjamins says the following: “The job was to load steel parts into large steel baskets and lower them by overhead hoist into hot acid tanks, remove them later, and transfer them to other tanks with chemical solutions. I worked with German civilians, all of whom wore protective clothing: special rubber aprons, rubber boots and gloves, facial protection against acid splatter and the harmful smelly vapors emanating from the acid tanks. No such protection was given to me, to any of the prisoners really.”

Operation Gomorrah, carried out by the USA Air Force and Russian Air Force in 1943, was a plan to completely wreck German industry by bombarding a myriad of different industrial sites all over Germany. The idea was to at least cripple the metal chewing, fire breathing Nazi war machine. The Continental Rubber Works factory in Hannover-Limmer was bombed on 26th of July. More than crippled, severely damaged and put out of work due to a direct hit on the boilers, the Hannover-Limmer factory fell of use until the end of the war. The plant was reopened and resumed production in June 1945 after permission from the British military. 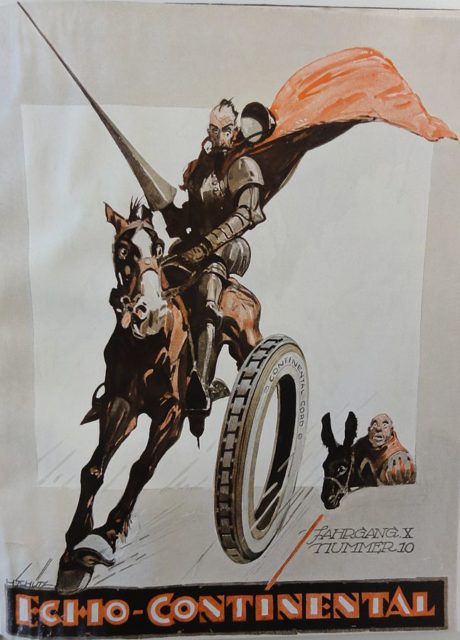 Continental Co. resumed successfully to produce tires for the automobile industry, and take a great part in the history of rubber production in general. However the infrastructure fell out of date and it was impossible to renovate it or rebuild the plant. For this an expansion was required, which was impossible on its own due to the building’s position on the peninsula. The Limmer site stopped all operations in 2000, and is now being slowly demolished. The space will be used for housing development and soon will cease to be abandoned.