Meat, oil and blubber, the equivalent of gold back in the days of whaling–a quest to hunt this underwater beast that spread across several millennia. A practice and tradition that with time matured to an industry with devastating effect – it is estimated that during the 1930s, around 50,000 whales were caught and slaughtered for profit each year.

This happened around the world, from the United States to Japan, from the Faroe Islands to South Korea. It was all banned by the International Whaling Commission in 1986. Nowadays, whaling is done under strict regulations. 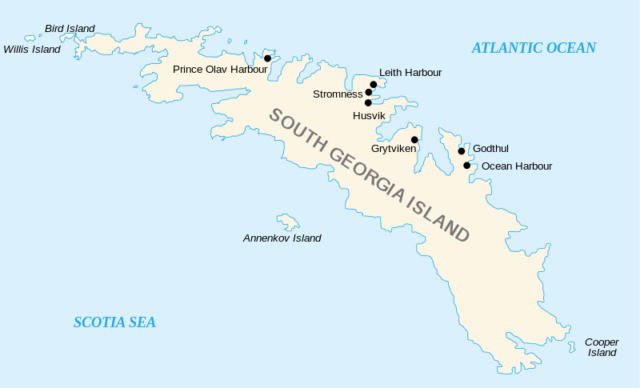 One such story of conquering this mammal whose heart alone weighed around 200 kilograms, not to mention the rest, begins with a whaling station know as either Port Leith or Leith Harbour. This station stood on the northeast coast of an island in the southern Atlantic Ocean known as South Georgia Island. It was here that Christian Salvesen Ltd. from Edinburgh – a company that is still in the business of whaling – opened their whaling station. 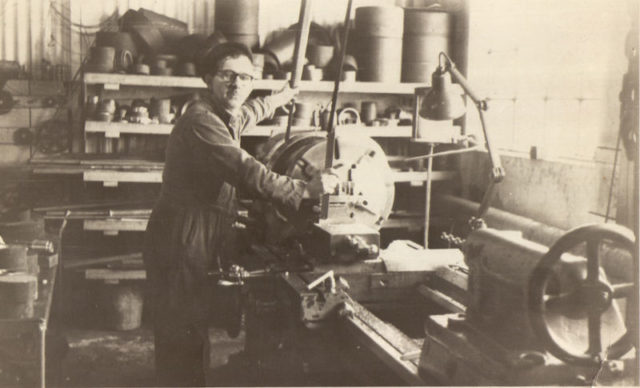 A whaler in a workshop. Author: Chrismackinnon Public Domain

The island of South Georgia itself has a long and varied history of whaling and this station played a major role, for it was one of the world’s biggest centers for whale hunting and processing. But Leith Harbour was not the only thing on this island. Here were also Prince Olav Harbour, Stromness, Ocean Harbour to name a few. The business flourished until 1963. From this period until 1935, the station was partly leased by Japanese marine companies. This year marked the end of South Georgia’s whaling season.

Years later, a population of reindeer was introduced to the island of South Georgia for the second time. However, an avalanche in 1918 swept clean the whole reindeer population. 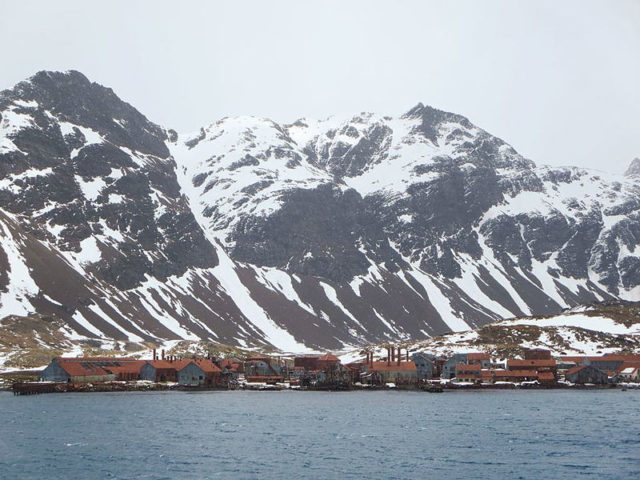 General view of the harbor. Author: David Stanley CC BY 2.0

Once the Second World War broke out and the oceans became infested with submarines and warships, all of the stations on the island were closed except for Leith Harbour and Grytviken – the war called upon the catchers to serve their part in the war, many of whom were destroyed by German warships. 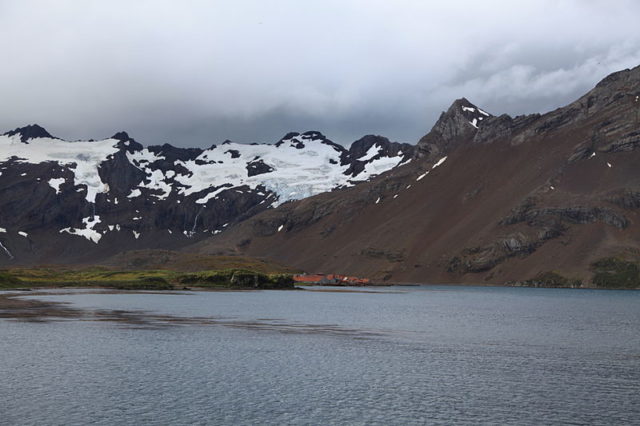 The British Magistrates protected the island throughout the war. The Royal Navy was responsible for training the whalers; at Leith Harbour and Grytviken, two four-inch guns were installed at strategic locations, and whalers were given training on how to use these guns. And a merchant ship was repurposed and armed to patrol the Antarctic as well as the South Georgian waters. The batteries used during the war hold their ground to this very day. 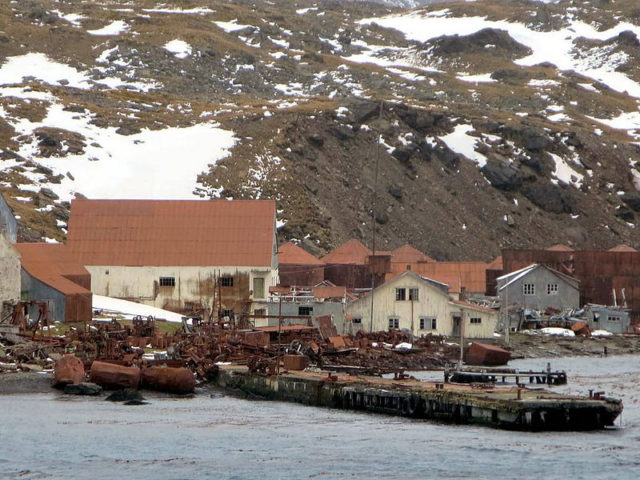 Years after the war, the island was the reason for the start of another conflict known as the Falklands War. No more than fifty Argentinians stormed the whaling station of Leith Harbour disguised as scrap metal traders. And this is when the conflict began. 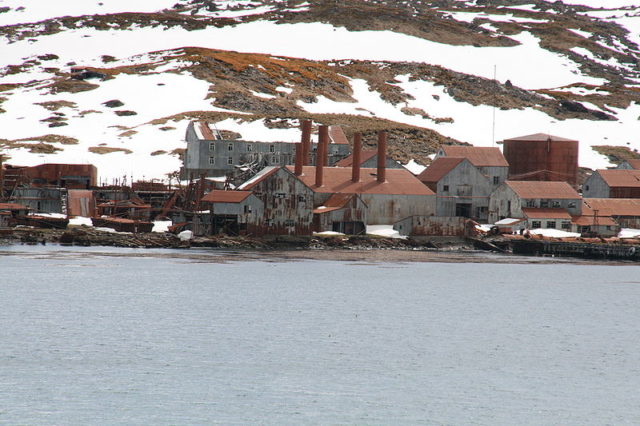 Today, only rusty chimneys and buildings remain. “Some of the huge steel cylinders of the whale oil tanks, 30ft high and 30ft across, have had their sides folded in, as if by a giant hand.

“But these are just the effects of time and the brutal winds of the Southern Ocean,” wrote the BBC in their article “South Georgia: The lost whaling station at the end of the world.” Abandoned since 1965, this station is the epitome of a ghost town, for there is nothing the buildings can do in their battle against the elements.

This is the reason why this station is off public access. The danger of falling building, chimneys, and oil tanks is so great that the island off-limits to the public and a special permit is required to enter the island.