A large part of this once bustling airport is no more than an empty space filled with bird’s droppings. It is located 8.2 kilometers west of the Cypriot capital city of Nicosia, in the suburb with a population of 38,345 named Lakatamia. 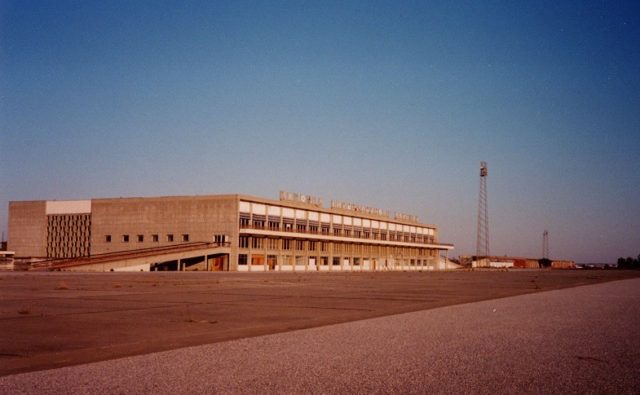 In its days it served as the main airport for the island. Commercial flights were regular up until the Turkish invasion of Cyprus in July 1974, when it was swiftly vacated.

Today part of the airport is completely abandoned as if a virus like in the movies swept every living soul off its grounds. There are even derelict airplanes gathering dust beside the runway. 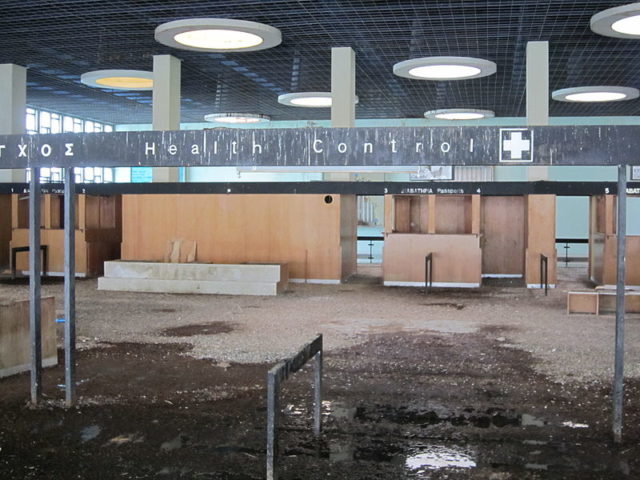 Part of the airport is in use as the headquarters of the United Nations Peacekeeping Force in Cyprus, but it’s terminal remains as it was left after holiday makers and resident foreign nationals scrambled to leave the island in the few days before the bombing began. 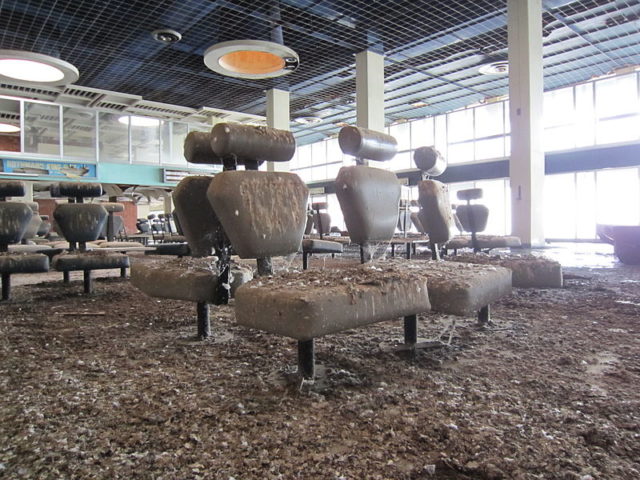 Its initial construction began in the 1930s as the British Royal Air Force station RAF Nicosia. From its beginnings as a military airport, it is still owned by the Ministry of Defense. The landing strip itself was constructed by the multinational oil and gas company Shell and by Pierides & Michaelides Ltd in 1939. The first commercial flights from the airport used the four-engine DH.86 aircraft.

The airport’s facilities and runway received their first extension, provided by the local contractors Stelios Joannou and George Paraskevaides, during World War 2. Throughout 1943-44, the runway was used for military purposes such as those of the American bombers on their way back from allied bombings of the Romanian Ploieşti oil fields. 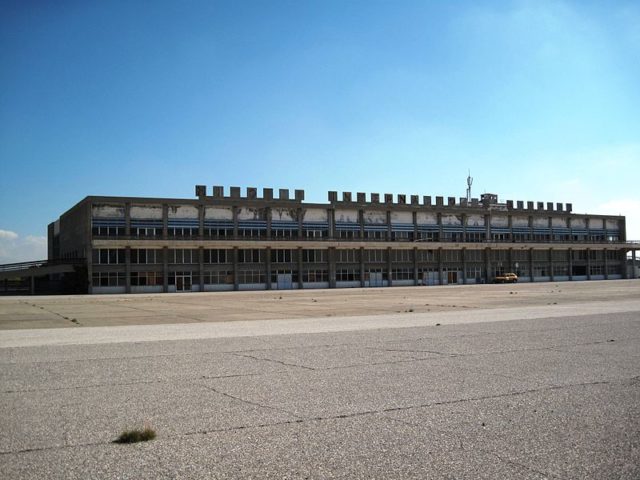 Once the war was over it was time for the commercial services to be reintroduced in 1948. Among the companies that provided the airport of Nicosia with their business were Misrair, BOAC, Cyprus Airways and MEA.

During the humble beginnings of this airport, it was run with no more facilities than three Nissen huts that were used as Immigration, Civil Aviation, Signals, Traffic and Operational Services and of course the terminal building housing Customs. 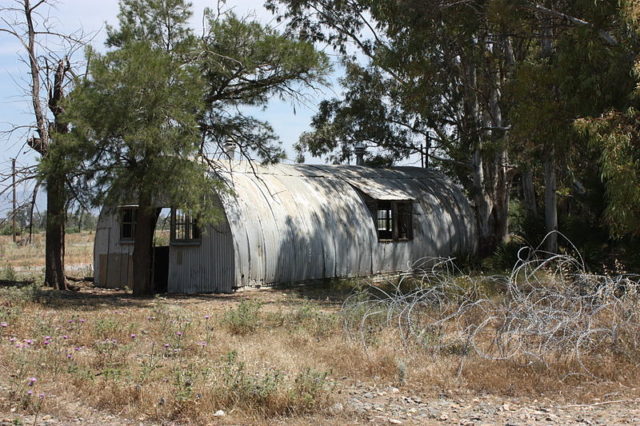 When it comes to the daily necessities such as food, the restaurant services were provided by the Navy, Army and Air Force Institutes (NAAFI).

Time for an upgrade was declared in 1949. It came in a form of a new terminal building that was designed and built by the Public Works Department at a cost somewhere around £50,000. It was opened in May that same year. 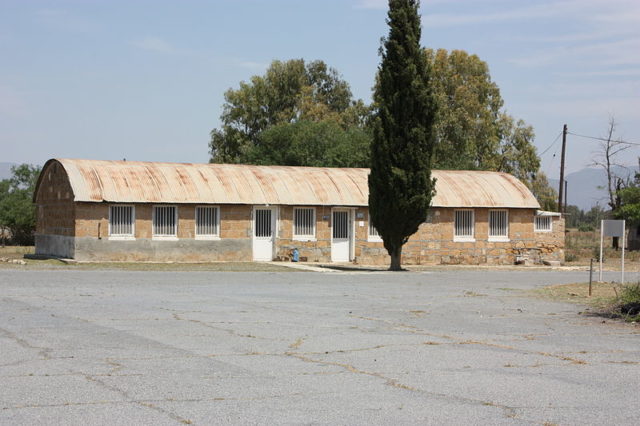 Due to the increasing civilian aircraft movements, active use of the airport by the RAF ceased in 1966. Nicosia Airport got a new super modern terminal with a price tag of 1,100,000 pounds sterling, of which £500,000 was contributed by Britain. It was designed by the German company Dorsch und Gehrmann from Wiesbaden and build by Cybarco. 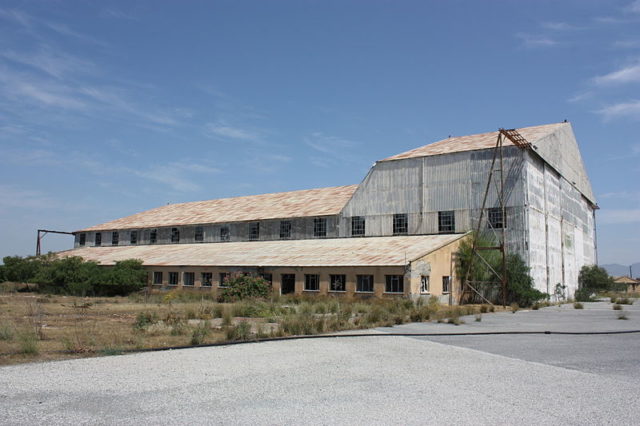 All services were relocated to this new terminal when it opened on 27 March 1968 and the old building was vacated for commercial purposes, although the Nicosia Flying Club and other flying organizations continued to use it. 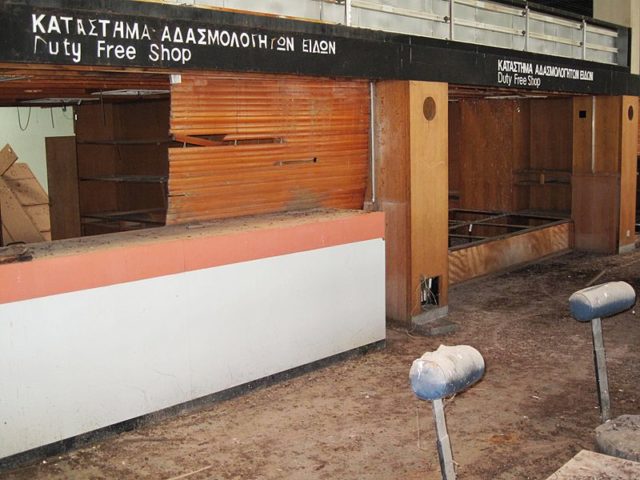 This new terminal could now easily accommodate 800 passengers and the parking apron could fit no less than eleven aircraft. 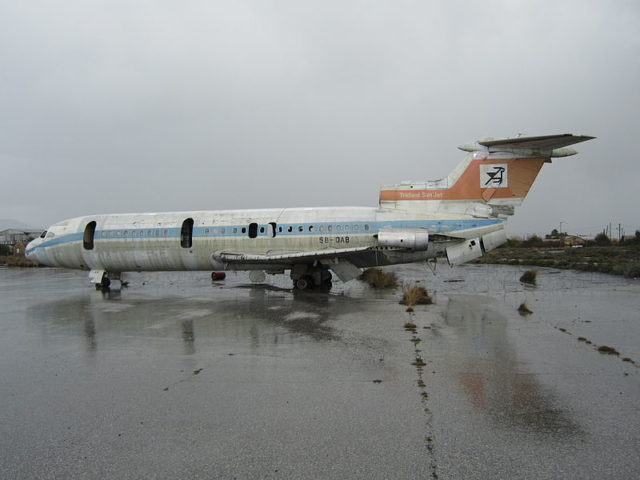 Nicosia airport had it’s share of disasters. In one incident, an EgyptAir Ilyushin Il-18 aircraft crashed into the Pentadaktylos mountain range, and in 1967 a Bristol Britannia flight crashed on approach to the airport in bad weather resulting in 126 people killed. 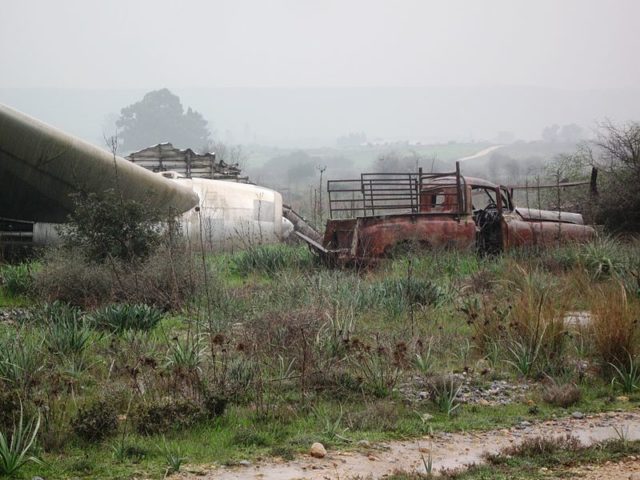 One of the last planes of Nicosia airport. Author: Dickelbers CC BY-SA 4.0

Plans for expansion of the airport terminal and airplane apron capacity were scraped and the airport closed in 1974. On 15 July, right wing Greek nationalists overthrew the democratically elected president of Cyprus, Archbishop Makarios. As a result, the airport of Nicosia found itself inside the United Nations controlled Buffer Zone that seperates the Greek and Turkish communities.

« Jal Mahal: The abandoned palace submerged in the water of the Man Sagar Lake
The ruins of Rievaulx Abbey in England: A precious pearl hidden deep in the remote Rye River Valley »