The nine combat sections that form the huge Ouvrage Rochonvillers complex stand right above the commune of Rochonvillers in northeast France.

Nothing but bare concrete and rusty steel is all that remains of this once very active fortification. Part of the Maginot Line, the Ouvrage Rochonvillers was once the largest fortification of this defensive barrier. It was one of several gros ouvrages (“big works”) in the sector of Thionville, facing the border with Luxembourg. 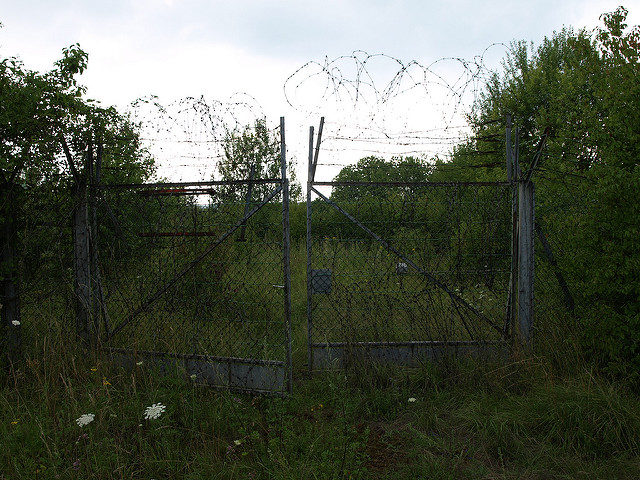 Where urban explorers sneak in. Author: Morten Jensen CC BY 2.0

The Maginot Line was one of France’s principle means of defense that was prepared during the turbulent years that preceded World War Two. This “wall” for concrete fortifications and anti-tank obstacles ran counter to the German Westwall. It was believed to be impregnable because it was so well fortified and was supplied by an underground railway network. 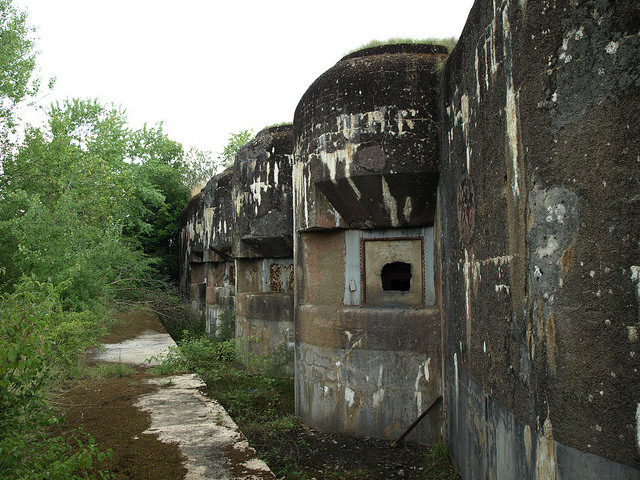 The Maginot Line was built to protect the eastern side of France, where the country borders with Germany, Italy, Luxembourg and Switzerland. However, to keep political relations with Belgium on good order, the line did not extend between these two countries, meaning there was a gap between the northern most end of the line and the English Channel. It also seemed like a safe bet to assume that Ardennes Forest would act as a natural barrier.

Largely because of the rapid development in tank technology as the war unfolded, this turned out to be a false hope. It was via Belgium that the German Army was able to break through and take France. 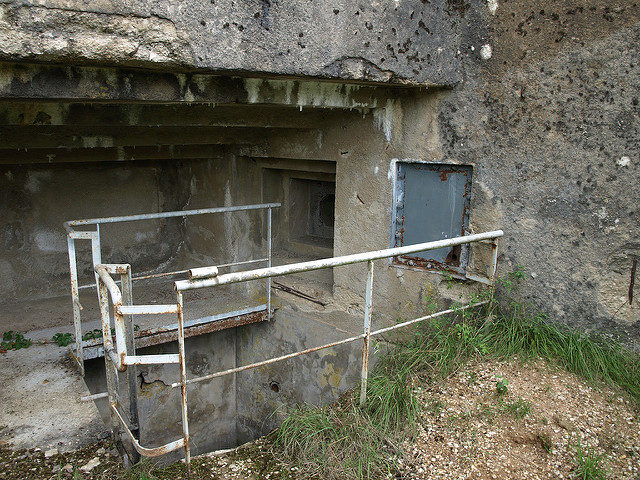 A portion of the Ouvrage Rochonvillers. Author: Morten Jensen CC BY 2.0

Ouvrage Rochonvillers, given its strategic location, was considered a priority and so was one of the first fortifications to be proposed, however its concepts and designs were redeveloped several times as the overall plans for the Maginot Line were completed.

The initial plan was suggested in 1926. This early design was simply for a large fort with two gun turrets. The next idea to be considered was to build four units that stood around an artillery turret, but much further south than its current location. 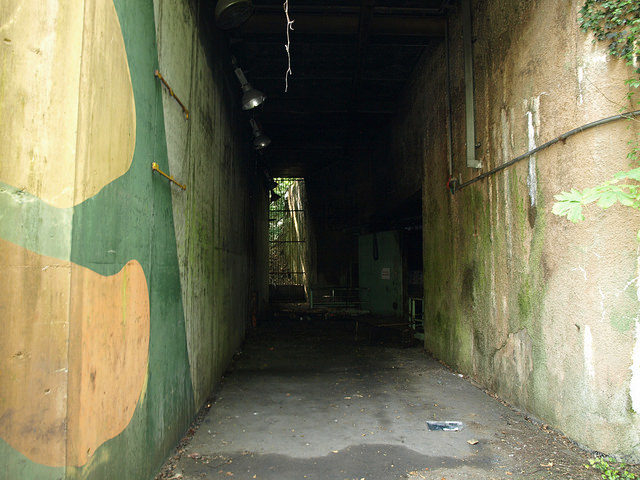 Inside the fortification wall. Author: Morten Jensen CC BY 2.0

The third proposal was nicknamed The Village. This plan was soon abandoned due to the excessive cost. The final plan, called Fort Palmé, was based on ideas first published by Colonel Tricaud in 1917. The general concept was for an underground central “trunk” with fortifications, barracks, and ancillary structures such as munitions stores connected all along it’s length. 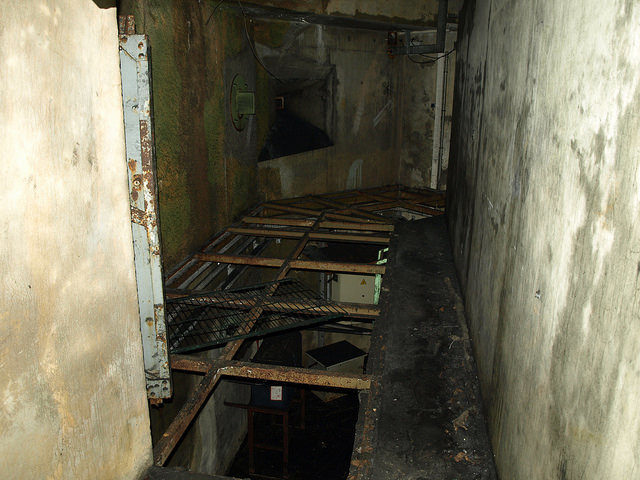 Part of the decaying interior. Author: Morten Jensen CC BY 2.0 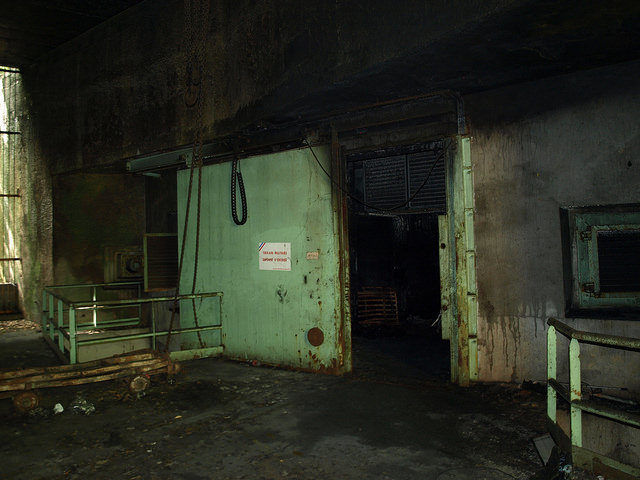 Inside the fortification wall. Author: Morten Jensen CC BY 2.0

Construction of the ouvrage began in 1930 by contractors Campernon-Bernard and it was fully equipped and ready for service in 1935. 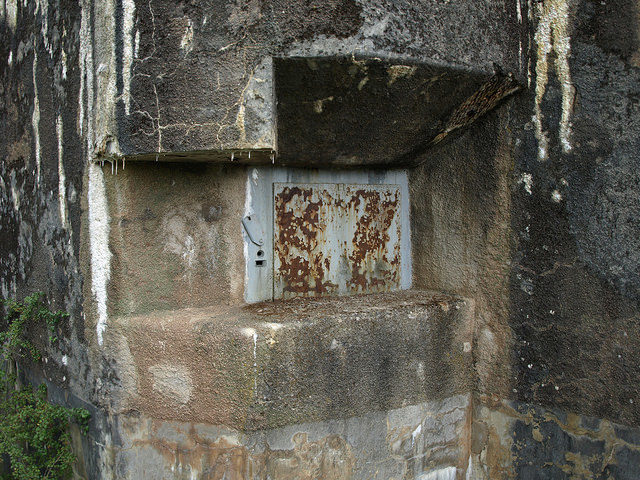 A locked block of the fortification. Author: Morten Jensen CC BY 2.0

Ouvrage Rochonvillers strategic position on the Aumetz plateau meant that the fortification had a clear line of sight over the River Meuse, the River Moselle, and the surrounding countryside. It covers a huge area. Each of the nine blocks is connected together, as well as to the underground barracks that were around 98 feet below ground. All of the units stationed here were under the direct command of 42nd Fortress Corps. 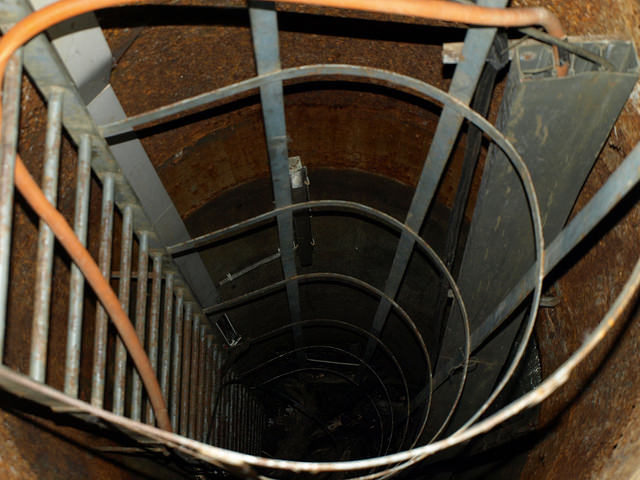 A staircase leading to the underground barracks. Author: Morten Jensen CC BY 2.0

During the Battle of France in 1940, it was staffed by more than 750 men plus 26 officers. No action was seen here as the German forces simply bypassed the strongly fortified area. 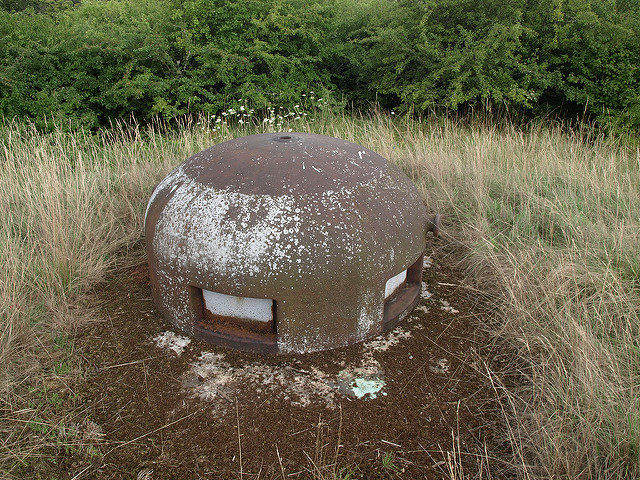 One of the turret bunkers. Author: Morten Jensen CC BY 2.0

By doing this, the Nazis were able to come around and behind the Maginot Line. A quick order was given to the soldiers to fall back and retreat. The casualties here were much less compared with other major World War II sites.

The complex was not abandoned immediately after the war finished, as the Cold War quickly became the global new threat. Some sections of the fortification were renovated and re-equipped for use in this secretive period of military tension. 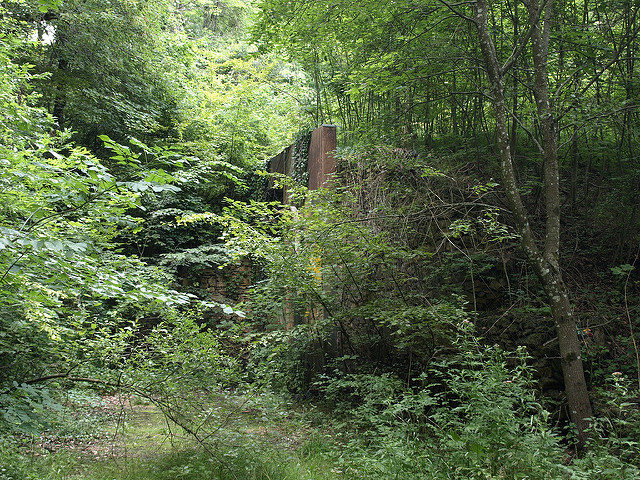 During the 1960s, French authorities decided that the upkeep of this facility was becoming too expensive and operations were moved elsewhere. Today Ouvrage Rochonvillers is still controlled by the Army of France, although it remains abandoned. The blocks are boarded and left behind until a future need arises. 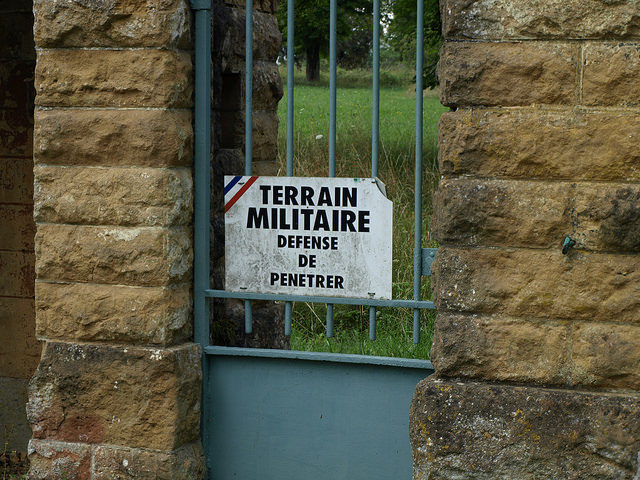 Getting into most of the area is strictly forbidden. Access is allowed on occasion, however, to one of the casemates, for tourists and all those that want to know more about the days when the world was at war.