It is the time and age of many amazing scientists and innovators, people such as Galileo Galilei, Isaac Newton, René Descartes, Blaise Pascal just to name a few.

It is the age when the first refracting telescope was invented and when the first human-powered submarine was submerged. A lot of “firsts” happened during this period. The list is almost infinite and it includes the first adding machine, the first barometer, the blood transfusion, the first time bacteria was caught under the microscope, the first pocket watch. 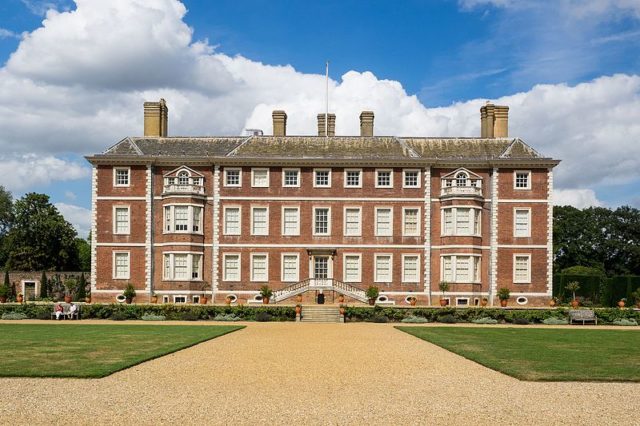 According to a number of dedicated historians, the 17th century is regarded as the most important period in the birth of the modern world. 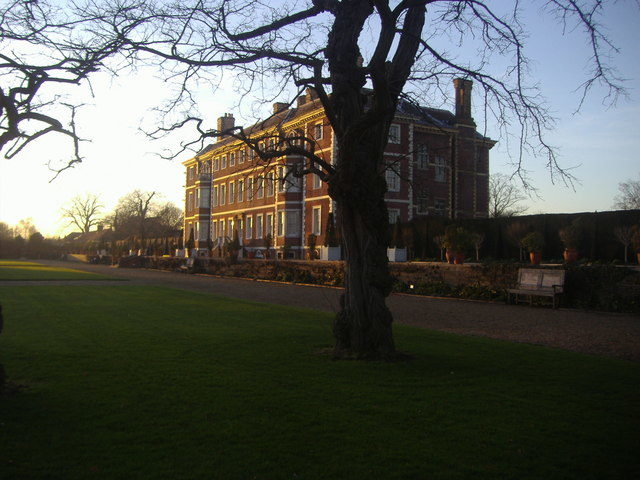 But not just science, for art and architecture were also flourishing. Once such example is Ham House, located close to the River Thames in London. A magnificent example, according to the English conservation organisation the National Trust, of “…a complete survival of 17th-century fashion and power.” Its story begins during the time of King James VI of England. 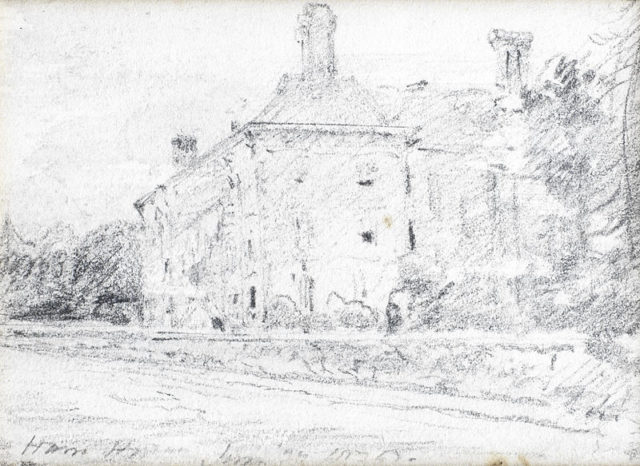 An old drawing of the house. Author: John Constable

The south-west London district of Ham was endowed by King James to his oldest son, Henry Frederick, the Prince of Wales. The 3 story house was built in 1610 by Knight Marshal to the Royal Court, Sir Thomas Vavasour, in an H-Plan design that afforded wonderful views across the gardens and the river. Henry Frederick died just two years later, and the district of Ham, including Ham House, was passed into the hands of Charles, Henry’s brother. Charles was crowned King of England in 1625. 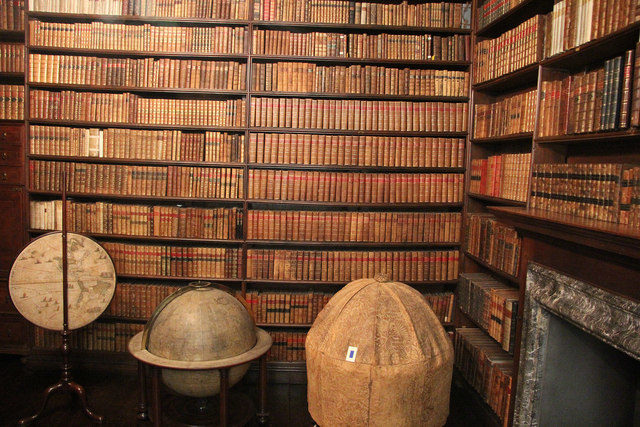 Following the death of Sir Thomas Vavasour (1620), the place was given to John Ramsay, an important aristocrat from Scotland, also known as the personal favorite of James VI. James Ramsay owned this place for six year, until he passed away in 1626.

Ham House was then leased to William Murray, 1st Earl of Dysart. As the childhood whipping boy of the now King Charles, William was the one to suffer punishment for any misbehavior by Charles. But the two were also educated together and remained good friends into adulthood. 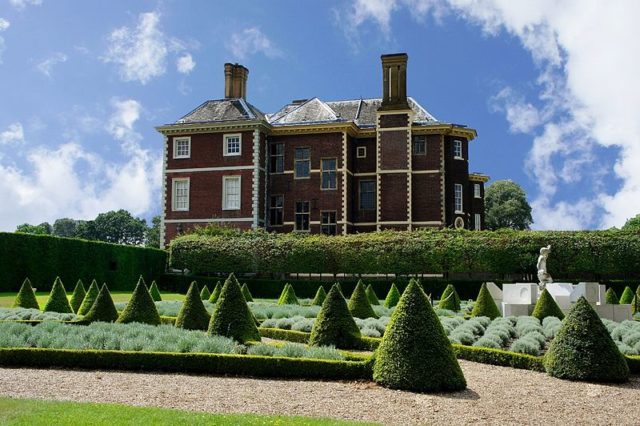 Ham house with its garden. Author: Maxwell Hamilton CC BY 2.0

At first, the contract stated that the house lease was active for 39 years. Later on, another 14 years were added. During the English Civil War, William transferred the ownership of this place to Catherine, his wife. Still, the property was confiscated, but with much effort and the fine of £500, Catherine managed to get it back in 1646. She remained the owner of Ham House for as long as she lived, and after that, the house went to their four daughters.

After the Civil War, much of the Royal Estate was sold by the newly formed Commonwealth of England. William and Catherine’s daughter Elizabeth and her husband Lionel Tollemache, 3rd Baronet of Helmingham Hall, were able to secure purchase of the freehold, meaning they now owned Ham House and it’s grounds outright. 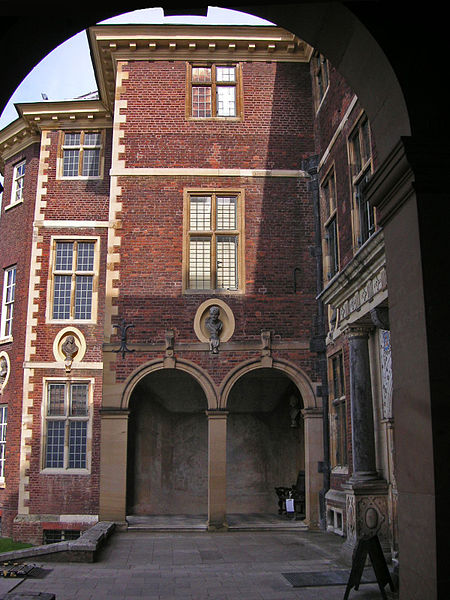 Elizabeth and Lionel remained staunch Royalists, and were therefore able to keep possession of Ham House when the monarchy was restored in 1660. In addition, following Lionel’s death, Elizabeth was rewarded with a handsome pension of £800 per year. The house remained in ownership of the Dysarts for several generations. The last Earl of Dysart had no direct heir. On his death in 1935, Ham House was inherited by the family of his sister.

Sadly, due to lack of funds and, during World War 2, difficulty finding staff, the condition of the house deteriorated. In 1943, the last private owner of Ham House, Lyonel Tollemache, 4th Baronet of Hanby Hall, donated the property to the care the National Trust. It was during the 1950s, after restoration, that the house was finally opened to the general public, four centuries after its initial construction. 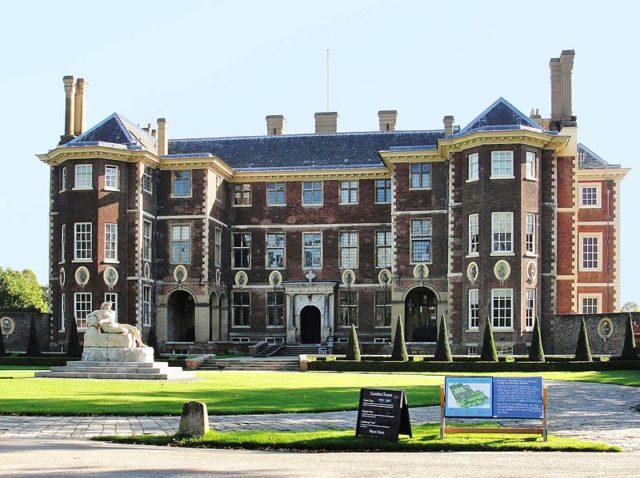 Front view of the house. Author: Maxwell Hamilton CC BY 2.0

Even though hundreds of years had passed, the house kept its original looks. Having such an interesting period design made this house perfect to feature in a number of TV and film productions. For instance, it was used in the British-American Drama The Young Victoria. 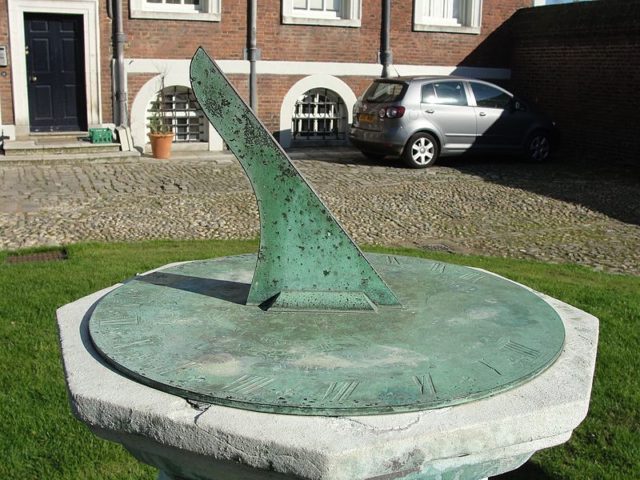 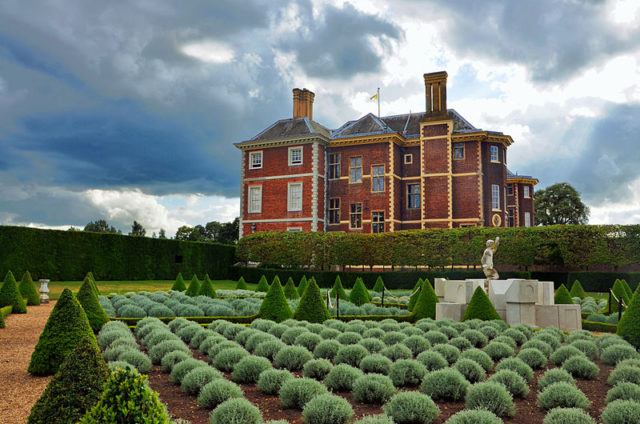 Ham house with its garden. Author: Duncan Harris CC BY 2.0

The BBC also used the premises of Ham House to film part of their classic series Steptoe and Son. Even Disney used this house for the filming needs of the John Carter. When not rented for filming purposes, it is favorite tourist location.

« Titchfield Abbey: the picturesque ruin where some of Shakespeare’s plays were first performed
Mundesley TB Hospital: the first open-air treatment for tuberculosis in England »