A fairytale mansion which is still magnificent even in its state of decay can be found nestled in the middle of an enchanting forest.

The exterior of the structure looks like it is almost intact, but inside, although it seems empty at first except for ruins and piles of rubble covered with moss and a few trees, there is quite an impressive fantasy scene.

The internal remains of the glamorous past of the Oakhurst House are melded with nature, and thus a secret and hidden magical world was created within the crumbling walls of the beautiful skeleton. The piles of rubble seem like mountains, valleys, and hills, the moss like green grass and the small trees like an old forest. 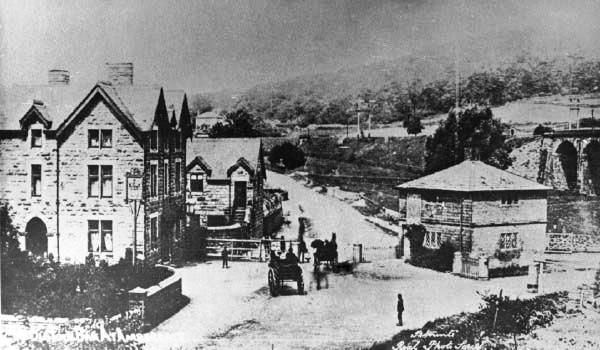 The remains of this architectural beauty and a precious relic from the past is situated in Shining Cliff Woods just above the small village of Ambergate in the central English county of Derbyshire.

The building was constructed in 1848 for the four daughters of the wealthy politician and industrialist Francis Hurt at the edge of his iron forge. The initial plan was to provide a new home and decent residence for his unmarried daughters and leave his main residence of Alderwasley Hall for his son. 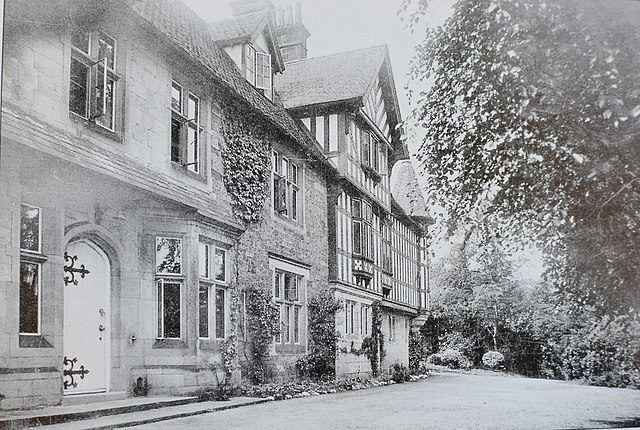 But the daughters did not like this idea and did not obey their father’s wish. They refused to move into the new grand house and instead moved to the much larger house of Chase Cliff near Crich, Derbyshire, which was constructed upon their wishes.

The mansion in Ambergate was used by them a couple of times and was practically abandoned for several years. 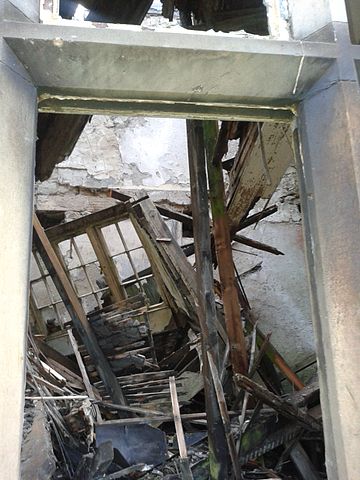 The family rented the forge to several local smiths until 1876 when it was bought by the Johnson and Nephew Wireworks Company.

The new owners reconstructed the old and derelict forge and started to successfully manage a wire factory for more than 100 years. The mansion was bought in 1888 by the Midland Railway and it was used by their engineers, who worked on the construction of the railway in the region. 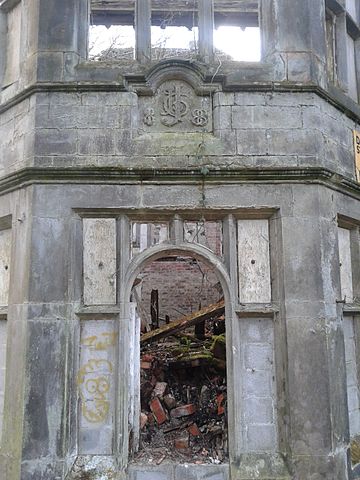 In 1893 the Johnson family bought the mansion too. They enlarged it with some fine details in Tudor style. The year 1894 can still be seen on the facade (the year of the reconstruction) with the emblem of the Johnson family also carved into the stone.

The mansion for many years was home of Thewlis Johnson. At the beginning of the 1920s, it became a retreat house for the local Diocese of Southwell.

Because of the tranquil environment and the vicinity of the Ambergate railway station and the main road, the mansion soon became a place for people who came there in search of physical, emotional and spiritual refreshment.

The largest room on the second floor was adapted into a small chapel. Another two larger rooms were also transformed into a dining room and a conference room. The smaller rooms were adapted too and the retreat house could accommodate 24 people at once. In those days, Oakhurst held many conferences and summer schools.

Shortly after the end of the World War II, this dynamic phase of the mansion ended and the Oakhurst mansion was converted into flats, mainly for the management of the wireworks factory, but they were rarely used.

In 1985 the successful life of the factory ended. The factory was closed and abandoned. The house had the same fate. Since then, almost the entire site was left to deteriorate. Only parts of the factory structures were adapted to storage and some outbuildings were reconstructed into houses.

The ruined Oakhurst mansion and the rest of the factory buildings, which are now in derelict condition, became a magnet for urban explorers and paranormal investigators. Although there is no specific haunted story connected with the mansion, a spooky atmosphere nevertheless pervades the place. 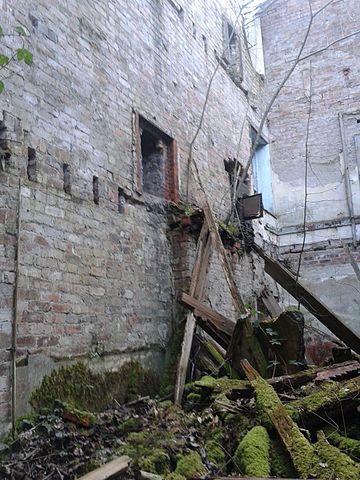 The mansion was put on a list for demolishing, as repairing it would be too expansive, but the demolition never occurred. Instead of that it is being, like most of the unused structures in the former wireworks, slowly overtaken by the forest.

If the process continues this structure will have the same fate of nearby ancient lead mining shafts which have been completely reclaimed by the forces of nature.