The Rufus M. Rose House on Peach Tree Street in Atlanta, Georgia is a rare example of late Victorian architecture.

The grand town house was built for Dr. Rufus Mathewson Rose, founder of the Four Roses Distillery. It was designed in the late Queen Anne style by architect Emil Charles Seiz (1873-1940), who was known for designing residential and commercial structures in the city of Atlanta. 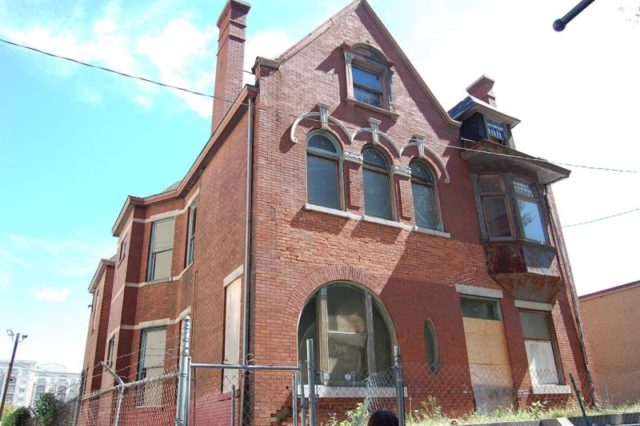 As a last reminder of the residential development of its time, the Rufus M. Rose House is highly significant to the city’s historical, architectural and cultural heritage.

Rufus M. Rose was born in Connecticut in 1836. He studied medicine in New York and worked as a druggist and Civil War doctor, before relocating to Atlanta in 1867. Here, he founded the R.M. Rose Co. Distillery (known also as the Mountain Spring Distillery). He also started a real estate business, The Rose Investment Company, and he was devoted to it until his death in 1910.

The Four Roses trademark was born in 1906 as a special blend that only Rufus Rose himself knew and it was his last blend before retirement. Later his son Randolph moved the company and its distillery across the Chattahoochee River to Vinings, and in 1913 he sold it to Seagram and Co., who recognized the Four Roses rising potential as one of America’s best whiskey brands. 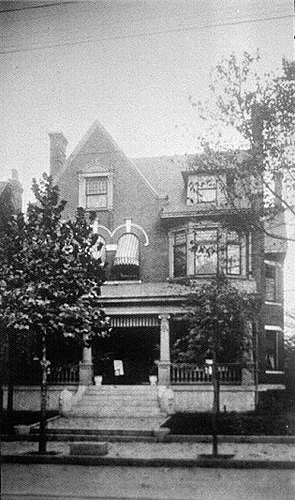 Rufus M. Rose House in 1903. Notice the mounting block at the curb.

The Rose family lived in the house until the death of Mrs. Rose in 1921. Two years later it was sold and, according to the city directories, it remained a private residence until 1926. From the period between 1927 and 1930 it appears to be vacant and used as a residence again until 1935-1936.

For a short period the Rose House was used as offices for the Fulton County Relief Administration and from 1937 to 1945 it was used as a residence once again. 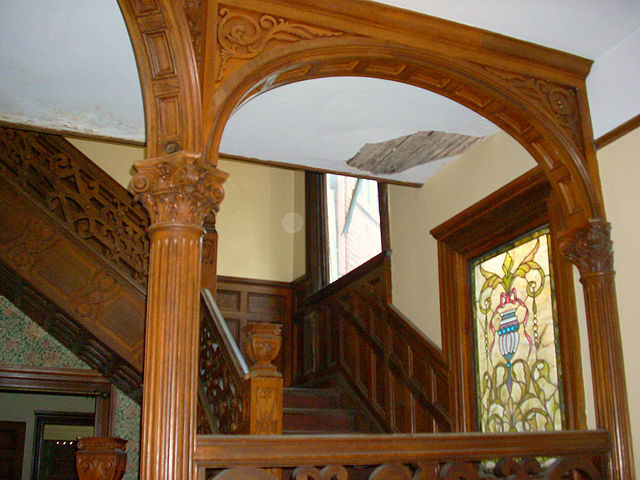 In 1945 the house was purchased by James H. Elliot, Sr., who opened J.H. Elliot’s Antiques and moved his Atlanta museum from its previous location. The museum was open to the public and contained more than 2,500 noteworthy items. J.H. Elliot, Jr. took over from his father’s steps and, alongside operating the antique store and the museum, he started restoration of the interior rooms.

In 1998 the store and the museum were closed. In the next period the house was utilized by the Atlanta Preservation Center as their headquarters until 2001. After they moved out, the building was left vacant and falling into the state of disrepair — until 2011 when the house sold at auction to Gholam Bakhtiari for the price of $309,750. 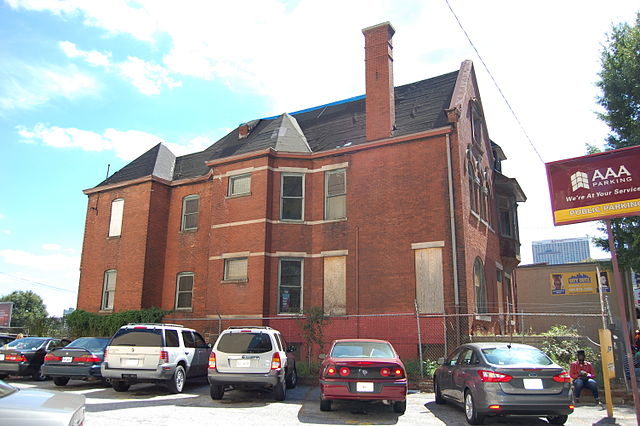 Rose House was listed on the National Register of Historic Places in 1977 and was recognized as a Landmark Building Exterior by the City of Atlanta in 1989.

It is the only remaining Victorian mansion in the central business district. Even though major water damage and decay are visible, it still appears that many of the original features survived. There is no doubt that in this era of big residential development the importance of the Rufus M. Rose House cannot be underestimated. 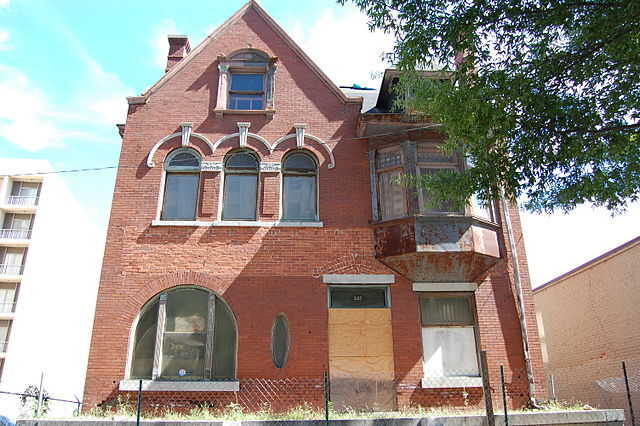 Liliana Bakhtiari, the daughter of Gholam Bakhtiari, has taken over the management in order to preserve the building and she has decided that the property needs to be redesigned and used for artistic and entrepreneurial purposes.

Overseeing the development, Liliana indicates that the idea is to fully renovate the space; to repair the decades of structural damage, but the architectural and historical elements of the house will still remain.

With big plans ahead and endless potential and possibilities, the neglected home will have to overcome the new challenges before opening its doors to the public one more time.