The River Seine is an important commercial waterway in the north of France. It stretches for more than 483 miles before it meets its end, joining the English Channel. 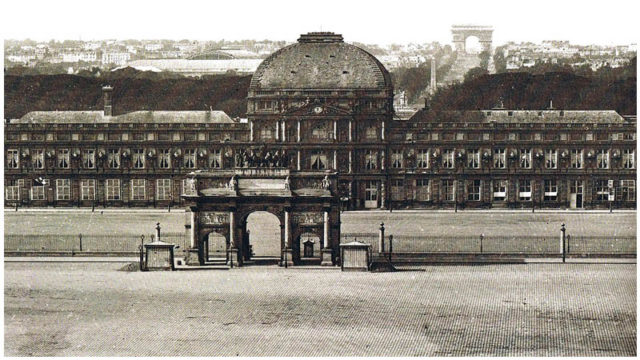 Its shores are home to a great number of structures of historical value. One of these is Tuileries Palace. A residence like no other, this palace was home to many French monarchs, the first of whom was Henry IV.

The idea for such a palace was born of Catherine de’ Medici, daughter of Lorenzo II de’ Medici and wife of King Henry II, right after the death of her husband in 1559.

In order to construct the palace, Catherine sold the well-known Hôtel des Tournelles, which was erected in Paris in the 14th century. The hotel was the place where Henry II died from wounds that he received accidentally during a game of jousting.

Catherine began construction of the palace five years after her husband’s death. She chose Philibert de l’Orme, a grand master of the French Renaissance, as chief architect for the project.

A number of key changes were made to Tuileries Palace during the time of Louis XIV. Louis XIV had the longest recorded reign in European history: becoming king when he was just a four-year-old boy and holding the throne until his death, 72 years and 110 days later.

During this period, the Théâtre des Tuileries was added to the palace. The façade and central pavilion that Philibert de l’Orme had originally designed were also altered, and a rectangular dome was added.

In 1667, the Court of France was relocated to the palace, only to be displaced once more five years later to the Palace of Versailles. The move left the palace almost entirely unoccupied and only the theater was fully functioning. The royal gardens, too, were a favorite recreational site among Parisians.

In 1716, just one year after the death of Louis XIV, a boy also by the name of Louis was brought to the palace. The boy would soon become King Louis XV.

After the reign of Louis XV came Louis XVI, who came to the palace in 1789 when the French Revolution forced him and the royal family to leave the Palace of Versailles. For two years, Tuileries Palace was the king’s official residence.

In 1799 the palace became the residence of Napoleon Bonaparte. He too left his mark upon its overall design, constructing a gallery called the Northern Gallery.

Napoleon also redecorated the whole palace in the Neoclassical Empire style, employing some of the best artists, furniture makers, and architects to help him do so.

The palace was in continual use until 1871. On May 23rd that year, a group of 12 men set the whole palace ablaze, using petroleum and liquid tar. The men were acting on the order of ex-military commander Jules Bergeret.

The fire spread quickly, making it harder and harder to extinguish. The blaze lasted for 48 hours before it was brought under control, but the palace was mostly destroyed — the only part that survived was the Pavillon de Flore.

For 11 years, the ghostly remains of the once-luxurious palace stood undisturbed, brooding over the Parisians. In 1882, it was decided that the barren remains would be demolished.

The process began in February 1883 and by September the same year, the palace was gone. All that remains today are bits and pieces, some of which are on display in the Louvre, and a wealth of stories and paintings.

« Yoros Castle in Turkey: for many years it defended the Bosphorus
Frank James Hospital: erected in honor of Frank Linsly James by his brothers and abandoned in 2002 »