Arnside Tower is a ruined Pele tower (or Peel tower – a late medieval fortified tower house) located approximately 1.5 miles outside of the village of Arnside and to the south-east of Arnside Knott (a hill near the village of Arnside) in the county of Cumbria, in Northwest England. The tower, or what is left of it, is a magnificent and quite unique example of a Cumbrian Pele tower. 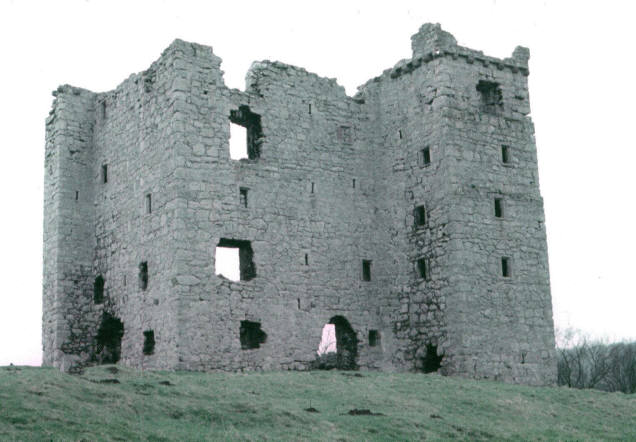 It is one of the oldest buildings in the parish – possibly even the oldest.

Construction is likely to have been started by the de Bethom family around 1340. The work lasted throughout the second half of the 14th century, and the tower was finally finished at the beginning of the 15th century. 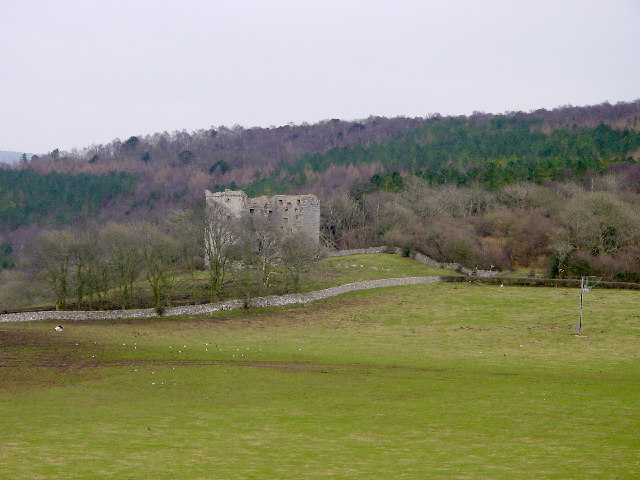 During the Medieval Period, the Scots often attacked and tried to invade parts of Northern England. Castles and Pele towers were constructed in order to secure the borderline and to provide protection for the local communities. More than 100 fortifications were built in Northwest England, between the River Lune and the Scottish border. 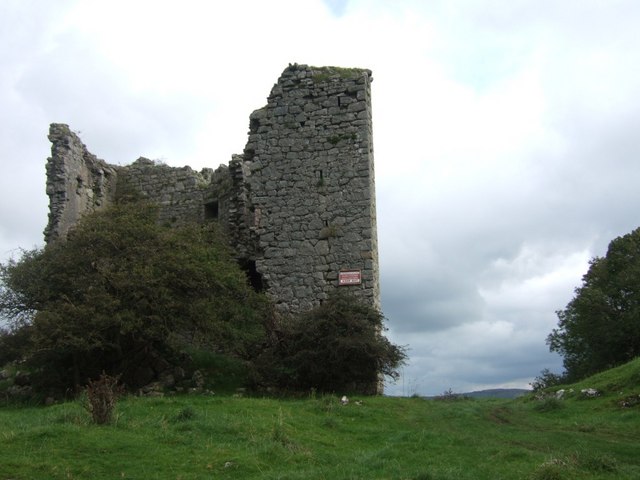 Pele towers were smaller and less fortified than castles.

They were not intended to withstand a siege by a properly equipped army but to repel attacks from lightly armed raiders and to signal to the other Pele towers and castles if enemies were approaching. They functioned as watchtowers from where signal fires were lit in order to warn of any coming danger. 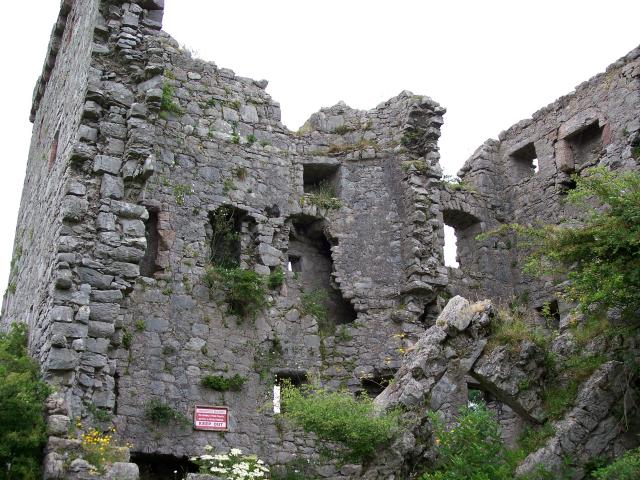 Arnside Tower was built on a quite strategic position: near the Hazelslack and Lindeth towers and within signaling distance of several other Pele towers in the area. It is nestled on a saddle, or col, between the coast of Morecambe Bay on the Irish Sea on the west, and Silverdale Moss to the east. 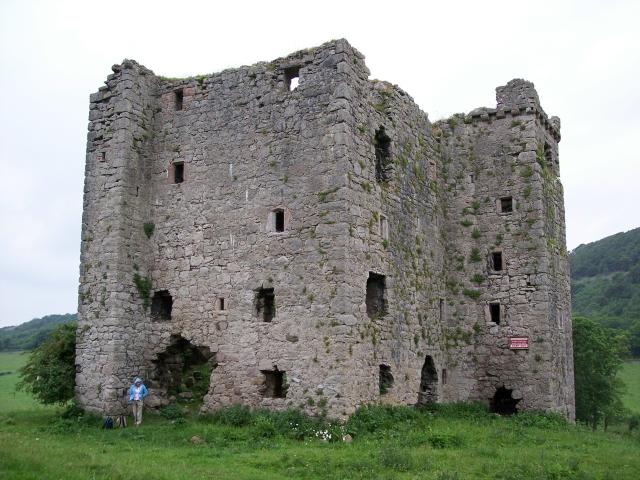 The dairy and storerooms were on the ground floor, and stone steps led to the entrance on the first floor, which was made of a heavy oak door and a protective iron grille. Fireplaces and latrines were constructed into the walls – some of which were up to 10-feet-thick. A spiral staircase connected the floors. 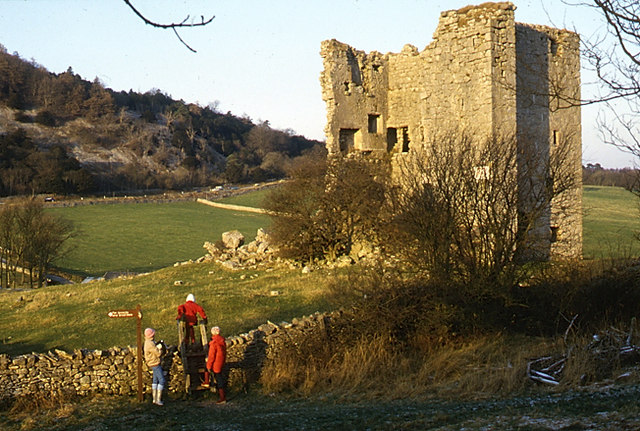 The ruins can be safely enjoyed from distance – Author: Tom Richardson – CC BY-SA 2.0

Sadly, Arnside Tower has been severely impacted by the passage of time and the systematic dismantling that happened throughout the years — today it is roofless and floorless.

It was critically damaged by a fire in 1602. Historians believe that the fire was caused not as a result of an enemy attack but probably due to a domestic fire. The damaged tower was very soon repaired and inhabited again. 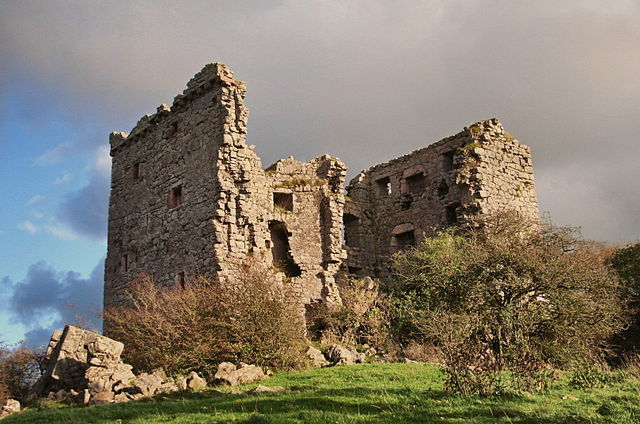 Between 1684 and 1690, the disintegration of the structure continued. Useful building materials, primarily roof timber, were removed bit by bit and taken to the villages of Beetham and Knowsley where they were likely reused. In 1815, Arnside Tower was sold to Daniel Wilson of Dallam Tower. 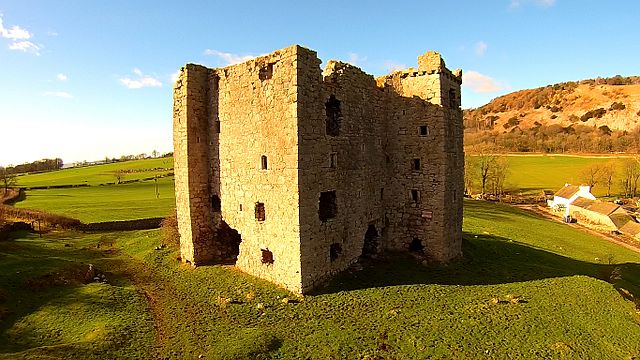 It was one of the many Pele towers in the area – Author: User:Anglovirtual – CC BY-SA 3.0

In 1884, already in a ruinous state, it became a victim of an unusually strong storm. During the fatal event, the southwestern corner was destroyed as well most of the south wall. Much of the tower is still standing, although in quite a ruinous state.

When it was in one piece, it was divided by an internal cross-wall, now mostly ruined. One part contained four stories of domestic rooms; the other part contained five stories and included the garderobe and the taller part of the tower. 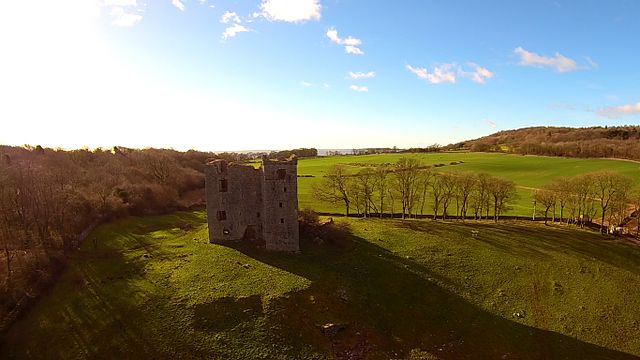 The tower site looking south-west toward the coast. The public footpath runs left to right behind the tower in this photo – Author: User:Anglovirtual – CC BY-SA 3.0

Most of the windows had decorative details around them, but these elements were removed over the years. Now there are only holes in the masonry. All the doorways suffered more or less the same fate. Portions of the parapets can still be seen on the northwestern wall and on the topmost point of the tallest part of the tower. 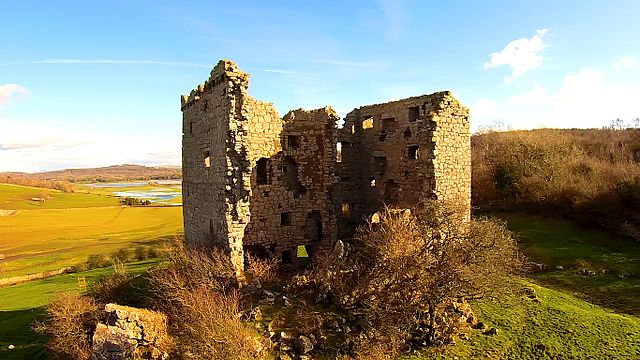 A view of the collapsed wall and some of the exposed internal structure of the tower. Silverdale Moss is visible in the background – Author: User:Anglovirtual – CC BY-SA 3.0

The spiral staircase is still largely intact and fireplaces, passages, and doorways can still be seen in the surviving walls.

The interior is in a ruinous state, and entering the ruins is not recommended due to safety reasons. There are also few signs that warn that the tower is not safe. The site is in fact now situated on privately-owned property, and it is illegal to enter it. 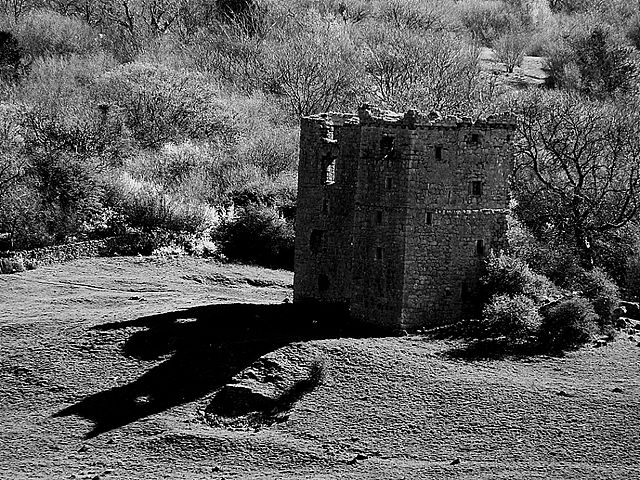 Much of the tower is still standing, but in a quite ruinous state – Author: BigMetalFan – CC BY-SA 3.0

However, it is evident that the ruins are often visited by courageous and curious explorers. Others can still enjoy the ruins from a distance.

Another Article From Us: The Abandoned Eagle Mountain Railroad

The public footpath that runs right alongside the tower offers excellent views of the ruins. Unfortunately, very little is currently being done to prevent the slow decay of this precious monument from the distant past.