It is strange how a place once filled with glee and giggle can end up looking as if a war had swept through it. Once located in Chippewa Lake, Ohio, Medina County, this theme park looks exactly like that.

The man with the idea behind its creation was Edward Andrews. This merry fellow in 1875 organized a cheerful picnic ground and beach under the name of Andrew’s Pleasure Grounds. And it was indeed a pleasurable spot. 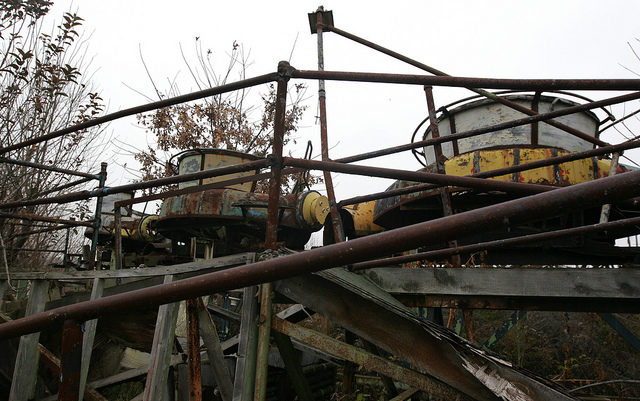 The park proved to be a success. After many years, people began to loose interest in returning to the same unchanging place. It was the addition of a steam boat and the park’s first roller coaster that brought it back among the living. 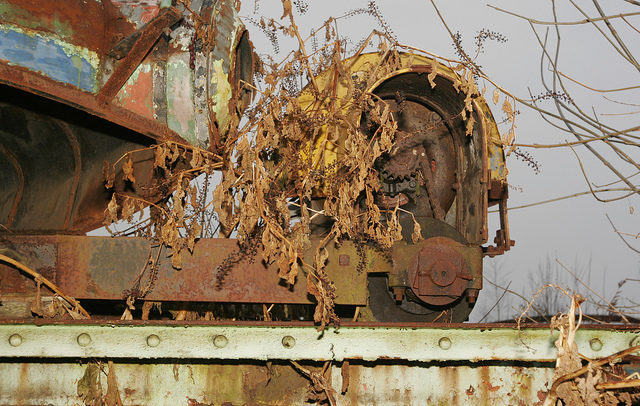 The initial roller coaster had to be manually pushed up the tracks before the beginning of each ride but it proved to be very popular. In 1898 it was time for the park to switch owners and Mac Beach acquired Chippewa Lake. 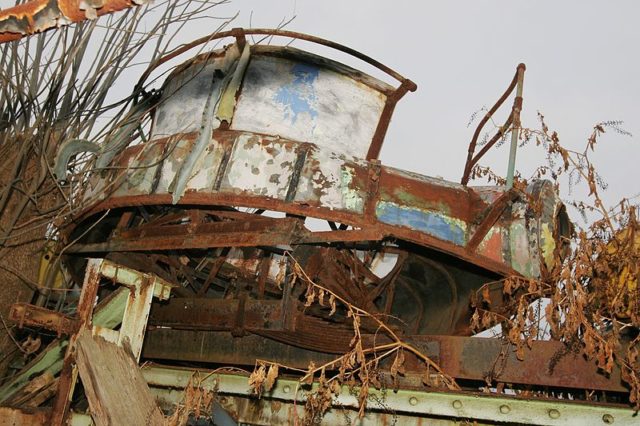 Besides immensely improving the park, Mac Beach also placed a ban on liquor sales. He set his son Parker, who would later inherit the park, in place as the manager. This young chap proved to be a strong leader and managed the park successfully during the roaring ’20s. In this same decade, Fred Pearce designed the first modern roller coaster and this was placed in Chippewa Lake Park. The name given to this ride was the Big Dipper but it was generally known simply as the coaster. It was a small coaster measuring just fifty feet in height. 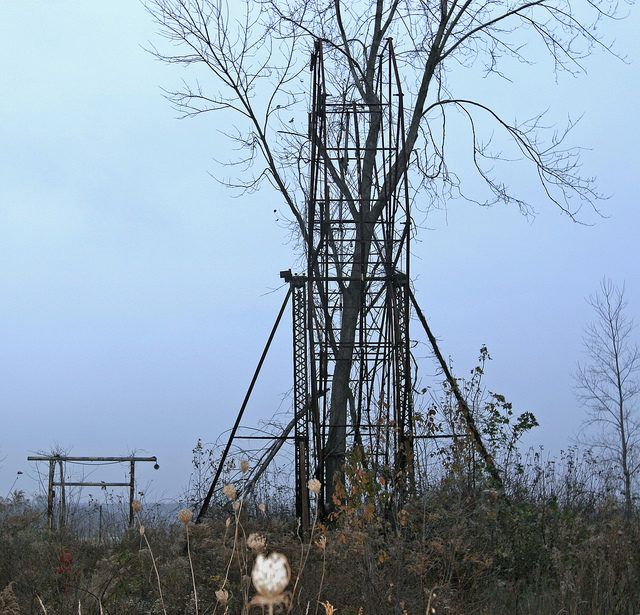 To make the environment even more joyful, the park’s band-stand had a live band seven nights a week. The family managed to run Chippewa Lake Park well into the 1960s. 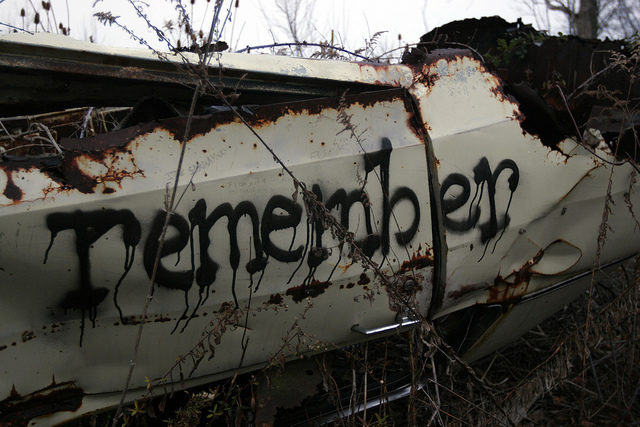 Graffiti dedicated to all of the good times spent at the park. Author: Dana Beveridge CC BY 2.0

Eventually, the park started to lose it popularity. Even though through the years the park featured three roller coasters, flying cages, a Ferris wheel, carousel, Tumble Bug, ballroom and many other rides, nothing proved to be efficient enough to stop the park from dying.

Chippewa Lake was even acquired by Continental Business Enterprises in 1969 to transform the park into more of a summer resort. But none of these plans drew any public interest or funding and most of it was scrapped. 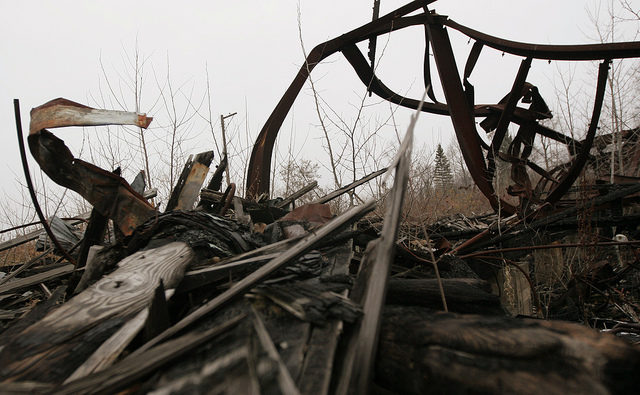 Nothing but a pile of wood and metal is left after years of scraping. Author: Dana Beveridge CC BY 2.0

In 1978, the park closed its doors. What followed were 30 years of abandonment and deterioration. The year when the park closed was the park’s centennial season under the company’s ownership. Due to competition from nearby Cedar Point park and the decline of steel and rubber production in the surrounding areas, Chippewa Lake Park had no choice but to shut down. 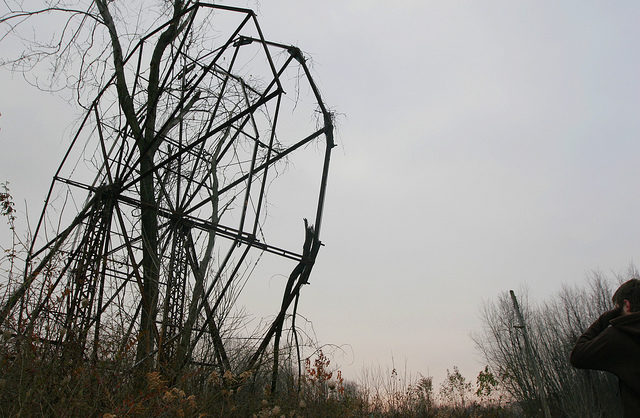 The fact the closure of the park was its 100th season went by rather quietly with no media coverage or massive public outcry. The park was a place where many people found their bliss and comfort. Even its former owner Parker Beach requested to his family that he is to be buried there when he died. 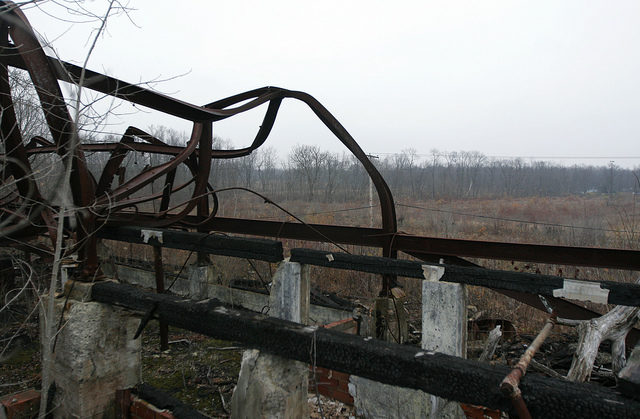 One of the decaying rides. Author: Dana Beveridge CC BY 2.0

His final wish was granted and he was buried at Chippewa Lake Park’s ground. His exact final resting place remains unknown, although there was a documentary in 2007 named Welcome Back Riders that at the end, in a humorous way, said to be respectful if you try to find Parker Beach’s Grave. Let him enjoy his park in peace…..he’s by the roller coaster. By the 2000s, however, large trees began growing through rides like the coaster and Ferris wheel. Some of the buildings had collapsed and suffered the effects of the elements. 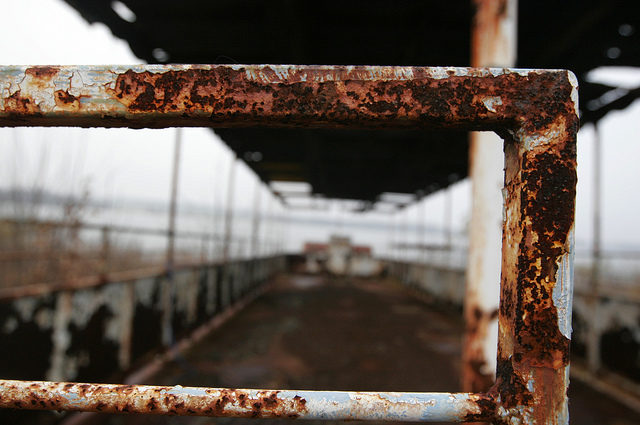 At 4:00 pm on Thursday, June 13, 2002, the Chippewa Lake Park Ballroom burned down. By 2008 several other buildings also suffered the ballroom’s fate. The abandoned and forgotten park proved to be the perfect location for the filming of the horror film Closed For the Season.

Today as of May 3rd, 2017, Chippewa Lake Park is still listed for sale. The current price stands at 3.7 million dollars.

« Geauga Lake Amusement Park – Offering Fun and Joy for More Than 100 years
Tiwanaku, Bolivia: The enormous mysterious ancient city that was abandoned a long time before the rise of the Inca Empire »