Fountains Abbey: these magnificent ruins were the filming location of The Secret Garden

The history of England is filled with the stories and historical accounts of once-prosperous sites and their gloomy and ruinous end. Among all those places is Fountains Abbey – the wealthiest monastery in all of England –  located to the south of Ripon, close to the village of Aldfield in 1132. 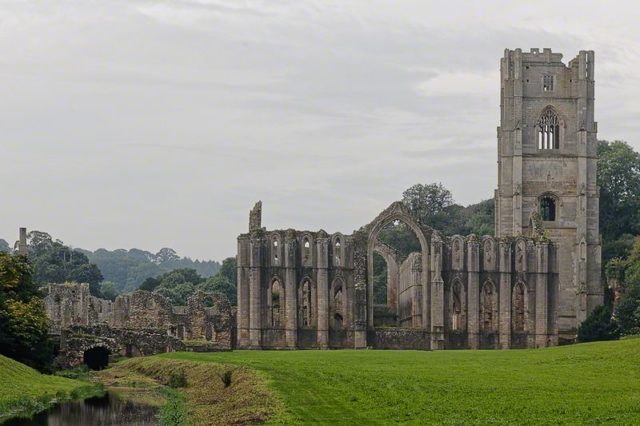 This is a time in history when, due to a dispute, thirteen monks were banished from St. Mary’s Abbey, among which was Saint Robert of Newminster. At first, a fruitless effort to build a new monastery was undertaken by these monks and shortly afterward, they were taken under the guardianship of the Archbishop of York. It was he that gave them the land in the vale of the River Skell. 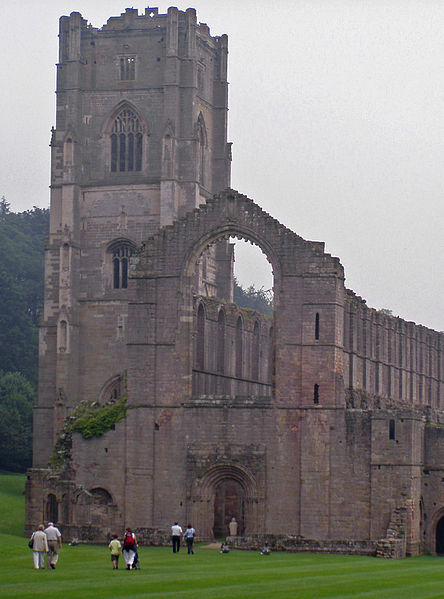 Part of the exterior of the abbey. Author: Johnteslade Public Domain

In these lowlands, the monks had everything they needed to build the abbey: more than enough wood and stone, a natural enclosure that protected them from tough winds, and an abundance of water. Once the summer was over, there came the unforgiving cold of the winter, after which the monks applied for a membership in the Cistercian order in the hope of becoming a part of this rapidly growing movement.

Much to their satisfaction, they were welcomed into the order. To introduce them better to the practices of the Cistercians, a monk was sent from the Clairvaux Abbey named Geoffrey of Ainai. He taught them how to praise the Seven Canonical Hours and how to build wooden structures. 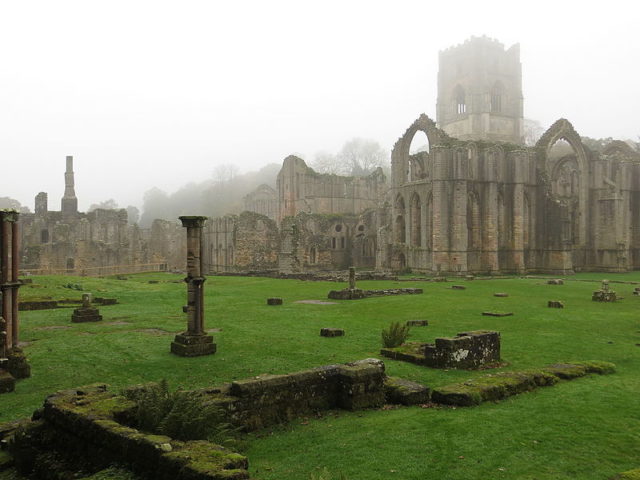 But their efforts were in vain for an angry mob, upset by Murdac’s opposition to the appointment of William FitzHerbert as the new archbishop of York, attacked the monastery burning down everything but the church. It wasn’t long before the monks recovered from the violence and formed additional daughter houses. 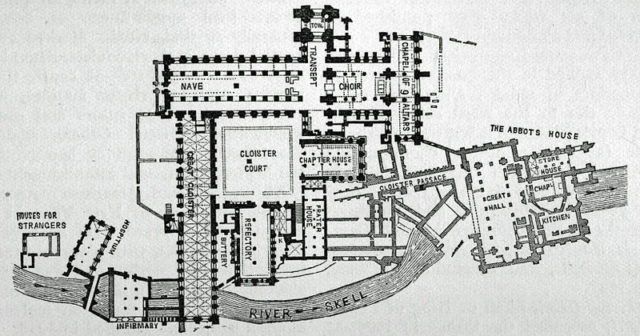 The existence of this Abbey wasn’t without a number of hardships and difficult situations that befell this monastery during the 13th century and even later. During this period, a total of eleven abbots presided over the monastery and the financial situation was further weakened by the forward-selling of wool. Upon visiting the abbey, Archbishop John le Romeyn criticised its poor condition. 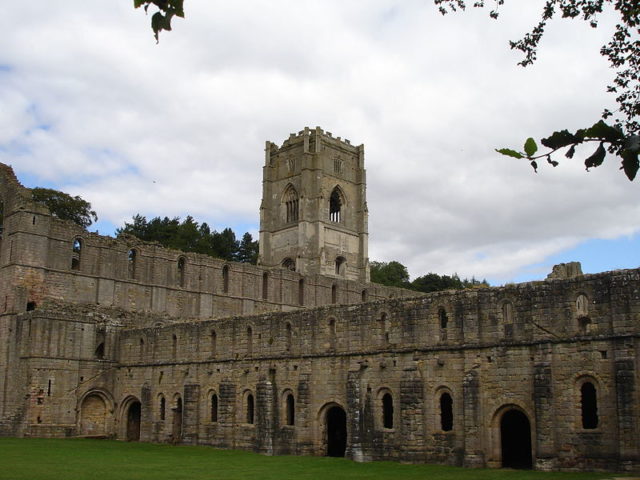 Part of the exterior of the abbey; alternative view. Author: LordHarris on English Wikipedia Public Domain

In the 14th century, the Scots attacked England, which led to an increase in taxes to pay for the war effort. On top of it this, the curse of the Black Death fell upon Europe, the aftermath of which was devastating. But despite all these tribulations, the monastery survived and never stopped growing and by 1535, this monastery became the richest in all of England. 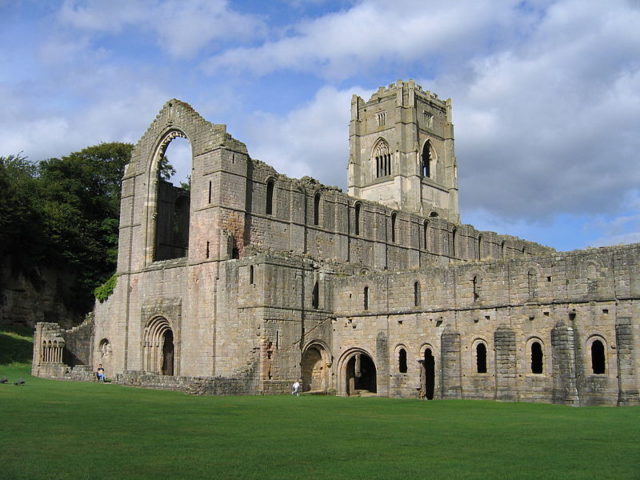 The abbey met its end when Henry VIII began his Dissolution of the Monasteries in a set of administrative processes that destroyed countless churches and monasteries; Fountains Abbey was one of the many. 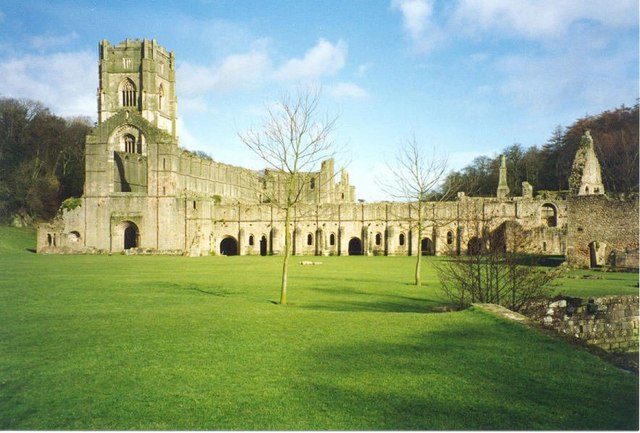 It was quickly sold to Sir Richard Gresham who sold much of the monastery’s stone and timber, scraping it bit by bit resulting in the destruction of this Abbey. Richard supplied Thomas Wolsey with tapestries and later paid for his funeral.

As years went on, the Abbey slowly deteriorated until it was reduced to a bare stone skeleton. It remained forgotten for many years until the 19th century when some archaeological and restoration projects were undertaken. In 1986, the site was deemed a World Heritage Site by UNESCO. 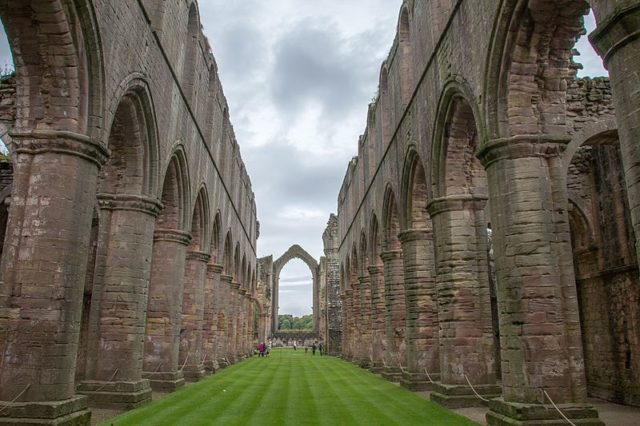 These old ruins were also used by Graham Baker for the filming of the horror movie Omen III: The Final Conflict. This Abbey is also the location where a number of other movies and TV series were filmed such as The Secret Garden and The History Boys.

Although it is hundreds of years old, this abbey continues to charm visitors, for a great number of tourists come to see the ruins and the grounds year after year.

« Notre-Dame Mine Shaft: a historic review of a 160-year-old French mine
Scarborough Castle, England: the ruined stronghold that witnessed many battles throughout the centuries »