Glastonbury Abbey: The ruined monastery shrouded in mystery and legend

The ruins of the medieval Glastonbury Abbey in Somerset, England are one of the most beautiful remnants of the 7th century, situated on one of the oldest Christian sites in the country. It is a grade I listed building open for visitors and also a scheduled ancient monument. The monastery was enlarged in the 10th century and the surviving Norman buildings that we can see today date back to 1200.

By the 14th century, the monastery was one of the most powerful and richest in England, second only to Westminster Abbey. Like many other religious buildings, Glastonbury Abbey was suppressed in the early 16th century during the Dissolution of the Monasteries by King Henry VIII.

The Abbey is shrouded in many mysteries and legends, the most important is the legend of King Arthur from the 12th century. This story came from medieval monks in the area who associated Glastonbury with Avalon. Another important story is the Christian story that the Abbey was founded in the 1st century by Joseph of Arimathea and Jesus. According to the story, the merchant Joseph came to Somerset because he heard that there are rich tin mines. He was Mary’s close friend, so he brought young Jesus with him. This story was prevalent in the Romantic period, and it served as an inspiration to many artists and poets such as William Blake. 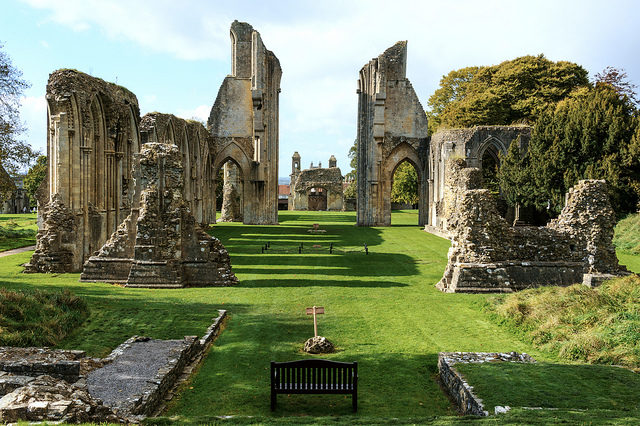 The North transept of the Abbey. Author: Steve Slater. CC BY 2.0

The source for much of our knowledge about the abbey’s previous history is recorded in a book by the historian William of Malmesbury who was commissioned by the Abbot Henry of Bios in 1125. The book named “On the Antiquity of the Gladstone’s Church” was finished between 1129 and 1139. 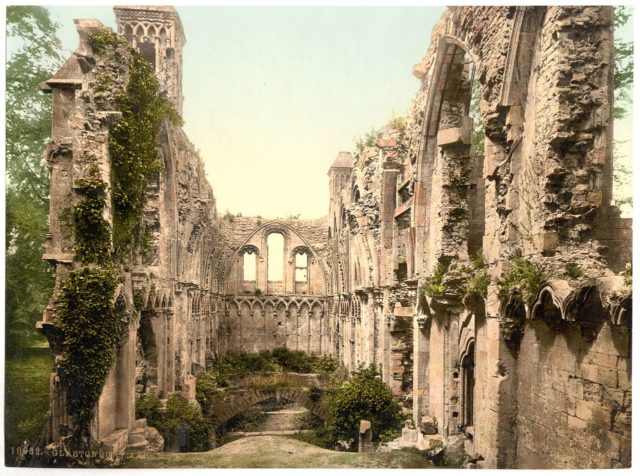 Photography of the Lady Chapel from 1900.

The wealth of the Glastonbury monastery was reflected by the construction of many grand buildings. Among the few of these that remain today are the kitchen of the abbots house built from the time of Abbot John de Breynton (1334–42) which today remains as one of the best-preserved kitchens from medieval times in Europe, along with the 14th century Fish House, built nearby for the church’s fisherman as a place to salt and prepared fish. 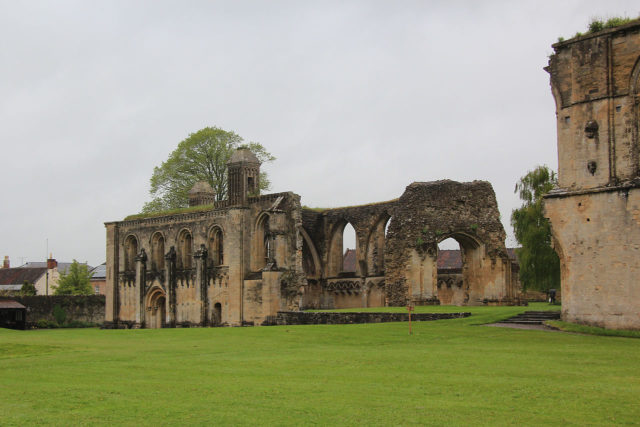 It is one of the oldest Christian sites in the country. Author: Karl Gruber. CC BY-SA 3.0

In 1184, Glastonbury Abbey was destroyed by a fire and the reconstruction began almost immediately. According to some evidence, the nave of the great new church was the first to be reconstructed. The nave was renovated enough for services to be held while the new church was finished completely. 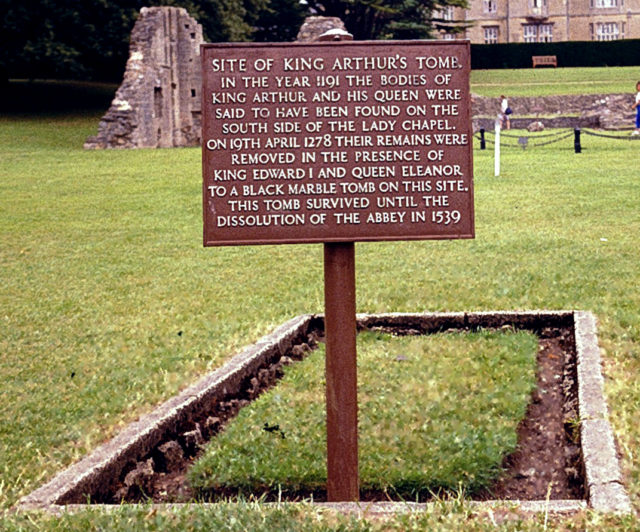 In 1191, during the reconstruction, the purported tomb of King Arthur and Queen Guinevere was found in the cemetery.

According to Speculum Ecclesiae by Giraldus Cambrensis, the Abbot Henry de Sully commissioned a search for the tomb. At a point between two pyramids in the Abbey they discovered a covering stone, under which there was a cross of lead with an inscription stating that in the grave lies the famous King Arthur on the Isle of Avalon. And, at the depth of 16 feet, they came upon a massive hollowed oak trunk that contained two skeletons.

Historians dismiss this find today and say that the tomb was made up to attract people to raise funds for the reparation of the abbey. However, a service was held in 1278 to celebrate the reburial of King Arthur’s remains below the High Altar. Some people believe that they still lay there to this day, others claim that they were removed when the Crown took control of the Abbey in the 16th century. 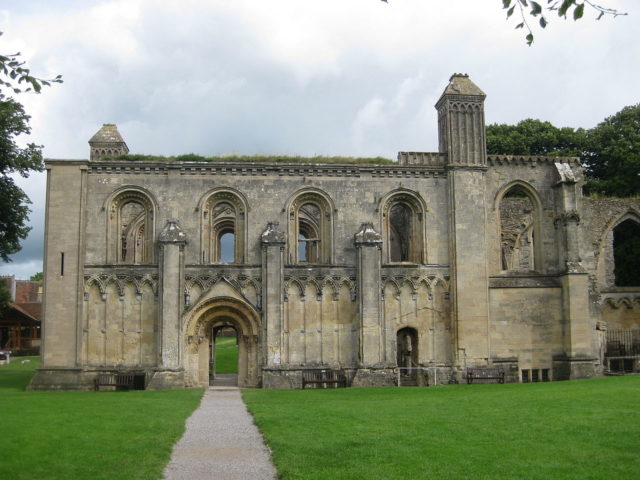 According to another story, the Abbey was founded in the 1st century by Joseph of Arimathea and Jesus. Author: NotFromUtrecht. CC BY-SA 3.0

In the 15th century, the George Hotel and Pilgrims’ Inn was built for visitors who wanted to visit the site. This building is also designated as a Grade I listed building. Other additions were the barns which held crops for the monastery.

In 1536 there were 850 monasteries in the country, and by 1541 there were none. During the Dissolution of the Monasteries thousand of monks and nuns were chased away and the Crown seized the buildings. 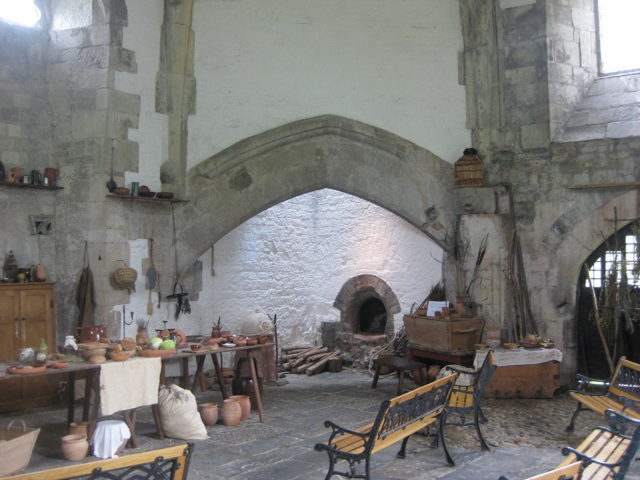 In 1539, the abbey was stripped of its valuables by the orders of Thomas Cromwell, and the current Abbot Richard Whiting was hanged, drawn, and quartered as a traitor on 15 November 1539. Many stones from the abbey were used for the construction of other buildings in the area. In 1559, the site was granted to Peter Carew by Elizabeth I of England, and it remained in his private ownership until the start of the 20th century.