Half Moon Camp: Known for its Involvement in Experiments & Secret Programs

Known by its German name “Halbmondlager”, this Prisoner-of-War camp in the district of Wünsdorf just outside of Berlin is one of the many POW camps that the Germans used during the First World War. This particular camp is known for its involvement in experiments and secret programs. As scary as this might sound, the Half Moon POW Camp was dramatically different from the other camps. 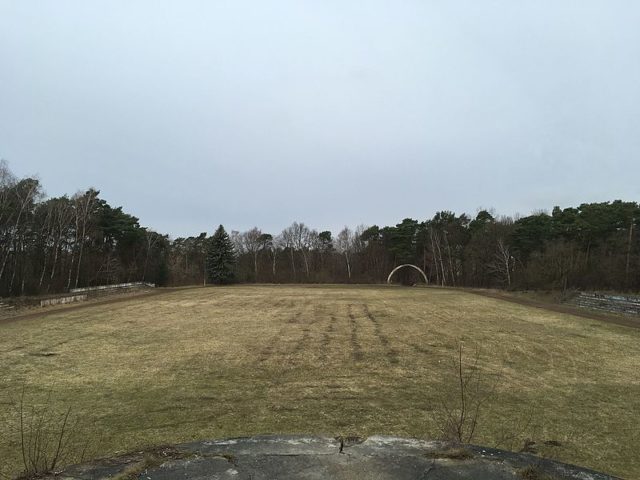 The interior of the camp has greened over, and looks eerie. Author: Assenmacher CC BY-SA 4.0

Its detainees were primarily Muslims from the British and French armies. They were kept in a rather luxurious environment, and their holidays and prayer times were fully honored. The first Mosque to be erected on German soil was erected at the site in 1915, as a gift from the German Kaiser to the Muslim prisoners. 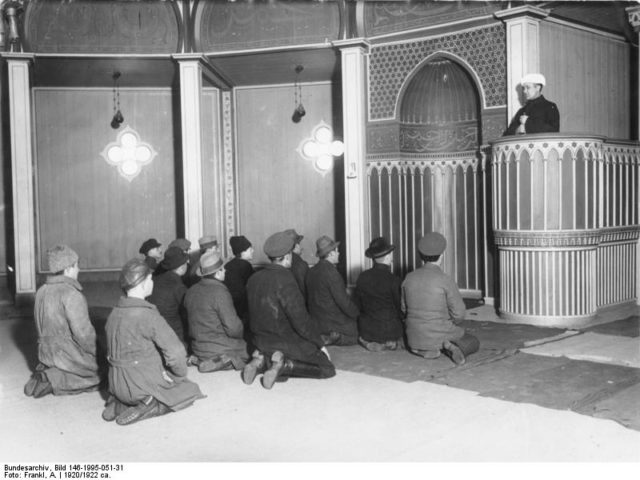 The inside of the Mosque was ornate and spacious. Author: Frankl, A. CC BY-SA 3.0 de

The ornate wooden structure was modeled on the Dome of the Rock in the Holy Land of Jerusalem; it was demolished in 1926 due to being neglected. To make their stay even more pleasant, spiritual leaders and academics were often brought to lift the spirits of the prisoners. 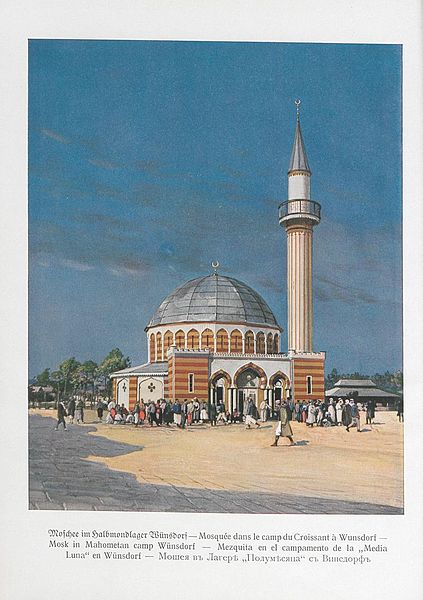 All in all, the camp had the capacity to house close to 5,000 people. The site and its relatively pleasant living conditions were part of a plan to convert Muslim soldiers who fought for the Allied armies into jihadists loyal to Germany. 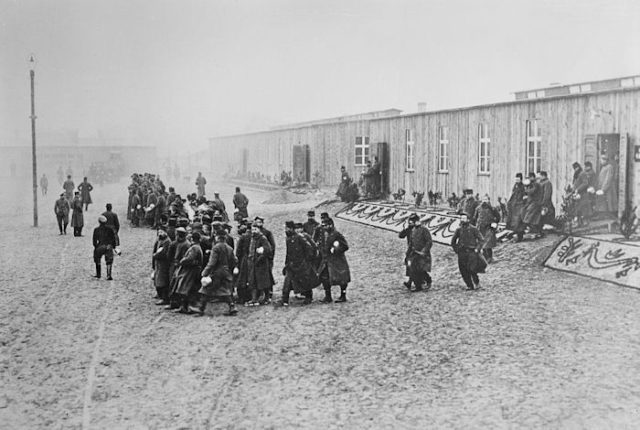 Many French soldiers were captured and made into POWs during the war.

German scientists were brought to this camp to experiment on the prisoners. The project all began with German lawyer and diplomat Max von Oppenheim. Oppenheim managed to convince Wilhelm II that turning Muslims against Britain and France would be an influential and viable action. 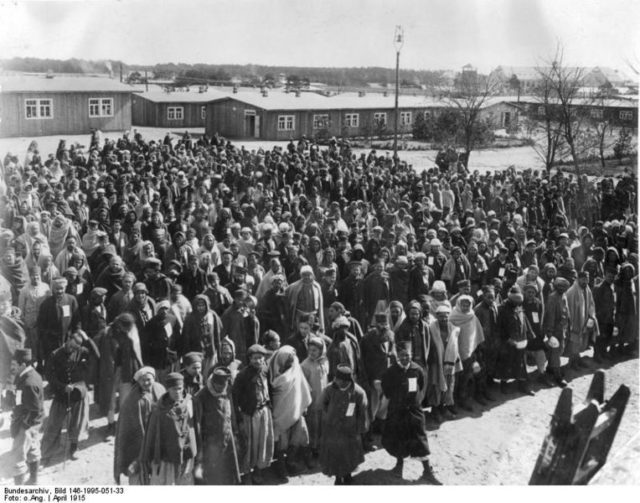 Wilhelm II liked what he had heard and so, on August 2, 1914, a secret treaty was made between the Ottoman Empire and Germany. Not long after, Sultan Mehmed V announced that Russia, Britain, and France were fierce opponents of the Muslim world. 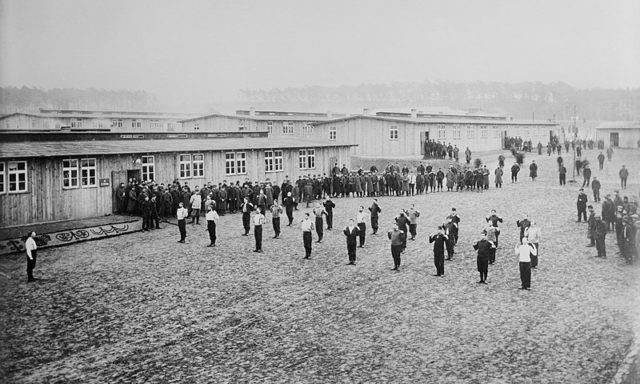 Among others, the camp housed French and British POWs during the conflict.

As World War I deployed its horrors, Half Moon Camp started to receive its first prisoners and set in motion propaganda against the Allied Forces. One of these prisoners was a soldier by the name of Douglas Grant. Grant was captured in April 1917 during the Battle of Bullecourt and brought to Halbmondlager – thousands upon thousands of kilometers from home, as he was born in the rural town of Atherton in Australia. 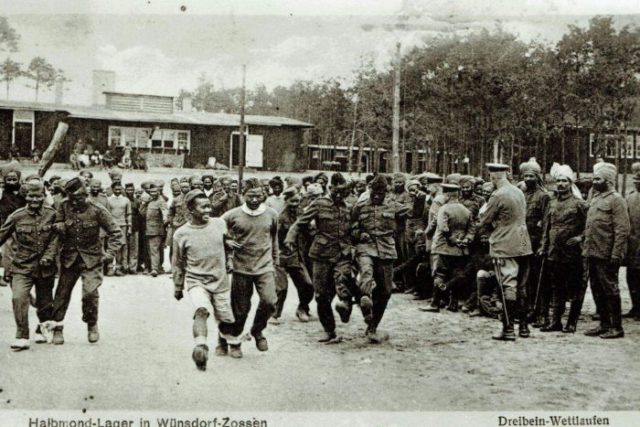 Indians and Zouaves as were also interned as POWs in the camp. These prisoners appear to be enjoying a three-legged race.

A thousand indigenous men and a great number of Aboriginal men participated in the First World War. Inside Half Moon Camp, Grant made a friend: an Aboriginal man named Roland Carter. 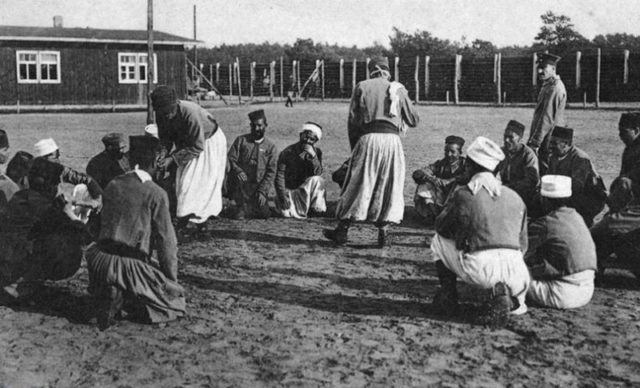 Not all of life was unpleasant at the camp. Some of the POWs can be seen here singing and dancing.

Grant refused to be brainwashed and instead continued to support the British troops. However, this was not the case with many other soldiers. A great number of them liked the way they were treated and the fact that they were given good food, clean underwear, regular baths, and haircuts – so much so that they volunteered to join the Ottoman side and fight for their cause.

And so, thousands of these prisoners were deployed as far as the Persian and Mesopotamian fronts. 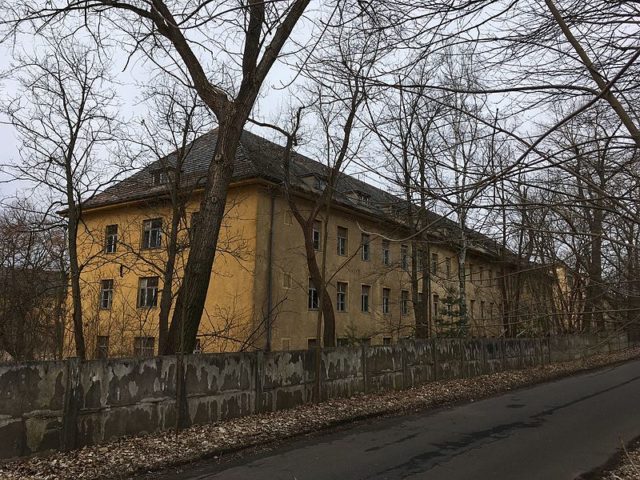 Some of the buildings were still standing in 2017. Author: Assenmacher CC BY-SA 4.0

Very few were motivated to fight by the jihadist propaganda; most signed up because they were promised good treatment. Bit by bit, Oppenheim’s dream started to deteriorate. The rest of the prisoners were taken to Romania in 1917 and employed as agricultural workers.

The camp was used recently to house refugees from Syria, Sudan, and Iraq who made it all the way to Germany.