Millennium Mills – The Palatial Mill of The Royal Victoria Dock

Standing tall on the west part of Silvertown and on the southern side of the Royal Victoria Docks, London, this flour mill is now part of £3.5billion redevelopment.

During the 19th century, the Royal Victoria Docks were an essential part of industrial Britain and the heart of London’s flour-milling industry. The accessibility of the docks by both water and rail made this a thriving site for business and international trade. 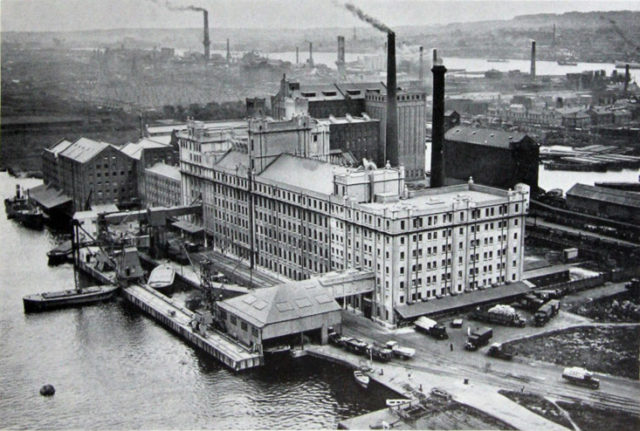 Among the first to seize this opportunity was the Cooperative Wholesale Society (CWS) with the opening of the Silvertown confectionery in 1901. Other early businesses were Premier Mill, established by Joseph Rank in 1904, and subsequently, Millennium Mills, established by Vernon & Son in 1905. 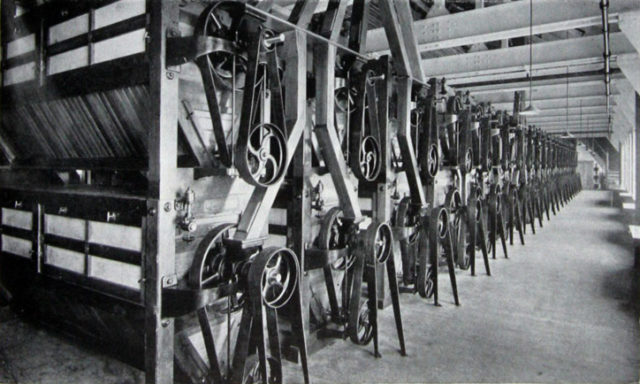 Designed and built under the supervision of W. A. Vernon, the principal’s son, Millennium Mills quickly rose to prominence in the milling industry.

The mill covered an extensive area, featured two plants equipped by Henry Simon Ltd., and it had the capacity to produce 100 sacks of flour per hour. Business was so successful that W. A. Vernon himself once described the mills as palatial.

The name given to this mill was in honor of their most successful product, Millennium Flour, which won the Miller Challenge Cup at the 1899 International Bakers Exhibition. This award gave Vernon and Sons worldwide recognition and dominance in the English flour market. 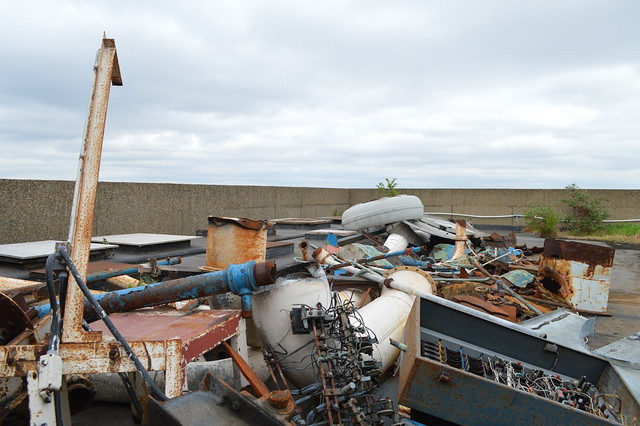 Decades later, in 1920, Millenium Mill was acquired by Spillers Ltd., who rebuilt the mill as a ten-storey concrete art deco building, completed in 1933.

During the Second World War, the Royal Victoria Docks became a primary target for air attacks. Spillers’ Millennium Mills, as well as Rank’s Premier Mills, were among the buildings severely damaged by bombing. Millennium Mills was rebuilt once more after the end of the war. 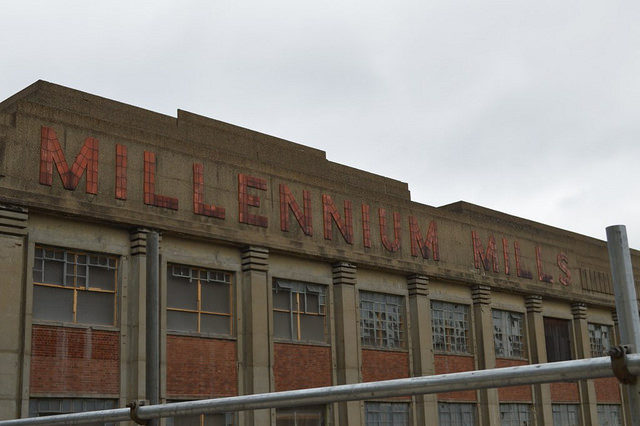 When the docks closed for business in 1981, so did Millennium Mills. Eventually, the Rank and CWS mills were demolished, as were two of Millennium Mills’ silos. However, the D silo survived and is now a protected Grade II listed building. 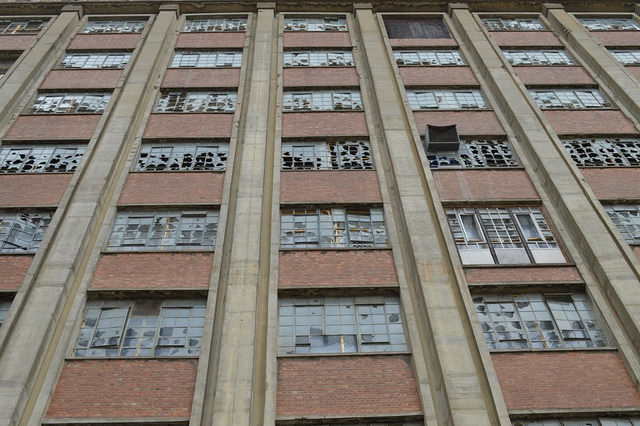 Over time, Millennium Mills became derelict almost beyond recognition. Journalist Christian Koch’s Evening Standard article “Urban Explorers – the thrillseekers infiltrating unseen London,“ perfectly depicts this: “Like a booby-trapped House of Horrors, danger awaits their every step in Millennium Mills. The rotten floors are comparable to thick slices of Emmenthal, riddled with pigeon feces and yawning holes (where machinery has been removed) that drop eight or nine stories in some places.”

The mill has also become a popular location for British filmmakers and has featured in a number of music videos. A two-year redevelopment project of the 62-acre site began in 2015. 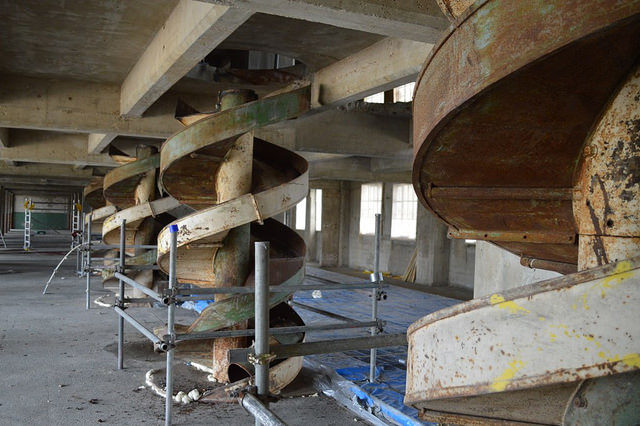 On the 21st of April 2015, Newham Council granted planning permission and £3.5 billion to the Silvertown Partnership for the redevelopment of the area. The plan also included that part of the Pontoon Dock would be filled to allow the space to be used for construction. Redevelopment work began in January 2015 with the clearing of hazardous asbestos. 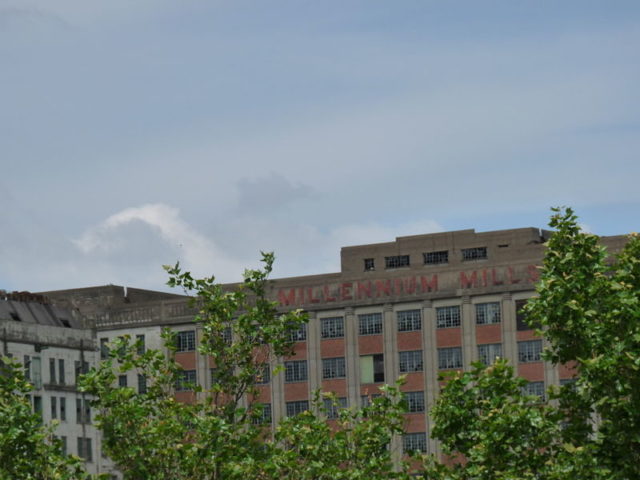 Millennium Mills was also used as the site for various cultural activities. One such project was the avant-garde film The Last of England made by the British filmmaker Derek Jarman. One scene shows the characters dancing on the roof of the empty Millennium Mills building. 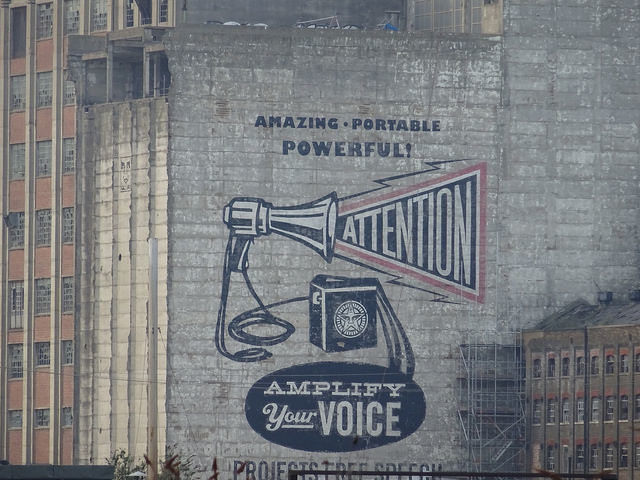 British writer Iain Sinclair once described the mill as “the perfect symbol for a cinematic endgame.”

Part of the BBC TV series Ashes to Ashes (2008–2010) was filmed on the grounds of this abandoned mill. The Millennium Mills even appear as a part the video game Splinter Cell: Blacklist in the mission “Abandoned Mill.”

« Longtown Castle, England: The remains of a Norman motte and bailey fortress
Abandoned US military bases in Vietnam »