It wouldn’t be first and, knowing the vastness of human stubbornness, probably it won’t be last time when rich investors ignore the warnings of locals and the signs from the universe, and despite everything, they decide to build on sites that are considered as sacred. Also, it wouldn’t be first nor last time for such big construction projects to be stopped halfway through because of strange occurrences.

There are many incomplete structures around the world that were abandoned, left to crumble because of a series of paranormal incidents that were reported during the construction work. Or at least that is often the most liked version of the story which is believed by many people when some ambitious plans are completely broken. 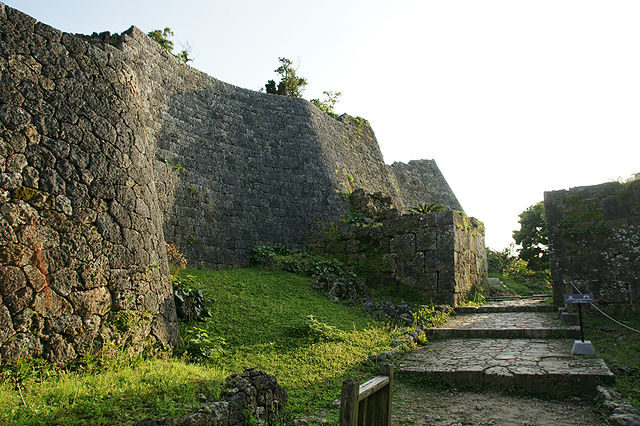 According to the scary version of the story of the unfinished Nakagusuku Kogen Hotel, located in the heart of the island of Okinawa, Japan, construction was stopped because of paranormal reasons. But according to another, more rational version, the building was left unfinished because of economic reasons. However, let’s start from the beginning. The site where now are located the ruins of the hotel is on the top of a high hill. It was known as strategically important since ancient times as it gives great panoramic views of both the Pacific Ocean and the East Chinese Sea. 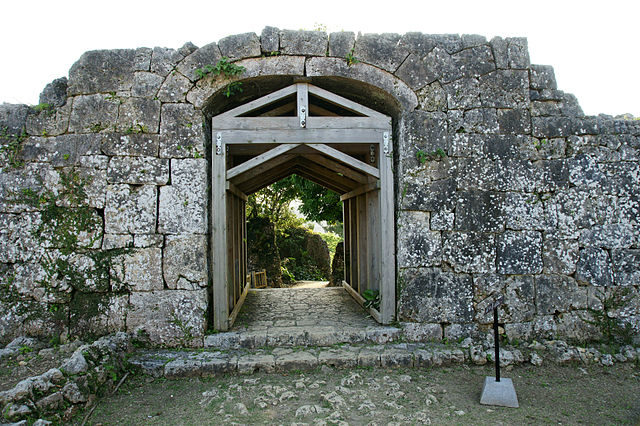 In the beginning of the 15th century, a fortified castle was erected there by Gosamaru, a famed Ryukyuan Lord. The stronghold was formed of six stone walled courtyards neatly arranged close to each other. The site is well preserved and protected by UNESCO as a World Heritage Site. The fascinating details of the stone walls are still visible and they, as well the other remaining artifacts like the castle gates, very vividly speak about the island’s glorious past. It is a popular tourist attraction which provides breathtaking views of the Pacific, the east side of Nakagusuku Bay, and the towns and villages along the coastline. 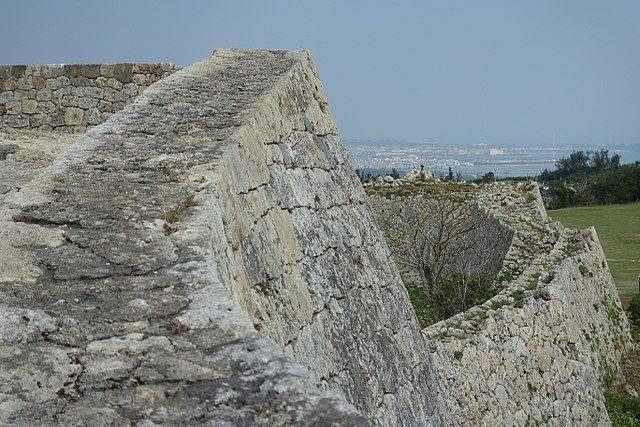 But hidden behind and just near the Medieval castle (approximately 160 feet to the south) are located the notable and haunting ruins of Nakagusuku Hotel. The construction of the complex, which was designed to be a hotel and theme park, was started in the 1970s by an investor from Naha, the capital of Okinawa Prefecture. He was warned by local villagers and Buddhist monks from a nearby temple that the site where he wanted to build is a burial ground and sacred place, and thus occupied by spirits. But despite the warnings and the protests of the villagers, he wanted to benefit from the nature, from the historical location, and especially from Expo ’75 World’s Fair which was to be held on Okinawa. So he invested millions in his ambitious project. 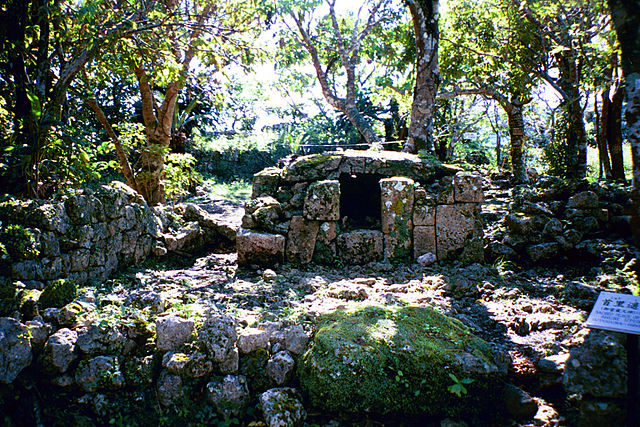 A shrine dedicated to Hinukan, the Okinawan god of fire and the hearth/ Author: Michael Gunther – CC BY-SA 4.0

The enormous complex was under construction for a long period of time. The construction wаs accompanied with several problems and delays. During the work there were many mysterious incidents when workers were injured or tragically died. Supposedly the peace of the death was disturbed and their ghosts came out for a revenge. After the incidents, the workers believed that the site was cursed and became really scared. They refused to continue with the work. The desperate investor tried to prove that the site is not haunted by ghosts and decided to sleep there every night until the finalization of the project. He spent three nights on the site and became lunatic. Apparently, after this, his company went bankrupt. According the story he committed suicide in a mental hospital. To make the story more spine-chilling, just near the skeletal remains of the unfinished building, a sacred cave and some ancient and forgotten tombs can still be found hidden in the jungle. 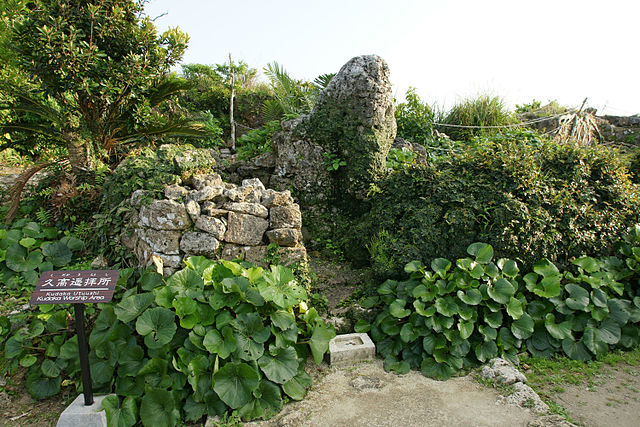 The more rational version tells that his project was abandoned because it was impractical or that it was stopped by local authorities because the environment and the historical site were endangered by the huge structure. However, whatever the reasons, it was left abandoned and never finished, and many people from Okinawa still believe that it is haunted. According some stories, many kids have disappeared in the area in the recent years and the locals think that it is because of the curse. People even tell of seeing the ghost of a little boy wandering around the ruins. 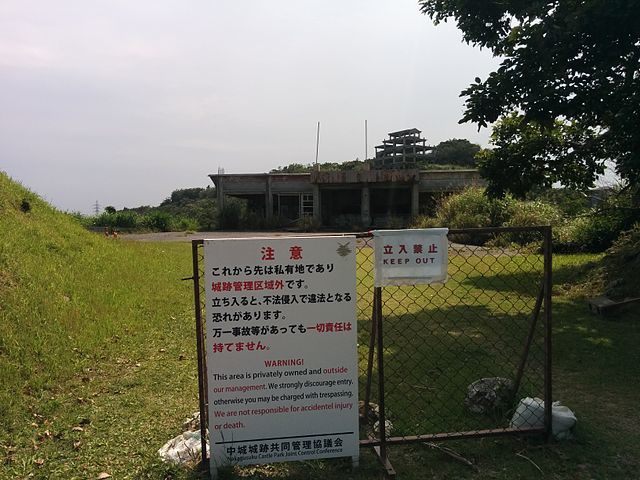 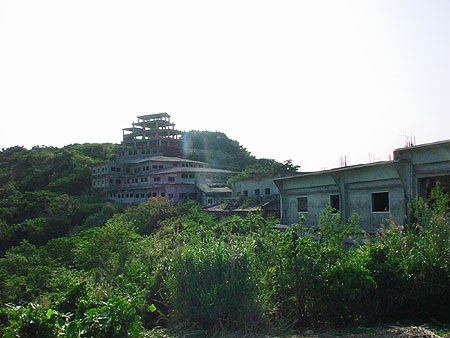 The unfinished complex is slowly overtaken by vegetation

However, the site is well known to the adventurous urban explorers and local graffiti artists. Although access is forbidden and there are stop signs, it is easily accessible and there are a number of interesting artistic expressions, which many believe are portraits of the ghosts, as well a lot of debris and rubble. The complex was intended to function as a theme park and hotel. It has a large unfinished tower with several floors, a zoo, an entire water park with pool, a casino, a night club, and endless labyrinths of strangely designed and arranged corridors and staircases. Parts of the complex are collapsing and are extremely dangerous–several visitors have been seriously injured while exploring the ruins. The remains still stand on the lush green hill, but slowly they are being swallowed by the jungle.