Old Idaho State Penitentiary -A birth of a prison

The history of the American “Wild West” is filled with all sorts of misdeeds and misdemeanors, ranging from horse theft, all the way to forgery, and of course the famous robberies. Back in the 19th century, the wealth that the gold mines produced attracted not only miners, but also outlaws, who were out to “get-rich-quick”.

To live outside of the grasp of the authorities was what the outlaws yearned for. It is said that back in the 1860s, barely one-quarter of the population in Idaho City died of natural death. The cemeteries were filled with those that simply stood on the wrong side of the gun barrel. 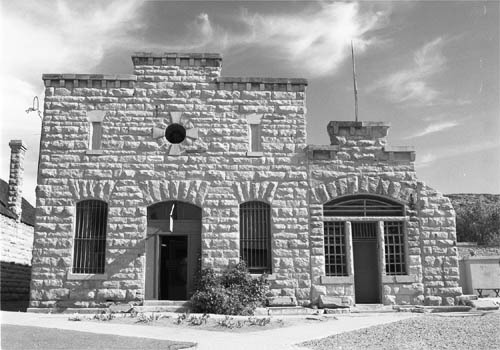 In the beginning, the miners operated their own courts which needless to say sought justice in their own way, which means that they never took prisoners. Crude punishment was what they were after.

But all of this was to change when on March 4, 1863, Abraham Lincoln signed the Organic Act. What this meant was that the sovereignty of Idaho was now recognized which allowed for formal prisons to be built on its territory. 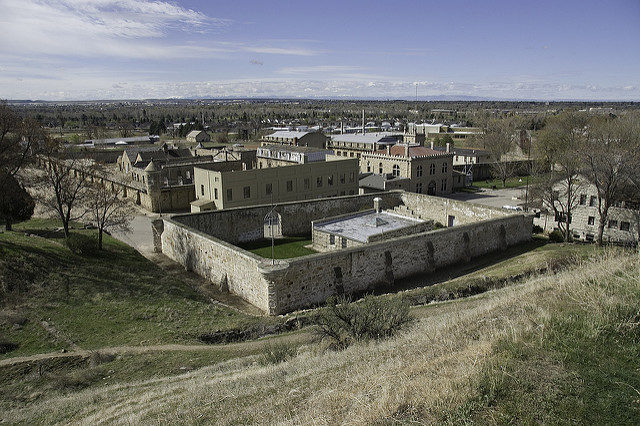 A general view of the prison. Author: mark6mauno CC BY-SA 2.0

And pretty soon, a number of jails were built. Naturally, these primitive cabins were made out of wood. They were often times overcrowded and some offered almost no protection against the elements. Not to mention that the jail houses were not organized and placed newcomers of the criminal world with already proven killers. As history tells us, escaping from these early prisons was a common thing. 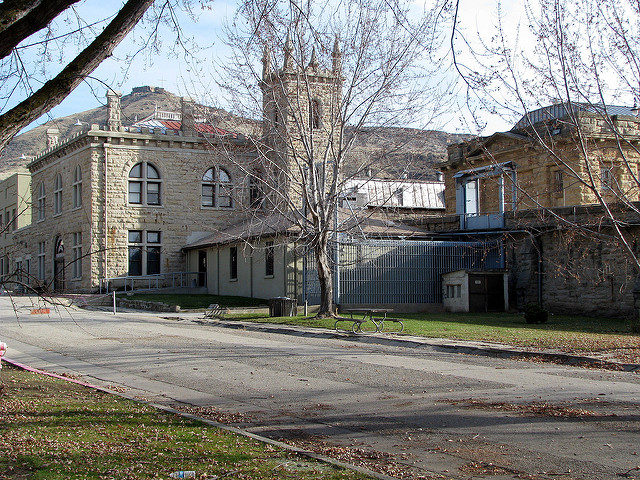 Once more things were up for a change with the construction of a new stone complex. Upon approving funds from the U.S. Treasury, construction started. Once completed in 1872, the prison was able to house 39 prisoners in a row of three cells. The rest of the prison was comprised of the bathrooms, eating area and administration. 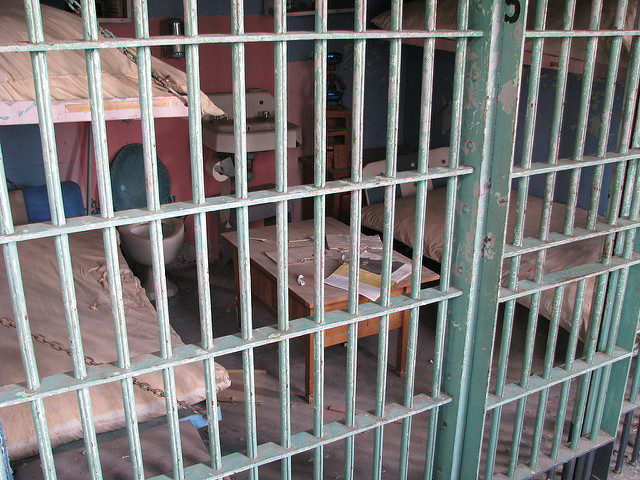 A cell that could house 4 inmates. Author: Christopher CC BY-SA 2.0 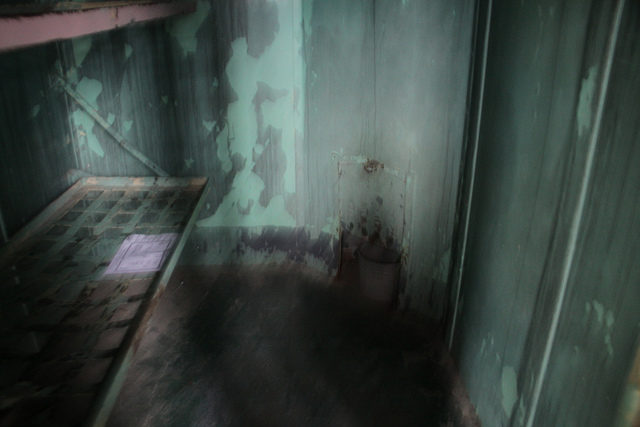 From his early beginnings, the jail grew with time until it became a prison of significant size. It was made of sandstone which was quarried by the prisoners themselves and surrounded by walls 17 feet high.

The women’s ward was constructed in 1905. Before it was built, women were not isolated from men which pointless to say caused further problems. This ward had seven cells able to accommodate two inmates each, a day room, and of course bathroom and kitchen. 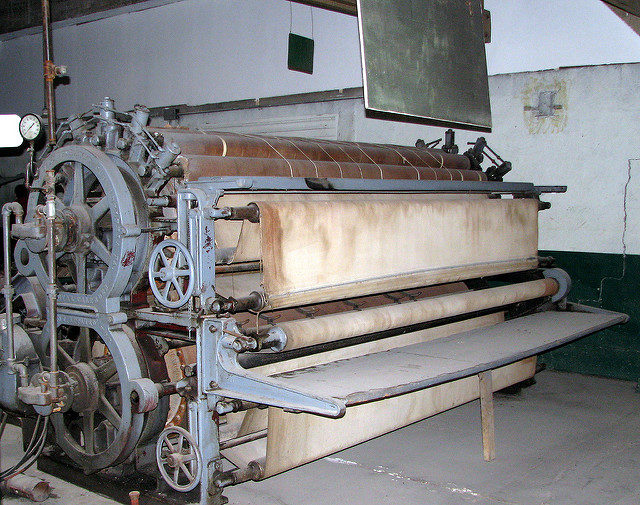 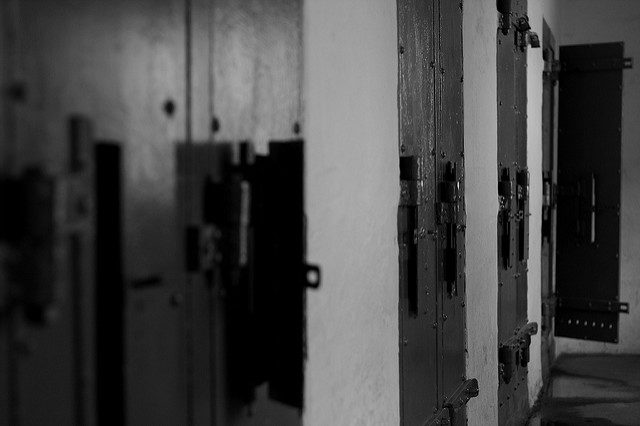 A part of the solitary. Author: DieselDemon CC BY 2.0

Locked in this ward at one time was Belle Sorenson Gunness known as Lady Bluebeard or the Black Widow. She was a serial killer who killed all of her men and her daughters, Myrtle and Lucy.

Over the next several years the prison kept expanding. For example, in 1923, the prisoners built the multipurpose building. Inside this building, there was the barber shop, bakery, shoe and license plate shop, and additional showers. 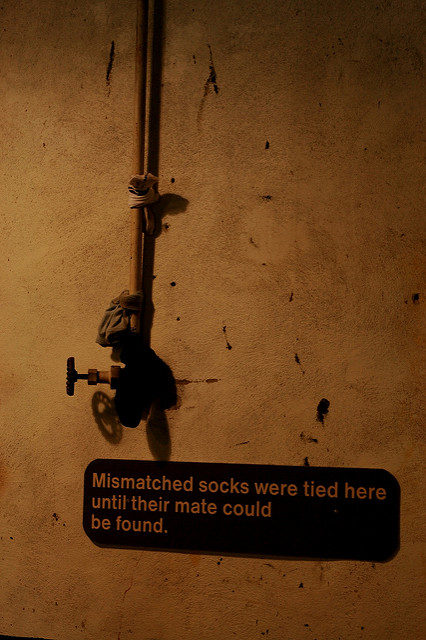 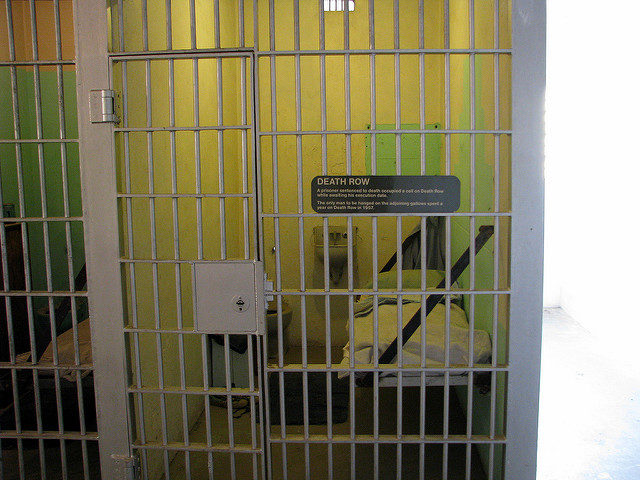 Following this were the cell houses 4 and 5 built in 1952 and 1954 respectively. This last addition to the prison was the most modern. Being the latest addition to this prison means they are the most well preserved. Cell house number 5, for example, was built with maximum security in mind, for this is where the most violent prisoners were housed, including those awaiting execution. 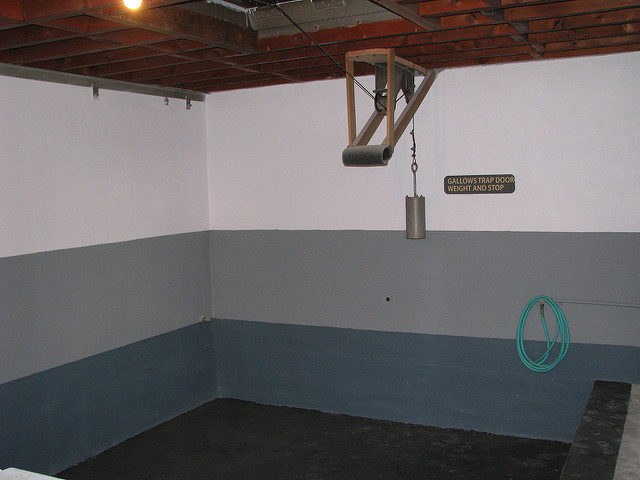 Under the gallows, where prisoners were hanged. Author: Christopher CC BY-SA 2.0

Outside of the prison was a recreational area where inmates could catch some fresh air, play some basketball or some other sport. The Old Idaho State Penitentiary even had a baseball and softball team named “The Outlaws” that competed with other teams all across southwestern Idaho. 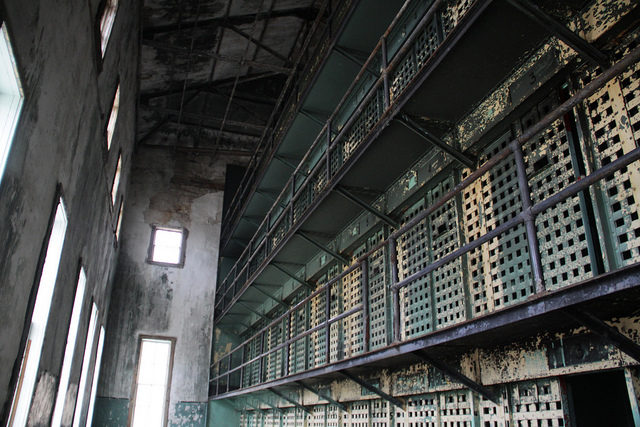 The prison was closed in 1973, right after the major riot that broke out that very year in which the prison was heavily damaged and some parts of it were burned to the ground. Today the prison is turned into a museum, offering its visitors a glance at what was like in the Old Idaho State Penitentiary as well as the story of how the prison was born.