Ontario Place is a big open space that was once used as an entertainment venue, exhibition center, and played the role of an official park for Toronto, Ontario in Canada.

To enable it to fulfill all these roles, three artificial landscaped islands were created next to the shore of Lake Ontario. And above the water, an amazing structure full of amusements for all ages was installed. 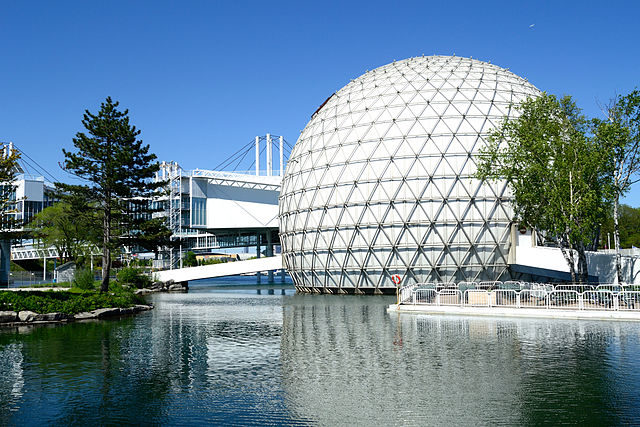 The plans for the design of the park were drawn somewhere in 1968, and construction started in March of the next year. It proved a great challenge for the structural engineers to breathe life into the design drawn by the architects, but after some compromises and changes due to budget cuts and unforeseen expenses, they succeeded magnificently.

In the words of the architectures themselves, the structures were designed to “give an illusion of dimensionless space, exploiting technology to shape the society of tomorrow.”

The main central island featured “The Forum,” an outdoor venue for live concerts. The eastern island was reserved as a children’s village while the western one was a commercial space with shops and restaurants. All three of them had a unique color theme, and they were all connected by bridges and walkways.

The Ontario Place design has won numerous awards and in 2014 was declared a “Cultural Heritage Landscape of Provincial Significance” by the Ministry of Culture, Tourism, and Sport of Ontario. 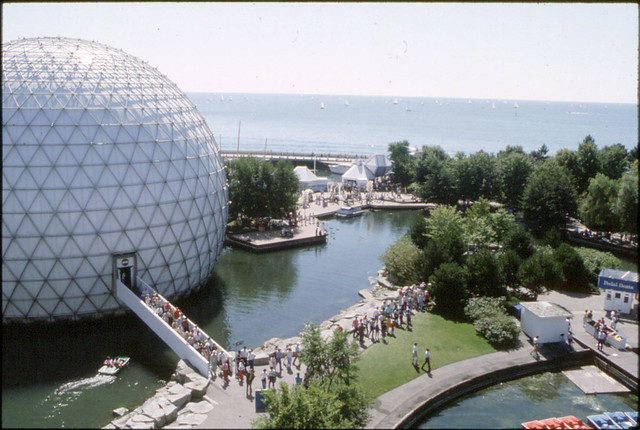 The entrance of The Cinesphere at Ontario Place, Toronto – Author: Archives Of Ontario – CC BY 2.0

For the first few years, Ontario Place didn’t turn much of a profit. In fact, it showed a deficit of around 2 million dollars during the first two years. For the third year, admission prices went up, and the deficit was lowered to approximately a million dollars.

After that, many changes were made and different approaches to doing business were implemented in an effort to make the park profitable. Such changes included privatizing retail shops, adding fast food joints, and raising the price of the tickets.

The Forum was even torn down in order to build a bigger amphitheater so more people could attend the live shows.

Unfortunately, none of these changes proved very successful, and sometime around 2003, options for selling off Ontario Place began. 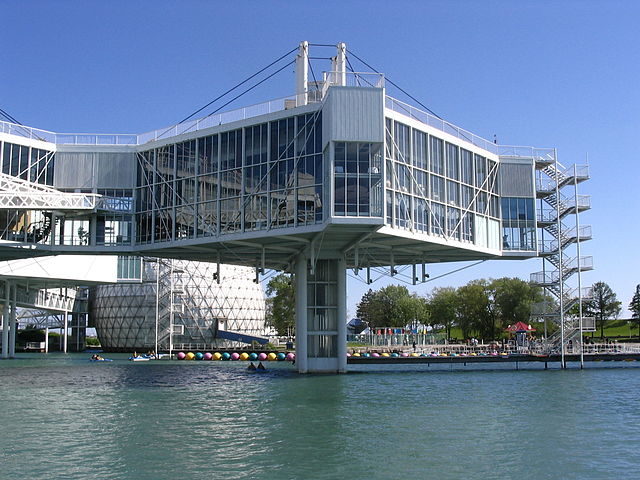 An example of just how much the architects were asking from the engineers: Ontario Place pods are anchored beneath the water – Author: sookie – CC BY 2.0

One solution for turning Ontario Place into a profitable venue was an idea provided by the Ontario Gaming Commission. They thought that the place could be an excellent home for a new casino. However, the Toronto City Council put a stop to this plan, and the casino was never built.

During the summer of 2010, the local council issued an open call to the public for new ideas and bids to completely redevelop the park. The only requirement was that the park should be transformed into a year-round attraction.

At the beginning of 2012, Ontario Place was being prepared for complete revitalization. All of its facilities were closed except for the marina, the amphitheater, and the parking area. 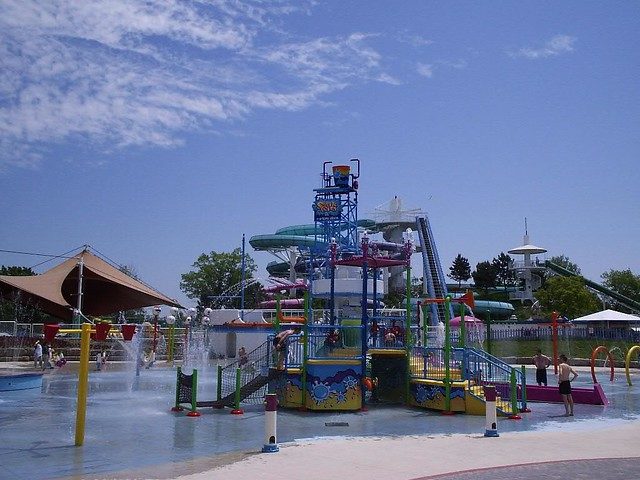 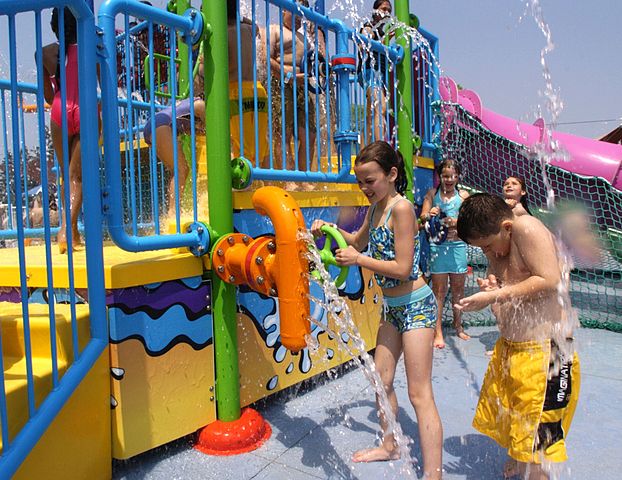 The splash ride had many valves people could interact with – Author: Glogger – CC BY-SA 3.0

The grand idea behind the revitalization was that the park would be resurrected in 2017 with a grand celebration, the same year that Canada celebrated its 150th independence anniversary. However, 2017 arrived and the only thing that had been changed was the eastern island, which was turned into yet another parking lot.

The beginning of 2018 found the same old problems of Ontario Place being dragged before the local government.

The last update came in November 2018, when it was revealed that the government was willing to consider new purposes for Ontario Place with no restrictions whatsoever — even if that meant a casino, or high-end residential housings, a hotel, etc.

Another Article From Us: Abandoned: One of the Most Unique Homes in Saint Petersburg

Sadly, it seems that it always was and always will be too expensive for any government to keep the place open as a public park.