For almost 90 years this is where the people from Manchester, England, came to unwind, take a swim or wash, and just benefit from all the pleasures that the Victoria Baths had to offer. The story starts at the beginning of the 20th century in 1906. 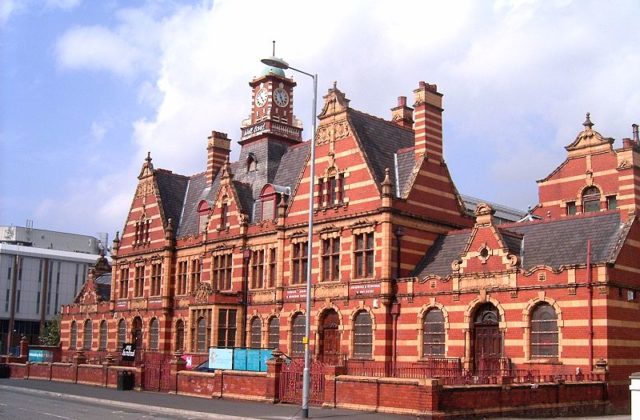 The façade of the Victoria Baths. Author: Pit-yacke CC BY-SA 2.0

The design itself belongs to two well-behaved gentlemen Mr T. de Courcy Meade and his assistant Arthur Davies. When it comes to supervision, that pleasure belonged to Henry Price, the man behind Withington and Harpurhey baths as well some different libraries. 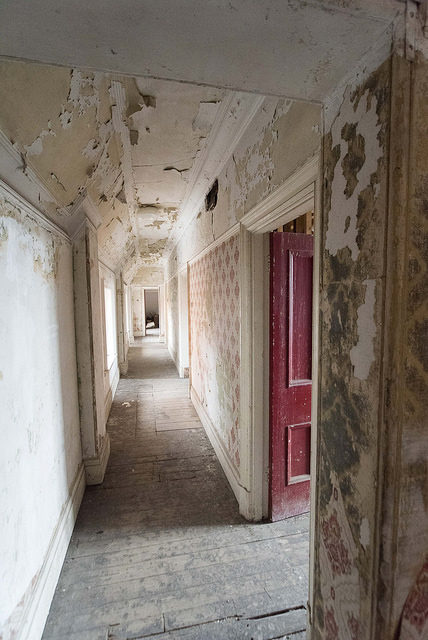 One of the many disused corridors. Author: Bryan Ledgard CC BY 2.0

Once done it was a sight for sore eyes, for its magnificence was beyond the grasp of even the most skillful poet. Even the Lord Mayor of Manchester was humble enough when he described this building as a “water palace”. 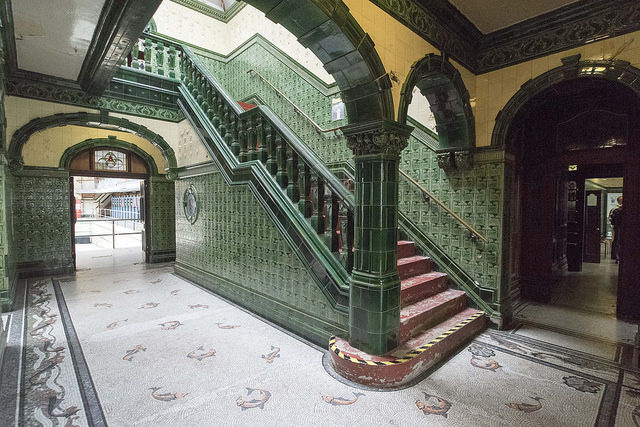 The visitors were offered a plethora of pleasures, such as leisure swim in the pool or the sweet joy of the Turkish bath and the sauna (added a later date). Inside there was also a laundry and this place is where Mancunians were able to experience a jacuzzi for the first time. 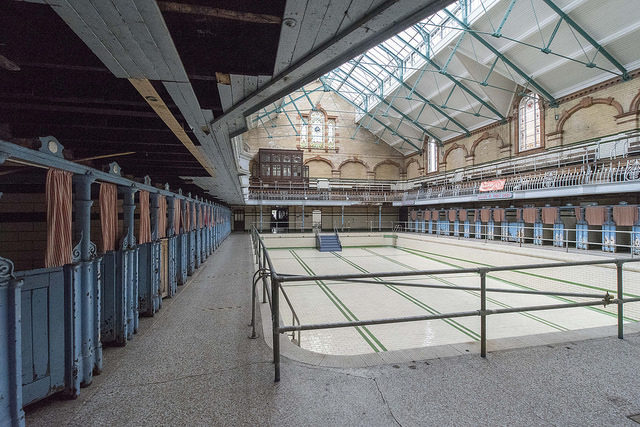 Part of the interior of the Baths. Author: Bryan Ledgard CC-BY 2.0

Once winter came the and it was too cold for a swim, the Victoria Baths offered a different kind of entertainment. The first class pool was floored and served as a dancing podium, thus offering activities throughout the year. 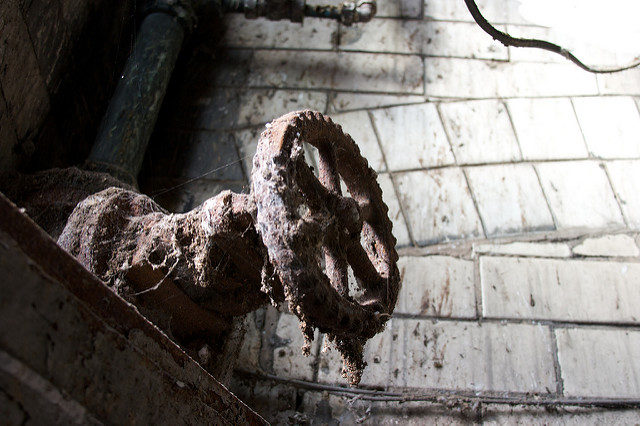 Needless to say, but the beauty of such a degree came at a price. Just a mere look at the facade and its vibrant terracotta combined with rich and vivid bricks and ornate windows demonstrate to the viewer just how much care and funds were invested in its creation. To be exact, the equivalent of £6,758,000 inflation adjusted for 2017 ($9,200,000) was spent on the construction of these glorious baths. 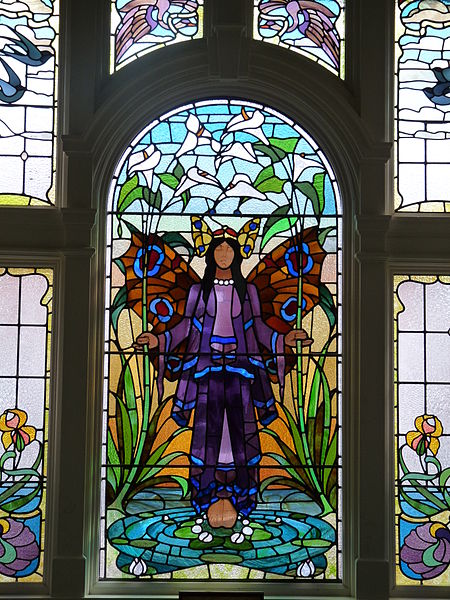 Victorian households rarely had bathrooms at all as it was a luxury that few could afford. This is why the Victoria Baths were equipped with 64 wash baths, offering an elementary level of hygiene for everyone. 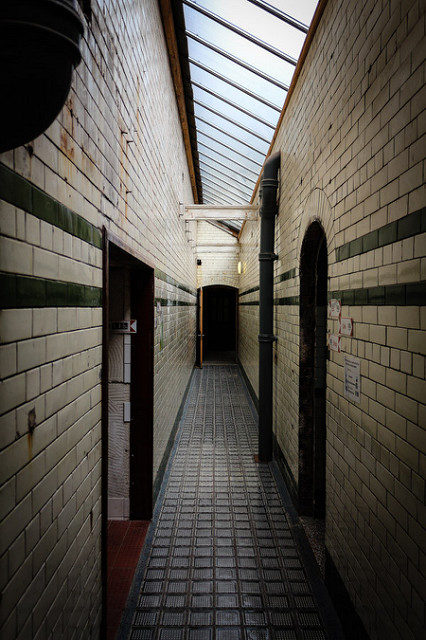 A view down the white and green corridor. Author: isox4 CC BY 2.0

Another interesting fact about this place is that, at its infancy, the swimming pools (three in total) were divided to be used by specific groups – males and females separated. It wasn’t until 1914 that combined swimming was allowed (every Sunday) offering families to have a nice day at the pool. 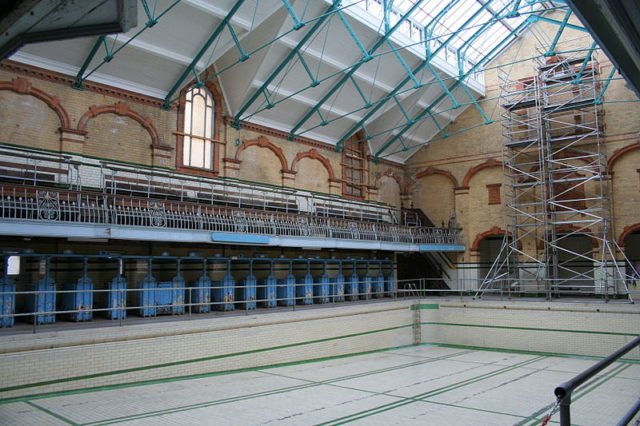 When it comes to the Turkish baths, there were three types offered to the general public – the Tepidarium, the Calidarium, and the Laconicum. But the services that the Victoria Baths offered didn’t end there. Among the different activities, there was the Russian bath and place for cooling off after time spent at one of these. 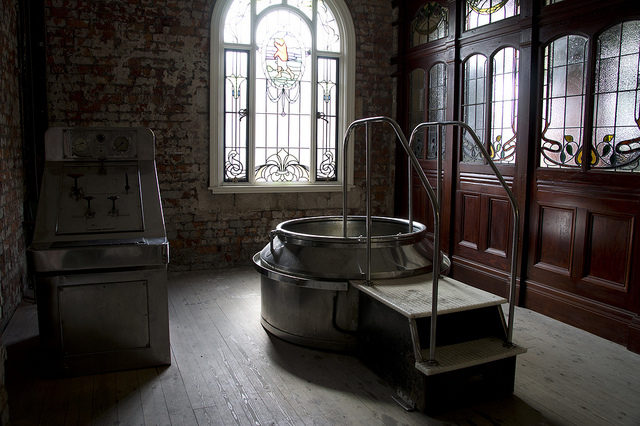 Another form of relaxation. Author: Rachel Docherty CC BY 2.0

Naturally, this is where many of the young children learned to swim for the first time. Among these children was Sunny Lowry, the first woman to swim the English channel. 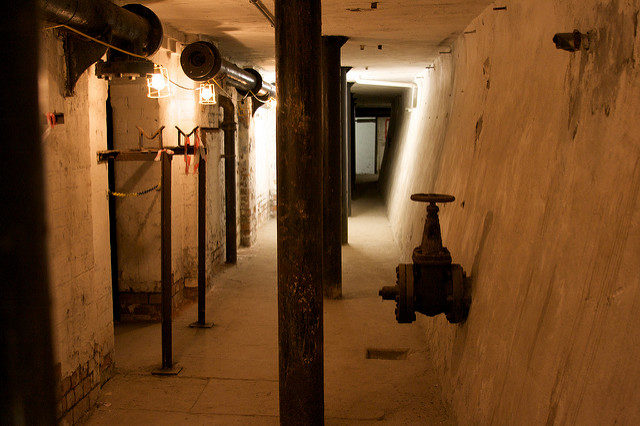 The corridors under the pool. Author: Pete Birkinshaw CC BY 2.0

Its magnificent interior was used for shooting some film scenes, including part of an episode of the Sherlock series, Life on Mars, and many others. But eventually the pool was slowly getting worn out, and the costs for its maintenance were too high. Despite desperate attempts to save this one of a kind place, it was nonetheless closed in 1993. After its closure, thousands of pounds were collected for the restoration of this glorious bath house. With the funds collected, several restoration projects were done starting with the first one in 2007. 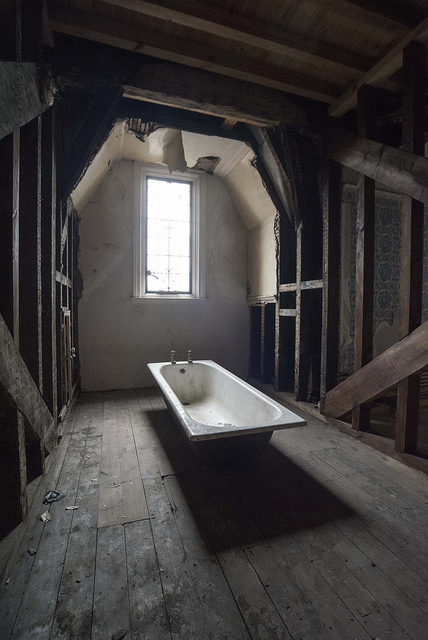 It’s been a while since anyone had used this room. Author: Bryan Ledgard CC-BY 2.0

The goal of these restoration projects was to save every last bit of detail, and naturally, fix critical problems such as the roof and the facade. 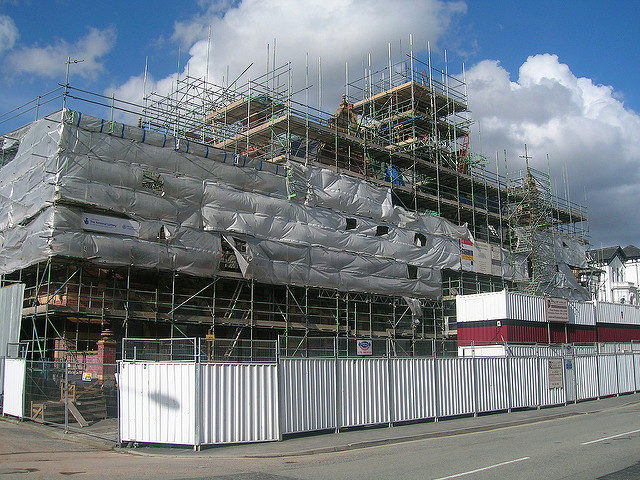 During the restoration of the façade. Author: Mikey CC-BY 2.0

For its hundred anniversary, one of the pools was once more filled with water, allowing some visitors to experience the days of their youth. Thanks to the restoration projects, the Victoria Baths remain in perfect condition awaiting the day when once more people of ages will enjoy their time spent here and many young children will take their first independent swim stroke in its waters.

« Showing the beauty of decay through the lens of the camera: Soulphotograhy’s own contribution to urban exploration
Bärenquell Brewery East Berlin Germany »