Showing the beauty of decay through the lens of the camera: Soulphotograhy’s own contribution to urban exploration

In Urbex Photography, no matter what everyone thinks, the picture comes last. It is the place itself that matters. Whenever you enter an abandoned building, you must first get to know the place, sense its presence. It is a moment when the past and present collide, and everything that is inside is a story.

The crumbling structure, the dark corridors, the rooms covered in vines, the wallpapers. It is all part of a single whole.

When you experience all of these things and imagine yourself like you’ve lived there, it is then and only then that you’re ready. You put the light in the right place and start rolling the camera.

This is what urban exploration truly feels like. Or at least how Soulphotography describes it, a Belgian photographer who signs his work with this name.

An artist, adventurer and explorer who is always hungry for more, he is one of those rare kinds of people who truly loves what he does, even when there is no paycheck.

And he was kind enough to sit with us for an interview and share all the details and his personal experiences (pros and cons) concerning this profession. 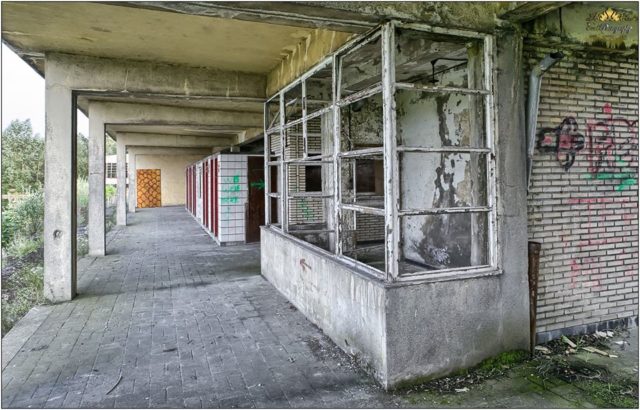 Happily married and living with his family on the Belgian coast, Soulphotography has been actively pursuing this endeavor since July 2011, after his visit to the small abandoned village Doel (Dutch for “purpose”) in East Flanders.

It was there that he realized the big difference between a wrecked, forgotten location and an exclusive one. And what for the most people can be an unpleasant experience, seeing a run-down, forgotten place, Soulphotography saw something there that was truly amazing and fascinating to him. And from that moment on, he was hooked, and he’s been chasing this dream ever since, to find and capture on camera the places he sees as special. 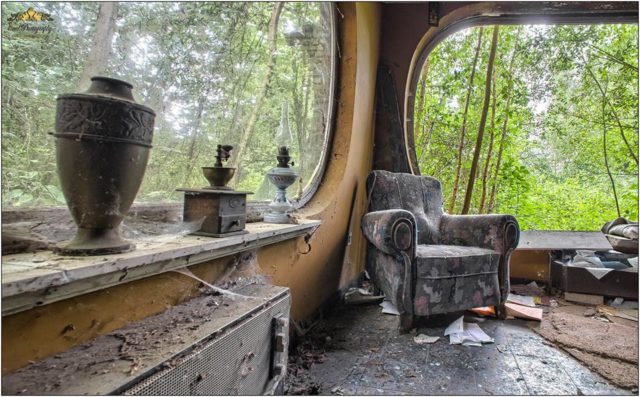 Soulphotography acquired his DSLR camera right after the birth of his daughter. But he says that his interest and admiration for abandoned stuff happened way earlier, recalling the day after his grandmother passed away:

“My grandma raised me. And when she died, I needed to clean up her room, which felt pretty hard to do. It was at that precise moment when it hit me, standing in that empty room, I came to the realization that eventually, in the grand scheme of things, everything and everyone sort of disappears, and all that’s left is just a memory”. 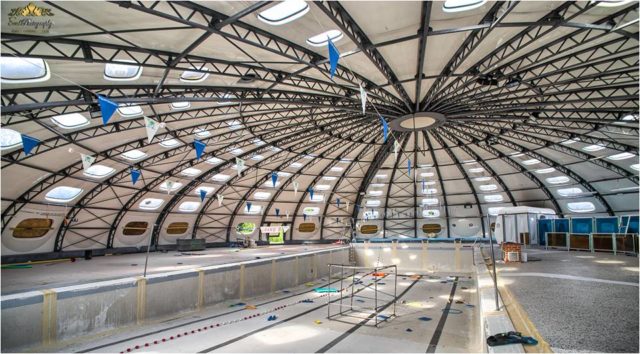 This sad and really personal moment made quite an impact on SOulphotography. It humbled him and inspired him to appreciate life even more, that memories should be cherished because they are all we have. And that’s why, according to him, whenever an explorer, or anyone, enters into an abandoned structure, it’s their responsibility to be respectful of anything they see in there.

“Take pictures only and leave nothing but your footprints behind. This is urbex photographers motto. And I truly believe in that. Because I feel that, when you are inside a derelict house, that doesn’t give you the right to touch or vandalize anything.

It is still someone’s house, somebody lived there once, and you should be grateful and privileged because, for a second, you are walking in someone else’s shoes. And whatever you see, it could be family photos, journals, belongings, anything. You must know, that you have just one job to do. To take the best photos you can, being that, sooner or later, the place could be demolished.” 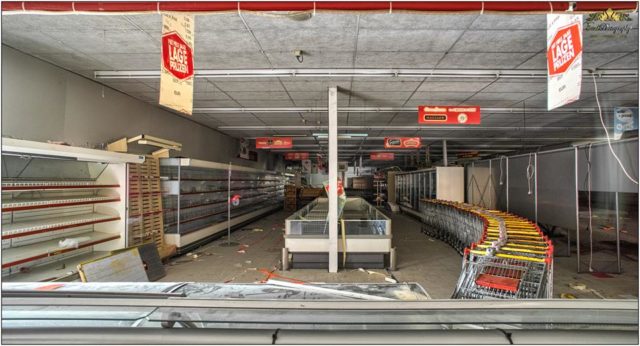 And it is then, that Soulphotography considers photography works best, what gives it meaning. When a picture freezes time and makes it everlasting. And the even greater satisfaction of sharing that memory with others. It’s like you’ve found a long-lost treasure, as he put it.

Questioned about how he finds and gets access to the abandoned buildings, Soulphotography was pretty frank about it: “Look, this is not some mainstream profession. Urbex is a small community, pretty closeted. We communicate with each other, share locations and we constantly are on the lookout for a new and exciting place.

Regarding your second question, about how we get inside buildings. Well, it depends. Some places are more complicated than others. First and foremost, we scoop around and use whatever we can find. Some houses will have an open window, or a broken wall, which makes it easier to enter. But sometimes, we need to climb. All I’m trying to say is, that it depends on what kind state the building is and is always teamwork”. 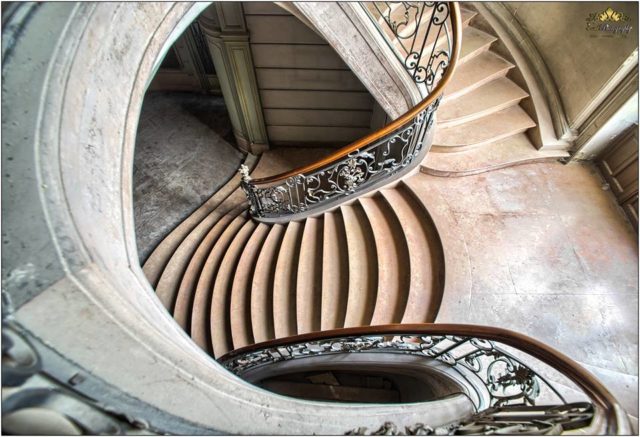 Also, Soulphotography says, that while he holds all the locations he’s visited close to his heart, he has a special affinity for abandoned castles. In them, besides the astonishing looking architecture, he sees an expression of utopia, a fantasy, very separate from the real world back then.

Every wall, piece of furniture, or vintage clothing that’s left behind tells a personal story, followed by an utter sadness and isolation surrounding the place. A world that existed on its own merits which now is slowly crumbling and fading away, waiting for nature to take what’s hers. 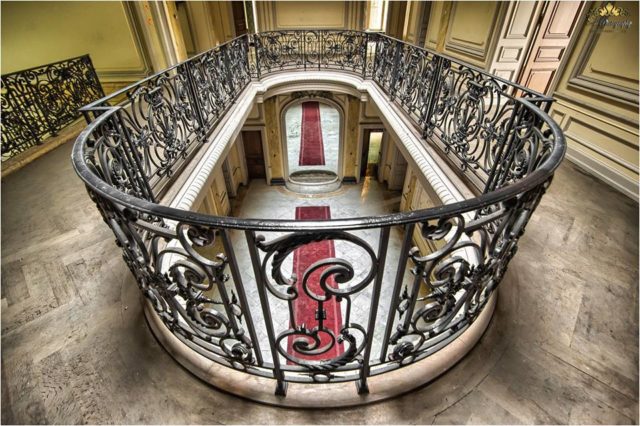 He recalled the day when he and few of his friends entered into two of the most beautiful abandoned mansions in Belgium: “I could never forget this. It was a real odyssey, but we somehow pulled it off. First, we visited Château de la Forêt castle.

However, we couldn’t find a way of going inside. Luckily we had a backup plan and we went to Manoir des Peintures. This abandoned castle belonged to some rich painter, and because there was a rumor that it could be sold soon, we knew that we shouldn’t miss this kind of opportunity. When we got there, all of us were simply astonished.

We hadn’t seen that kind of beauty put into a single place. There were paintings everywhere, and the place had a sort of a serene, almost Zen atmosphere. We met with photographers from Holland, Germany, and Italy, who were there because of the same reasons as us. And, then later, the same day, we got a call from a friend who told us he found a way into the Château de la Forêt. We got there at midnight, and yet again, we were left speechless.

Almost all of the belongings were inside and everything was original vintage from the medieval period. It is probably the most exciting thing I’ve ever seen in Belgium and it’s definitely one of my most proud moments”. They spent the night there, right on top of the tower, due to the property having patrols around the area. 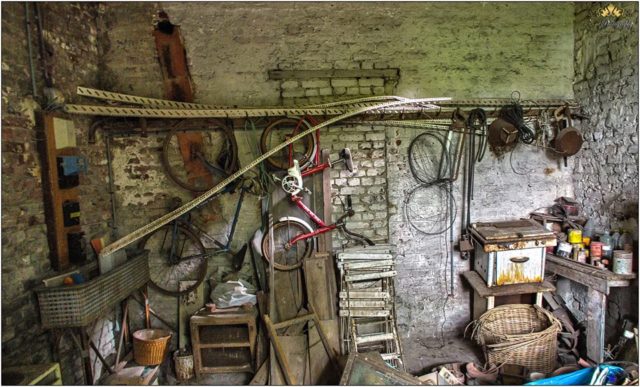 Like every photographer, Soulphotography has his own process of when and how he makes his pictures. He often works with high dynamic range (HDR) images, making a series of shots all from a different exposure setup to capture a wide lighting ratio, and in the end combines them all into one, single photograph

This way, he can capture all the details he wants without getting anything lost. It is quite an unorthodox method and more experimental, but the results are stunning. He also goes for a natural color palette, with contrast and sharpness, instead of using a digital intermediate. But for him, above all else, inspiration comes first: “There are too many uninspiring photographs out there, especially now in this ultra digital age.

If your picture isn’t able to tell a story with any kind of personality or point of view in it, it’s dead in the water. What’s in the frame must be compelling for the spectator. And we must always go for that, triggering an emotional response from the audience, otherwise, what’s the point in doing this”. 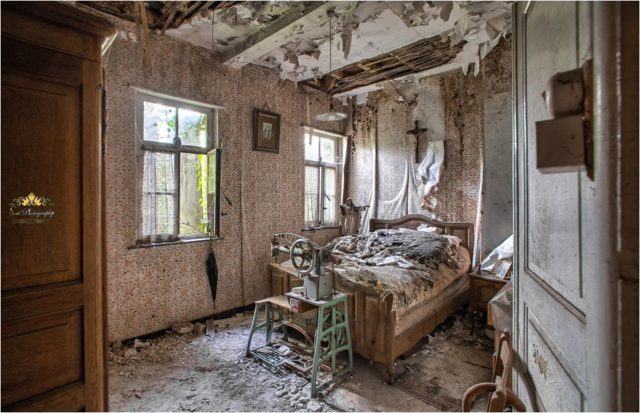 Soulphotography further added that this hobby/profession is not for everyone. He and others explorer enthusiasts like him do this because they feel compel to do it. There is an inner drive in them that he couldn’t put it into words, but it’s there and takes a huge hold over them, comparing it with a sense of being possessed.

Of course, this work also comes with its fair share of downsides, like a lot of traveling and buying materials all at your own cost. And, yeah, sometimes it can be pretty dangerous, especially when there is trouble with the authorities, who completely misunderstand what the urbex’s are trying to do. 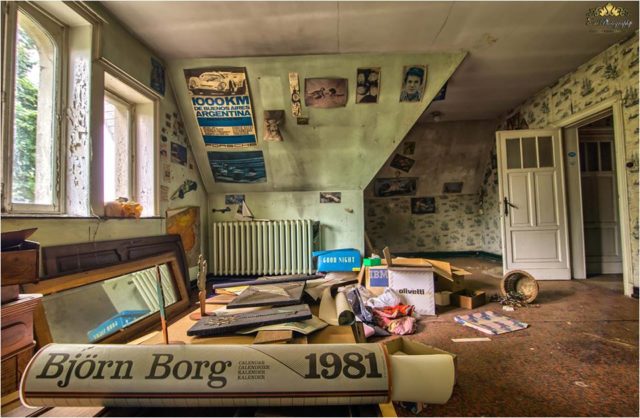 But, after everything is said and done, and asked if all of this is worth it, Soulphotography was really direct: Yes, absolutely. “Because, in the end, all that matters is the picture itself. And when you get that singular perfect moment captured on camera, framed perfectly, you know that it’s there to last forever.

And after that, you simply cannot wait to share what you’ve done with other people, especially with those artistic minded, who really appreciate what you do. It’s an ecstatic feeling and a pure joy. If this was just a hobby, as some people want to call it, or just for money, then we wouldn’t have done it.” 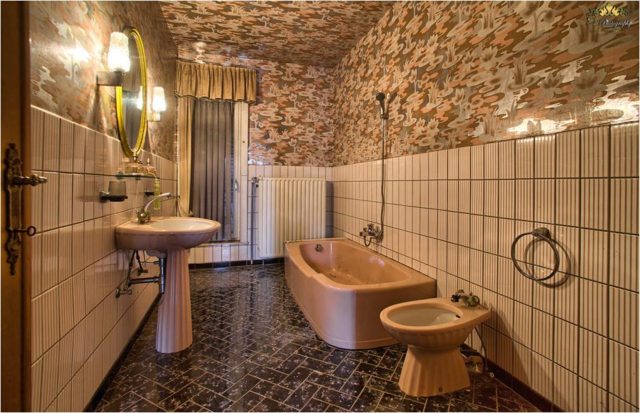 For the end of this chat with Soulphotography, we asked him about his future plans and what he has in mind for doing next. “Honestly, I don’t know what the future holds for me. I have lots of projects in my head that I wanna tackle some day.

New places and locations always wait to be found, no question about that, but for now, I’ll continue working on my model photography, which is something that I also love doing. I finished making my 2 “best of” photography books: “Pearls Of Decay” and “Faded Glory”, about all the places I’ve visited in the last 5 years, traveling around Europe. And I’m looking forward to my first exhibition this Autumn.”