Yeni Mosque in Mytilene, Greece: A ruined monument from the rich Ottoman history of the island of Lesbos

It is a mere roofless shell and mostly in ruins, but the Yeni Mosque (Yeni Cami in the Turkish language) still has life and soul left in it. The neglected Islamic monument is located in the heart of the city of Mytilene, which is on the east side of the island of Lesbos.

The mosque and the nearby Turkish baths (Hammam) were constructed during the Turkish (Ottoman) rule of Greece, which lasted from 1462 until 1912 when Lesbos was home to a large Muslim population.

On the mosque, there can be found not only characteristic elements of Islamic and Ottoman architecture and art but also many evident features of the Byzantine architecture. 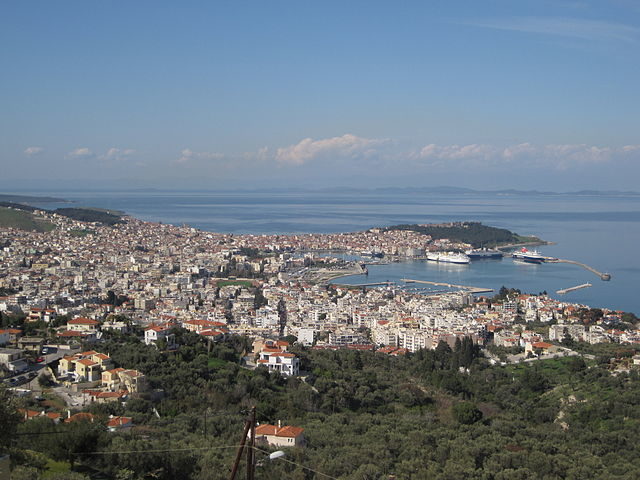 View of Mytilene from the south

The mosque is currently in very bad condition. It has been abandoned since the 1920’s and the signs of abandonment and poor maintenance by the local authorities throughout the years are obvious. Today, it is in a process of renovation and is an ongoing project that has been put on hold several times, mainly because of the economic situation in Greece and the lack of money, especially for cultural projects. The plan is to restore this historic building completely and to develop the whole area as a popular tourist destination on the island. At the moment it is being used periodically for a few art exhibitions and some cultural events. 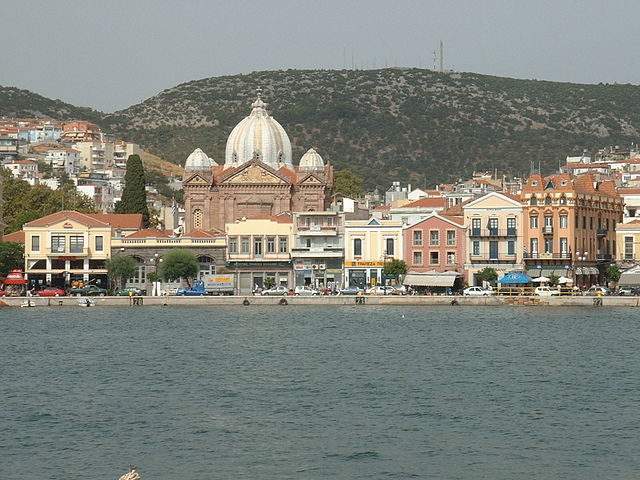 The ruined mosque is the largest Islamic temple in Mytilene, but also the newest. It was built at the end of the 19th century primarily to satisfy the religious needs of the Muslim population of the town, especially the inhabitants of the old Turkish neighborhood who were concentrated around the old Turkish market, whose main mosque was seriously damaged by a devastating earthquake in February 1867. 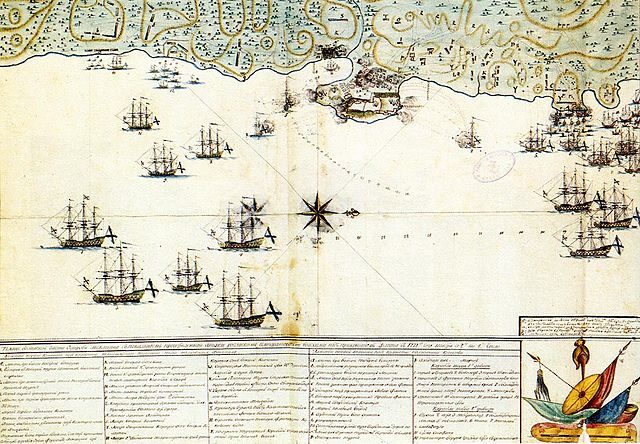 A map from the attack of the Russian navy on Mytilene

In fact, the Yeni Mosque, which literally means a new mosque, was built to replace the old destroyed mosque. This “new” mosque, which is now a significant monument from the island’s past, was in use until the beginning of the 1920s.

The mosque was built by order of Naziri Moustafa Aga Koulaxizi. It was built mainly from stone and had a round vaulted roof made from bricks. In the garden just near the mosque a medrese (Muslim monastery) was built, and on the north side of the mosque, an additional adjoining upper floor which served as a mufti’s dwelling space was constructed. The main entrance was designed as a portico with several columns that supported the roof, and the interior walls were richly decorated.

At the beginning of the 1920s, however, after the Greek-Turkish War (1919-1922) and the Treaty of Lausanne, the new modern republics of Turkey and Greece decided to make a population exchange in order to create ethnically and religiously clean states. The Muslim people from Greece moved to Turkey and the Christians from Turkey came to Greece. 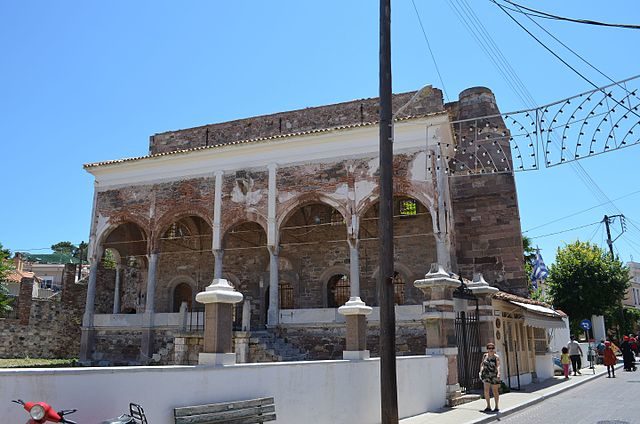 The roof and the minaret collapsed during a bombing in World War II/Author:  KureCewlik81 – CC BY-SA 4.0

This left the island of Lesbos and the town of Mytilene without any Muslim inhabitants. After the exodus of the Turkish community of Mytilene, the Islamic structures in the town started to crumble and slowly vanish. The Yeni Mosque was also abandoned and left to deteriorate.

The interior of the mosque/Author: Rutger2 – CC BY-SA 3.0

Today the mosque is only a picturesque and mystique ruin and a silent reminder of the island’s past. The main vaulted roof collapsed years ago and the walls are still falling apart. Some of the rich murals on the interior walls are still recognizable. The site is closed to the public, except on the days when it is used for cultural events. The last big cleaning and renovation happened in 2011, but it stopped because of the economic crisis in Greece. 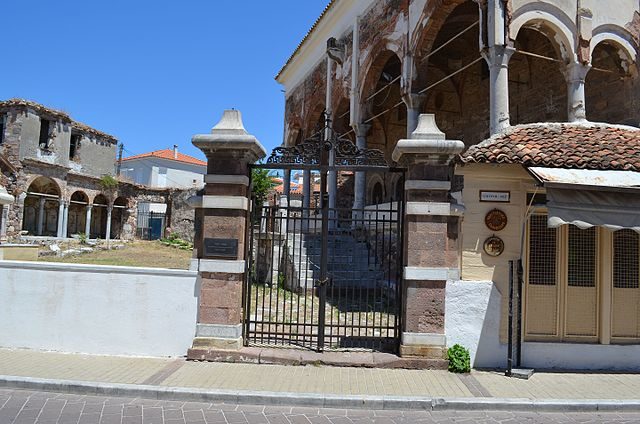 The structures were stabilized in order to be prevented from collapsing, but the situation is far from excellent. Some parts of the site are still overgrown with vegetation and full of garbage. All the structures of the site are exposed to the elemental forces. The wooden doors are rotten and the iron parts are rusted. 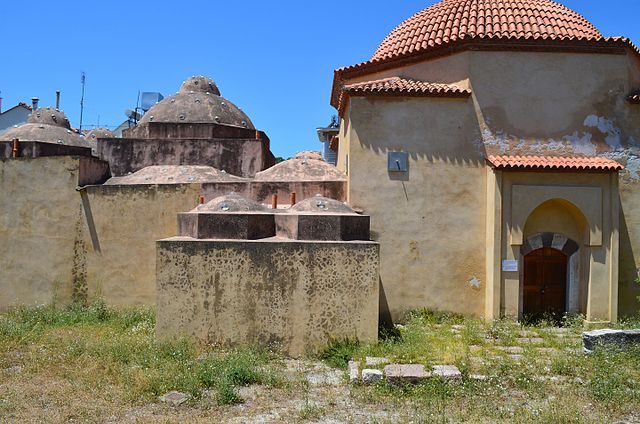 There is also the base of the minaret because the upper part of it collapsed a long time ago. In fact, large parts of the Islamic monuments were destroyed in World War II, during the bombing by the German army and were never restored. The Turkish baths, however, were renovated in recent years which gives some sign of hope for a bright future for the Yeni Mosque.

« Snaefell Mine and the sad death of nineteen of its miners
Castle Stalker: the castle from Monty Python and the Holy Grail »