Situated about 5 miles northwest of the town of Chambord, in the Saguenay-Lac-Saint-Jean region of Quebec, stands what is considered to be the best-preserved ghost town in Canada. Abandoned since 1927, the tiny town of Val-Jalbert now operates as a tourist location run by the Government of Quebec. 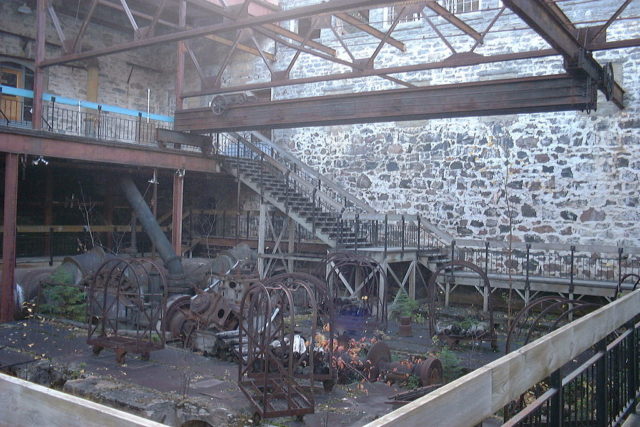 Val-Jalbert offers a one of a kind opportunity for all who want to experience first hand, the way of life in the 1920s and feel as though they’ve traveled back in time. Visitors can see over seventy authentic period buildings, including a convent school, general store and the restored pulp mill.

However, the most spectacular sight in Val-Jalbert is that of the Ouiatchouan Falls, which is in close vicinity of the town. This waterfall provided the people who lived here with electricity, a luxury that the other provinces of Quebec would get to have much later on. 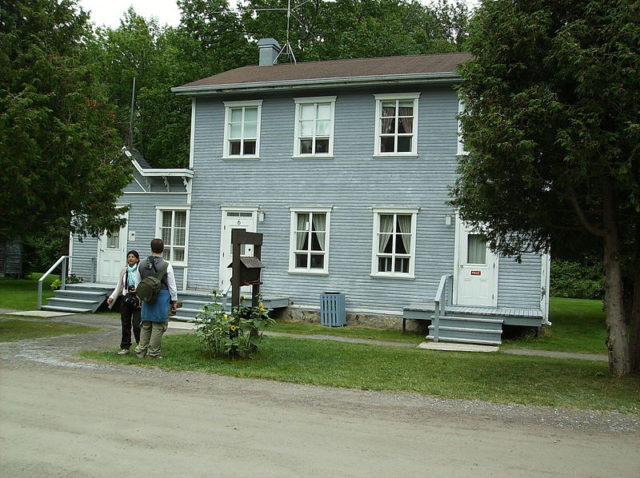 The town was founded in 1901, by Damase Jalbert, an entrepreneur from Lac-Bouchette. He saw the location, which lies between the borders of Chambord and Roberval, as ideal for building a pulp and paper mill and was certain that the two waterfalls on the Ouiatchouan River could produce the necessary energy required for the machinery to work.

Jalbert’s company, The Ouiatchouan Falls Paper Company, laid the foundations for the town’s infrastructure and urban planning. Four different types of houses were designed to serve as workers residencies, located uphill away from the mill, whereas the hydraulic machinery was built downhill.

The construction process also saw the introduction of a sewer system, waterworks, telephone service, and electricity to all homes, turning the place into a small functioning community. At first, the village carried the name Saint-Georges-de-Ouiatchouan, after the river that runs through it. 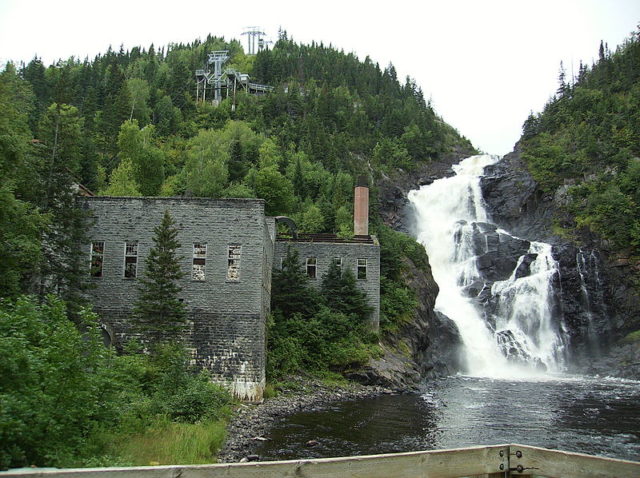 It was only three years after the village was established, in the spring of 1904, when its founder Damage Jalbert passed away. Following his death, the company was bought by American investors, who continued with the ongoing construction and development plans but also expanded the paper mill business to meet the growing demand for newsprint in America, as well as Britain. 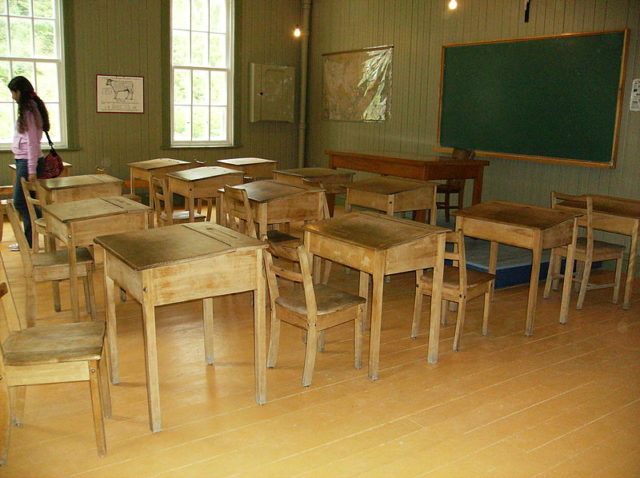 However, the town was able to fully flourish when it was taken over by Julien-Édouard-Alfred Dubuc and his Chicoutimi Pulp Company. During his time at the helm, Val-Jalbert gained its professional look, which is maintained to this day. Dubuc respected the already well-established urban plan, but also made great additions and widened its infrastructure.

He made extensions to the mill and almost doubled the number of workers, and so new buildings and houses were erected to accommodate these new arrivals and their families. On top of that, a school was built which was run by nuns from Chicoutimi, along with a local priest, Father Joseph-Edmond Tremblay. 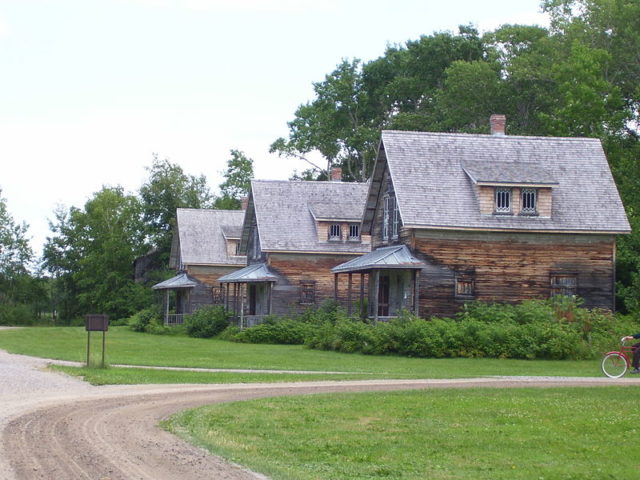 From 1909 to 1924, the town was prospering and the entire community blossomed, and in honor of its founder, in 1913, Dubuc changed the name from Saint-Georges-de-Ouiatchouan to Val-Jalbert, the town’s new official name.

Be that as it may, sadly after this period, it all went downhill. The company got into serious financial troubles, which finally ended with the pulp factory’s closure on August 13, 1927. Two thousand workers found themselves without a job and many of them, together with their families, left the community. There were some who were hoping that the mill would get back on its feet and so stayed for an additional two years, but that didn’t happen, unfortunately. The company gave notice to all of the remaining families in Val-Jalbert to move out, and following that, they had all the houses boarded up. Among the last to leave the village was Father Joseph-Edmond Tremblay on September 15, 1929. 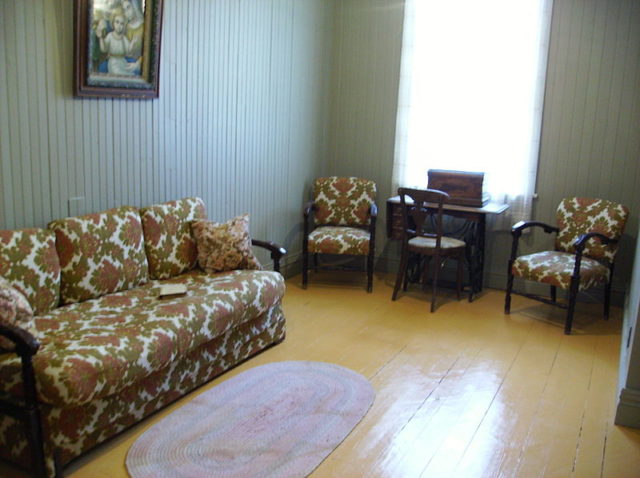 After that, followed only silence, and what was once a thriving town, full of life, was now left in suspended animation. It remained like that, abandoned and closed to public access, and with the likelihood of never waking up again, that is until the 1960s; the government of Quebec took a hold over the land, including all the buildings and hydraulic machinery. 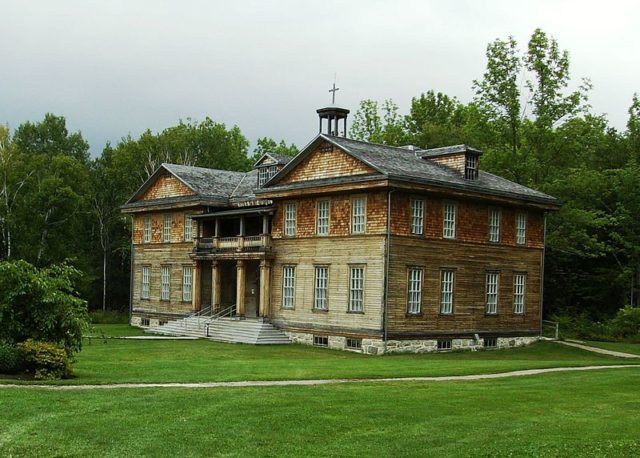 Luckily, through the insistence of Quebec’s Tourism office and the parks agency SEPAQ, who saw Val-Jalbert’s potential and all it could offer, the Quebec Government had a change of heart. So in 1987, Val-Jalbert was awoken from its long overdue winter sleep. The entire village was fully restored to its former glory and made open for visitors in the summer. In 1996, the Ministry of Culture and Communications classified it as a heritage site. 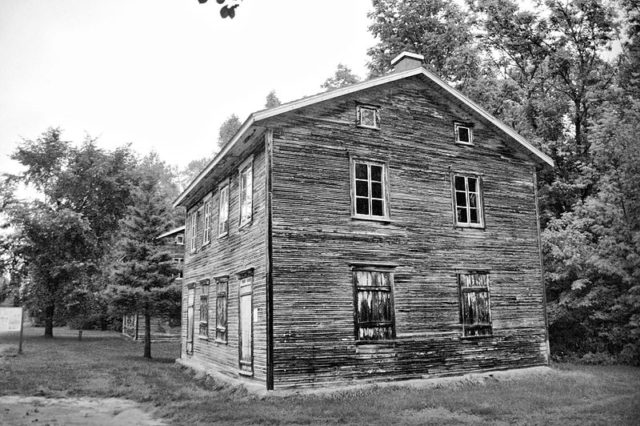 Today, Val-Jalbert enjoys its second life as a tourist attraction. Thousands of people come here every year to revel in its peaceful atmosphere and to see the spectacular waterfall, which begs the question: can a place still be proclaimed a ghost town, even when it’s so full of renewed life?