Jawbone Flats: From a Fruitful Mining Town to the Perfect Tourist Getaway

If you are looking for ways to expand your Bucket List, visiting Opal Creek Wilderness in Oregon, U.S is the perfect add-on. Lush greenery, scenic hiking roads, trees wrapped in old moss, and stunning turquoise waters await anyone who pays a visit.

If you were lucky, while hiking through these parts you might stumble upon the town of Jawbone Flats, which offers a peek back to an unforgettable moment in time. The town is hidden deep within an ancient Douglas-fir forest amid red cedars and hemlocks. 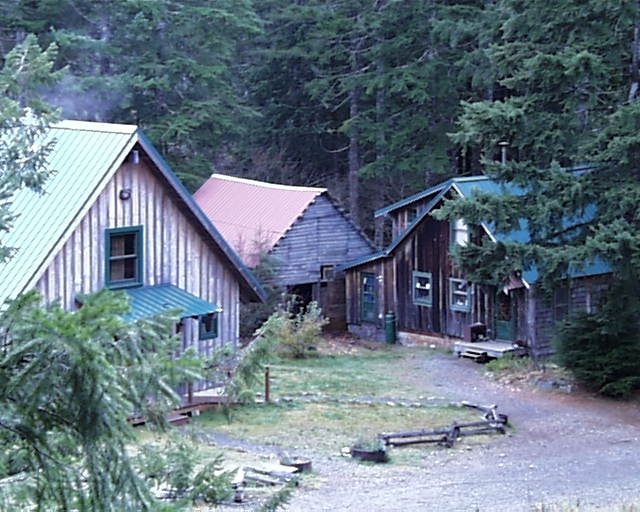 It is so secretive and well hidden that it is unknown when the town was first founded. It is known that Native Americans roamed the area and made this wild forest their home. 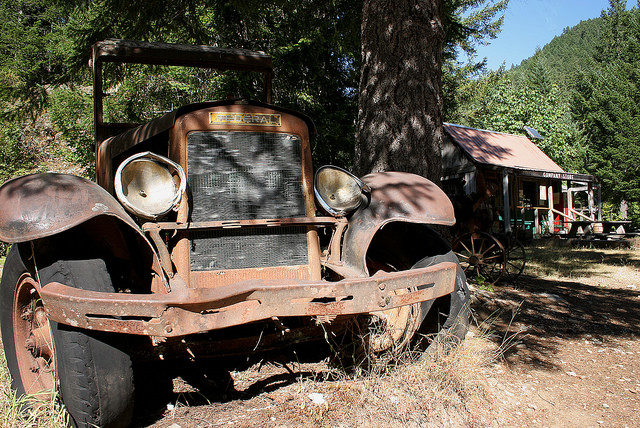 The Santiam Molalla Indians used the area where Jawbone Flats now stands as a camp during the summer months. Some historical records suggest that the mining district had its beginnings in 1859; however, no serious mining took place until 1896 when the Ruth Mine was formed, and it took an additional three decades before any significant production took place. 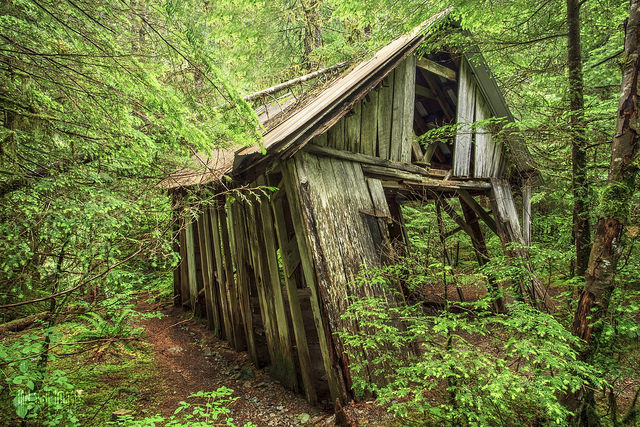 An old and long-forgotten building. Author: Ian Sane – CC BY 2.0

A miner by the name of James P. Hewitt first founded the Amalgamated Mining Company and started to professionally utilize Ruth Mine, which mainly produced lead, zinc, and silver. The first sheds were erected and the first miners started to settle in the area, but the town’s remote location meant that getting there was tough. 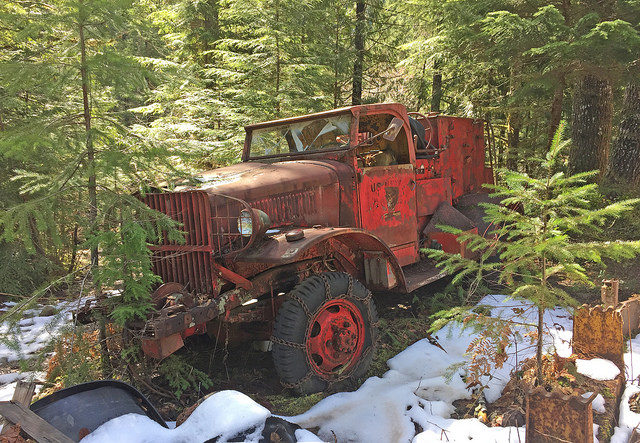 This problem was eased in 1939 when Gold Creek Bridge was constructed along with a number of roads. The project, realized under President Roosevelt, made Jawbone Flats an attractive mining community. With time, the town grew and was filled with a number of buildings, including a cookhouse, community hall, and even public showers. Hewitt managed the area by himself until 1944. That year, his daughter Dolores married Vic Atiyeh, the governor of Oregon; and with this, the Atiyeh family got introduced to Hewitt’s mining business. 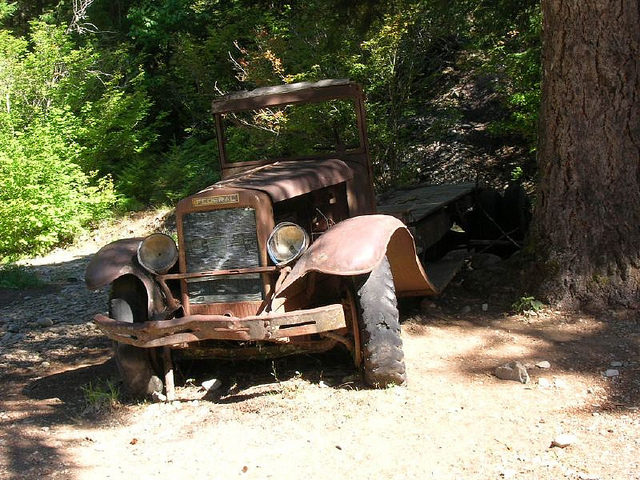 George Atiyeh, Vic’s nephew, got introduced to the business at the start of the 1960s and remained active managing Shiny Rock Mining Company well into the 1970s. However, all that mining was not without consequence. Over the years, the Opal Creek area got severely damaged, prompting people to create the Friends of Opal Creek organization in 1989. 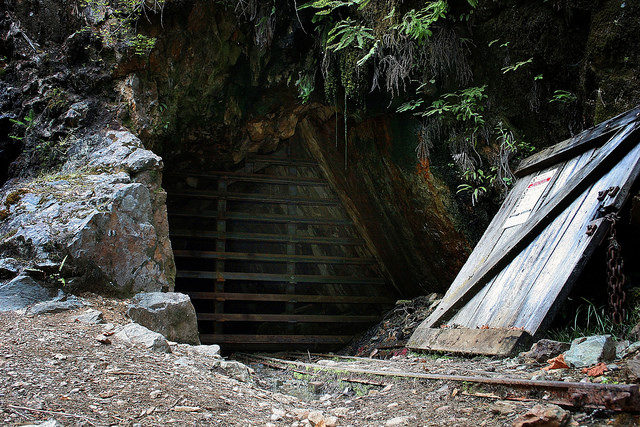 The entrance to the mine. Author: U.S. Forest Service- Pacific Northwest Region

The organization focused on protecting the unique ecosystem in and around the area by increasing public awareness. Their efforts paid off, and in 1992 all mining activities stopped. This brought the future of Jawbone Flats to an end – at least as a mining town. The whole area where the Shiny Rock Mining Company operated was given to Friends of Opal Creek for free, even though it was valued at $12.6 million. 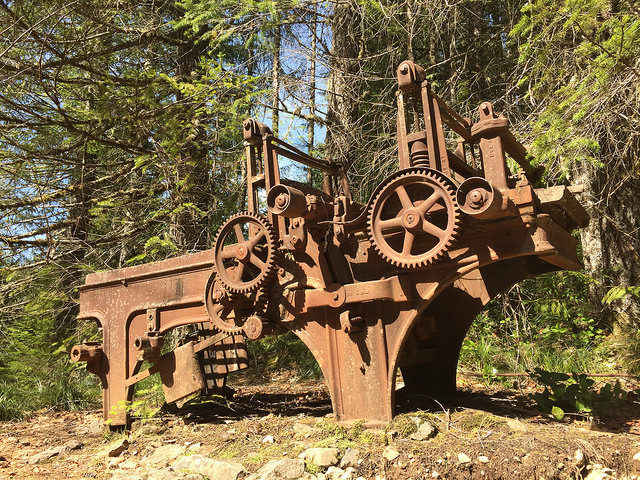 But Jawbone Flats is far from abandoned, even though the whole area is filled with rusty equipment and long-forgotten vehicles. Friends of Opal Creek made a cozy home of it; George Atiyeh is still very much active around these parts even though he was badly hurt in an airplane crash in 2014 and spent two years in a wheelchair. 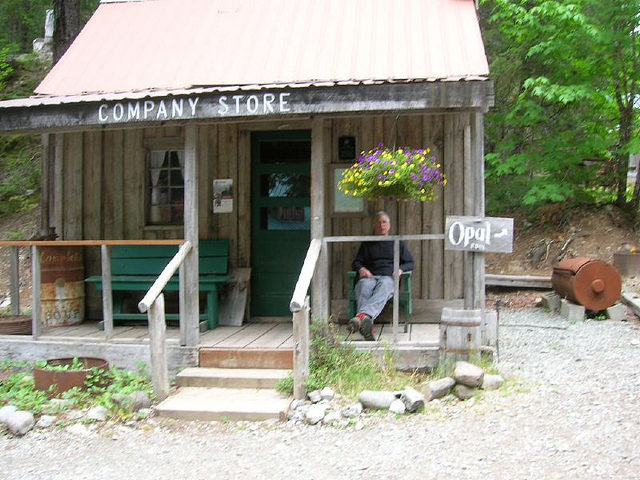 The local company store for tourists and visitors. Author: Donaleen – CC BY 2.0

Nowadays, Opal Creek forest is known nation-wide, and thousands of people come to visit this beautiful wilderness each year. George Atiyeh is almost always there to welcome visitors and share stories of his childhood and time spent in Jawbone Flats. He is a particular fan of a 270-foot tall Douglas fir that, according to environmentalists, is more than a millennium old. Today, Jawbone Flats is privately owned and is an essential part of Opal Creek Scenic Recreation Area.

« The “Pocket Battleship” Deliberately Sunk in Montevideo After the Battle of the River Plate
Lake Valley: A story of silver, cyanide and a London Courtroom »