McLean as a Small Town in Texas

The small town of McLean is located in Gray County, Texas, about 74 miles (119 kilometers) east of Amarillo.

Strictly, the town is not abandoned since 756 people live in it according to the population census conducted in 2018. But it’s nowhere near the town it used to be and parts of it are preserved monuments to the history of the area.

McLean’s founder, Alfred Rowe, was born to a wealthy English merchant family in 1853. In 1884, the 31-year-old Rowe acquired 200,000 acres of land in the eastern region of the Texas Panhandle.

He established a cattle-breeding ranch here which did so well that, in 1901, he decided to donate 640 acres of his land to create a future town for Gray County. He chose to donate a portion of land that was close to a railroad cattle-loading stop that he used to send his own cattle to market.

The site was named after a hero of the Texas Civil War, a judge named William P. McLean (1836-1925). William McLean also served on the Texas Legislature and Railroad Commission. 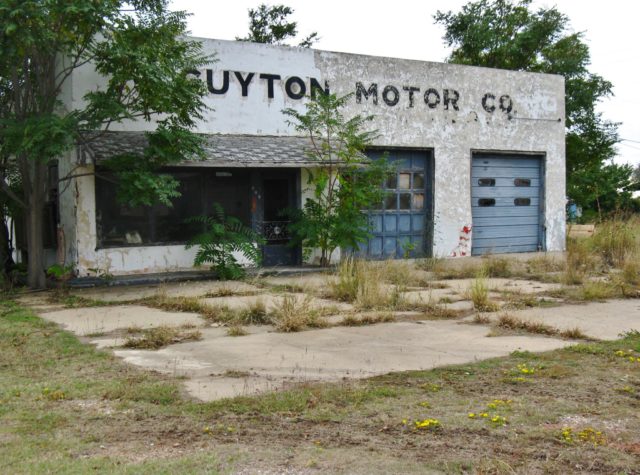 By 1904, the town consisted of three shops, a bank, a livery yard, and two wagon yards. It also had its own newspaper called the McLean News. A windmill in the center of town pumped up water for the residents.

The town began to grow and develop rapidly in terms of livestock and trade, and soon became a center of agriculture. In 1909, the town was incorporated when C. S. Rice was elected mayor.

In 1910, Alfred Rowe moved to England where he made his permanent residence, but he was in the habit of returning to America twice a year to visit his ranch. In 1912, Rowe joined the first and fatal voyage of the Titanic. After the ship sank, streets in the town were named after him and his wife.

In 1927, Route 66 was laid through the town of McLean meaning that the town became a tourist stop as well as an agricultural center. The construction of Route 66 through the town as well as its links to the oil industry contributed to the prosperity of the town during the Great Depression. 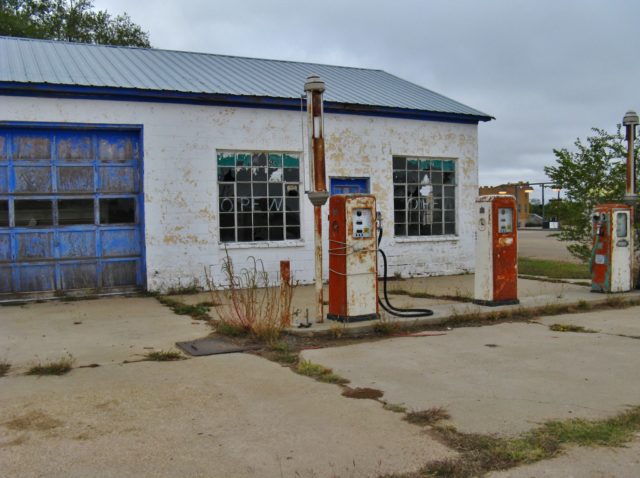 In 1940, the population of the town had reached 1,500 people. At that time, six churches and 59 business enterprises were established there.

In 1942, a prisoner of war camp was built just outside town, which contained about 3,000 German prisoners. The camp was closed down in 1945.

The beginning of the end for McLean started when other new cities began to appear nearby. McLean’s population began to decline as residents moved to other cities in the 1950s. When Interstate 40 was built to replace US Route 66, the town was bypassed.

However, the town lives on to this day as an integral part of historic US Route 66. Of particular note are the Devil’s Rope Museum, the McLean Prisoner of War Camp Site, and the Phillips 66 Gas Station, a vintage gas station that has been preserved and stands as one of the first Phillips 66 stations in Texas.

Visitors can also stay in the Cactus Inn Motel, built in the 1950s and still maintaining the atmosphere of that era.

On December 20, 2006, the historic downtown area was added to the National Register of Historic Places. 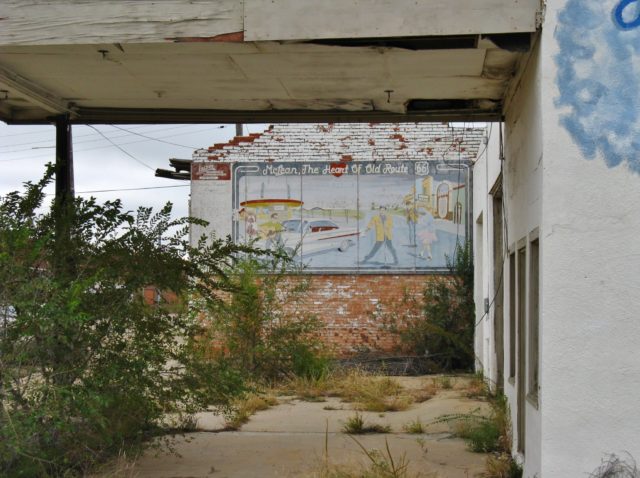 The town still has some links with the modern world in the form of its sports stars. It is home to the McLean Tigers and the girls’ basketball team took second place in the State Tournament in Austin. Its female and male football teams have all had notable successes too.

The town is also known for its Lovett Memorial Library, which was founded on August 9, 1940. Currently, the library has five computers, a photocopier, and offers movies, audiobooks, and various publications to the public.

All the photos in this article were taken by John Schrantz – Jasperdo. Many thanks to him for giving us permission to use his photos of this stunning town in Texas.

He has got a huge collection of his photos on Flickr which you should definitely check via this link. 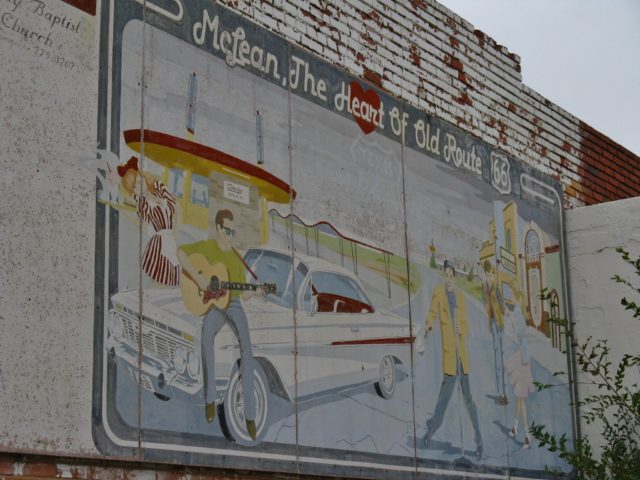 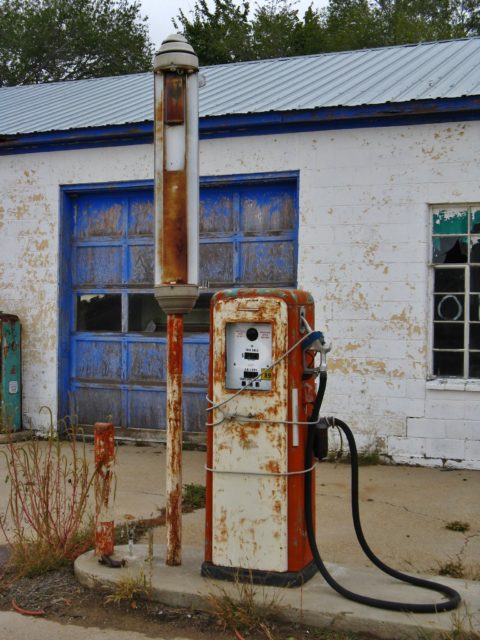 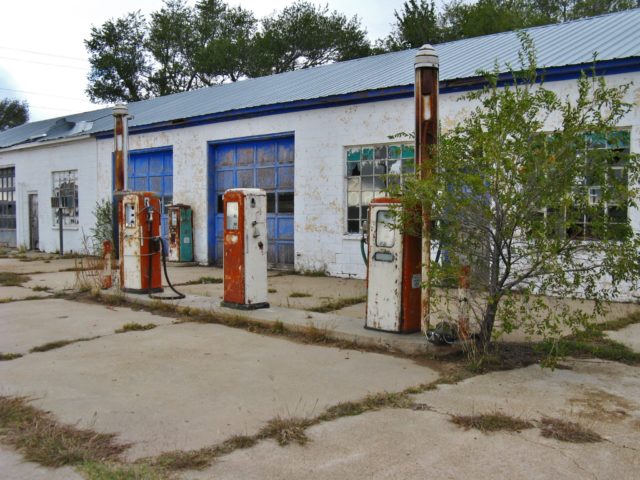 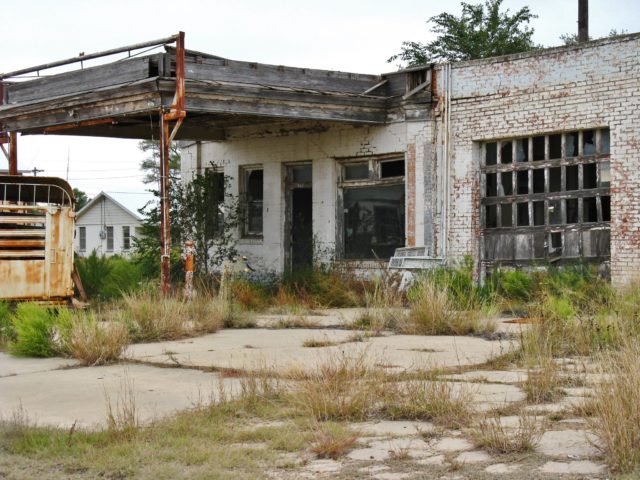 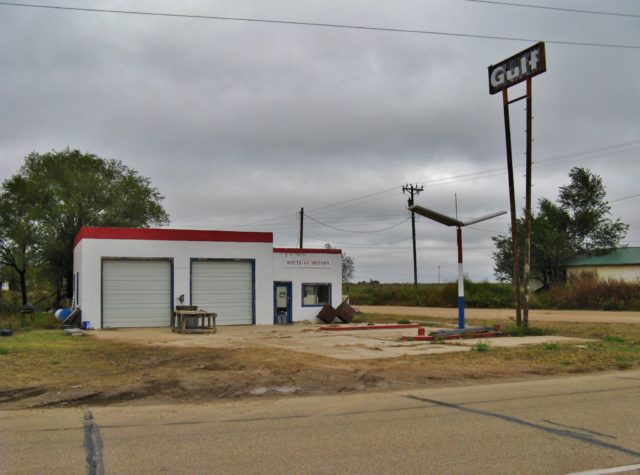 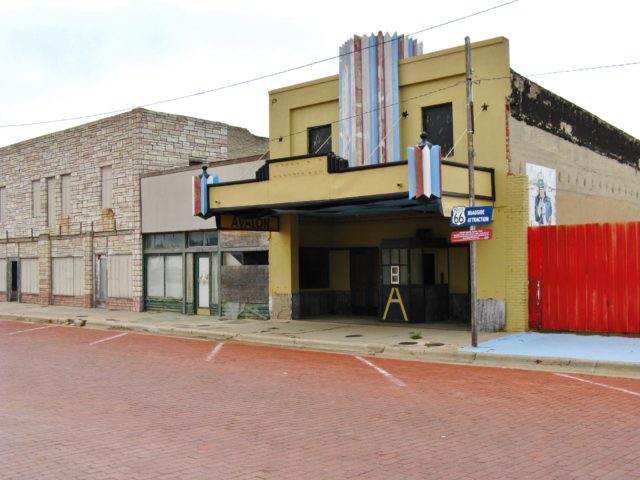 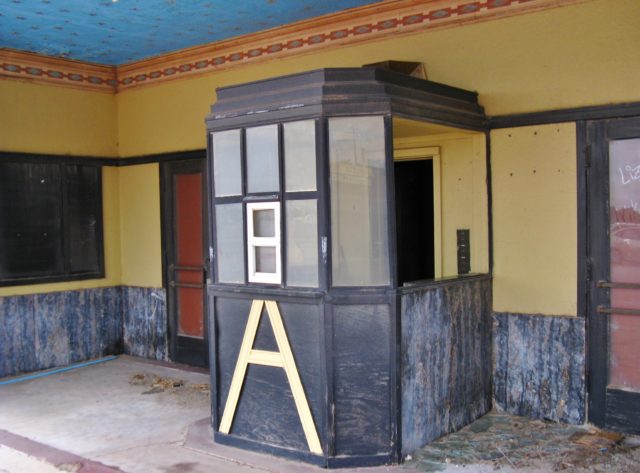 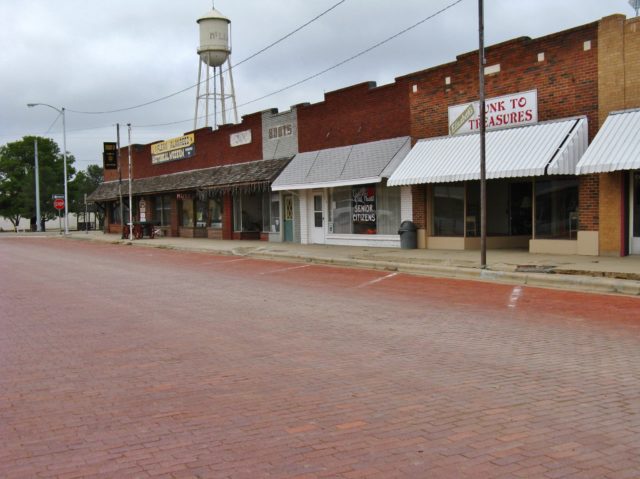 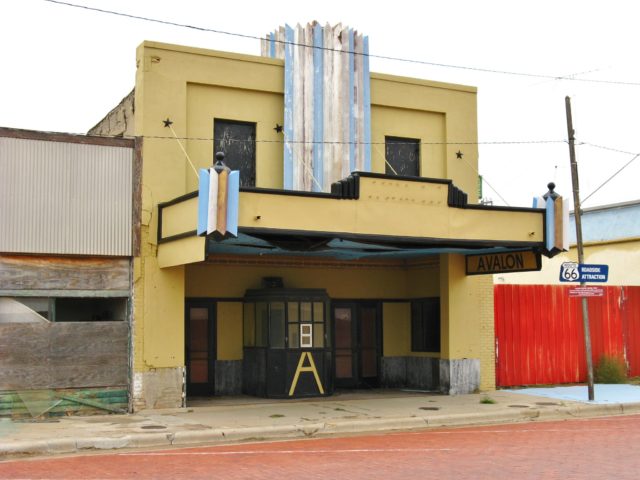 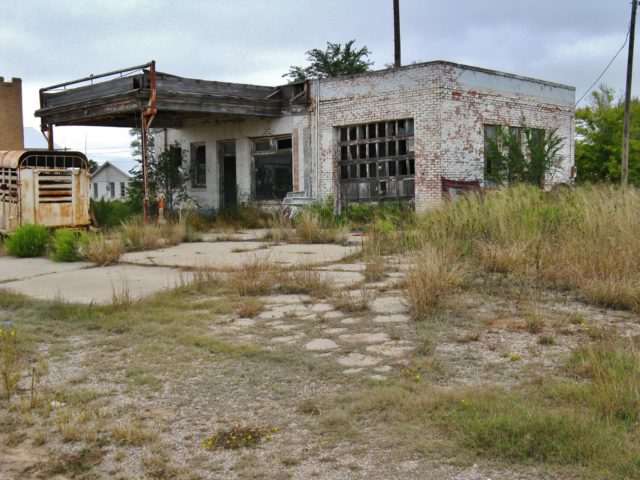 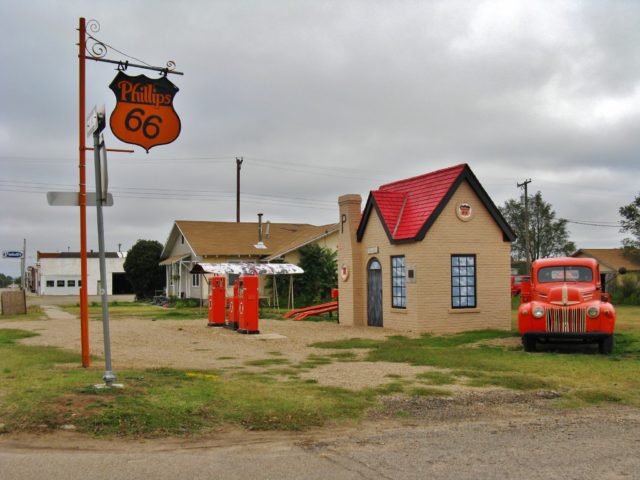 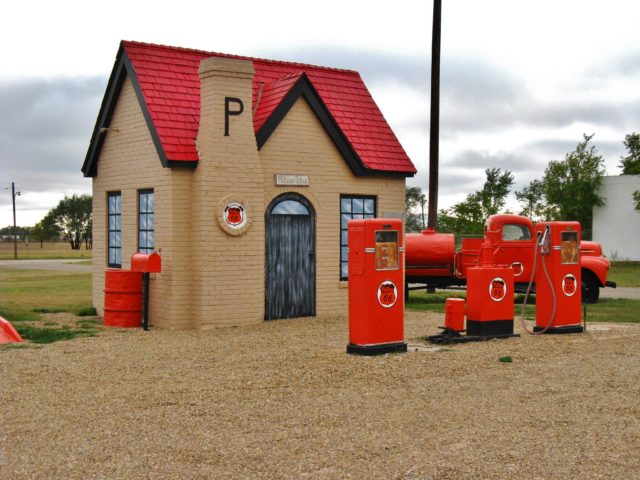 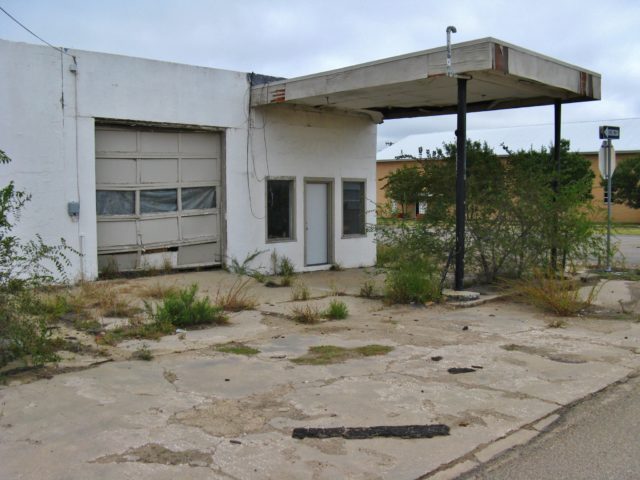 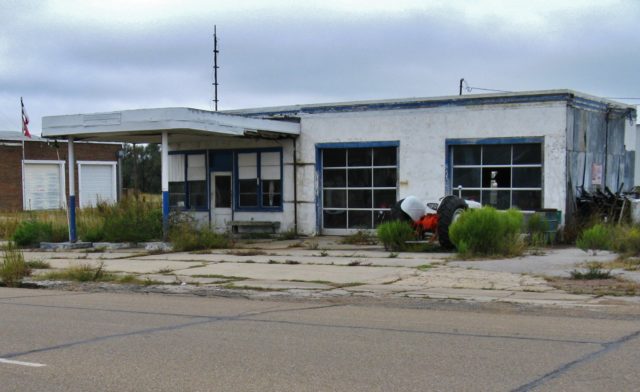 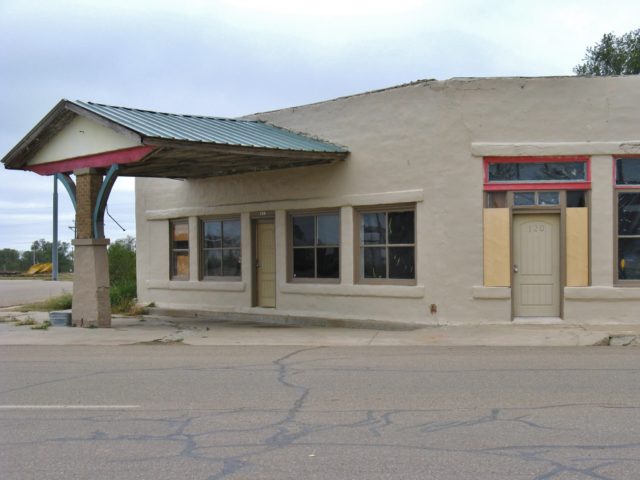