Teriberka: on its way to becoming a ghost town?

A forsaken town lies on the shore of the Barents Sea, 180 miles beyond the Arctic Circle. More than half of its buildings are abandoned, and the town is descending into oblivion. Some of its most famous abandoned locations are the old port and a ship graveyard. Is it doomed, or is there still a chance for revival?

Teriberka is a small, formerly thriving fishing town. It is located on the Kola peninsula, 75 miles away from Murmansk, a major port city in Murmansk Oblast, Russia. Teriberka used to be part of the border zone, so access without an official permit was prohibited, but this is not the case anymore.

Essentially, Teriberka is made up of two settlements, which were merged in 1957. The “Old Teriberka” is the original Teriberka. This area was settled back in the sixteenth century by Pomors – settlers, mostly from Novgorod, who were exploring the Northern areas of Russia beyond the Arctic Circle. The other part of Teriberka is 40-50 minutes away on foot – 5 minutes away by car. This part used to be the independent settlement of Lodeynoe. 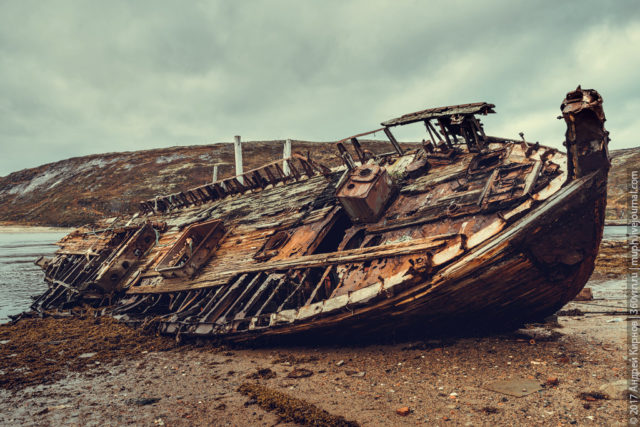 By the end of the nineteenth century, Teriberka had a lighthouse, a weather station, and a church. In 1912, it had a population of over 1,500. Cod and shark fishing were the main fishing businesses. With the advent of Soviet power, a collective farm was set up, which was in charge of fishing and also had dairy cows and a reindeer herd.

After WW2, the town was developing rapidly. New buildings were built: both enterprises and amenities for the people living here. These included dairy farms, a poultry farm, two fish processing facilities, and warehouses for ship repair. A hospital, a school, and a community club for concerts and social gatherings were also built. The town also had a 2,000-head reindeer heard and an American mink breeding farm. 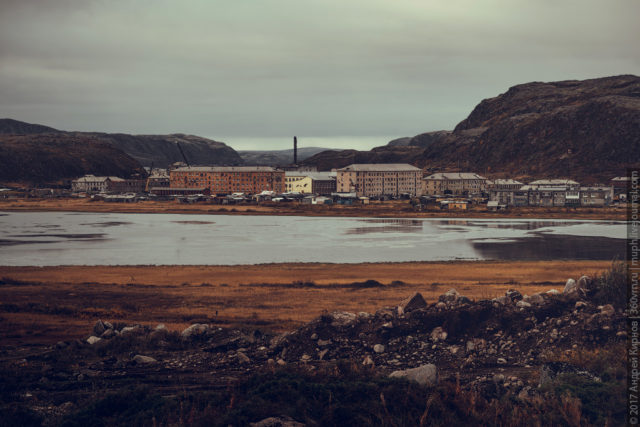 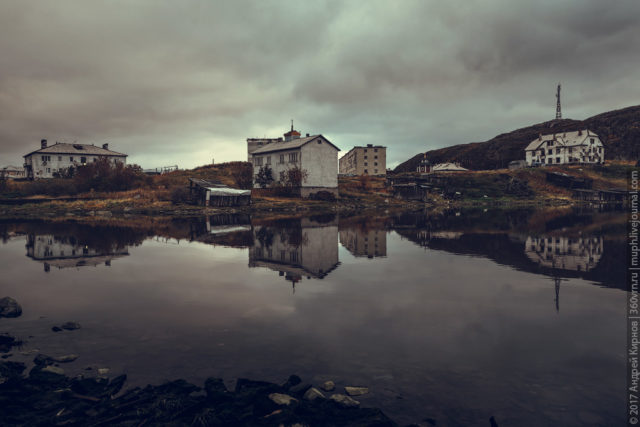 Some of the few buildings in Teriberka which are still being used by people. ©Andrey Kirnov

But this did not last long. In the 1960s, the town began its decline. A lot of the fishing and processing moved to Murmansk, where new facilities were built. Additionally, ships of higher tonnage began to be used, and these could not pass through the small Teriberka river into the sea.

These fishing vessels also traveled further into the open sea, so close-coast fishing, like the type conducted in Teriberka, became redundant. In a nutshell, Teriberka could not offer industrial-scale fishing, so it ceased to be an important fishing outpost. Unemployment followed. It forced many to migrate to larger urban centers such as Murmansk. Teriberka began its path to oblivion.

By the end of the 1970s, migration to urban centers became even more apparent. Whole families were moving out, and the population rapidly decreased. From 5,000 in 1960, the population had halved by 1979. Now, the population of the town is a mere 800 people. 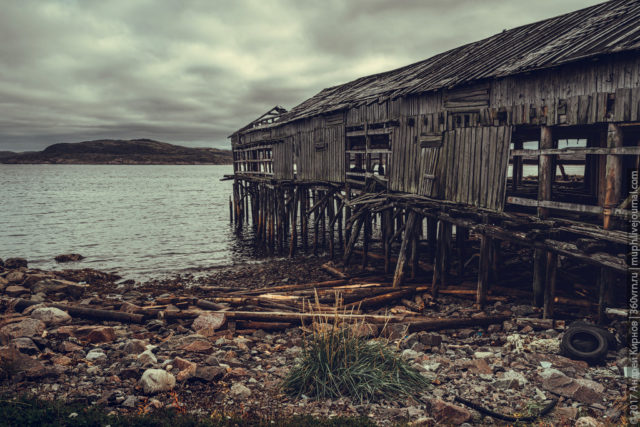 In the 2000s, the town became more of an attraction to hikers as well as snowboarders in the winter and kite-surfers in the summer. Many also visited who wanted to witness the Northern Lights.

Now, no more than 50 people live in Old Teriberka. This is the most dilapidated part of the settlement. The first thing that someone traveling from New Teriberka sees on approaching Old Teriberka is a ship graveyard. It is a suiting metaphor for the dire state that the town is in.

Lodeynoe is the less derelict part of Teriberka, and it is here that most of the life that still remains is concentrated. Approximately half of the buildings are abandoned, and dozens of houses where people still live are dilapidated and in nearly the same state as the abandoned buildings. 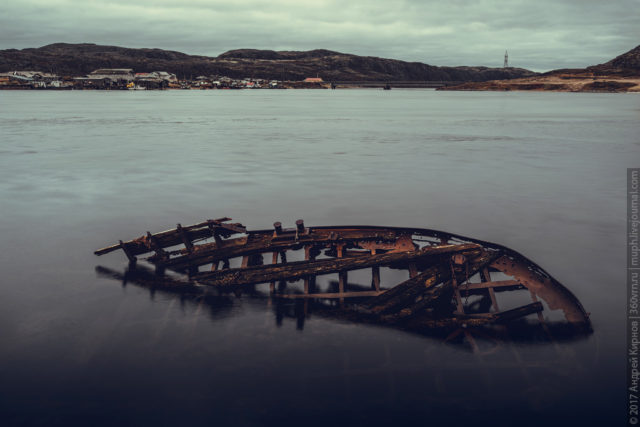 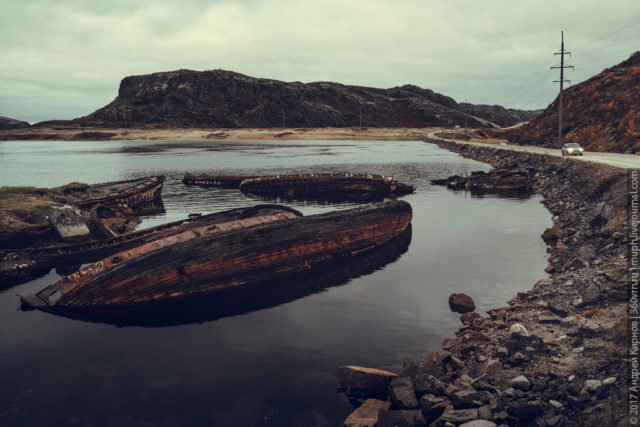 Could Teriberka ever be revived, or will it eventually be entirely abandoned? Some people say that it is still possible to redevelop the area, and those people place high hopes on Teriberka’s potential as a tourist attraction. Indeed, after Andrey Zvyagintsev’s award-winning film Leviathan premiered in 2014, the town experienced a growth in visitors. The film, which, among other awards, won the Best Foreign Language Film at the 72nd Golden Globe Awards, was shot at Teriberka as it was the perfect setting for the social issues addressed in the film. In just the first three years after the film was released, four hotels, a hostel, and a restaurant opened.

After Leviathan, the annual festival “Teriberka. New Life” was created, which was aimed at promoting Teriberka to tourists and investors. Theoretical plans to transform Teriberka into an eco-town were drawn up; whether they will ever be implemented is hard to tell.

Thank you to Andrey Kirnov for the photos and information! See more of his work here: muph 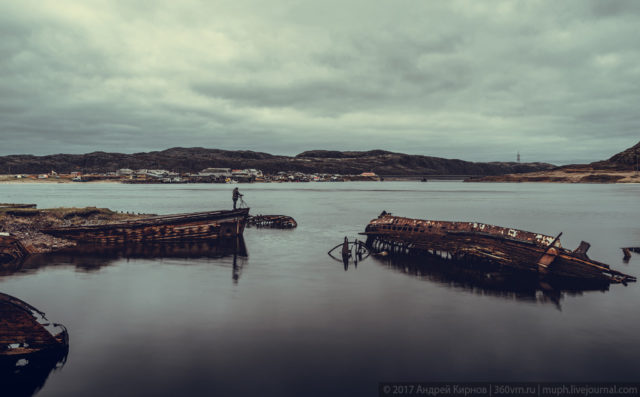 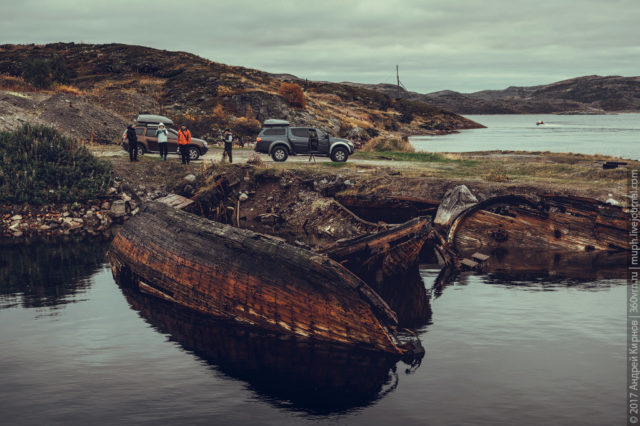 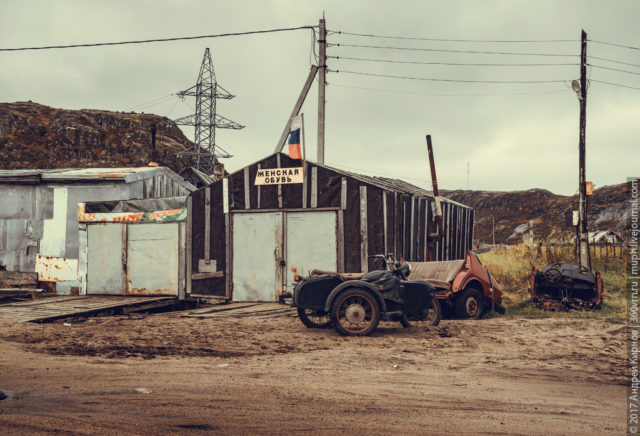 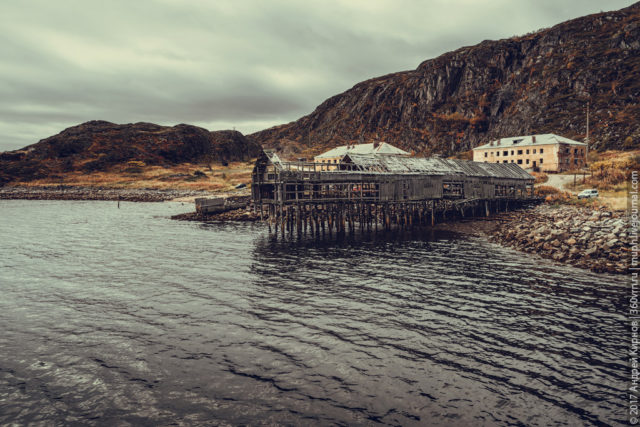 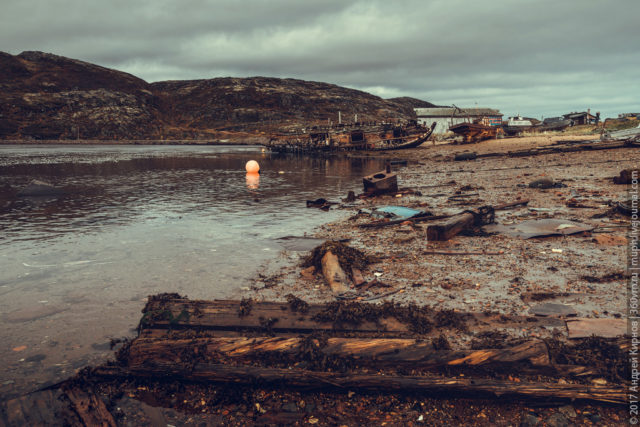 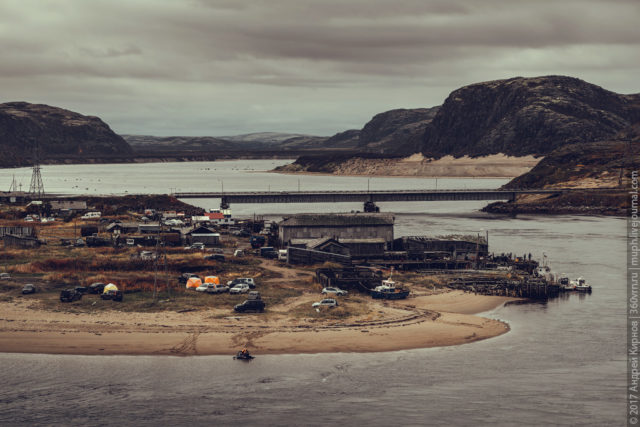 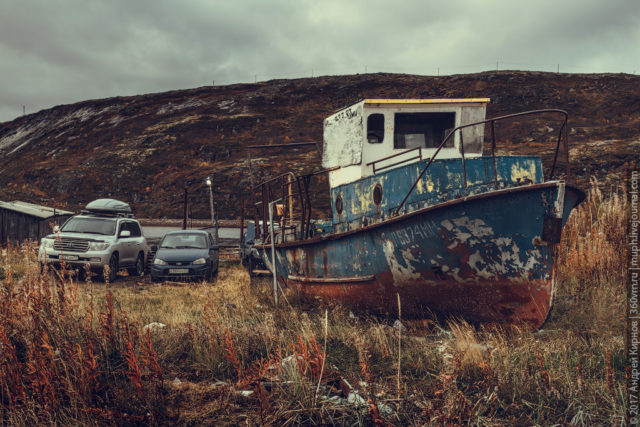 « Fascinating: Abandoned particle accelerator
Thermopylae the fastest clipper of her day, she raced with Cutty Sark »