Abandoned Sawmill Inside a Ghost Town

Balaclava Township, an abandoned town in Eastern Ontario, Canada, was named after a battle in the Crimean War and was once part of the great lumber rush. In its prime, trees were felled in their hundreds every day, and sawdust filled the air.

The story of the township of Balaclava starts somewhere in the middle of the 19th century when a timber dam was built on the Madawaska River just before the eastern outlet of Constant Lake.

Soon after, somewhere between 1855 and 1861, a complementary sawmill was added to the dam. It was built by two friends named Duncan Ferguson and Donald Cameron and was one of the first thousand in Upper Canada at the time.

With the new sawmill, the township of Balaclava flourished and attracted many European settlers filled with hopes for great lumber wealth. The area was full of hemlock and spruce, white and red pine trees, ideal for square cut timber. 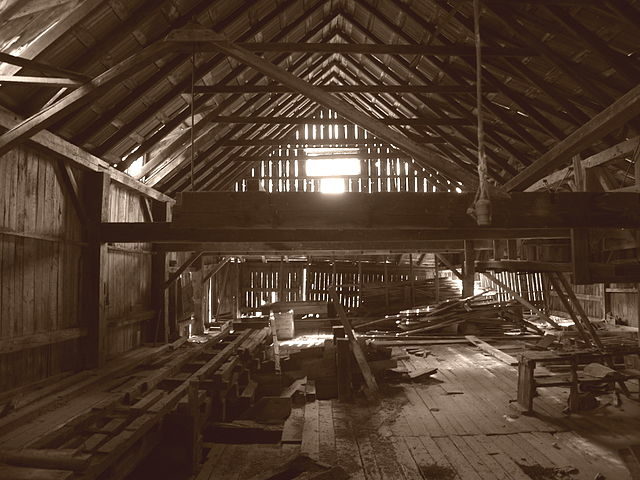 Not long after, the town also boasted its own general store, blacksmith shop, boarding house, and two hotels. This continuous growth in terms of both surface area and population was seen as an opportunity by yet another businessman: William Hunter.

Hunter built his own grist mill a couple of miles downstream from the existing dam and employed many of the new settlers of Balaclava. Times were getting better every year for the lumber industry in Ontario, and the competition between the two lumber mills heated things up even more. 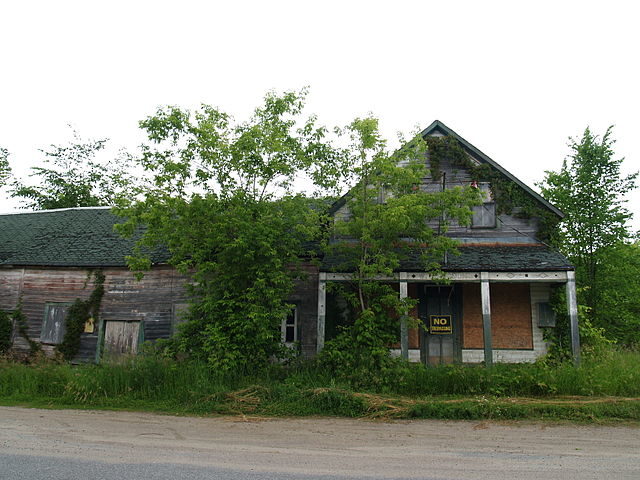 In 1868, the sawmill and the dam were bought by William Richards, and both were operated by the Richards family for the next 89 years.

Hunter claimed that between 1904 and 1909 the sawmill upstream from his was disposing of too much sawdust into the river, thus damaging his sawmill. However, the Richards family claimed that it was within their rights to use the river as a dumping ground for the extra sawdust.

It was Hunter who ultimately won the suit, and he was paid 200 United States dollars. The court gave Richards a four-month window to alter his mill operations. As a result, this court case resulted in the installation of the first sawdust burner in the Ontario Province. 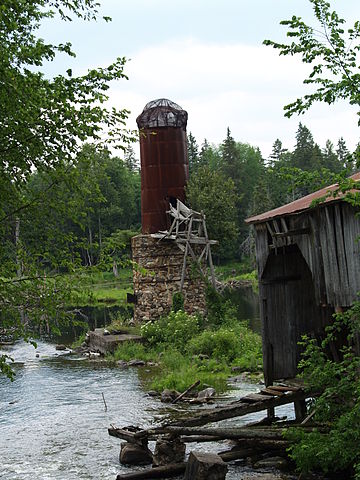 However, by 2012, the concrete had come to the end of its lifespan as a bridge. This time, the dam and the bridge were destroyed then rebuilt separately as two different structures. 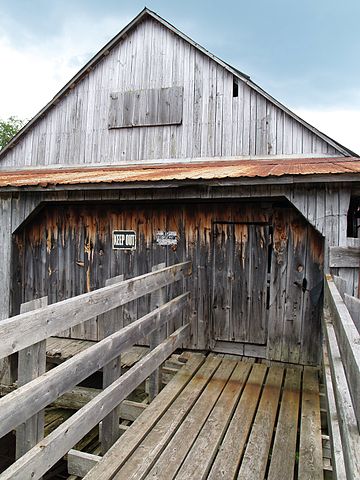 KEEP OUT sign at the entrance of Balaclava Mill – Author: Ddeyell – CC BY-SA 3.0

Nowadays, the township of Balaclava is considered a ghost town even though a few people still live there. Little of the old infrastructure remains, just a couple of houses, the rusty blacksmith shop, and the dam that once served the sawing mill.

Another Article From Us: Extraordinary Gem Left to Decay in the Mountains

The general store was sold in 2016, and the new owners converted it into a hunter’s camp.