Abandoned Airports & Airstrips From Around the World

Montréal International Airport — more commonly referred to simply as Mirabel — is the only item on this list to achieve Hollywood fame, serving as the main setting for the film The Terminal.

Originally built in 1975 to be a commercial airport, the site’s remote location eventually led to its closure. It eventually became a cargo airport and a manufacturing base for Bombardier Aerospace. The former passenger terminal has now been converted into a racecourse. A plan for the demolition of the terminal and the surrounding parking area was commissioned in 2014.

Floyd Bennett Field was the first municipal airport in New York and remained a major hub even when others were built in the area. Eventually, it was completely replaced by Newark Airport in New Jersey. After it was closed, it became a naval air station and today is a park.

The airport was named after the famous aviator Floyd Bennett, who lived in Brooklyn at the time of his death. Most of the airport’s original buildings remain standing but have now been converted into restaurants, souvenir stores, and vintage shops.

Kai Tak was officially known as the Hong Kong International Airport from 1954 until 6th July 1998, when it closed and replaced by the new Hong Kong International airport 30 kilometers to the west at Chek Lap Kok. This airfield was infamous among aviators as one of the most notorious airports in the world because of its dangerous surroundings.

High mountains, Hong Kong skyscrapers, and Victoria Harbour made landing and taking off very difficult. Although many plans have been put forward for ideas on ways to adapt the space, most of the Kai Tak area still remains abandoned.

Also known as Ciudad Real Central Airport and South Madrid Airport, this airport is located approximately 200 kilometers south of Madrid. It was Spain’s first international private airport, cost 1.1 billion euros to build, and ended up as a massive financial bust. It was closed after three years of operating when a budget airline withdrew its last route in 2011. After five years, the airport was sold for only 56.2 million euros to Ciudad Real International Airport and is still awaiting reopening. 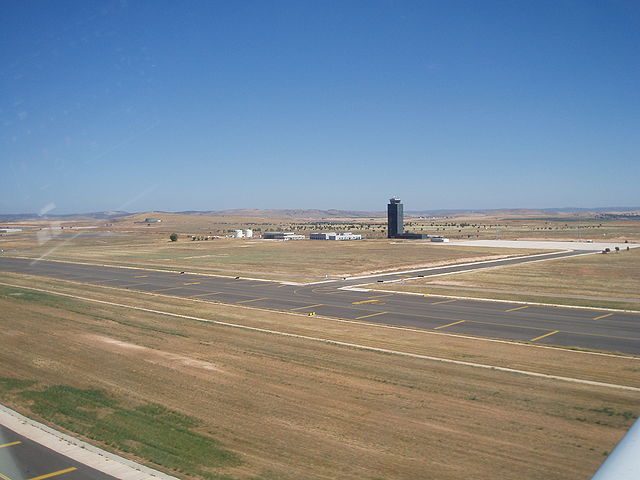 The US military built a particularly ambitious airstrip and military base on a small atoll in the middle of the Pacific Ocean. The base was quite small, contained an underground hospital, and housed around 400 people. The base was built in 1941 and the runway, as well as the island itself, was lengthened by 1800 meters in 1943.

Several times, this runway saved the lives of civilians as emergency landings had to be made by commercial airplanes flying across the Pacific. Since 2005, however, the airport has not been in use and the runway is not maintained.

« The Shipwreck Graveyard in the Middle of a Desert
Desertron: The Abandoned Particle Accelerator Under the Desert in Texas »