The silent, subterranean labyrinth beneath Naples

Naples is the capital of the Italian region Campania. It is one of the largest cities in the Mediterranean region and one of the oldest, continuously populated cities in the world. The origins of Naples can be traced back to the second millennium BC when Bronze Age Greek villages were built in the Naples area.

Naples has been consistently populated from those days and into the modern period. Over the centuries, many different civilizations have risen and fallen in the area. All of them added something to the city, contributing to its ancient and eclectic aura.

Naples has been attacked, conquered, and has witnessed revolutions, volcanic eruptions, and earthquakes over its long history. Each stone, monument, building, and relic in the city tells a part of its story, but legends can also be found hidden underneath the city. 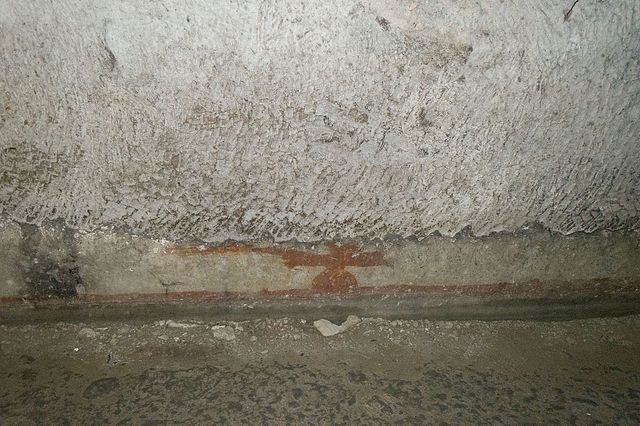 Mysterious mark on the wall of a tunnel beneath the city. Dominik Matus CC BY-SA 4.0 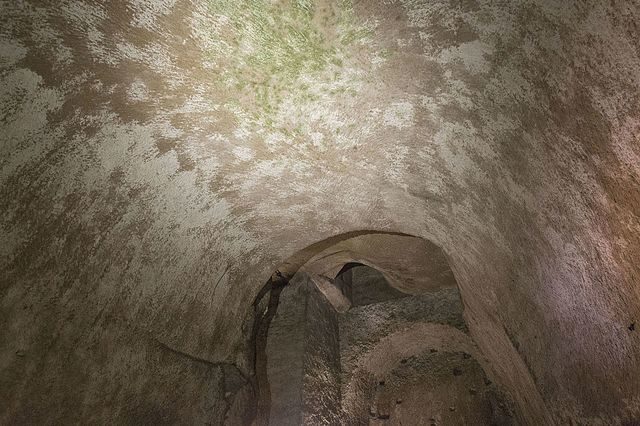 The tunnels were formed over the centuries. Dominik Matus CC BY-SA 4.0

Running beneath Naples and the surrounding area is an underground geothermal zone and a series of tunnels. This geothermal area is present mainly from Mount Vesuvius (under a wide area that includes Pompeii and Herculaneum) and from the volcanic area of Campi Flegrei (under Naples and over to Pozzuoli and the coastal Baia area). Mining and infrastructure projects over the ages have formed large caves and underground structures.

The world beneath Naples is a labyrinth of underground chambers, tunnels, channels, reservoirs, aqueducts, catacombs, Roman roads, ancient markets, WWII air-raid shelters, and even the remains of Nero’s “lost” theater. Some parts are remarkably well preserved. The oldest artifacts found during the excavation of this area date back to the end of the prehistoric era (about 5000 years ago). 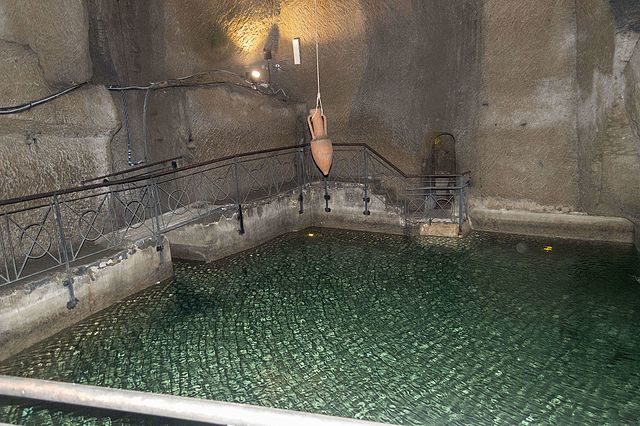 One of the water reservoirs Dominik Matus CC BY-SA 4.0

The whole region is rich in a type of rock called tuff, composed over millennia of compressed and compacted volcanic ash ejected during volcanic eruptions. Tuff is soft and workable and has been used as a building material since ancient times.

The Greeks first opened quarries to extract tuff in the 3rd century BC, using the stone to build the temples of Naples and the walls of their houses. Tuff was mined through entrances called Occhio di Monte, or the eye of the mountain. These underground holes were later used as tombs. 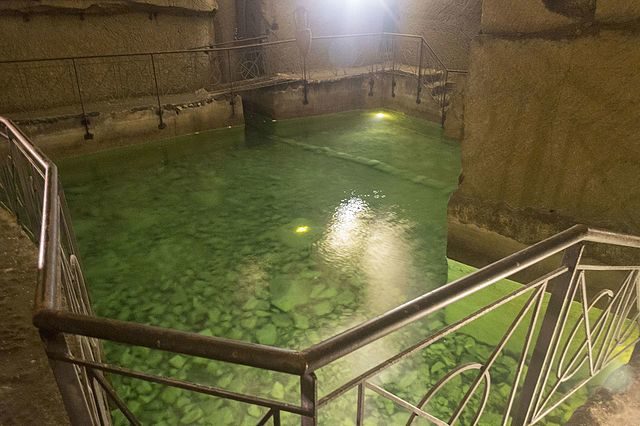 The Ancient Greeks also used the area’s caverns as water reservoirs, to which they built aqueducts to channel fresh water from the sources of the nearby region of Serino. Later, in Roman times, the network of underground aqueducts was developed in all directions. The aqueducts fed the fountains, villas, and palaces with water and well shafts were also dug out to give the people access to the reservoirs below.

The city, however, had grown so much by the early 16th century, that the old aqueducts and reservoirs could no longer provide enough water for the entire city, and so the wealthy aristocrat Cesare Carmignano built a new aqueduct. At the beginning of the 20th century, the old water system was abandoned and the city authorities built a modern system to provide water for its citizens. 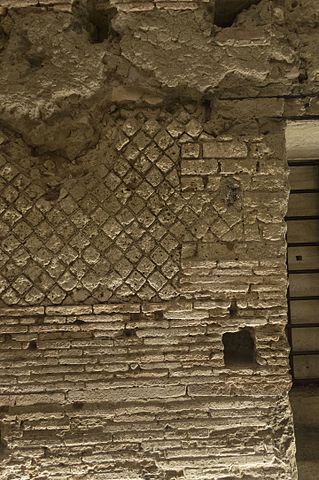 The citizens of Naples used the underground network as air raid shelters during World War II. In those days, many of the quarry shafts were extended and spiral stairways were added. 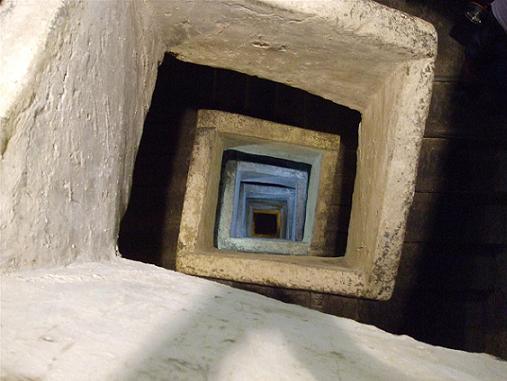 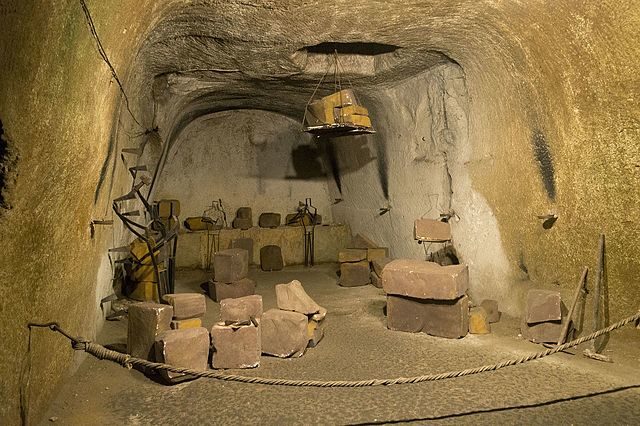 Reconstruction of an old tuff mine. Dominik Matus CC BY-SA 4.0

Today, there are organized tours of ancient underground Naples, and there is even a museum situated in a large quarry cavity beneath Piazza Cavour. There are exhibitions of artifacts discovered during excavations beneath the city and the remains of the ancient theater, where Emperor Nero performed his plays in Naples, can also be seen, including his private dressing room.