The search for lost legendary cities is a great quest that requires great preparation and perseverance.

Some explorers spend years deciphering old books and fading maps before undergoing such an expedition. Sometimes these efforts pay off with eternal glory, but in other cases their searches are fruitless. However, sometimes there is one person that happened to be in the right place at the right time. 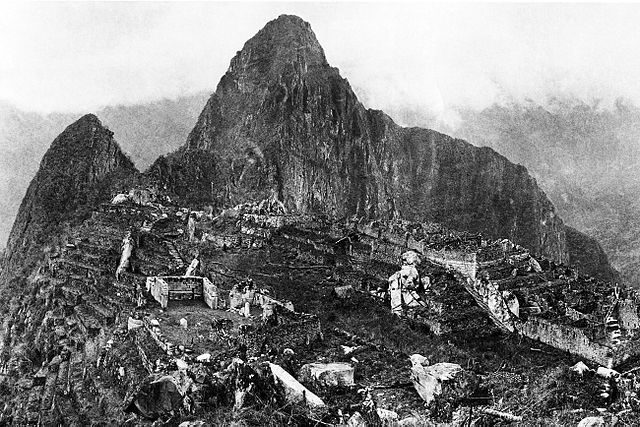 View of the city of Machu Picchu in 1912 showing the original ruins after major clearing and before modern reconstruction work began.

This Inca city was built very high up in the mountains of Cusco region of Peru. It was built around 1450 but abandoned at the time of the Spanish Conquest about a century later.

Although local people knew of its existence, they kept it hidden from the Spanish. Centuries later in 1911, American historian Hiram Bingham was in Peru searching for the lost city of Vilcabamba. He spoke to villagers asking for any ruins they might know.

Eventually, an eleven-year-old child named Pablito said he could show him a place on a mountain nearby. After a few hours walking, they were in front of the great estate of the Inca emperor Pachacuti.

Petra was built in southern Jordan around 300 BC. It was a great capital of the Arab Nabataeans who originally called the city Raqmu. It is sometimes referred to as the Rose City because of the color of the stone from which it is carved.

Being in a center of nomadic trade roads made it very popular and prosperous; it had a range of cultural influences on the architecture, which became a mix of styles incorporating elements of Greek, Egyptian, Mesopotamian, and Indian styles. Petra declined as trade over sea grew, as fewer merchants and travelers came to the city on their journeys. The city was completely abandoned after a devastating earthquake in 363 AD.

Petra remained unknown to the Western world until 1812, when Swiss explorer Johann Ludwig Burchartd rediscovered the site. Today, Petra is the most popular tourist attraction in Jordan with hundreds of thousands of tourists every year.

Several cities in the Roman Empire thrived on the coast near modern Naples. They were monuments to the dominance and sophistication of the Roman world. However, all that changed in AD 79 when Mount Vesuvius erupted in a violent explosion, burying all of the surrounding cities in volcanic ash.

The city of Pompeii was buried 20 feet under the new surface and forgotten until 1599 when workers digging an underground canal and discovered walls with carved inscriptions. The leading architect on the project dismissed them and ordered them to be reburied. It took another century for the real discovery of Pompeii.

Excavations began in 1784 and very soon it was clear that a great city lay beneath the ash. The site is so expansive that archaeologists were discovering new areas and artifacts until the late 20th century.

This huge city in Cambodia was built in the early 12th century by the Khmer King Suryavarman II to be his state temple and eventual mausoleum. The temple was dedicated to Vishnu, breaking the tradition of celebrating Shiva. It is the pinnacle of the high classical style of Khmer architecture.

It became known to the western world in the 16th century when a group of Portuguese missionary monks found it empty. One of them, António da Madalena, wrote this about the city: “Is of such extraordinary construction that it is not possible to describe it with a pen, particularly since it is like no other building in the world. It has towers and decoration and all the refinements which the human genius can conceive of.”

« The Palace of Knossos: The place where legends were born
Gobekli Tepe, Turkey: The oldest temple on Earth »