The mysterious necropolis of the Ossetian people

Dargavs is situated on the bank of the Giseldon River in Prigorodny District of the Republic of North Ossetia-Alania in southern Russia.

At one time the region was the administrative and cultural center of the Ossetian province of Tagaruria and center of the largest population in Eastern Ossetia. 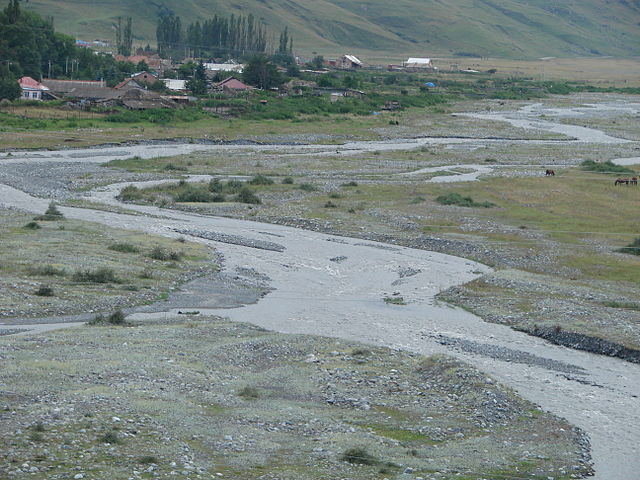 Outside Dargvas is located a large necropolis – the site is a mystical above-ground graveyard, known as “City of the dead”. It lies in the heart of a mountain valley which stretches 10.6 miles.

The site has 99 different tombs and crypts. People that lived in the valley from ancient times for unknown reasons buried their loved ones with their belongings and clothes. Some documents, scientists, and researchers claim that the oldest of the crypts were erected in the 12th century while others say that this site was built in the 14th century. At the back of the site, there is a tower, built to watch over the dead, but the roof of the tall structure is destroyed. 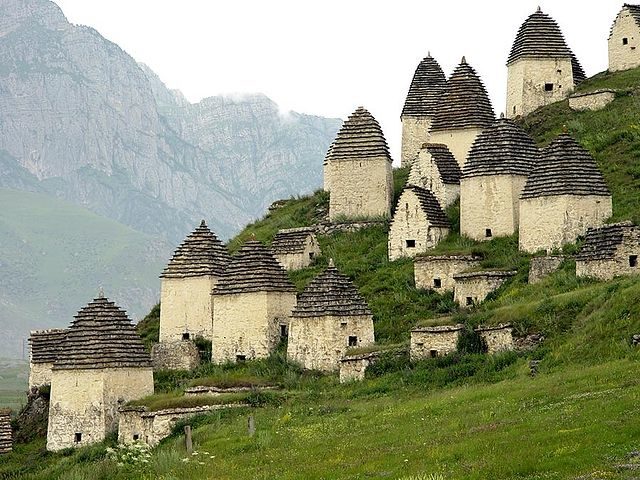 This is a very mysterious place surrounded by a lot of stories, myths, and legends. It was once believed that if anyone went to the place, they would never come back alive but the site has attracted numerous scientists and archaeologists.

The artifacts that they have so far found show how people lived hundreds of years ago and locals also say that the graveyard helps them to understand the everyday life of their ancestors. 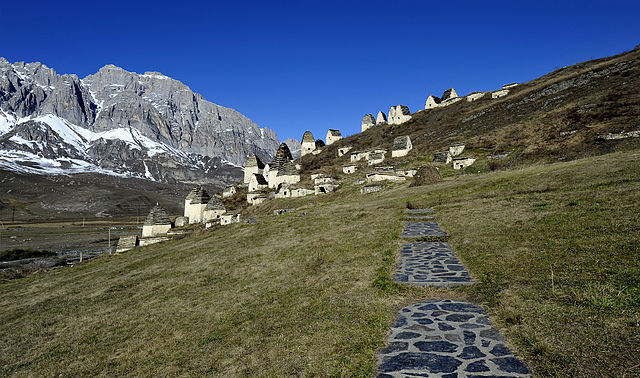 Some sources say that the tombs were built because of a plague that happened across the region. It was a slow and painful death and today the necropolis looks like a ruined medieval village and the crypts like houses.

But inside the “houses” were found only old skulls and bones – the remains of the dead.  Recently it was discovered that the bodies inside the crypts were buried in wooden structures that looked like boats and it was believed that the soul of the dead had to cross a river after dead, similar to the afterlife stories from Mesopotamia and Egypt. 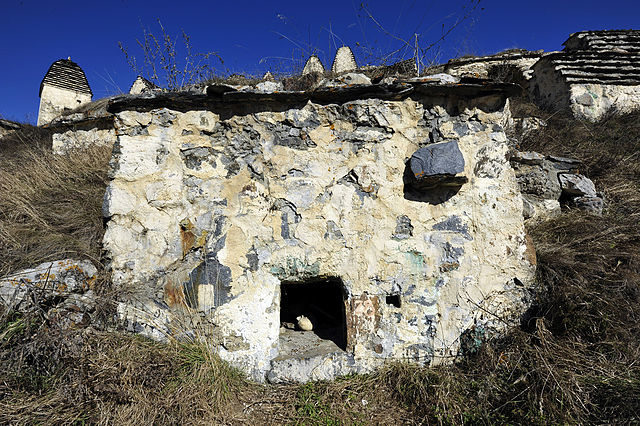 The crypts are white house-like structures built from stone. Typically for the local Nakh architecture, the structures are modeled like huts with curved roofs going inwards in steps. They have conical and pyramidal peaks at the top.

The plan of the crypts is similar to the necropolis in Itum-Kali, the tombs are placed on a hill or a mountainside. Maybe because that the fertile soil in this area is rare and priceless the people decided to build the graveyards and the crypts on hills, where the soil is useless. 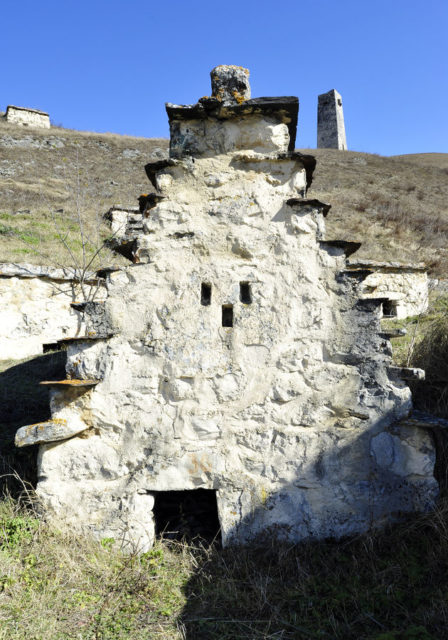 The bigger crypts are 2 to 4 stores high and the smaller crypts have flat roofs and there are even crypts without a roof.  Some crypts have chambers beneath the surface of the ground. Others have two, three or four floors depending of how many family generations were buried there.

The people who hadn’t had any living family members to bury them went to the “City of dead”. There were also simple tombs that were used for people outside their community or for those who hadn’t had families. 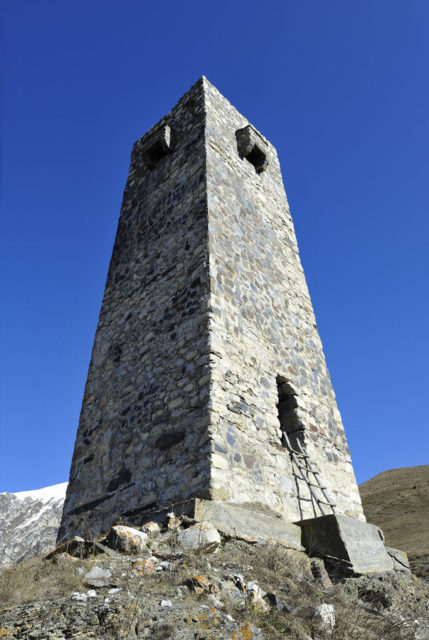 Many coins were found on the ground near the site. In fact, when Ossetians buried their dead, they dropped a coin in the well. If the coin hit a stone at the bottom of the well, it was considered a good sign and meant that the soul of the dead would end in heaven. 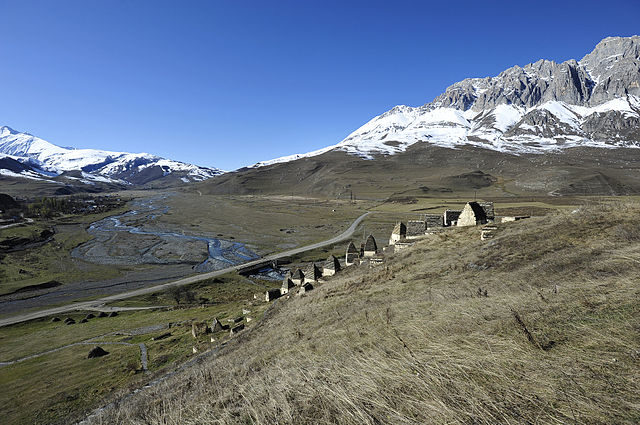 Dargavs is located in remote area and the site hasn’t become a popular tourist attraction. But despite that, there are tourists that visit the place and it is expected that the tourist numbers will only increase.

« Hvalsey Church in Greenland: One of the buildings still recognizable of a classic Greenland Norse farmstead
The abandoned Miami Marine Stadium where powerboat racing was born »