Strange reasons why all these places became abandoned & derelict

There are a lot of ghost towns around the world, and each seems to have an equally interesting story behind it.

Potosí is a ghost town located in west Venezuela. In 1985, the Venezuelan government deliberately flooded the town to build a hydroelectric dam. In 2010, because of the prolonged period of abnormally low rainfall, caused by the weather phenomenon El Niño, the town was uncovered for the first time since its flooding.

The church, the tombstones, the ruins of houses and the outline of the former town square have appeared, with the church entirely revealed, although only its facade remains. The church tower (26 meters tall) was once used as high-water mark for the reservoir.

Before the flooding, Potosí had nearly 1200 citizens. They were relocated to a region not far from Potosí and throughout Venezuela. 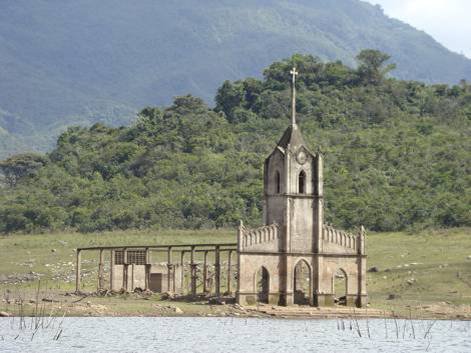 The most famous ghost town in Spain is the town of Belchite, in the province of Zaragoza. Belchite was ruined in the summer of 1937, during a battle in the Spanish Civil War, between the loyalist Republicans and General Franco’s Nationalists forces.
The abandoned town of Belchite, has remained untouched for nearly 80 years as a monument to the battle that destroyed it. The ruins of the town are open to the public and tourists can visit the bullet scared buildings, some of which date back to the late 18 century, like the San Martin de Tours church and the Convent of San Rafael, which arches and columns are still standing.

The remains of the town have been used as filming locations. Terry Gilliam’s 1988 film The adventures of Baron Munchausen and Guillermo Del Toro’s Pan’s Labyrinth were filmed in Belchite. 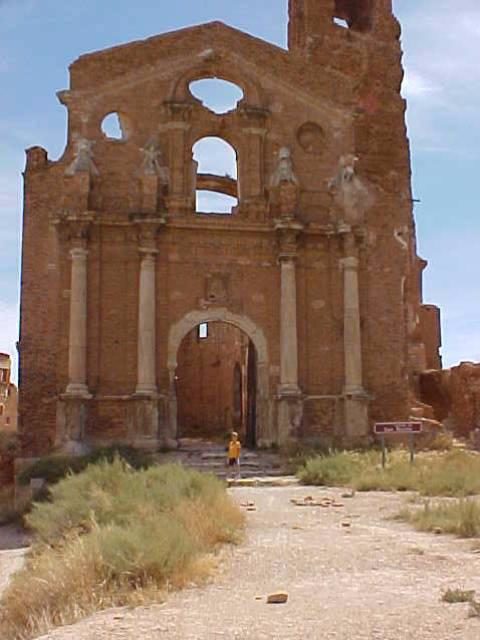 Belchite: ruins of the old town. Willtron CC BY 3.0

The old village of Balestrino (Province of Savona, in the region of Liguria) was home of cattlemen and farmers, but now it is uninhabited and in ruins.

In the year 1887 an earthquake of magnitude 6.7 was the cause of the abandonment of some of the inhabitants, while the rest stayed reconstructing their houses. The village had serious stability problems, caused by landslides.

In the year 1953 the last inhabitants left and from that moment the old village was abandoned and today is in an advanced state of disrepair and has acquired the charm of a ghost town. In 1962-1963 it was rebuilt slightly farther downstream.

The old village of Balestrino also includes the Castle of Del Carretto.

In 2013, the old village was closed for the public, because of danger of collapse and incidents of crime, which took place inside. Some scenes of the movie Inkheart were filmed in 2008. In 2015 was started the reconstruction of the village. 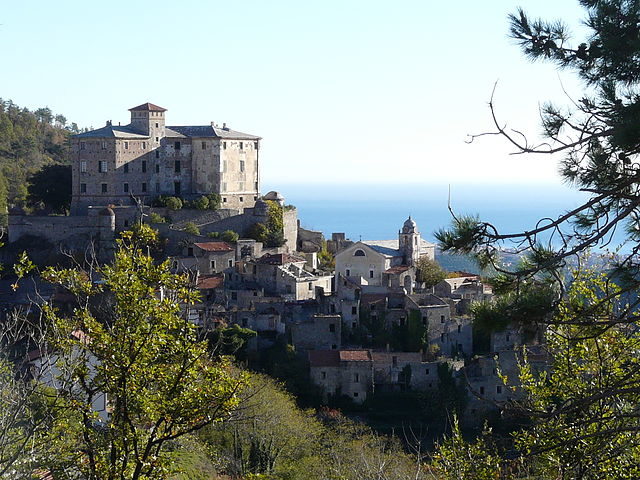 View of the old village of Balestrino. Davide Papalini CC BY 3.0

Villa Epecuén was a tourist village located in the Province of Buenos Aires, Argentina. Currently abandoned, its ruins are located on the eastern shore of Lake Epecuén, about 7 kilometers north of the town Carhué.

Built in the early 1920s, Villa Epecuén was developed in a short time thanks to the therapeutic properties of the salt waters of the Lake Epecuén and its proximity to the capital of Argentina, where holidaymakers could easily get there by train.

In the heyday, between 1950 and 1970 it is estimated that in the season from November to March Villa Epecuén was visited by 25,000 visitors. This allowed the establishment of 280 activities, including shops and luxury hotels and trendy clubs. The number of permanent residents was 1500. 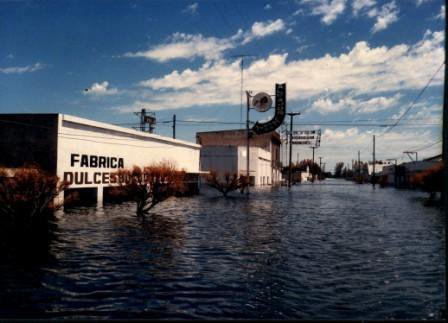 Then, in November 1985, it started to rain. Water levels rose dangerously. This caused the destruction of the dam that was constructed in 1978 to protect the town. The tide of the water proved unstoppable. Fortunately the water level rose gradually, allowing residents and vacationers to escape, no one died. Two weeks later it was three meters deep.

Already the following year, the level of the lake had risen by four meters, thus reaching highest point in 1993, when arrived at 10 meters above the previous level. From that moment the waters began to recede. So, in 2009 the town of Epecuén surfaced, showing the ruins of what was once an important seaside town.

Today, tourists can visit Villa Epecuén and see the monumental slaughterhouse created by the famous Argentine architect Francisco Salamone or go to the Epecuén Museum, housed in what was once the train station.

The Bokor Hill Station is a ghost town abandoned for some time, built by the French in 1921 on Damrei Mountains, southern Cambodia. The town was built as a holiday resort for the French colonial elite. The main point of attraction was the majestic Bokor Palace Hotel, with a casino attached. There were also shops, a post office, a catholic church and royal apartments. 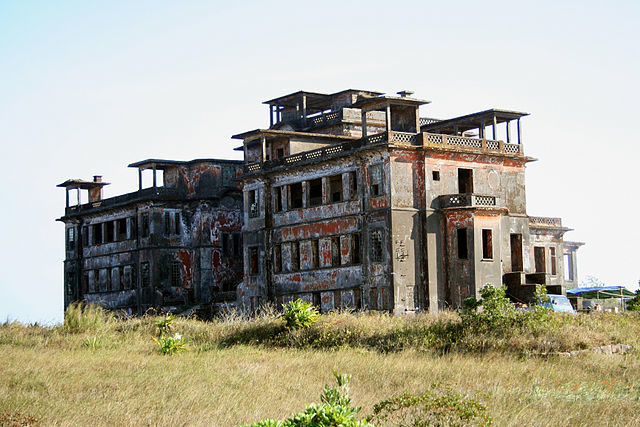 Lacking any long maintenance, the buildings are still standing, albeit in very poor condition, often shrouded in mist. The only permanently inhabited buildings are a garrison of the guardians of Bokor National Park and a tiny Buddhist temple. Nearby there is also a waterfall which tends to dry out during the dry season and to be in full during the rainy season. Along the way, about 10 km upstream of the station, there is the so-called Black Palace, a small summer palace of King Sihanouk abandoned for decades.