The Fabric Synagogue has been a prayer house for Jews for over 100 years. The history of this place began in the 17th century when 144 members of the Jewish community were living in Timisoara.

During Islamic rule over the land, there were restrictions on the creation of synagogues. The Habsburgs defeated the Ottomans in the early 18th century, and Jewish communities began to revive in Timisoara. However, they still lacked the ability and resources to create places of worship.

The Habsburgs allowed Jewish communities to practice their religion in buildings throughout the city. In Timisoara, the Jewish community began to use a rented house for worship. Over time, the city administration demolished it, and today there is a courthouse on that site.

The synagogue project was designed by Hungarian architect Lipot Baumhorn. The design was a square building in non-Moorish style with numerous towers and domes, eight rosettes, and deep semicircular arches. The organ with which the synagogue is endowed was made in the workshop of Leopold Wegenshtein.

A local developer, Jozer Kremmer, built the synagogue from 1895 to 1899 with elements typical of the Italian neo-renaissance style. It was opened on September 3, 1899, with a solemn ceremony.

The synagogue is also known as the New Fabric Synagogue since it was built on the site of a previous synagogue. The society wanted to create a modern place of worship of a larger size than the previous one.

The construction of the building was mainly paid for by funds and donations from members of the 19th-century Jewish community. A lottery was held where many businessmen donated large sums.

Amalia Freund and Bernát Deutsch donated the land on which the synagogue was built. A memorial plaque was installed in their honor in 1902.

The Fabric Synagogue continued to serve the Jewish people until World War II began. The Jewish population of Timisoara in the 18th century reached 13,000, but after World War II, this number dropped significantly to several hundred, since the majority of Jews fled to Israel. 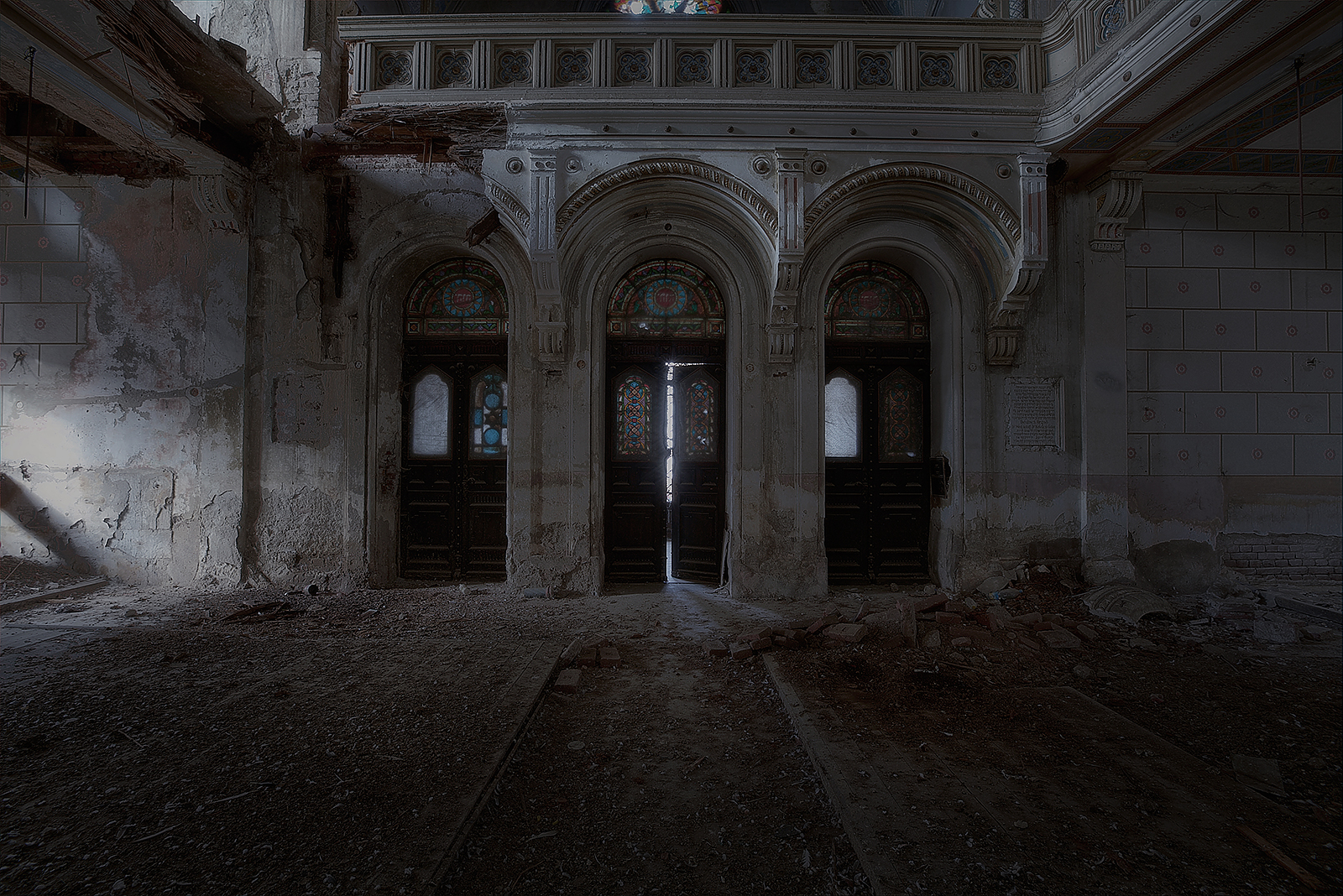 The synagogue was closed in 1985 because the Jews who remained in Timisoara did not have the resources and opportunities to keep it open. Cases of robbery had increased in this area, with thieves taking everything from furniture to scriptures.

Initially, the neo-Moorish style meant that the building was one of the most impressive in the city. However, since the Fabric Synagogue is not used, it has fallen into an abandoned state.

Due to the excellent acoustics of the synagogue, it was recently decided to turn it into a theater. In 2009, the Jewish community decided to lease the building to the National Theater as a theater hall for 35 years.

The signed contract stated that the theater troupe had no right to conduct performances that insulted Judaism or were obscene in general. There was also an agreement to repair the building within seven years of the date of signature.

After signing the contract, the National Theater conducted a full analysis of the extent of damage to the building. Its condition was recognized as being extremely poor.

The results of the analysis showed that the walls, internal wooden structures, and some parts of the roof were badly damaged. A large amount of graffiti and several broken stained glass windows were also discovered.

The National Theater completed initial hygiene work, including roof repairs, by 2010. After that, the restoration of the synagogue ceased. Since 2011, the Ministry of Culture has taken over responsibility for transforming the interior of the synagogue into a theater.

To implement the project, a certain amount of money was initially allocated, but from 2011 to 2017, the management changed ten times, and the money for repairs ended up being lost.

Big thank you to Cristian Lipovan. You should check his profiles for more stunning photos:

Another Article From Us: Abandoned Army Base In The Woods