Three Cities – Once Great & Vivid Have Now Sunk into Decay

“The form of a city changes faster, alas, than the human heart.”

Charles Baudelaire’s thoughtful words capture the sad essence of each rise and fall of a city. As human settlements, cities have times of growth and splendor but also of decline and ruin. When these trajectories are swift, they are often extremely dramatic.

When cities are flourishing, they speak colorful stories about opportunity and infinite possibilities. However, when they begin to deteriorate, sometimes all that is left is a historical record of once thriving communities and the sad reasons behind their demise.

In contrast to the rapid growth of some cities, such as the rise in recent years of Singapore and Seoul, this article will give some examples of both ancient and modern cities that have now declined into ruin. 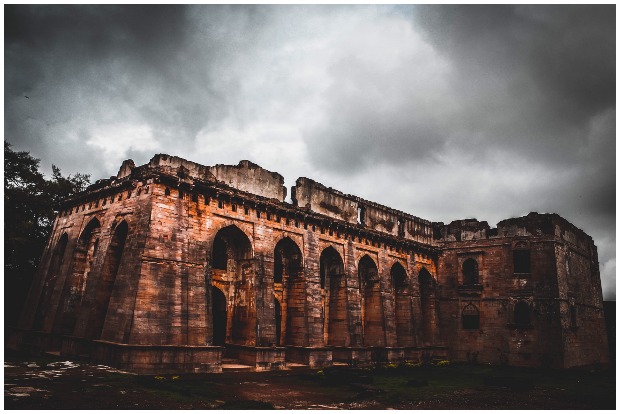 This former great city and stronghold was built on a bed of rock located in the Vindhya Mountains in India, south of Indore in the western region of Madhya Pradesh.

Due to its strategic position and natural defenses, Mandu was once the bustling capital of the Muslim state in northern India. 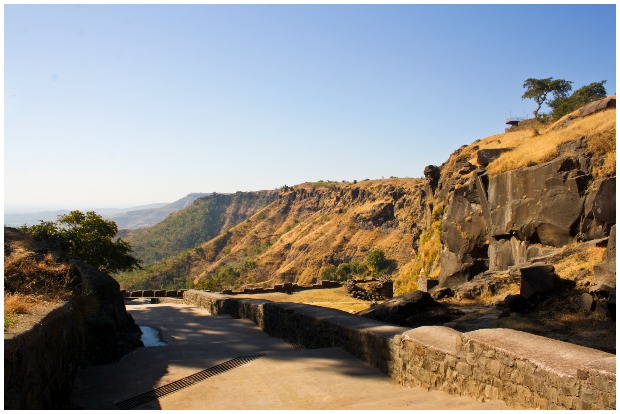 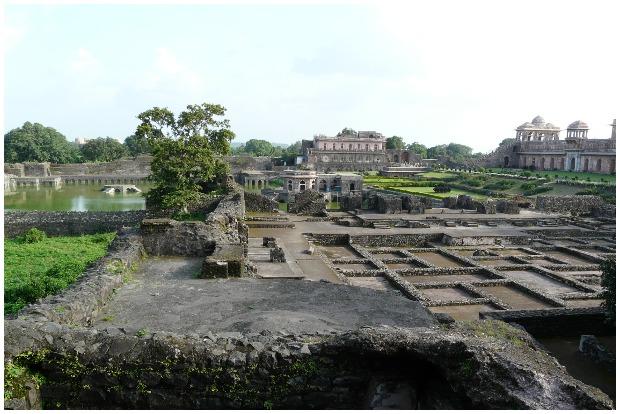 Looking over the palace ruins towards Kapur Talao. Varun Shiv Kapur CC BY 2.0 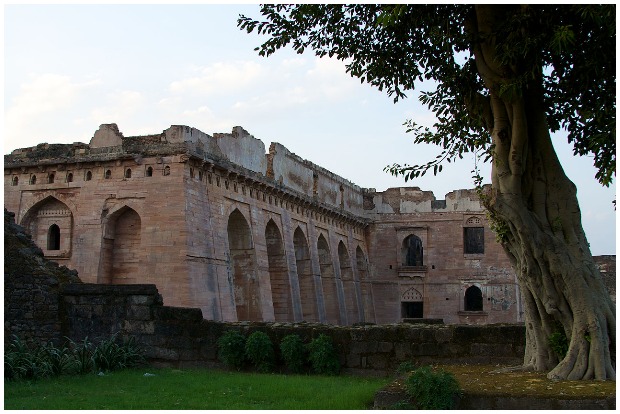 The distinctive sloping walls of the Hindola-Mahal (Swinging Palace). McKay Savage CC BY 2.0

Mandu has now been abandoned for almost 400 years and lies mostly in ruins. However, this formerly flourishing town from the 6th century, surrounded by a 37 km long fortification with 12 entrance gates, still retains some monuments of its former glory, serving as a part-time home for Hindu tribes and an exotic tourist attraction. 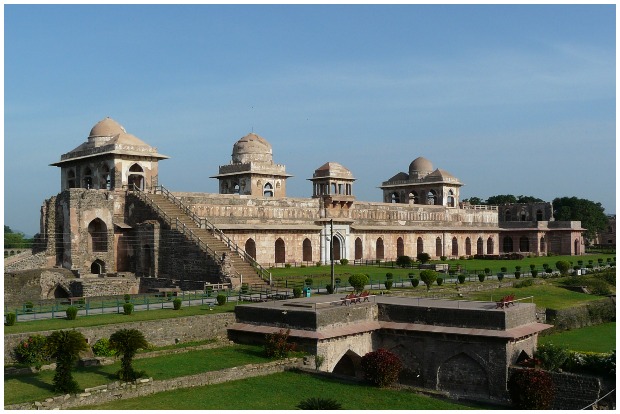 The courtyard of the Jami Masjid. Pavel Suprun CC BY 3.0

Hindola Mahal literally means a “Swinging Palace” a name given to its peculiar sloping sidewalls. The plan of the building is ‘T’ shaped, with a main hall and transverse projection to the northern side. The massive vaulted roof of the hall has disappeared though the row of lofty arches, which once supported it, is still intact. This large audience hall is dated to 15th century AD. Muk.khan CC BY 3.0 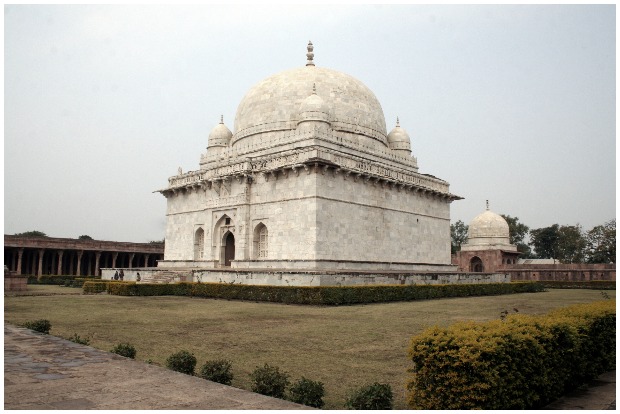 Hoshang Shaha’s Tomb Originally known as Alp Khan, he had taken the title of Hoshang Shah or Hushang Shah Gori, when he was crowned the second King of Malwa. Muk.khan CC BY 3.0 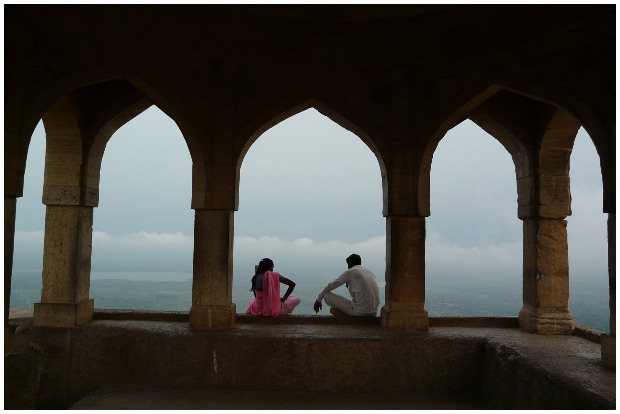 Rupmati’s Pavilion – Looking down onto the plains and Narmada river. Varun Shiv Kapur CC BY 2.0 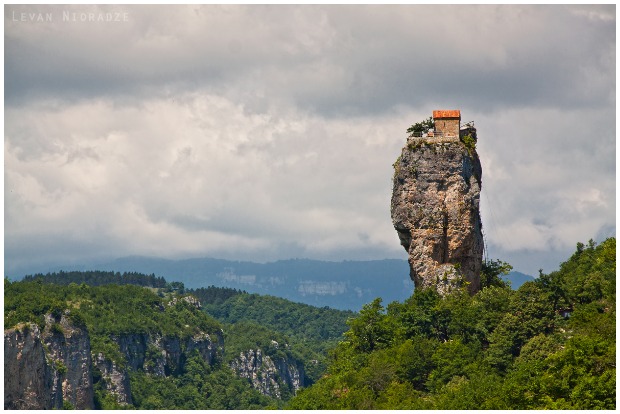 Deep in the mountains of west Georgia rests Chiatura, a hidden and now almost forgotten mining town. It’s a city built on an old Bolshevik stronghold for the specific purpose of exploiting the large amounts of manganese oxide discovered accidentally at the turn of the 20th century.

Due to the steep sided river valley and the high mountain slopes, this proved to be rather difficult. In 1954, Georgia was annexed by the USSR; after 50 years of failed attempts to build a proper transportation system for the workers in the City, the Soviets decided that the right way was by air. 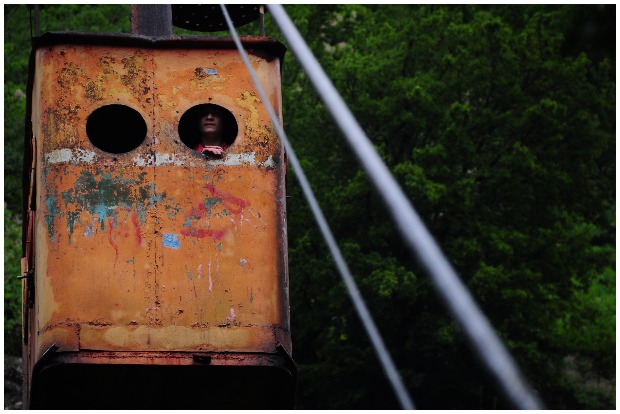 One of the notorious cable cars of Chiatura. Present day, still in use.  Panegyrics CC BY 2.0 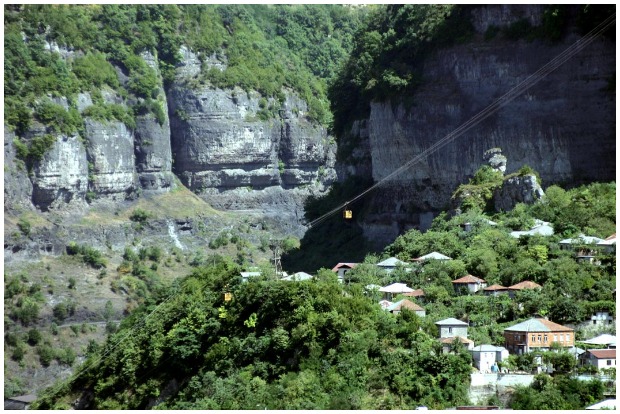 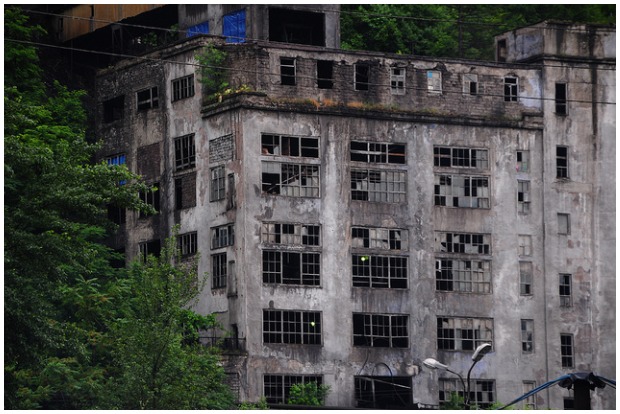 With this, the problem of transport and exploitation of the local resources went ahead. Additionally, production advanced and the city became a beautiful city with a lively economy.

Regrettably, the demand for the minerals slowed as the building of armaments was reduced. As a result, the need for workers dropped correspondingly. Those who lost their jobs left the city, looking for better life elsewhere.

Today, there are still 17 fully operational cable cars operating in the valley, a reminder of how cities can deteriorate even faster than they rise. 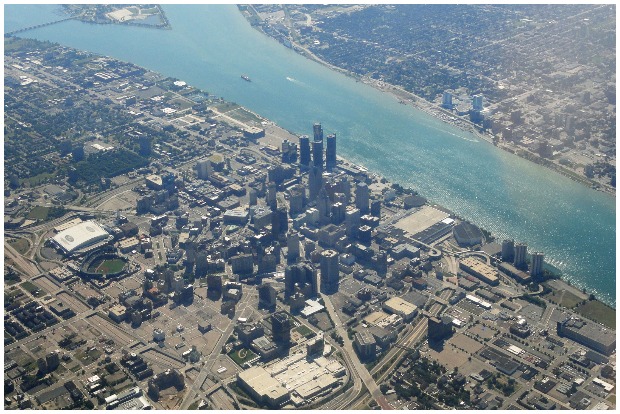 With the expansion of the American automobile industry in the early 20th century, Detroit area emerged as a significant metropolitan region within the US. At one point, the city was the fourth largest in the country.

However, deindustrialization, hastened economic restructuring, and depopulation at the end of the same century–the city lost 40% of its population–made Detroit into the ruined city it is nowadays.

Many of the metropolitan and domestic buildings are totally abandoned. Under these conditions, unemployment and crime are thriving. This atmosphere has further alienated residents and left whole neighborhoods deserted. 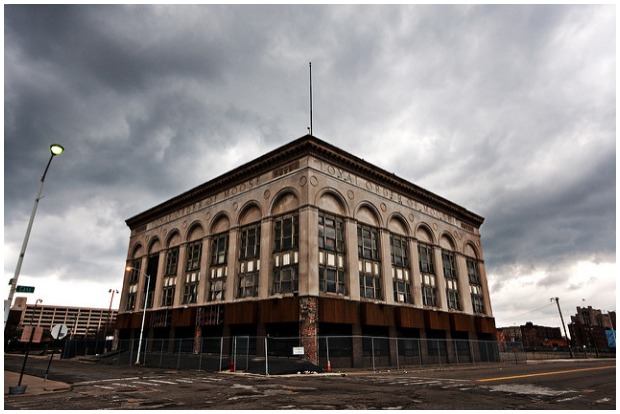 Loyal Order of Moose building in downtown Detroit, Michigan. Completely abandoned along with the whole neighborhood. Rick Harris CC BY 2.0

At one point, Detroit was the heart of the American automobile industry and an influential music center, but in just a few decades has become a site of urban decay and deterioration. The saddest part is that the rapid growth of the city brought along numerous architectural developments, imposing factories, and historic monuments that are now decaying in neglect.

Landmarks and signature buildings like the Michigan Train Station, St. Agnes Catholic Church, the Packard Factory, the Lee Plaza Hotel and many more that have stood vacant for decades are now icons of decline for Detroit. 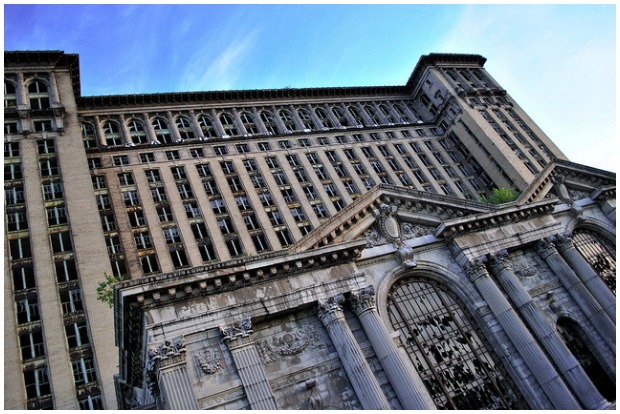 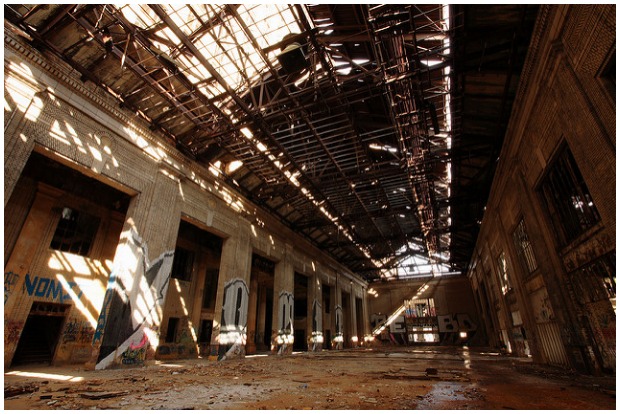 A dystopian scene inside halls of Michigan Train Station. Ray Dumas CC BY 2.0 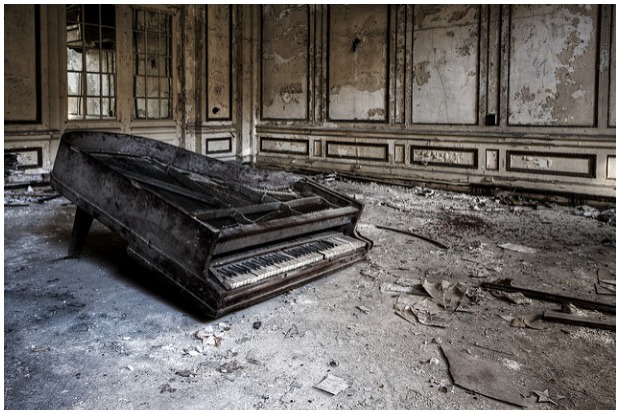 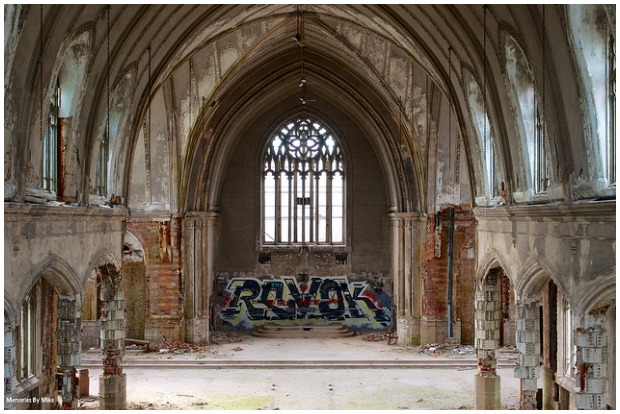 St. Agnes Catholic Church is one of the most well-known abandoned churches in Detroit. It was built in 1921 and abandoned in 2006. Mike Boening CC BY 2.0 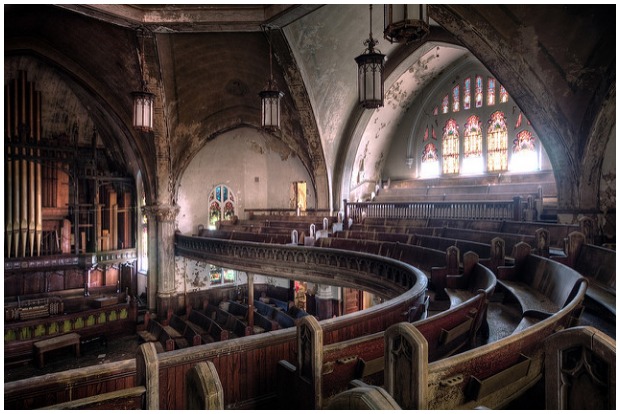 The Woodward Avenue Presbyterian Church in Detroit, Michigan. Built in 1911 in the Gothic revival style, it is now abandoned and has fallen into disrepair. However, the structure still stands. Rick Harris CC BY 2.0

Although they may lie ruined and desolated in many parts, an actual death of the city is unlikely to occur. Even though cities can decline, that doesn’t necessarily mean they’re dead.  As a socio-technical systems, they are capable of becoming smaller and fragmented and still function on well.

As an illustration, several initiatives have been taken by Detroit’s citizens and new inhabitants to improve the image of the city by renovating and revitalizing neighborhoods in the last couple of years.

Therefore, in contrast to Mandu in India that now lies completely in ruins, Detroit might still make a comeback.