Phantom Ship: The world is filled with mysteries – to say nothing of the Universe. Some are primordial, others are ancient, and some are fairly recent. From myths and ancient creatures to missing persons and even whole airplanes, such as the Malaysia Airlines Flight 370, the list of the Earth’s mysteries is fairly long. 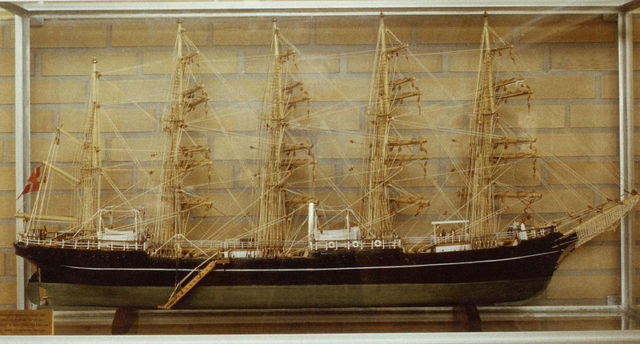 Instead of air, our story takes place in a different environment: at sea. It also includes a gorgeous five-masted barque whose last message was “All is well.” The mystery of the København goes back to the 1920s and begins in the shipbuilding yards of Ramage & Ferguson, in Scotland. 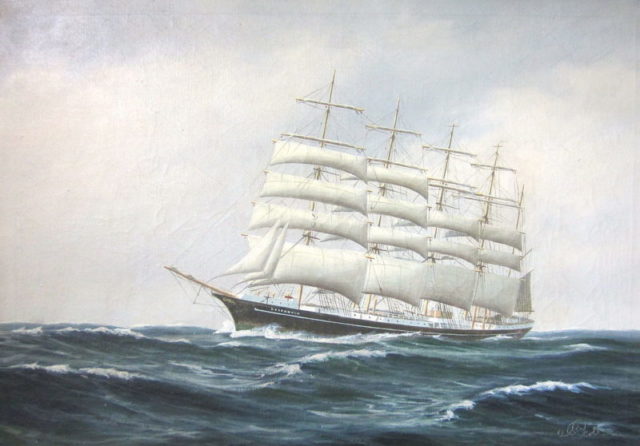 The building of København took eight years, from 1913 to 1921. Once finished, the owners, the East Asiatic Company were proud to have the “Big Dane” as part of their mercantile fleet. 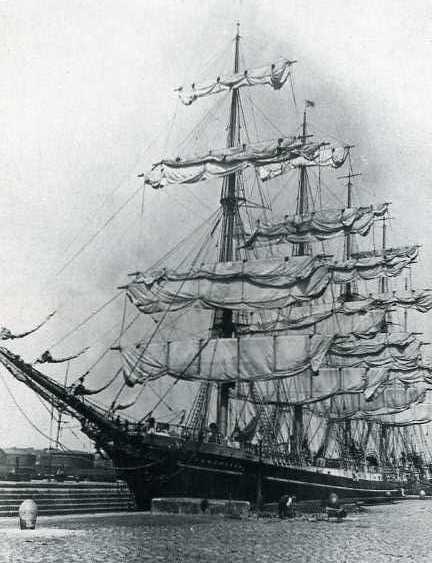 There was quite a reason for them to be proud, as København was at that point in history the largest ship the world had witnessed. It measured 430 feet in length and had sails that could easily cover a surface area of 56,000 square feet.

Size wasn’t the only characteristic that made this ship very different from the rest. There was another secret that København had in store: tucked neatly below deck was a massive 650-horsepower engine. 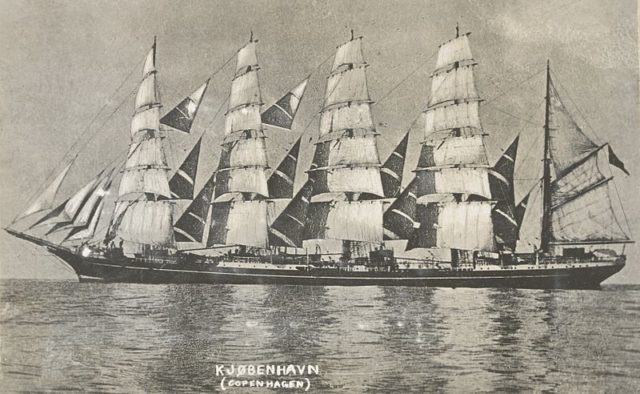 For years, København traveled throughout the world, mainly used for training young people who hoped to become captains. Given its size, the ship also transported cargo whenever necessary.

From its maiden voyage until 1928, København managed to complete nine full voyages and even circumnavigated the globe twice. All was well. 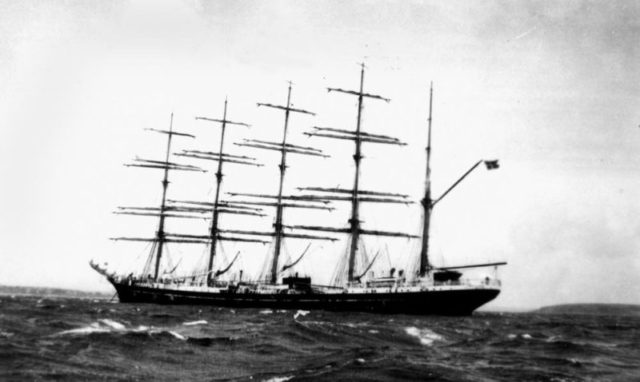 On September 21, 1928, the ship was ready for yet another voyage. Nobody on board suspected that this would be its last. The journey began from the city of Nørresundby in Denmark, and Buenos Aries was the final destination.

There were 75 people on board, 45 of whom were young cadets. The mission was simple and straightforward: unload in Buenos Aries, reload, then journey to Australia, unload, reload, and head back to Europe. Only, as it turned out, it wasn’t so simple. 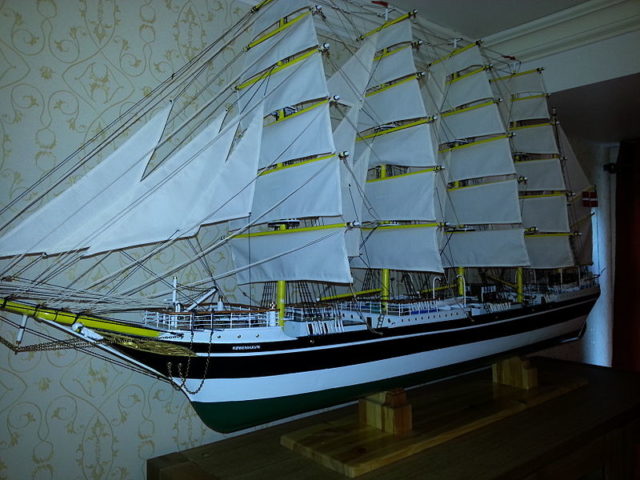 On November 17, 1928, the ship was docked at Buenos Aires and remained there for almost a full month. On December 14th, the skipper gave the order and København was back on track. According to Captain Andersen’s mathematics, it should take them around 45 days to reach the shores of Australia. 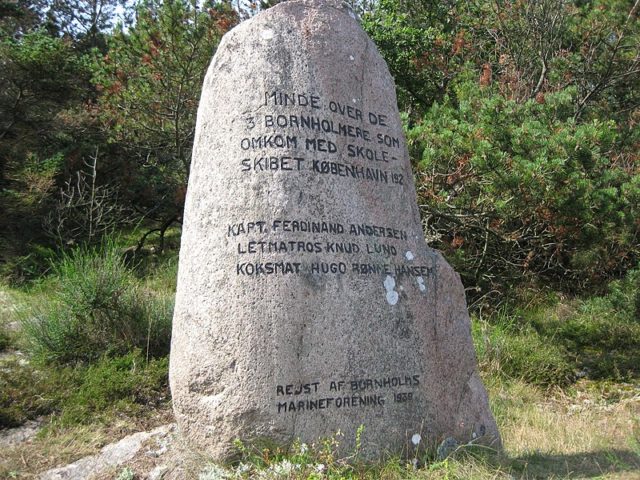 Eight days into the voyage, the skipper sent out a message to a Norwegian steamer William Blumer saying “All is well.” The Norwegian vessel tried contacting København once more, and at that point, everybody knew that nothing was well. København was never heard from again.

December 22nd is the official date this five-masted barque apparently disappeared without a trace. On January 21, 1929, it was reported that a five-masted ship was spotted but that one of its masts was broken. 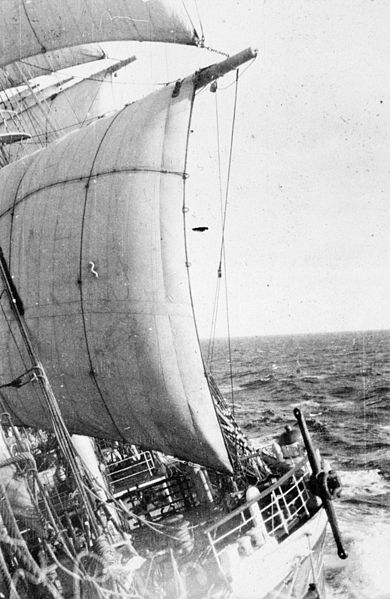 København with the sails down

A search party was sent out, but nobody ever found anything of the world’s largest ship. København fell into maritime lore as a ghost ship, and theories about what happened to it started to abound. Sightings were reported from over the world. Fishermen reported spotting a five-masted barque that fit the description of København. Some even claimed to have sighted it from the Peruvian coast. 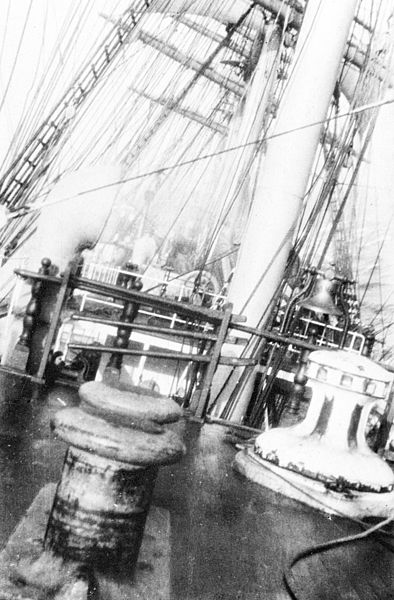 What really happened is a mystery to this very day. Some claim that the Phantom Ship might have suffered the tragedy of Titanic and hit an iceberg that led it sinking so fast, the crew didn’t have time to react. København continues to live on in stories and myths as its fate remains unknown.