For a long time, many people didn’t know is that there was an abandoned cinema at the southern tip of the Sinai Peninsula.

This open-air venue was never able to accomplish its purpose, and for several years, 700 sand-covered chairs remained in the open air, still waiting for their spectators.

It must have been surreal to come across this abandoned place in the middle of the Egyptian desert. This unique cinema was built by the Frenchman Diynn Eadel in the late 1990s. He called it The Seventh Art Cinema, but after its abandonment, this place became known as The End of World Cinema. 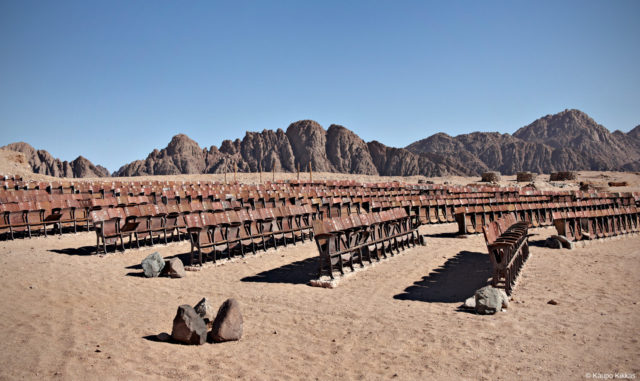 During one of Idel’s trips to the Sinai Peninsula in the 1990s, the Frenchman decided it would be the perfect place to build an open-air cinema. He then returned to France in search of investors. A flyer from the time has his stated aim being “to prove that tourism is not necessarily a destructive element and that the Great Theater of Nature can reconcile us with the elements.”

Idel’s concept involved a special screen, suitable furnishings, and about 700 wooden seats. Projection equipment was bought from a cinema in Cairo. Everything went according to plan – up until the opening night, that is, which took place on October 6, 2000. 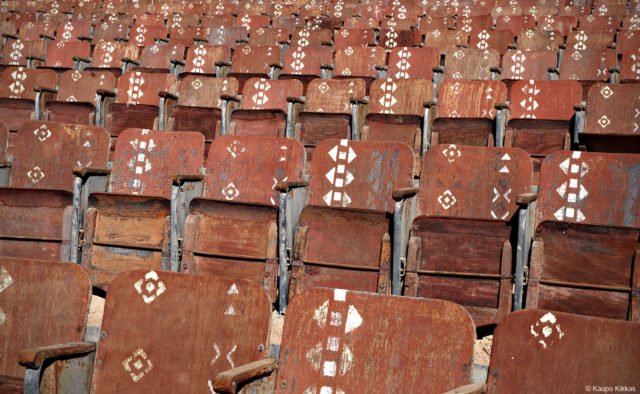 The planned movie for that night was to be Jurassic Park, but the mountains were not fated to resonate with the roars of the mighty T-Rex. Instead, during the grand opening, the electric generator began to malfunction, resulting in a power cut. Without any power for the projector, the premiere was canceled, and no further showings ever took place.

There are rumors that the malfunction was down to the local authorities who didn’t support the idea of an open-air desert cinema, or possibly the machinations of a rival businessman. No one knows for sure. 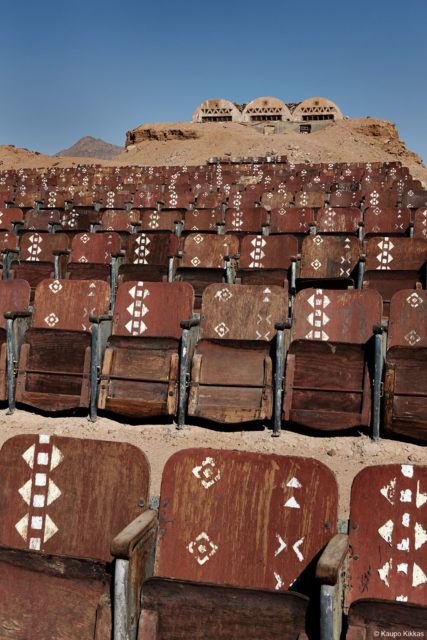 The cinema remained largely forgotten until 2014 when Kaupo Kikkas published the very photos contained in this article. These pictures instantly went viral, and a Facebook page was set up in the hopes that this outdoor cinema might be revived and finally fulfill its purpose.

Sadly, only a few months later, an urban explorer visited this hidden gem to find that the seats had been completely leveled. The wooden parts of the seats were still there, scattered across the ground, but the metal fittings holding them together were missing, presumably scavenging for their scrap metal value.

In April 2018, the local authorities closed the area to tourists. Now, all that remains of this secret, abandoned place are photographs.

The pictures of this amazing hidden cinema were taken by a photographer of Estonian music and fine art called Kaupo Kikkas. He has been a photographer for twelve years. Kaupo has a variety of personal projects which you can find on his website and Facebook page.

His collections include a study of graveyards, a portrait series of shale miners, and these images of a lost cinema in the Egyptian desert. His projects have received wide exposure in the international media. A big thank you to Kaupo Kikkas for allowing us to share his photos with our readers. 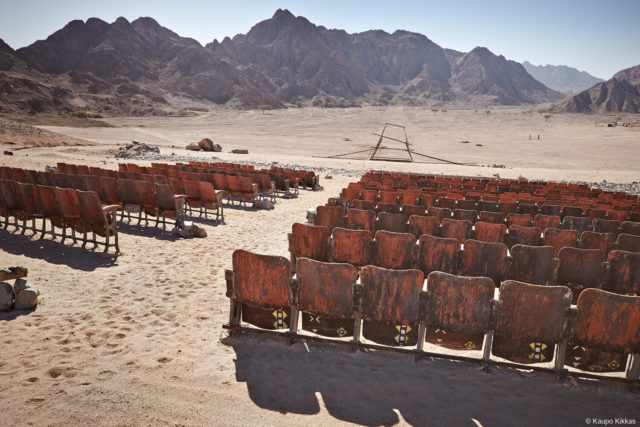 Another Article From Us: Forgotten Milovice Czechoslovakian & Soviet Air Base 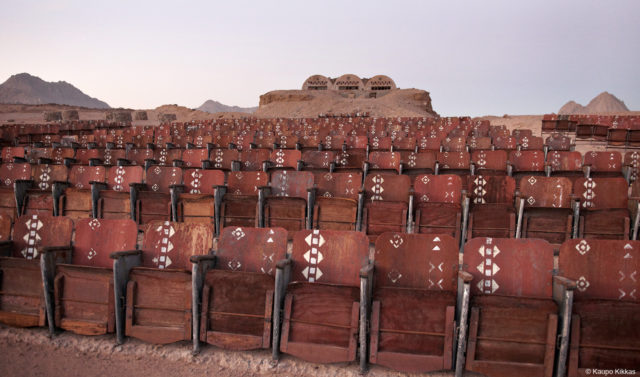