It was built under the watchful eye of the remarkable Boston architect Nathaniel Jeremiah Bradlee. 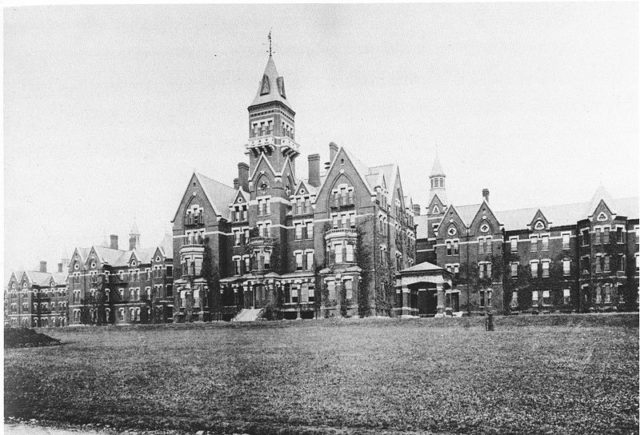 The location that was chosen by Nathaniel, was an idyllic hilltop in rural Massachusetts. Once done the hospital spread over some two square kilometres of land. It was completely built following the strict system of mental asylum design named Kirkbride Plan. 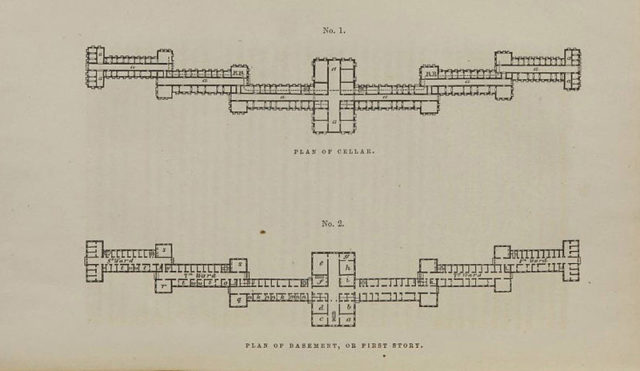 An example of Kirkbride Plan.

The hospital was done and ready to admit its first patient in 1878. The man in charge of the hospital (the superintendent) was the prominent doctor named Dr Calvin S. May, a man worthy to lead the hospital, caring with him years of experience, the most recent being the one from the Connecticut Hospital for the Insane. 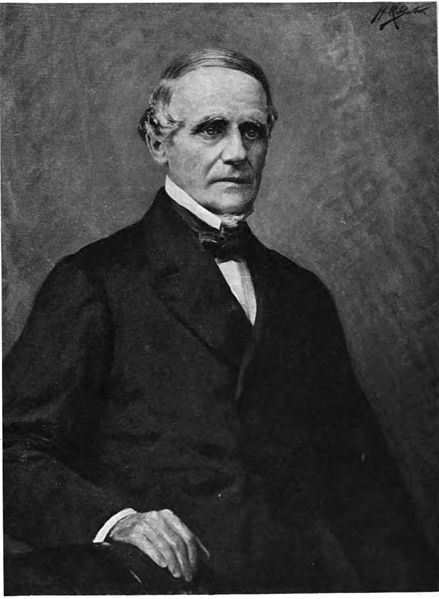 The initial purpose of this hospital was as one might expect to provide the mentally ill with healthcare and a place to stay, offering 24 hours of constant care. But among the normal services, The Danvers State Hospital had to offer there was also a training program established in 1889 and intended for the young girls that have decided to become a nurse. 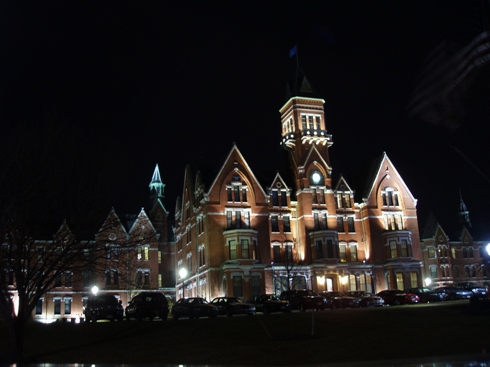 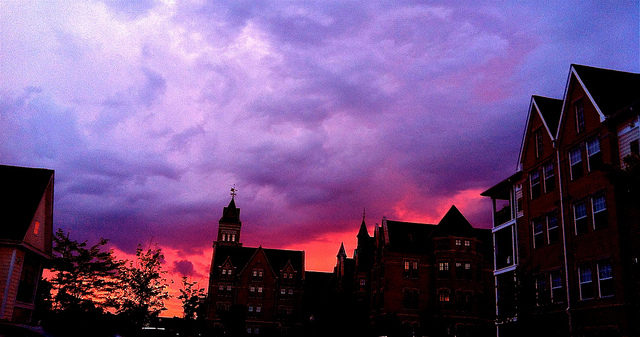 The purple sky above Danvers. Author:MariaElena1969 CC BY 2.0

After just six years in 1895, the hospital management decided that it was time for yet another upgrade and so a pathological research laboratory was added to the arsenal of services the hospital had to offer. By the time the 1920s climbed up the calendar, the Danvers Lunatic Asylum was already on its way running school clinics as an efficient way of discovering any form of mental deficiency found among young children. 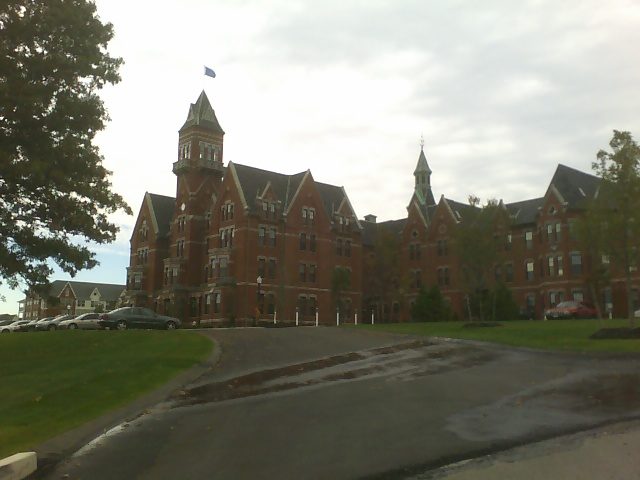 But soon the curse that it seems to be following many of the Kirkbride asylums had finally caught up with The Danvers State Hospital. It is the curse of modernity. Many new and alternative methods for dealing with the mentally insane, discovering of new treatments, plus the deinstitutionalization that was invented to help protect the patients just added speed to the whole process. 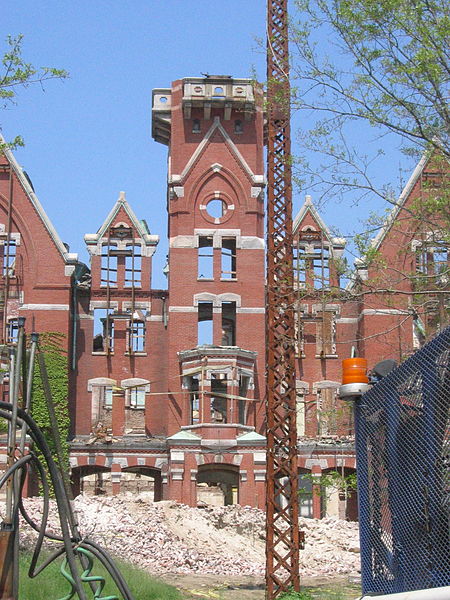 Demolition of the administration building. Author: Detmafilms CC BY 2.0 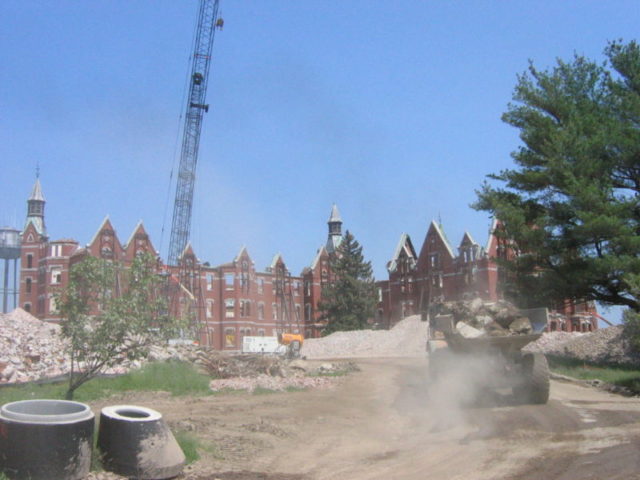 Demolition of the hospital.

And so the inevitable happened. The year was 1992, 114 years after the hospital had initially opened its doors it was time to shut them down for good. Slowly the hospital fell into despair. 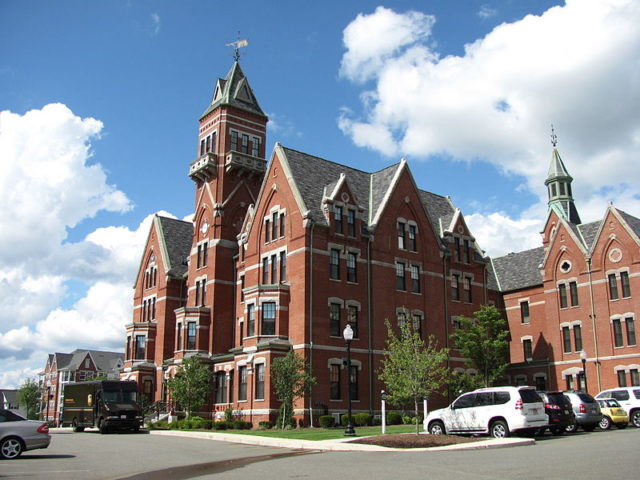 Kirkbride complex – a replica of the original. Author: Detmafilms CC BY 2.0

In June 2006, all of the Danvers State Hospital buildings that were marked for demolition had been levelled with the ground including those listed on the National Register of Historic Places.The exterior of the Kirkbride complex was preserved in the demolition as well the cemeteries, some blocked tunnels, the administration and the D and G wings.