To the west of Île de la Cité in Paris, France, there stands a massive building called the Conciergerie. Once a fragment of a royal palace, the Palais de la Cité, in its youthful days it was used as a prison, but nowadays it is home to some of France’s law courts. Its history is exhilarating and filled with the stories of many historical figures, hundreds of prisoners, and heads simply chopped off by guillotine, which is widely vilified as the symbol of the French Revolution. 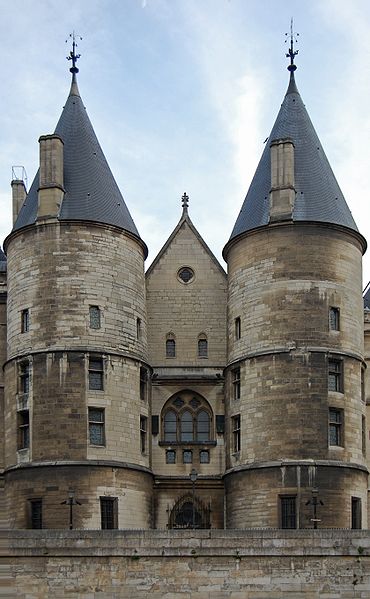 Closeup of the Conciergerie/ Author: King of Hearts – CC BY-SA 3.0

The guillotine itself is an old invention and references to its existence go as far as the 13th century. A book from that period The High History of the Holy Grail, translated into English by Sebastian Evans, writes “She setteth her hand toward the openings and draweth forth a pin that was fastened into the wall, and a cutting blade of steel droppeth down, of steel sharper than any razor, and closeth up the three openings. Even thus will I cut off their heads” 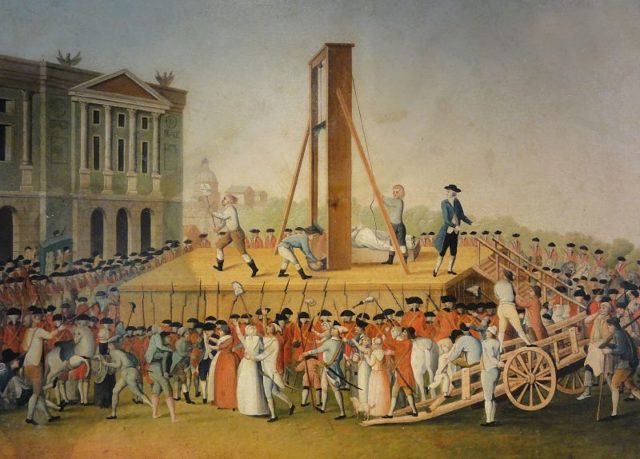 To understand this place better we need to travel back to the Dark Ages, during the reign of the Merovingian Dynasty. On this spot at that time there was a castle, a palace where the French Kings had their throne for centuries. And so from 1214 to 1314, under the rule of first King Louis IX, followed by King Philippe IV, the palace was reshaped and grown to a significant size. 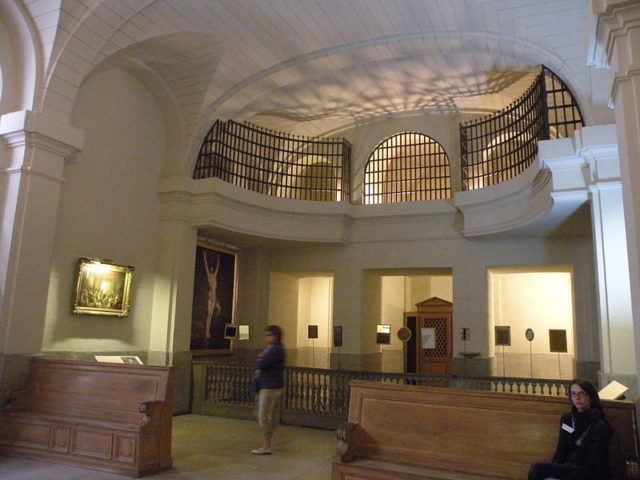 The Gothic style Sainte-Chapelle was an addition to this place and was built during the reign of Louis IX. It served as a royal chapel and was built to keep the “Crown of Thorns,” a holy relic brought back to France by the crusaders. Philippe IV took care of the façade and built the Great Hall, or Grande Salle as the French would call it, which was among the biggest in all of Europe. He also oversaw building of the Salle des Gens d’armes (Hall of the Soldiers) that luckily survives to this day. It has a length of 210 feet, a width of 90 feet and is 28 feet high. 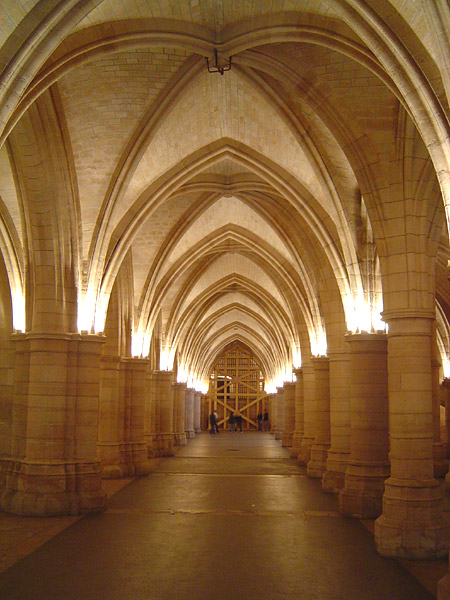 This is where the 2,000 palace staff had their dinner. Made of stone, it was kept warm by four enormous fireplaces and had natural lighting coming from a number of windows. 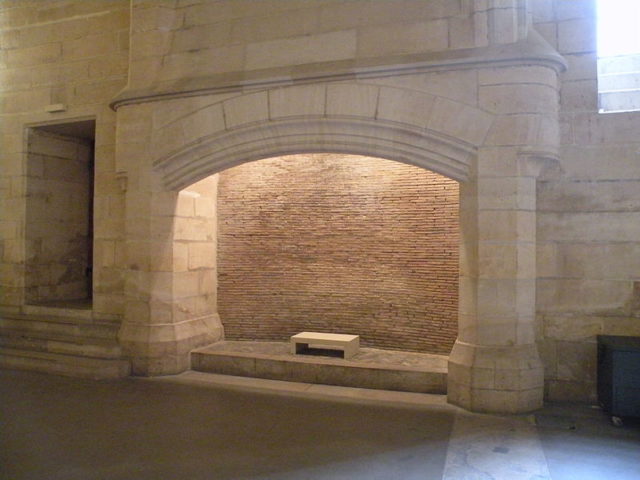 One of the enormous fireplaces/ Author: Chatsam – CC BY-SA 3.0

The Royal House of Valois continued these traditions of making additions to the palace, up until Charles V came to the throne. His decision was to leave Palais de la Cité and relocate his throne across to the other side of the river, to the famous Louvre Palace. From that point on, the palace was used for administrative tasks and housed the Parliament of France. 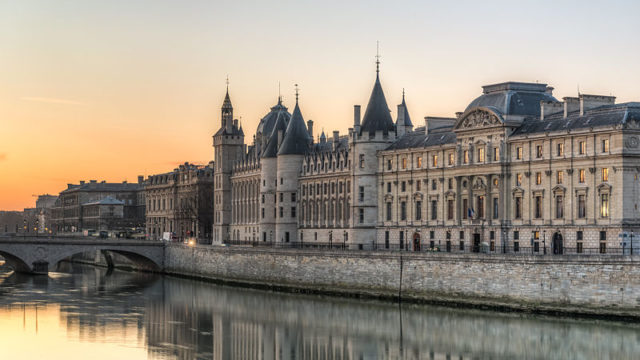 In the absence of the king, a concierge was selected who was responsible for the palace. It was during 1391, that part of the Conciergerie became a prison that housed a number of everyday criminals, but also a number of political prisoners. 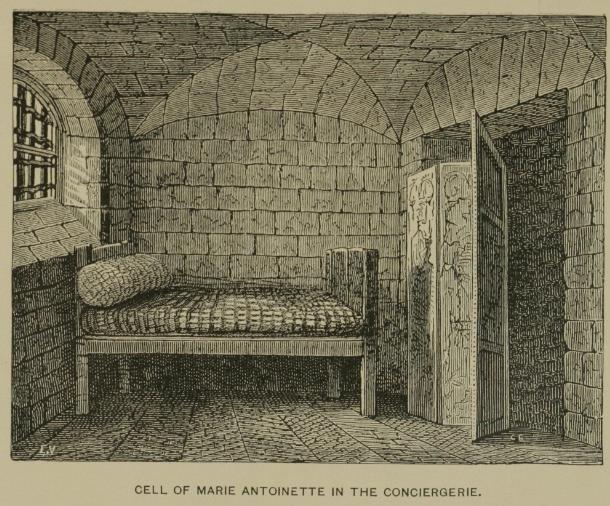 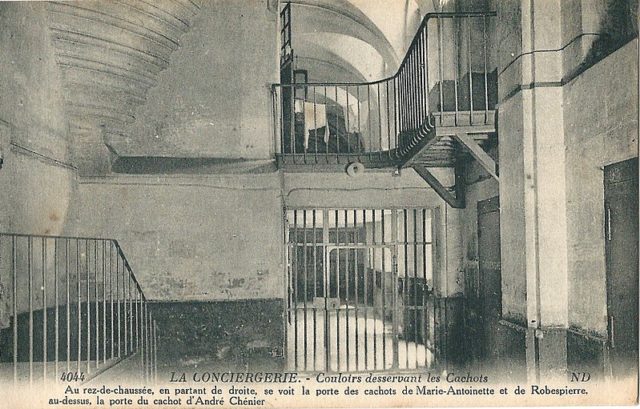 The palace as a prison/ Author: auteur inconnu

The rule back then was a simple one–the more money you had and the greater your social status, the better treatment you got. This meant that important social figures, and those who were wealthy enough, were placed in a cell with a normal bed and a desk with writing materials and books. The middle class of that period were locked in a cell that had a pretty dreadful bed and, if you are lucky enough, a table. These cells were named pistols. 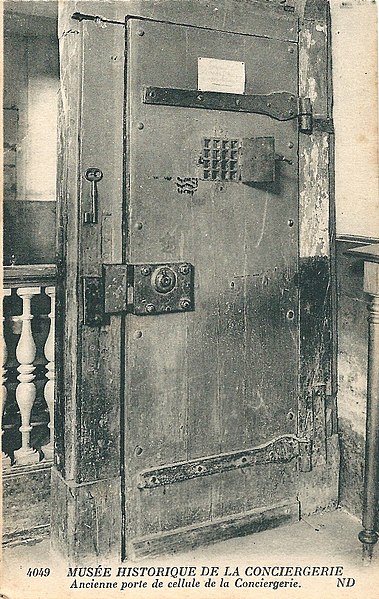 Those less fortunate were thrown into cells known as oubliettes. Dark, frightful and rat-infested, these lockups were where the poor were thrown and forgotten. With nothing but cold stone beneath them, and sanitary conditions worse than a healthy mind can comprehend, they most often died of some form of sickness. 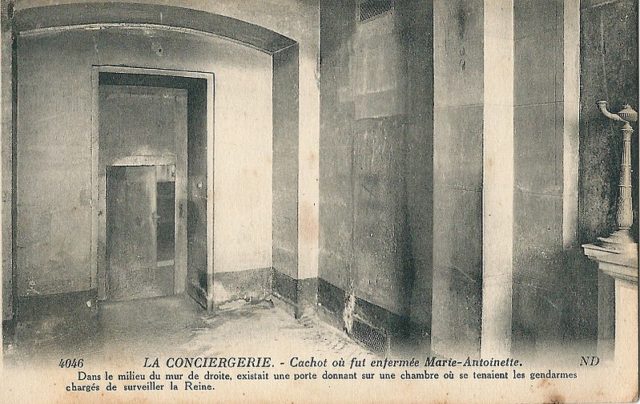 Among the most famous prisoners that were locked in this place, ruled by venal jailers and vicious guards, was Marie Antoinette: the last Queen of France. 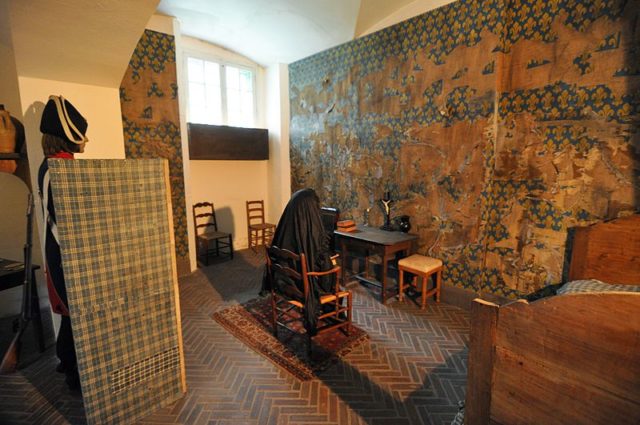 The story of this prison and palace end in 1914 when it was officially decommissioned. Now this place is a famous tourist destination, even though only a fraction of the building is open to the public.