The Midland Grand Hotel: used as a filming location for parts of Harry Potter, 102 Dalmatians and Richard III

In 1865, a competition was held for the design of a new grand hotel in London. The competition was organized by the Midland Railway Company (MRC) and anyone was free to participate.

The resulting build was a 150-bed hotel at the heart of Central London, next to St. Pancras railway station, which was at the time still being constructed.

A total of 11 designs were sent to the Midland Railway Company. The winner was experienced architect George Gilbert Scott, who designed the University of Glasgow, the Albert Memorial, and the Chapel of King’s College London, to name only a few of his projects. 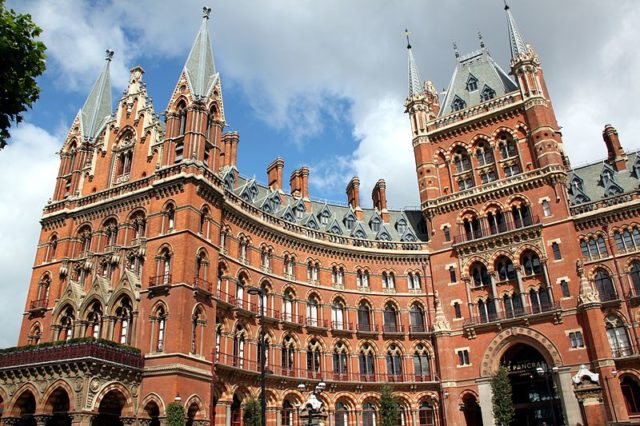 The Midland Railway Company was blown away by the lavishness of Scott’s hotel and, although the plans differed from the original specifications, began construction. 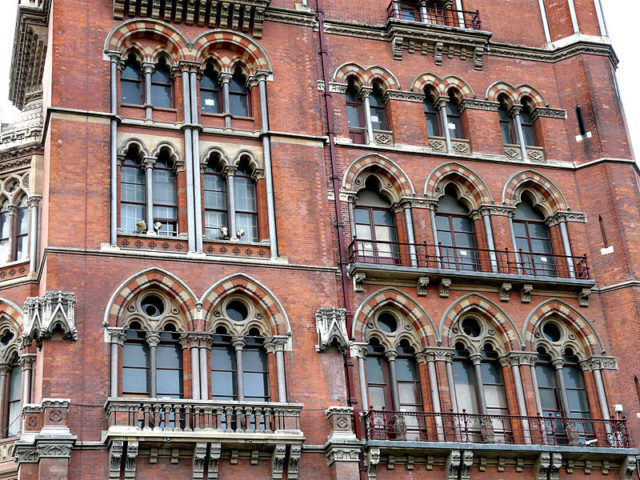 Close-up of the hotel’s architecture. Author: Jynto – CC BY 3.0

However, a bigger hotel meant bigger construction costs and, for this reason, a story was taken off the original designs. Scott had planned for the hotel to tower five stories above street level but only four were built, although MRC often portrayed it with its missing top floor in publicity.

The east wing was completed on May 5, 1873, and was opened to the general public. A gentleman by the name of Herr Etzensberger was appointed the General Manager. 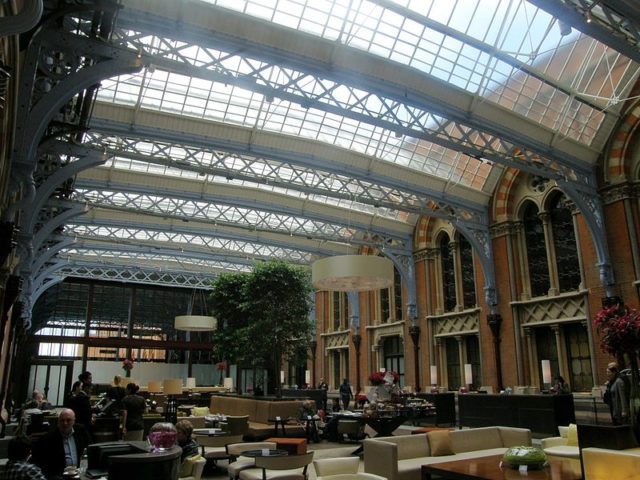 One year later, the rest of the hotel was also completed and opened. Just as Scott envisioned, it was very extravagant, with a grand staircase, golden decorations, and a hearth in every room.

By today’s standards, the lack of bathrooms in the rooms would pose a problem, but this was quite normal back then. The hotel was equipped with hydraulic elevators, revolving doors, fireproof floors, and many other state-of-the-art features. 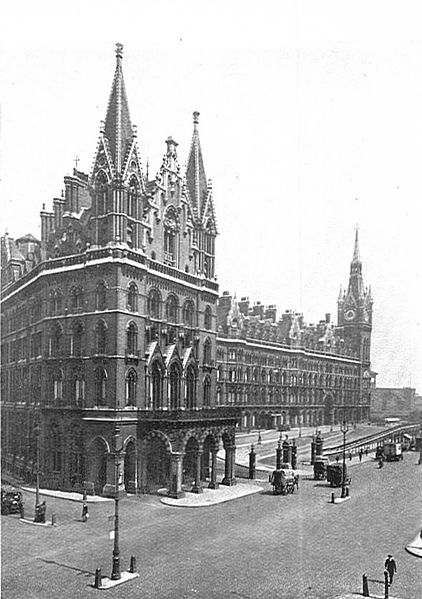 The architectural elements were harmoniously balanced and, despite the missing story, the hotel stood tall and strong. “Inside, it is a thing of movement, a web of stairs and endless corridors.

Even the coffee room, one of its most splendid interiors, is built on a radiused curve, like a railway viaduct, as if you had not quite left a train carriage,” writes the Guardian. 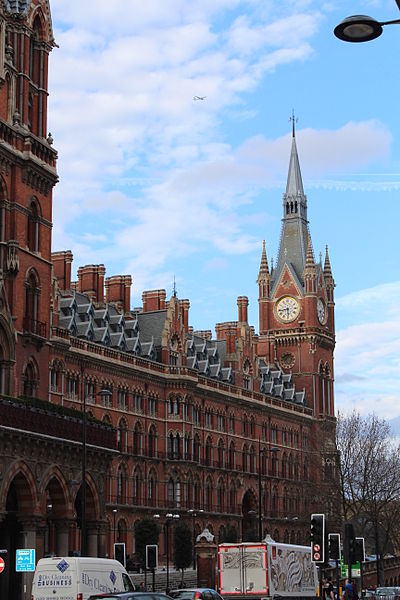 The interior was filled with dazzling colors, with features in blue, green, yellow, gold, and pink. It prospered well for years, accommodating thousands of guests. In 1922, the London, Midland and Scottish Railway purchased the hotel. 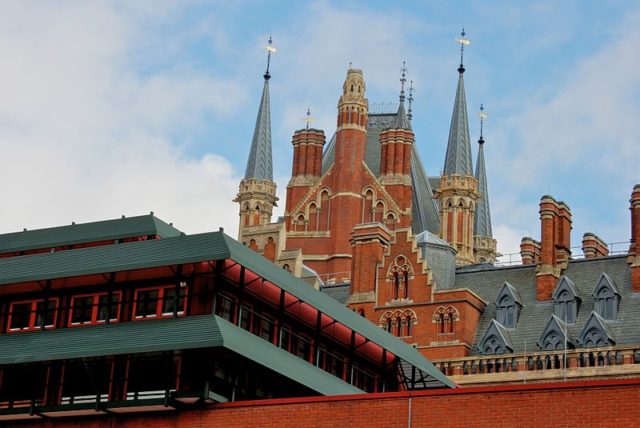 They ran the establishment until 1935 when sadly its doors were closed and it was left vacant due to high maintenance costs. As there were no bathrooms in the rooms, a great number of employees were required just to take care of the chamber pots, spittoons, and tubs.

It wasn’t long before the hotel was renamed St. Pancras Chambers and was converted into an office building. At one point, there were plans to demolish it but it was saved and received a Grade I listed building status, thanks to Jane Hughes Fawcett, who fought furiously to preserve Victorian buildings in London. 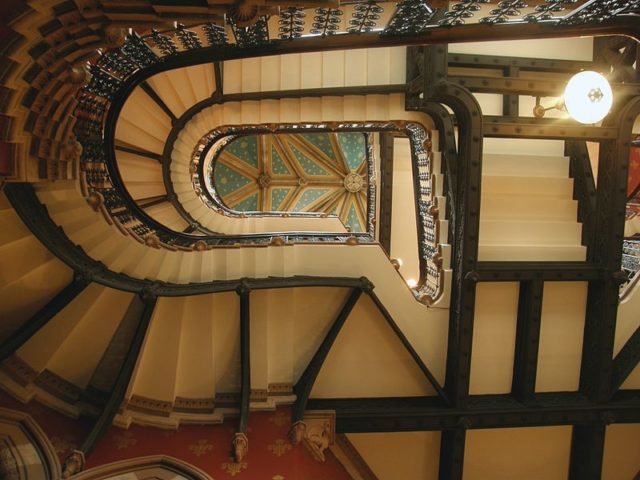 The site remained in use as an office building until it was closed in the 1980s. In 2004, plans were made to redevelop it into a new hotel. The plans went ahead and the new hotel has 244 bedrooms, two bars, and multiple restaurants. A room costs around $340 a night or $13,500 for a Royal Suite.

Parts of Harry Potter, Richard III, 102 Dalmatians, and even the music video for “Wannabe” by the Spice Girls were filmed at the hotel. Today, it remains popular and accommodates thousands of guests each year.

« Berlin City Palace: altered constantly for hundreds of years, before being bombed, demolished, and eventually rebuilt with a modern interior
Lamphey Bishop’s Palace: was once a luxurious retreat for medieval bishops »