With America expanding west during the 1800s, the need arose for new prison facilities. For those located in the southwest, the answer to this issue was the Missouri State Penitentiary, the area’s largest and most effective maximum security prison. During its nearly century and a half of operations, it housed many famous names and earned itself a reputation as “the bloodiest 47 acres in America.”

Construction of the Missouri State Penitentiary

Following Missouri being admitted as a state in 1821, debates were held as to which city would be its capital. In 1831, Jefferson City held the rather tenuous title, leading Governor John Miller to suggest a prison be built in the area. It was his belief the facility would ensure the city remained the state’s seat of government. 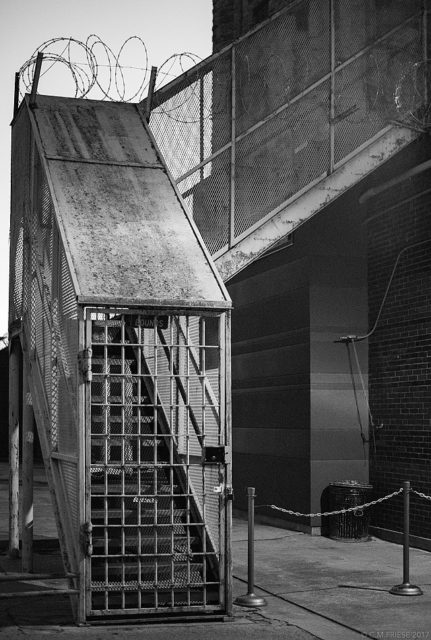 Two years later, the Missouri House of Representatives passed a bill to build a penitentiary in Jefferson City, and in 1934 construction began along the banks of the Missouri River. The facility was designed by John Haviland, the brains behind Pennsylvania’s Eastern State Penitentiary. He was aided by master stonemason, James Dunnica, who’d built the city’s first Capitol building.

The state’s legislature allotted $25,000 for the project.

“The bloodiest 47 acres in America”

The Missouri State Penitentiary officially welcomed its first prisoner, Wilson Eidson, in 1836. During its first four years of operation, its population consisted of 15 prisoners, one warden, one guard, and a brick-making foreman and his assistant. Of the 15 inmates, 11 were from St. Louis and all but one were imprisoned for larceny. The lone outlier had stabbed a man during a drunken brawl. 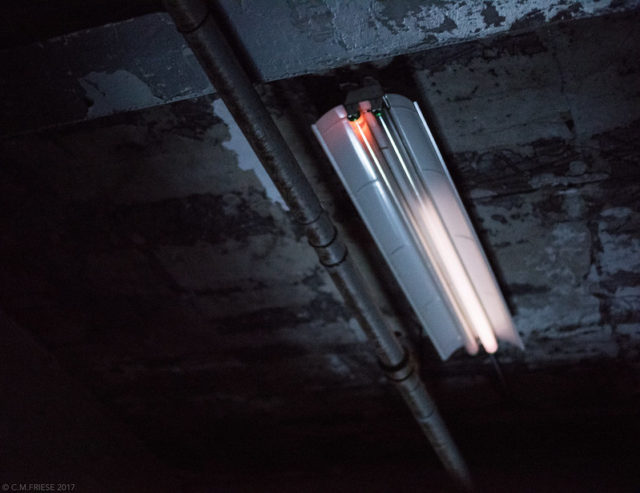 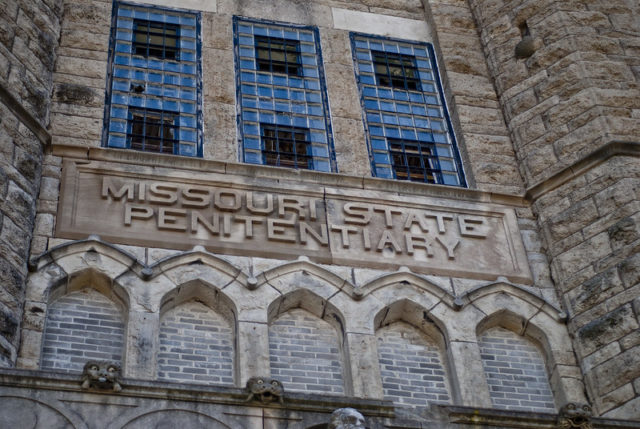 In 1842, the penitentiary welcomed its first female prison, Amelia Eddy. While it housed women for the majority of its years, the vast majority of female inmates arrived during World War I. Although some were imprisoned for serious crimes, like murder, the majority were charged with violations of naturalization, conspiracy, or immigration laws, coinciding with the era’s heightened fears. 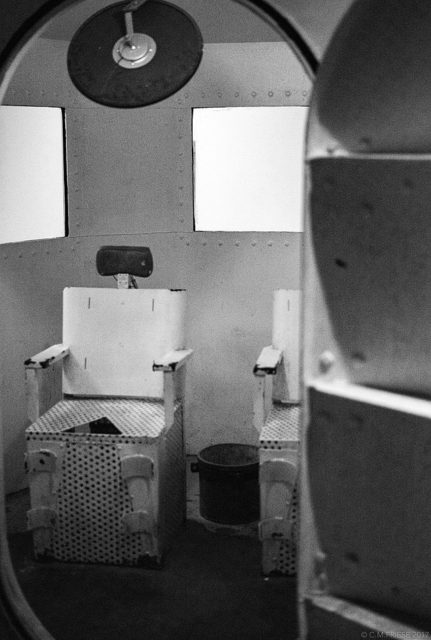 Construction continued long after the Missouri State Penitentiary opened, including the building of A-Hall, which housed post-Civil War criminals. The efforts were largely completed by inmates, who also contributed to a number of other industries. This included working in six major shoe factories and the largest saddletree factory in the world. 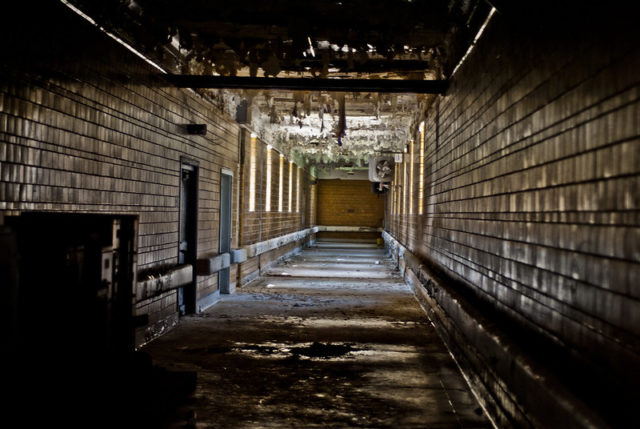 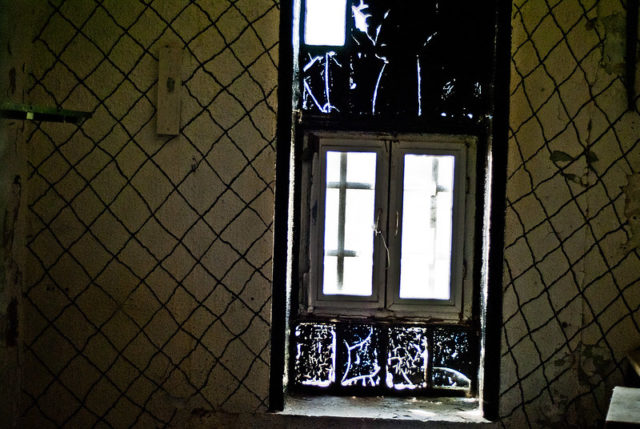 A gas chamber was installed in 1937 using stone from the prison quarry. A total of 40 executions occurred here, with death row inmates being held in a below-ground unit. This practice continued until death row was eradicated at the penitentiary in 1989. This partially led to Time dubbing it “the bloodiest 47 acres in America,” along with the high number of assaults that took place. 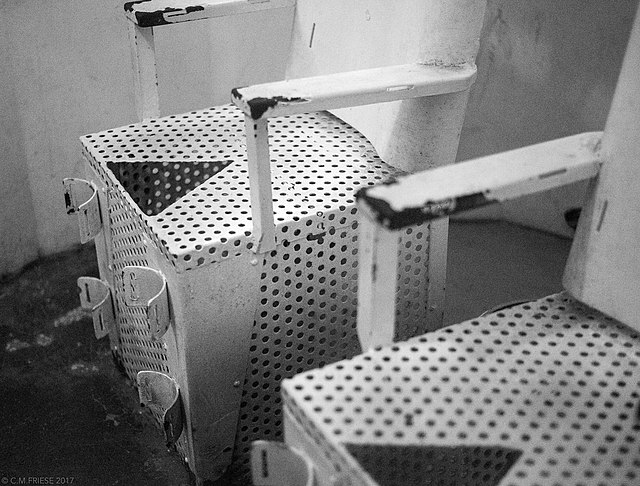 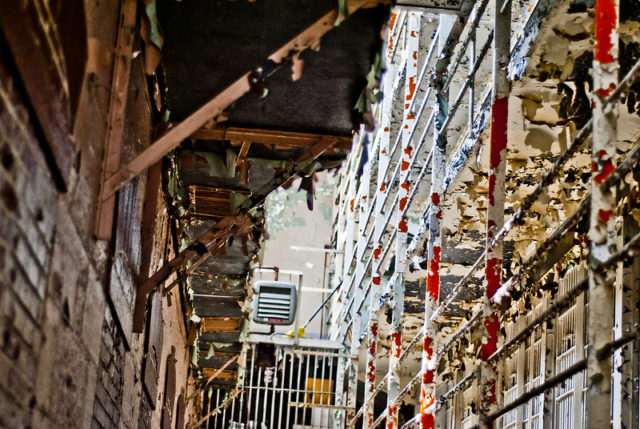 On September 22, 1954, a riot occurred after inmates ambushed a pair of guards. The Missouri State Highway Patrol; police departments from St. Louis, Jefferson City and Kansas City; and the Missouri National Guard were called in to quell the riot, which resulted in the death of four inmates. Another 29 were injured, as were four guards, and an estimated $5 million in damages was caused. 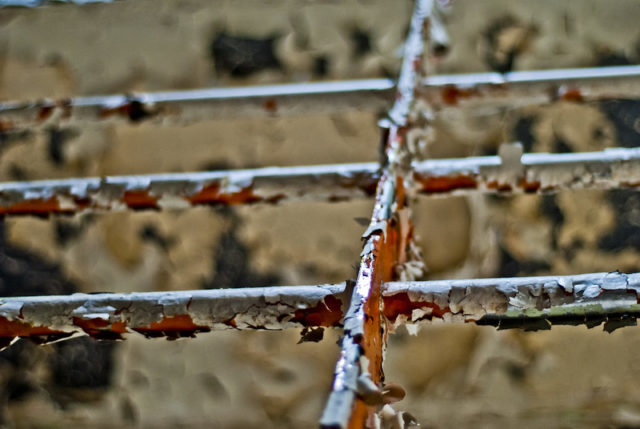 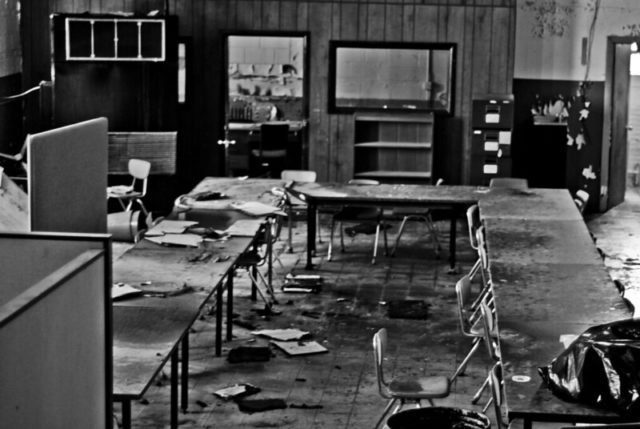 The Missouri State Penitentiary was decommissioned in September 2004. Its 1,355 inmates were transferred to the newly-built Jefferson City Correctional Center.

During its 168 years, the Missouri State Penitentiary housed a number of famous inmates. These included Charles “Pretty Boy” Floyd, an American bank robber whose exploits received widespread media coverage during the 1930s. He was later killed by a group of agents from the Bureau of Investigation. 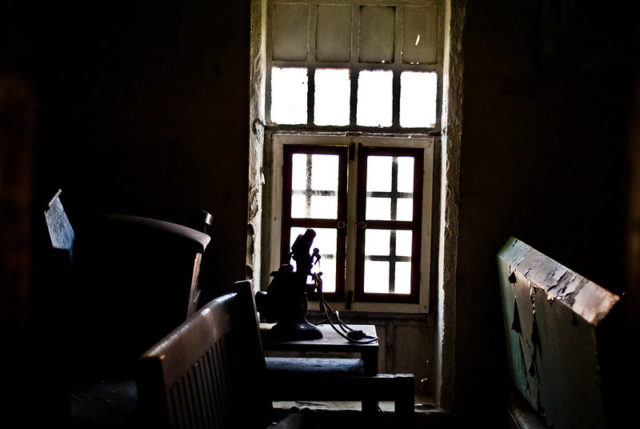 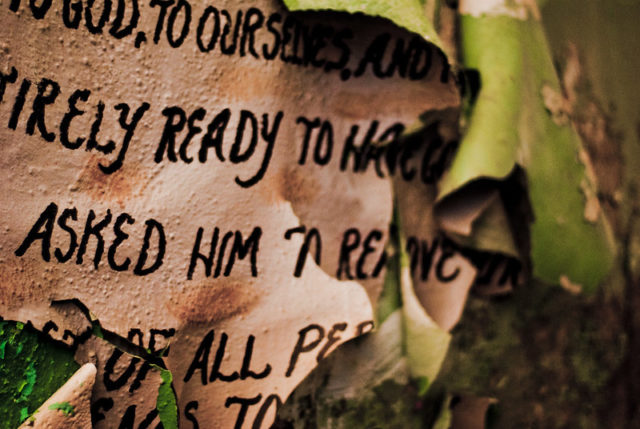 Another famous prisoner was Charles “Sonny” Liston, who arrived at the penitentiary in 1950, where he was to serve time for two charges of larceny and two of robbery with a deadly weapon. Liston was actually discovered while serving time. The publisher of a St. Louis newspaper saw him boxing and asked the Board of Probation to release him on parole. He went on to fight Muhammad Ali in 1964. 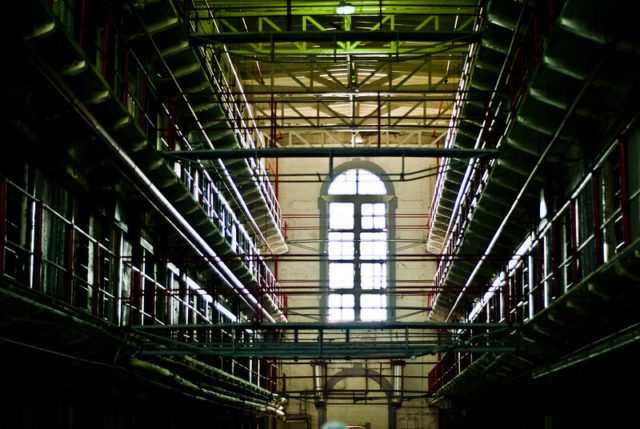 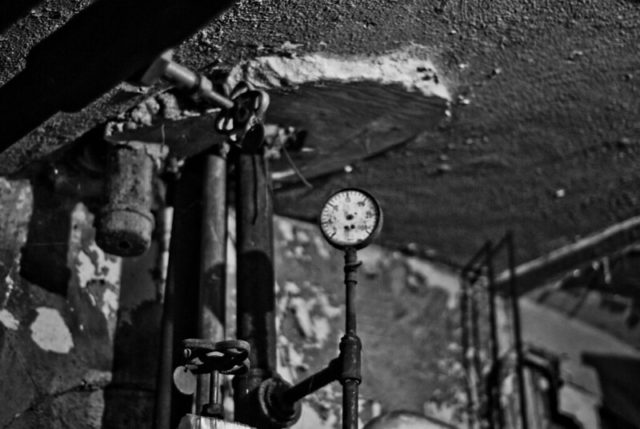 Other inmates included Katie O’Hare, who later became an advocate for prison reform; John B. “Firebug” Johnson, one of the most infamous prisoners ever housed at the Missouri State Penitentiary; and James Earl Ray, the man behind the assassination of Civil Rights leader, Martin Luther King Jr. 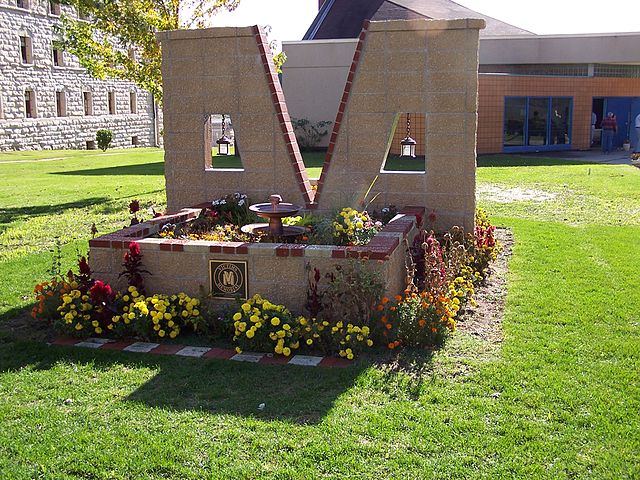 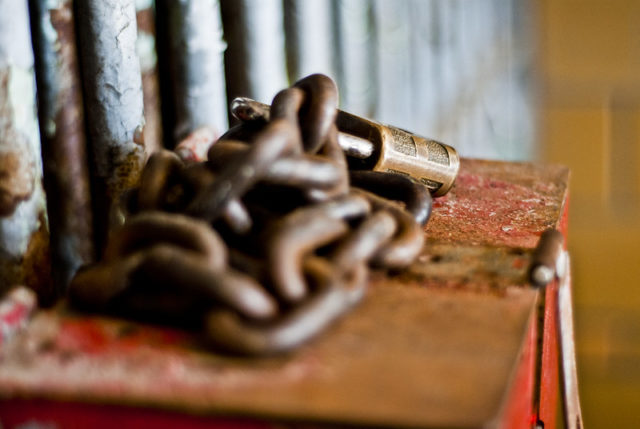 In the mid-1980s, officials with the penitentiary, the Division of Adult Institutions, and the Department of Corrections discovered an old cellblock predating the Civil War. According to research, the six cells, dubbed the “Centennial Cells” are believed to be the oldest existing structures on the property. Preservation efforts began in 2019 and were completed in August 2020. 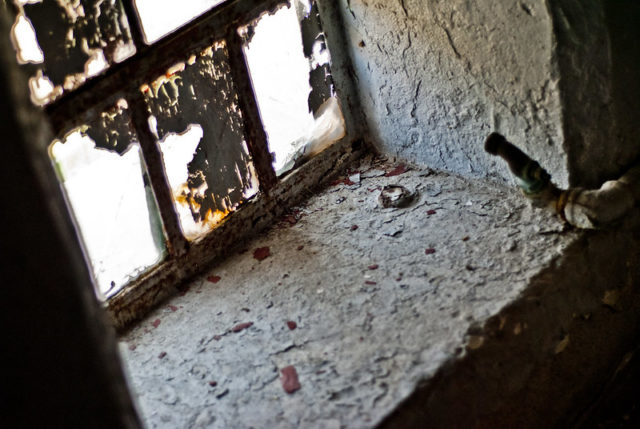 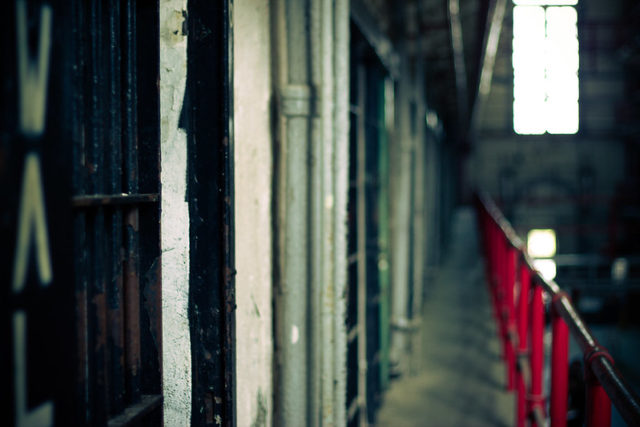 The penitentiary is considered one of the most haunted prisons in America, and has been visited by countless paranormal investigators. Visitors to A-Hall have reported smelling body odor, being touched by ghostly hands, strange movements in the dark, and an apparition of a man walking along the catwalk. In addition, equipment is known to malfunction, and disembodied voices have been captured on recorders. 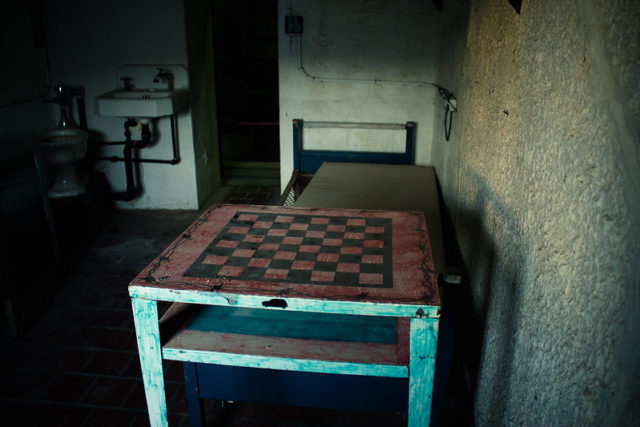 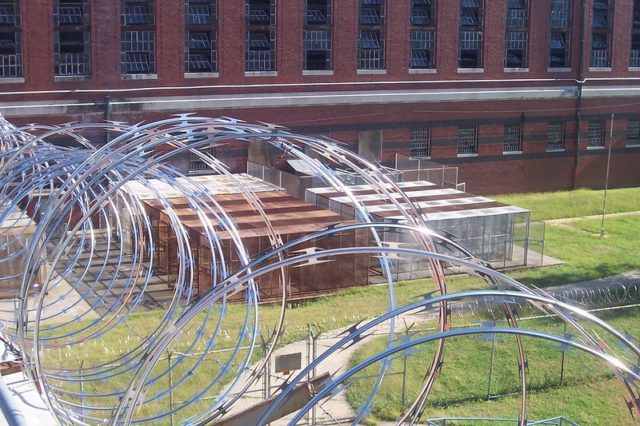 While walking through the old facilities, people have also complained of cell doors slamming shut, loud banging, objects moving, ghostly footsteps, and feelings of dread and sorrow. In the Control Room, there have been reports of a ghostly entity known as “Fast Jack,” who wears a white lab coat and carries around a clipboard. He’s believed to have been a trustee who worked in the penitentiary’s hospital.