RMS Mauretania: The fastest and largest ocean liner of its day

According to the Paris Review, “Mauretania, possibly derived from a native word or from the Greek for ‘dark’ (or ‘obscure’)—the root that eventually informed the term Moor.” The story of RMS Mauretania begins with SS Kaiser Wilhelm der Grosse, the German ocean liner that was once considered to be the world’s fastest and largest ship.

When measured in 1897, SS Kaiser Wilhelm der Grosse was able to reach a top speed of 22 knots (25 mph). By doing so, the vessel managed to take the title of the fastest Atlantic-crossing passenger liner from the Cunard Line’s RMS Campania. 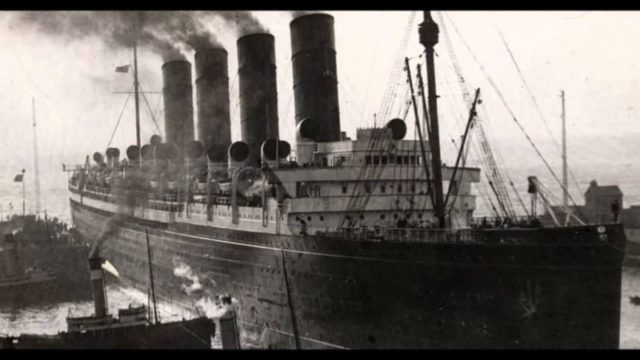 In no time, German vessels became the most dominant in the waters of the Atlantic. By the start of 1906, Germany already had five ships cruising the Atlantic, four of which were under the ownership of Norddeutscher Lloyd. 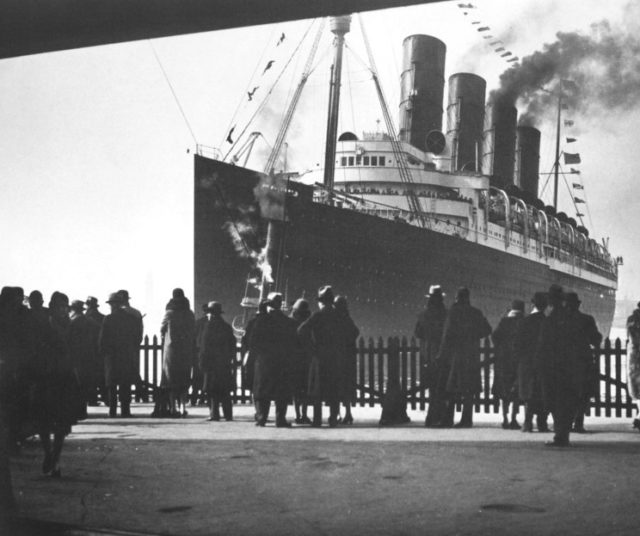 With a loan of £2.6 million, equating to roughly £250 million or $380 million in today’s money, the construction of two seafaring vessels commenced. Their names were Mauretania and Lusitania. They were both designed by master engineer Leonard Peskett.

Peskett had help from Swan Hunter & Wigham Richardson and John Brown & Company, who made sure that RMS Mauretania would surpass the top speed of the aforementioned German ship. The initial design of the new ship appeared an issue of Shipbuilder’s magazine, and in 1904 construction began.

By 1906, RMS Mauretania was completed. Anne Innes-Ker, the Duchess of Roxburghe, had the honor of launching the ship – at the time the largest ship the world had ever witnessed. 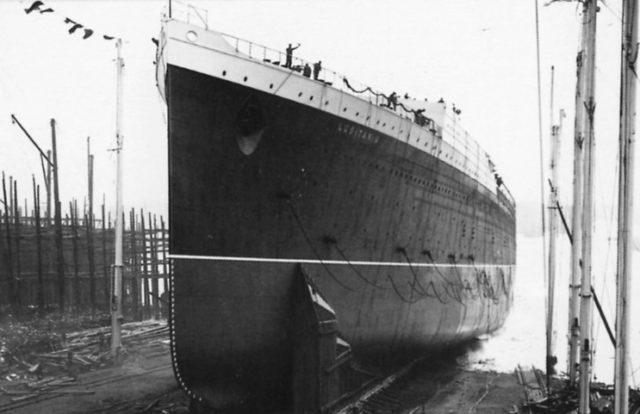 The interior of the vessel, designed by British architect Harold Peto, was as impressive as the exterior. The interior featured 28 types of wood, large amounts of marble, and plentiful tapestries. People were so impressed by the ship that they began to gossip; a rumor was spread that the wood paneling had been carved by no less than 300 Palestinian craftsmen.

The dining room was adorned with an impressive skylight and the ship was equipped with a number of elevators. In 1907, RMS Mauretania officially became the world’s fastest ship. On April 10, 1912, the vessel was on its way from Liverpool to New York. That same day, RMS Titanic set off on its maiden voyage, which would also turn out to be its last. 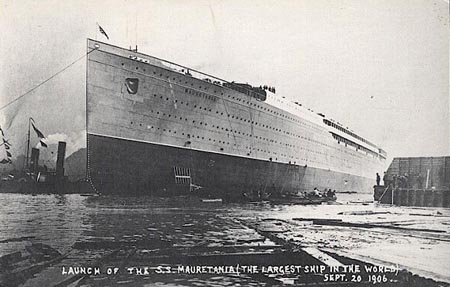 RMS Mauretania wasn’t without its dark moments. In 1914, four people were killed and six more were injured by an explosion when a gas cylinder burst. The ship was quickly repaired and returned to service two months later.

From 1914 to 1919, RMS Mauretania was converted into an armed merchant cruiser. After World War I, the ship was returned to service as a passenger liner. RMS Mauretania had her last voyage in 1934, before being docked at Southampton and retired from service.

One year later, the ship was scrapped and part of its furniture was taken to a bar in Bristol that was named “Mauretania Public House.”

« St. Benet’s Abbey, England: The only monastery that wasn’t closed by Henry VIII
San Ignacio Church: A church with a gripping past that was lost during the Battle of Manila »