The Spirits of the Communist Era Almost Completely Abandoned

Buzludzha or Бузлуджа is a hill located in the Central Balkan Mountains in Bulgaria. Standing tall and proud with its 4,500 feet height, this hill took part in the legendary final battle between the Bulgarians led by Hadji Dimitar and Stefan Karadzha the head of the Ottoman Empire.

Here also one can find the House-Monument of the Bulgarian Communist Party or as it was once called Buzludzha Monument.

Located at the summit of this hill and built during the peak of the Bulgarian communist regime, this building looks more like a spaceship than a conservative communist building. Its foundations were laid on 24th of January 1974 following the design of Georgi Stoilov.

After a few boxes of TNT to level the peak of this hill, the construction began. The price that was paid to bring this building into life was 14,186,000 levs, or $35 million.

The doors of the “communist space-ship” were opened on the 23 August 1981, and those same doors were closed for good in 1989 when the Bulgarian government decided to no longer maintain this building.

Inside the brutal architecture, we can find the murals of the Fathers of the communism, namely Friedrich Engels, Karl Marx, and Vladimir Lenin. 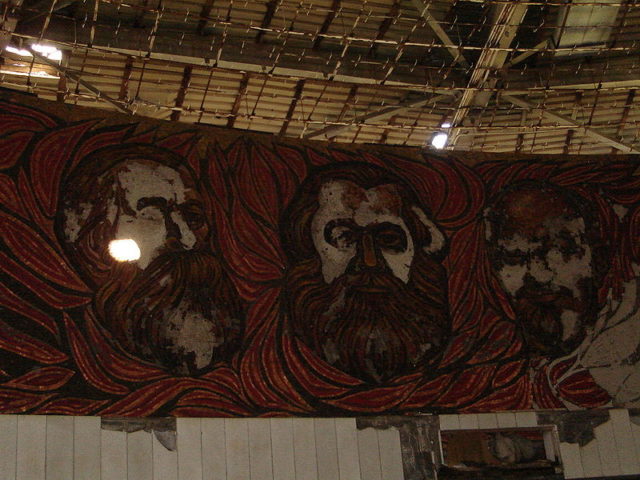 Time being what it is, has destroyed a lot of the roof but – here in the middle of it all and among and above the ruins we can see the famous communist logo – Hammer and Sickle. 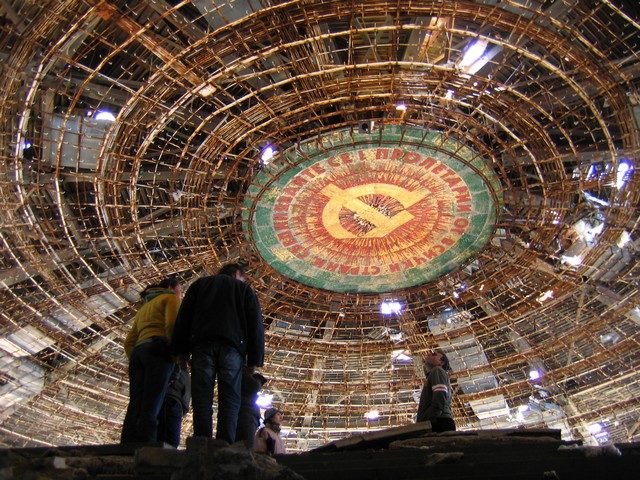 Buzludzha ceiling as seen from below the main platform.

Recently, the roof has become dangerous and this building is now closed to the public. But curiosity always finds a way to surprise, and after a while, a small gap on the right-hand side of the building was formed. This same gap was used by vandals to destroy what little was left and by urban explorers to preserve what little remained. 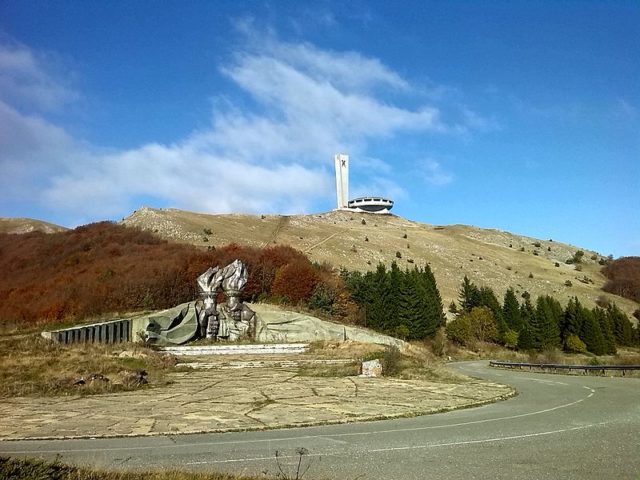 To quote Todor Zhivkov “Let the pathways leading here – to the legendary Buzludzha Peak, here in the Stara Planina where the first Marxists came to continue the work of sacred and pure love that was started by Bulgaria’s socialist writers and philosophers – never fall into disrepair.” But disrepair is all that is left from this building today. 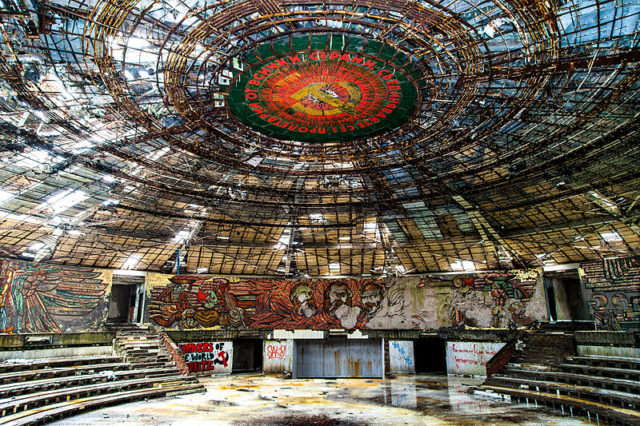 The government took no action in repairing this monument but the street artists did, and now this building is home to thousands of graffiti scattered all over the walls, mixing the conservative with the modern.

« The Catacombs of Paris: an enormous labyrinth under the City of Light
The Atlantic Wall – the Failed German Defensive Plan of WW2 »