Located near Fredericksburg, deep in the Virginia wetlands, are the rotting remains of the state’s Renaissance Faire. The attempt to bring the medieval era to the 20th century was intended to be a popular tourist attraction. However, the company behind it failed to take into account just how remote the location was – oh, and the swarms of mosquitoes that frequently feasted on guests. 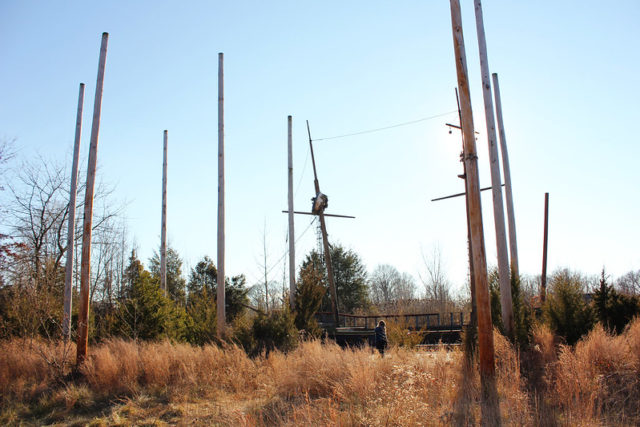 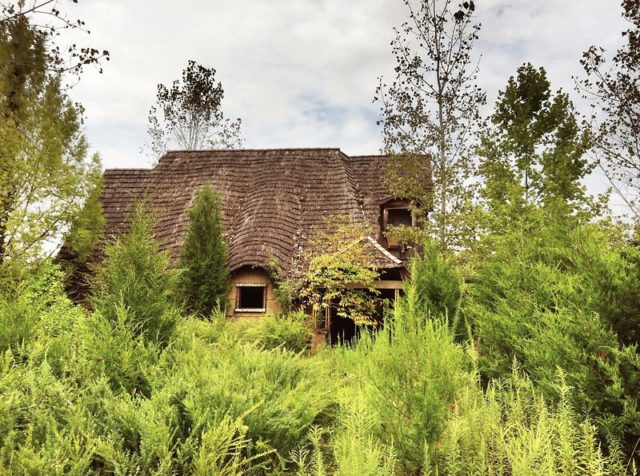 The Renaissance Faire was built by the Renaissance Entertainment Corporation. What’s more, it was constructed on land that used to belong to Mary Bell Washington, the mother of George Washington. The company’s goal was to create a replica of a medieval square, complete with cottages and inns built with thatched roofs, and even circular guard towers. There was also a mead hall, a jousting area, and dozens of stores and workshops.

The aim was to make visitors feel as if they’d been transported back in time – and that’s exactly the atmosphere the park gave off… at first. 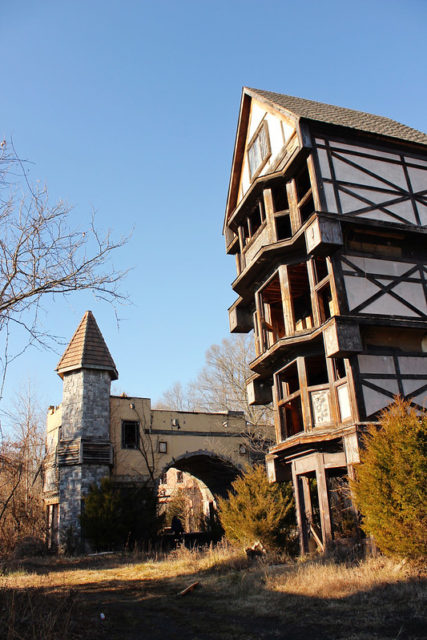 The main attraction at the Renaissance Faire was a replica of a medieval-era ship. Located in a small pond on the property, it featured a stage where entertainers put on performances for guests.

During its first year in 1996, hundreds of visitors from across the United States flocked to Fredericksburg to experience life during the Middle Ages. However, it wasn’t long before the park began to suffer financial issues, culminating in its closure just three years later. Following this, props and decorations were transported to a similar attraction in Wisconsin. 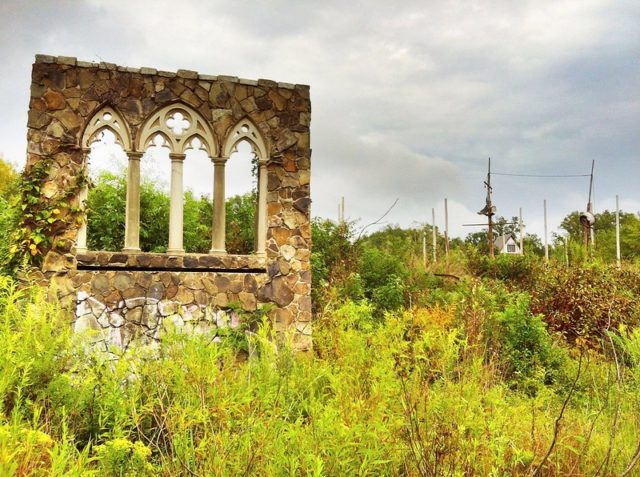 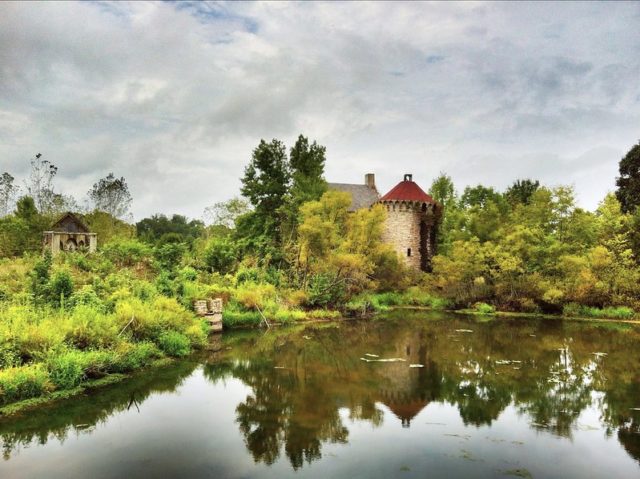 Why did the Virginia Renaissance Faire fail? The primary reason has to do with its location. The park was constructed in a remote part of the state, on an isolated road with very little on it. For guests and workers, it was a journey to simply get there. Pair that with a lack of parking and little in the way of nearby hotels, and many couldn’t justify the trip.

Another reason the park failed is simple, but gross: bugs. The pond in which the ship sat was a breeding ground for mosquitoes, meaning guests who didn’t wear bug spray were essentially eaten alive. What’s more, the tall grass that surrounded the Renaissance Faire was infested with ticks – more bloodsuckers the public didn’t want to deal with. 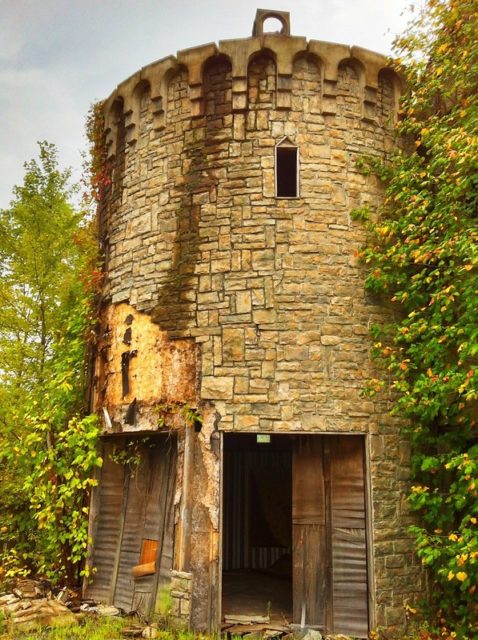 Today, the majority of the property has been reclaimed by nature. The buildings and other structures are in such bad shape that they’re beginning to collapse (if they haven’t already), and those that remain standing have had their walls covered in graffiti and their windows smashed.

The paths that once led guests to the various attractions that made up the Renaissance Faire have since disappeared under the tall grass. When paired with the vines that have crept their way up exterior walls and into buildings, it won’t be long until the park is completely swallowed up by mother nature. 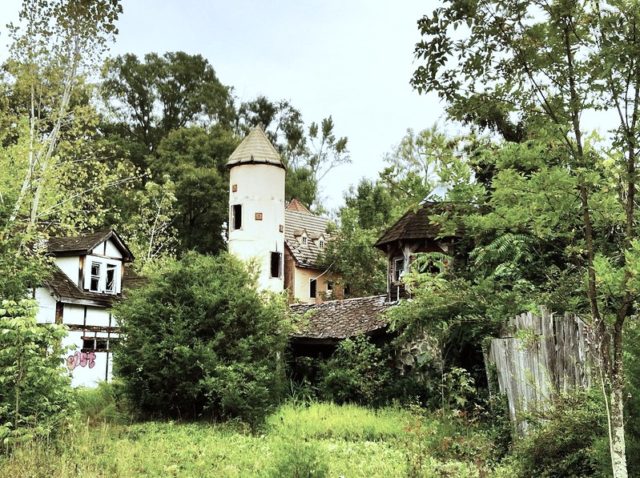 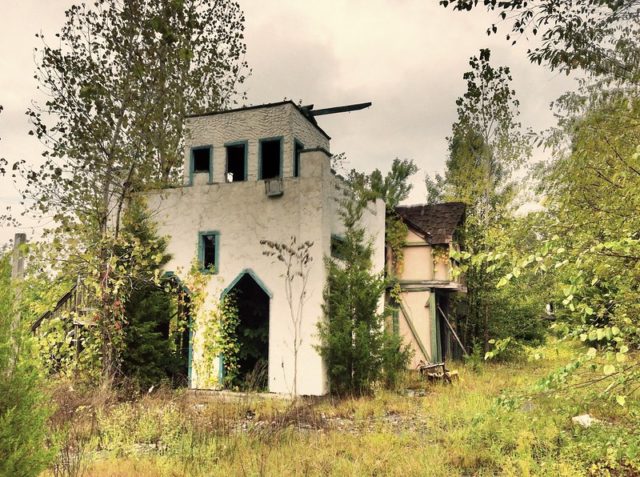 While urban explorers might want to travel to Virginia to explore the Renaissance Faire, it should be noted that the property is monitored by the Stafford County Sheriff’s Department. As well, a local sportsman club uses the area for hunting and shooting, meaning anyone walking through the park needs to exercise caution.

« Why Were Nine Concrete Ships Scuttled Near the Mouth of the Chesapeake Bay?
Popeye Village: The Abandoned Film Set Turned Popular Tourist Attraction »