Prison farms are a long-held concept in the United States, wherein convicts work in the manufacturing of agricultural goods and other industries. While today they tend to center around logging and mining, in the early-to-mid-1900s they largely focused on growing crops, raising animals and working on municipal construction projects.

The Atlanta Prison Farm is located at 561 Key Road in DeKalb County, Georgia. It was initially proposed to be a Confederate cemetery in the 1860s, but this idea was dashed following the South’s defeat to the Union forces. The property was then owned by the federal government, which planned to build a prisoners of war camp. 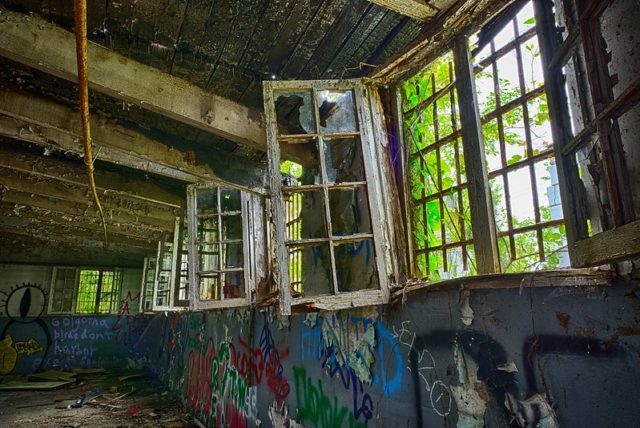 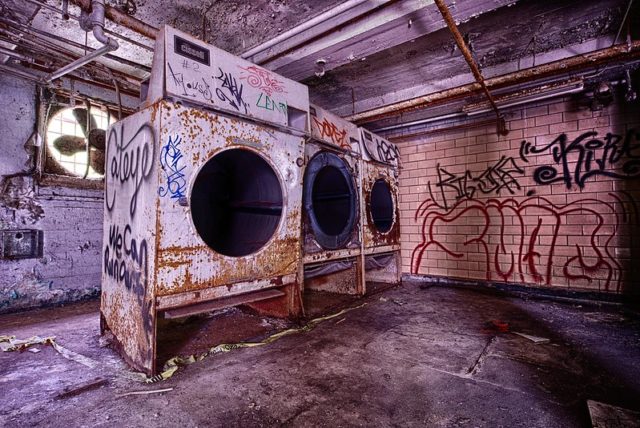 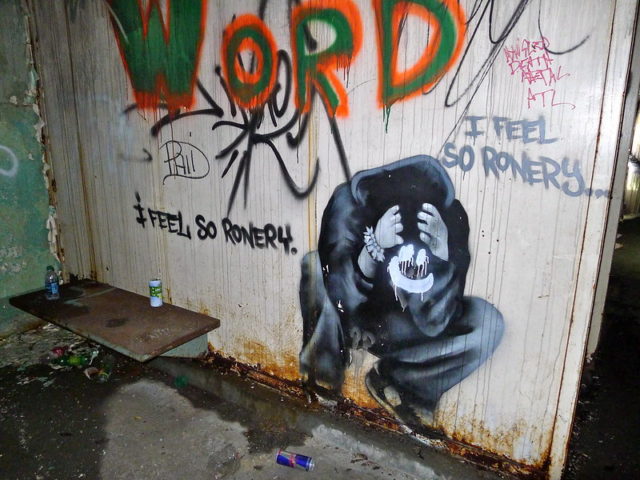 The land was sold to the city of Atlanta a year later, and not long after, the Honor Farm was established. The system by which the prison farm ran was becoming more and more common across the country, and allowed convicts who had been deemed “trustworthy” to work off their time as state laborers. 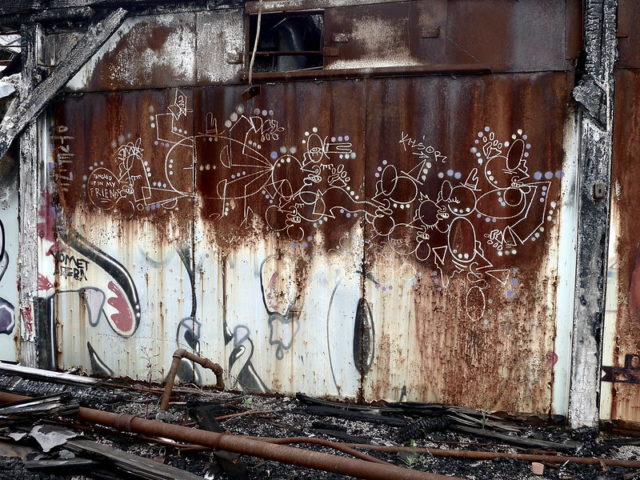 The concept was a hit with local officials, who appreciated the “free” labor the prisoners provided. The fact those incarcerated at the Honor Farm were viewed as less violent also resulted in the property lacking any real form of security, including cell bars and armed guards.

By 1935, the majority of prisoners worked on construction projects and farming the property’s 300 acres, becoming largely self-sustaining.

A troubled and murky history

Records for the Honor Farm – later named the Atlanta Prison Farm – are murky after 1935, with the last recorded evidence of its use as a prison coming in the form of a health inspection report from 1971. Despite records being sparse, there have been attempts to frame the institution as a reformatory, something critics have been vocal about. 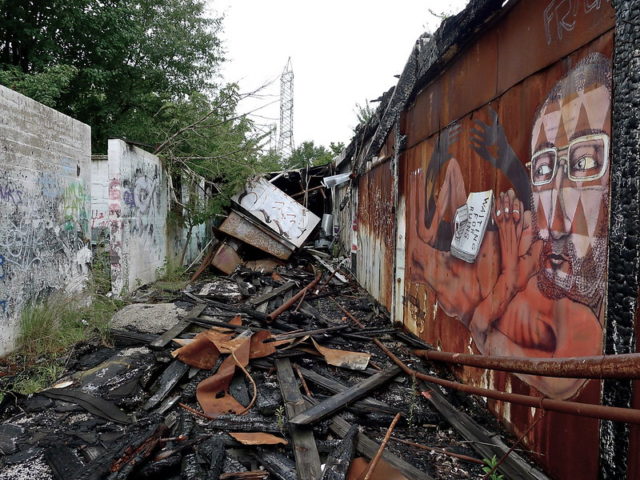 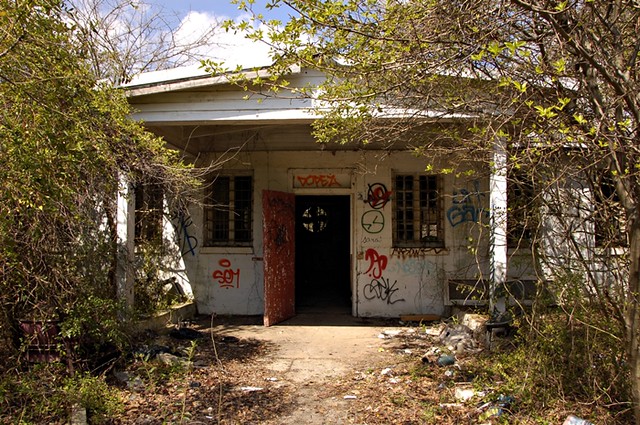 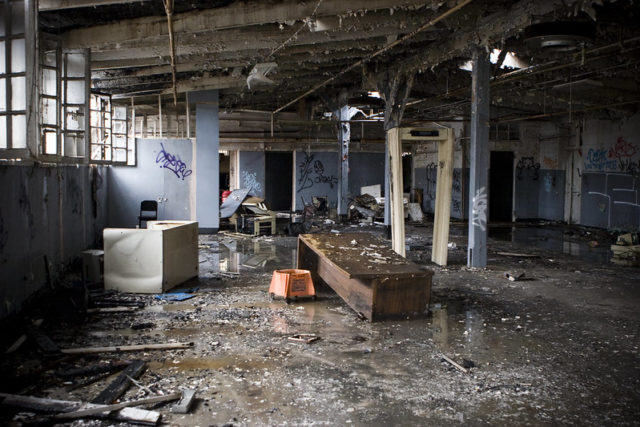 According to newspaper articles, inspection records and firsthand accounts from nurses who worked there, the prison farm was overcrowded and its inmates were disproportionately African-Americans who’d committed minor crimes. Other prisoners were homeless alcoholics who were no strangers to Atlanta’s prison system.

Of its most famous inmates was Stokely Carmichael, who was held for several days during the Civil Rights era on loitering charges. 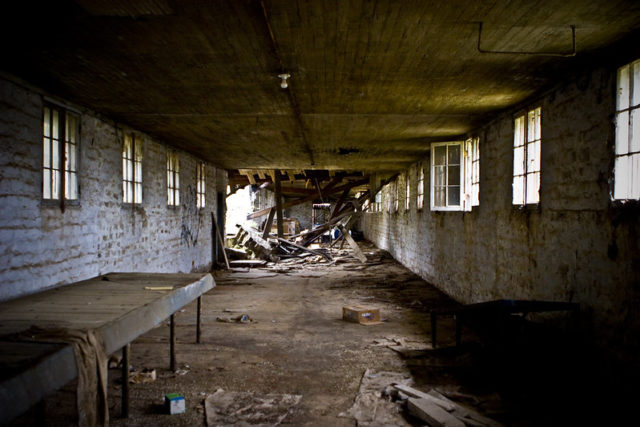 There were also issues when it came to healthcare, with nurses having to beg the government for additional tuberculosis tests due to overcrowding. In 1944, prisoners also had to construct a new building, after one of the older ones was designated as a hospital to treat inmates with venereal diseases. 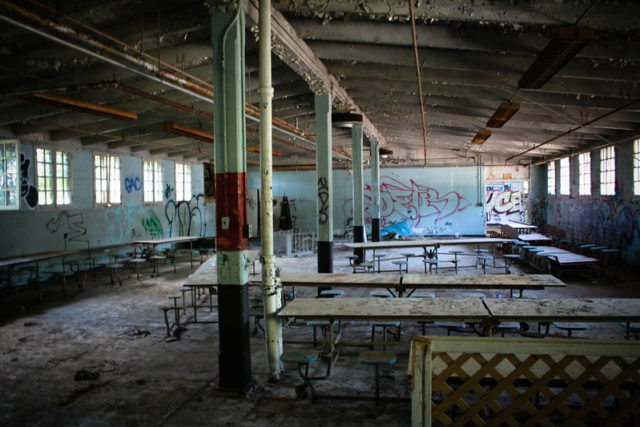 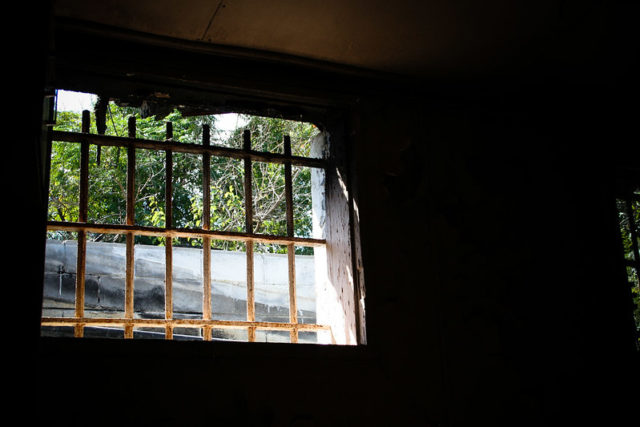 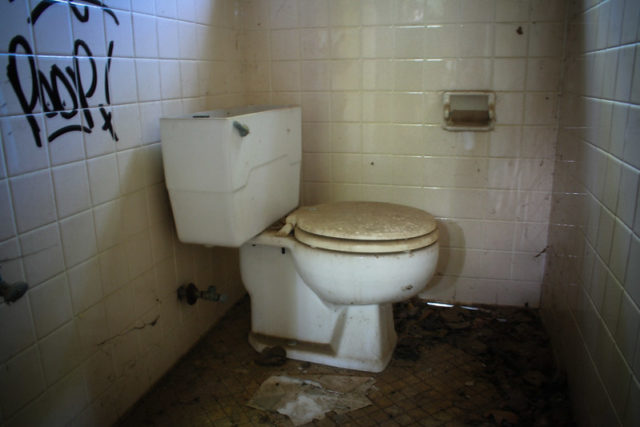 Housing more than 700 prisoners, the Atlanta Prison Farm grew a variety of crops and raised livestock, including donkeys that pulled Martin Luther King Jr.‘s casket following his assassination in 1968. They were also given the gruesome task of digging and maintaining animal graves.

Its future use is debated

Today, the Atlanta Prison Farm is slowly decaying. Its walls are covered in graffiti, and the greenery of nature has steadily taken over. Given its abandoned state, it’s become a popular dumping site, with the most notable trash piles being tires stacked along the south side and entrance to the building.

In an attempt to keep people off the property, the city of Atlanta has installed concrete barriers, fences and motion detectors. 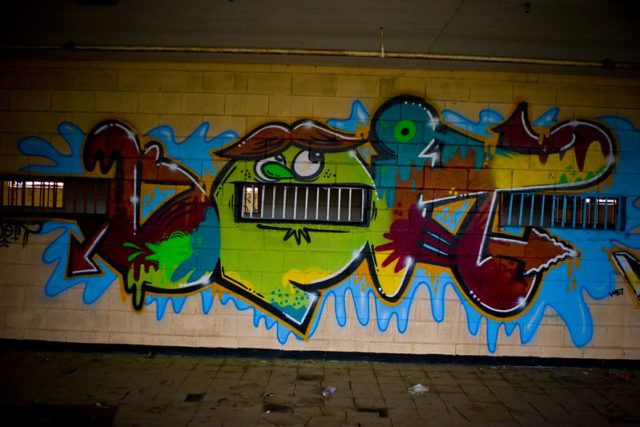 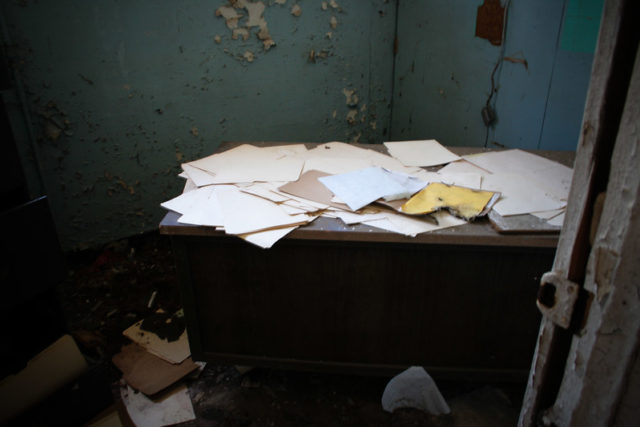 The prison farm has been the victim of numerous fires in the years since its closure. The largest was in 2009 and was so strong that the fire department made the decision to let it burn itself out. This was followed by smaller fires and another larger one in 2017, which took more than a day to extinguish. 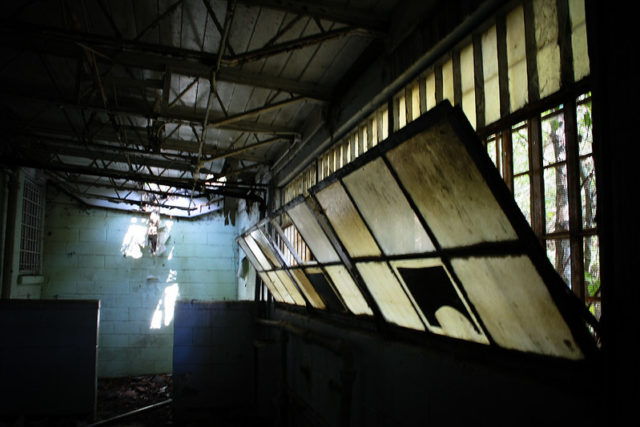 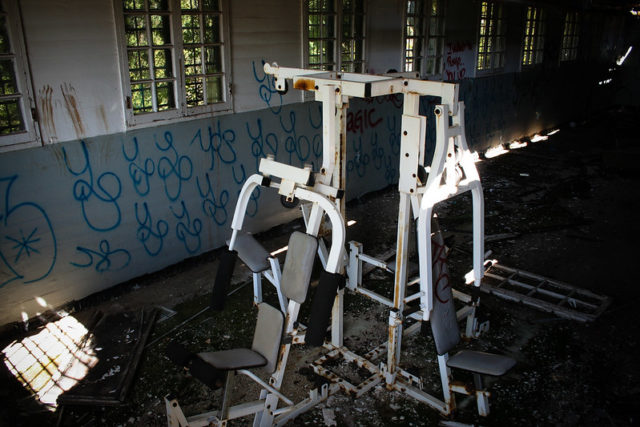 There have been many attempts over the years to turn the property into something that can be used by the public, but each proposal has been met with backlash and issues, largely due to the fact that, while it’s owned by the city of Atlanta, it’s located within DeKalb County. This issue became especially prevalent when it was proposed the property be turned into a 500-acre park. As can be expected, the back-and-forth resulted in the project being abandoned. 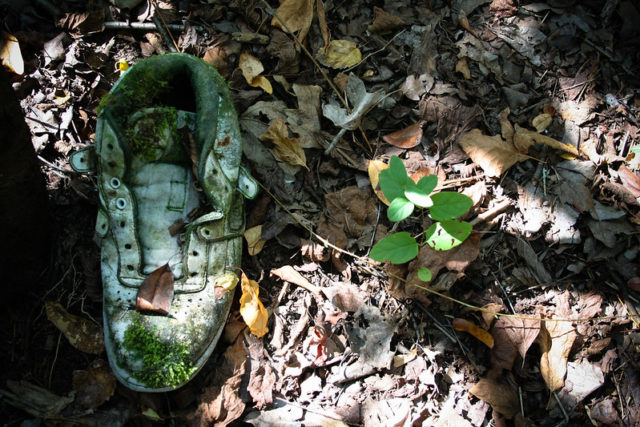 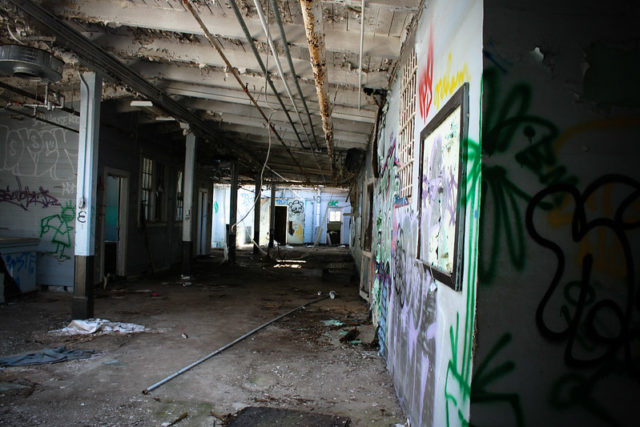 In September 2021, Atlanta City Council approved a proposal to build a training facility for firefighters and police officers on 85 of the property’s 300 acres. This includes a place where firefighters can practice running into burning buildings and where officers can practice such tactics as detonating explosives and shooting guns.

The remainder of the land would be turned into green space. 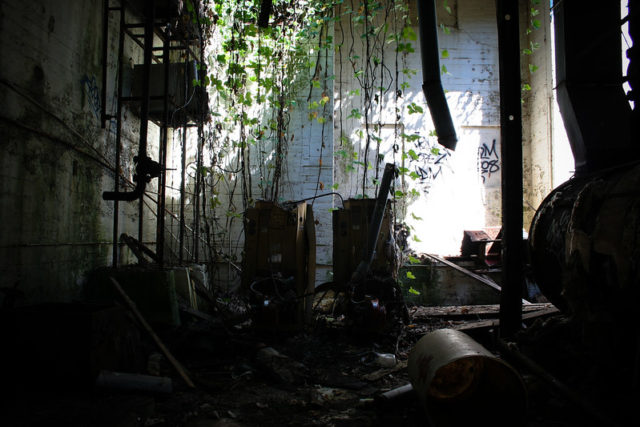 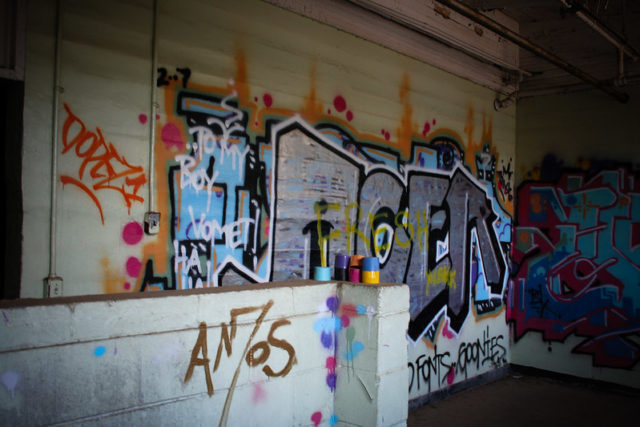 The proposal has been met with pushback from the public, who have dubbed the project “Cop City.” They claim it will have a negative environmental impact on the area, especially for nearby neighborhoods that largely consist of African-American families. They also point out that there were already plans for green-space that had been turned down, leading them to question why that would be denied, while this accepted.

The decision is not final, however. Atlanta’s incoming mayor could veto the project, which will have to undergo an environmental analysis, should it proceed. 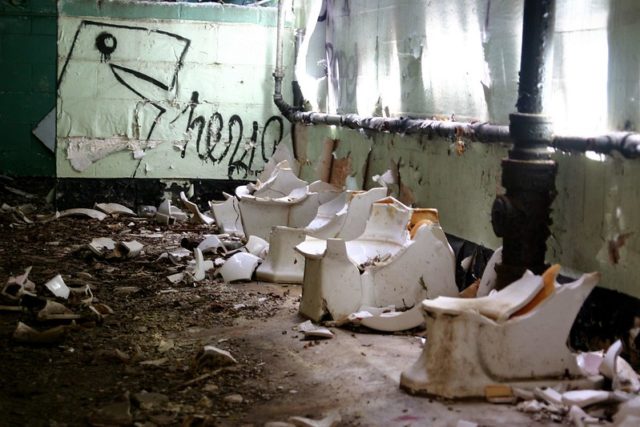 More from us: Coldbath Fields Prison and the Cato Street Conspiracy

Those wishing to visit the Atlanta Prison Farm before it’s demolished should be advised that it’s a no trespassing zone and is filled with hidden dangers. As well, local business owners are known to contact the authorities on those who park at their locations and walk over to the site.